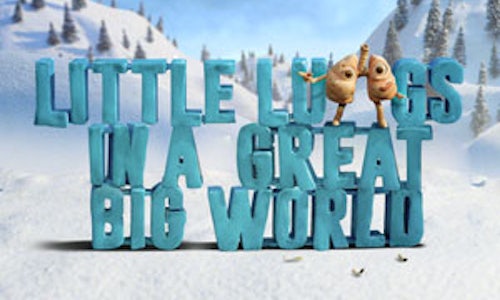 In the U.S., cigarette smoking kills more people than AIDS, alcohol, car accidents, homicide, suicide, illegal drugs, and fires combined. Addressing teen tobacco use continues to be important in the fight against smoking – and its costs to the nation's public health – because nearly nine out of 10 adult daily smokers started smoking before they were 18 years old. Many teens at risk for trying a cigarette think they know everything about the consequences of smoking, because everyone, for their entire life, has been telling them that smoking is harmful. Despite that knowledge, they're still open to trying a cigarette.

The Real Cost campaign focuses primarily on the health consequences of smoking that feel immediate to our at-risk teen audience, including the cosmetic consequences such as premature aging of the skin and tooth loss resulting from gum disease. Research has shown that these "immediate-seeming" consequences have more power to change teens' smoking-related intentions and behaviors than more long-term consequences like lung cancer and heart disease, because teens believe they'll stop smoking before long-term consequences affect them.

After three years in market, The Real Cost campaign sought ways to expand our messaging while continuing to make the consequences feel relevant to teens now. In addition, we wanted to explore a creative approach beyond our unsettling, "doom and gloom" executions, as we're always looking for ways to make our content feel fresh.

Our objective: Keep teens tuned in, while delivering "new news" in a new way.

Our target is teens (12–17) who are open to smoking or already experimenting with cigarettes. Research has identified key risk factors for teen smoking, including: lower socioeconomic status, being surrounded by smokers, chaotic home environments, low risk perceptions, and stress.

Teens have heard about lung cancer for years, so we investigated new lung consequences from smoking to grab their attention. Our research revealed that the consequence of stunted lungs from having smoked during adolescence was relevant and motivating to at-risk teens. This message punctured their veneer of invincibility and created a sense of them not living up to their full potential. This was something they saw as too important to lose to cigarettes. We now had our "new news."

While investigating how to push our creative outside the "doom and gloom" creative approach, we found teenagers are particularly fond of edgy comedy that pushes the boundaries of good taste and even veers toward the shocking. Our target over-indexes in shows like Family Guy, Happy Tree Friends, American Dad, and Bob's Burgers. We drew inspiration from these shows to serve our target valuable information in an entertaining package that would entice them and keep them coming back for more. Animation was our "new way" to message.

Little Lungs is a stop-motion animated pair of lungs eager to take on the world – but he smoked as a teenager and never grew to normal size. When his regular-size lung friends invite him to go on adventures, Little Lungs can't keep up, and his limited air capacity leads to his "tragicomic" demise.

Ultimately, Little Lungs is an endearing, yet flawed, character, one we become emotionally invested in, as we would any underdog, yet we know he will never come out on top. For the first time in our quantitative copy testing, more than half (56%) of the teens responded with, "I'd like to watch another ad," when asked, "what do you want to do after seeing this ad?"

To ensure our content was easily and infinitely shareable, we took an online-only approach. Each platform delivered the full Little Lungs story, showcasing all of his adventures. If a teen saw our content on Instagram, they wouldn't have to leave Instagram to be immersed in the entire Little Lungs experience.

The Little Lungs campaign lived across various digital platforms, launching on March 15, 2017. We engaged teens using tailored tactics (e.g., Facebook Canvas, Instagram takeover, videos, YouTube playlist) and unifying the campaign with the hashtag #LittleLungs, allowing teens to easily find additional content so they could dig deeper into the Little Lungs story. By using topical hashtags (e.g., #snowboard, #birthday), we inserted our message into conversation threads relevant to our audience, spreading the story even further. We also worked with teen-relevant partners, such as popular WWE wrestlers and Adult Swim's game, Robot Unicorn Attack, to help communicate the Little Lungs story on other platforms.

"Also gotta love it when it's unnecessarily gory, but disturbs me heavily. After this, I don't care how accurate it is, I think this is gonna pop into my head every time I see a cigarette." – Steve S., Facebook

"I love how aggressive these videos are XD" – njrotc_.kid, Instagram

"It shows that smoking is deathly and ugly" – Chris T., Facebook

"These animations will help ppl realize what it (smoking) will do to them." – leesiie, Instagram

We kept the target engaged with a new creative approach to delivering tobacco prevention messaging.

Video for Little Lungs in a Great Big World 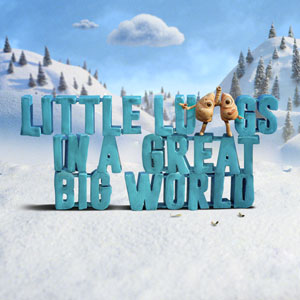