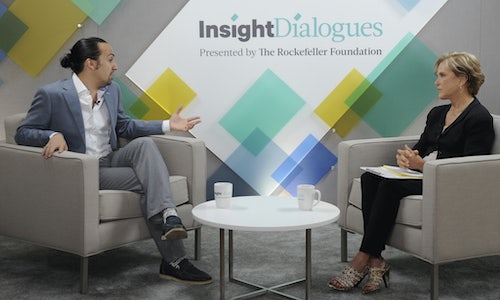 For more than 100 years, The Rockefeller Foundation's mission has been to promote the well-being of humanity throughout the world. In an effort to extend the reach of the Foundation's philanthropic efforts to new and diverse audiences, RF|Binder was tasked with developing a content-centric platform that not only complemented the Foundation's existing visual language, but also built a unique and recognizable brand asset.

In 2016, we worked with The Rockefeller Foundation to develop, launch and promote Insight Dialogues – a live event and digital series focused on sparking global conversations and actions across the most pressing issues of our time.

Insight Dialogues was established as a sub-brand of The Rockefeller Foundation, embodying their belief in bringing together the world's most influential people to exchange ideas, seed innovations and solve problems.

Informed by our in-depth research into influencers in issue areas that aligned with those of the Foundation, top leaders across industries to attend the live event, and a media partner to amplify the content created across digital and social media, RF|Binder developed a three-pronged strategy for Insight Dialogues, which consisted of creating, capturing and distributing high-quality, multimedia content and call-to-actions. Each phase was designed to surface key insights from the live events and engage global audiences in dialogue about some of today's most pressing issues.

In the creating phase, we developed Insight Dialogues and all its visual components, including a graphic identity, a series announcement video aimed at introducing Insight Dialogues and conceived a series program for the live event aimed at bringing together today's purpose-driven leaders in a talk show-like setting with an engaged, live audience.

In the capturing phase, we directed and produced a series of short- and long-form videos with a recognizable editorial format aimed at capturing specific moments of insight during each installment of Insight Dialogues in formats that enabled audiences to view, like, comment and share on a variety of social platforms. We also designed a series of social cards aimed at showcasing key insights from Insight Dialogues and encouraging additional engagement.

In the distributing phase, we leveraged our media partnership with The Huffington Post to amplify Insight Dialogues by securing editorial, video and social support of series content. We also utilized a mix of owned, earned and paid media promotions to further amplify each installment of Insight Dialogues.

Employing the tactics across our multi-platform campaign, RF|Binder successfully led a global audience to engage in conversations about gender equality, diversity in the arts and youth employment by:

After three installments of Insight Dialogues in 2016, The Rockefeller Foundation and RF|Binder effectively helped spark global conversations around some of today's most pressing challenges, delivering a consistent message and call-to-action across various traditional and digital channels. Key results from the campaign include: 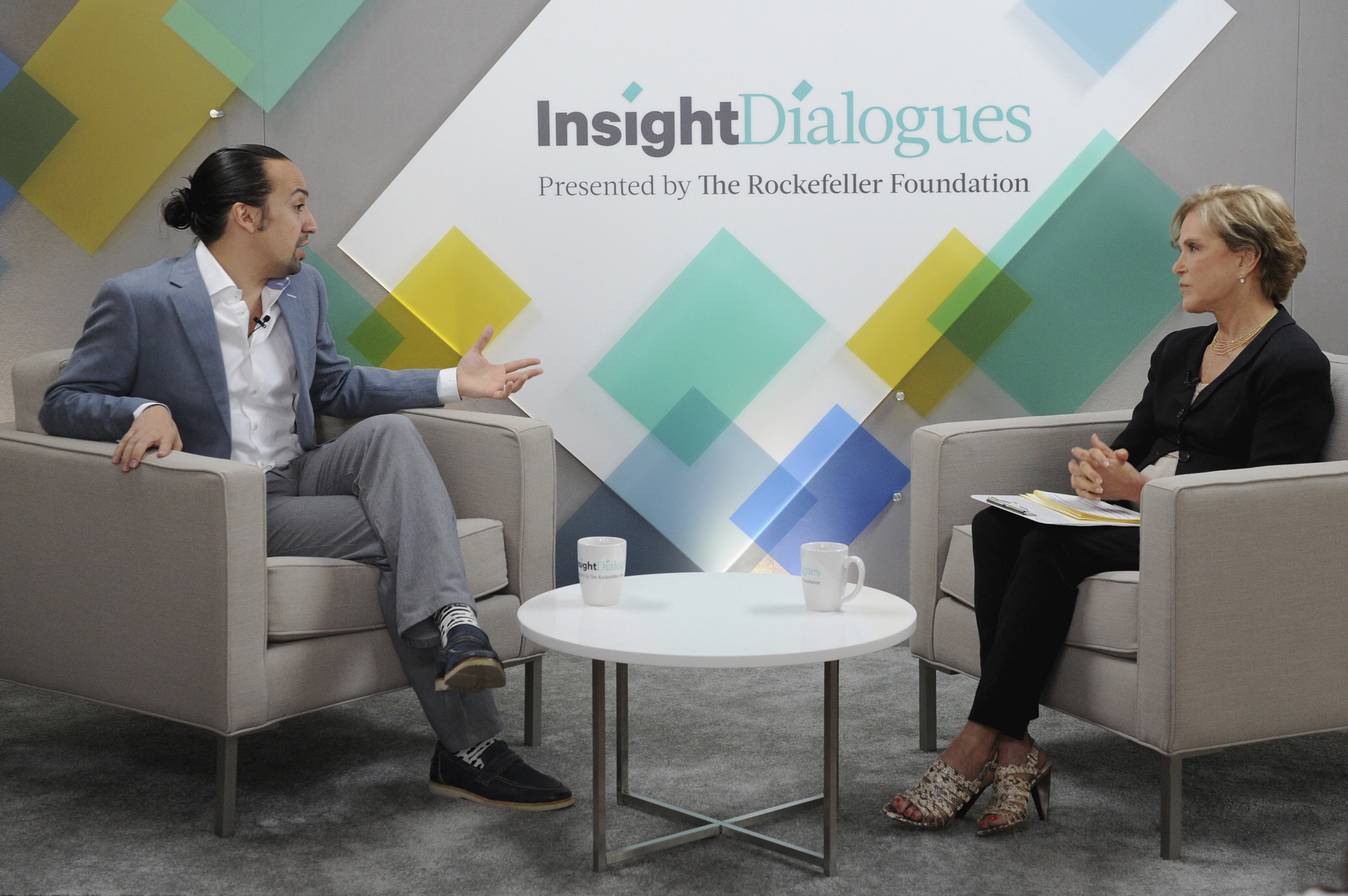