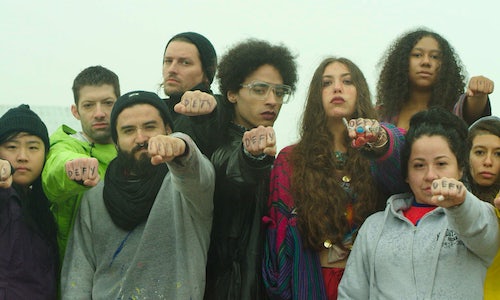 For over 100 years, Planned Parenthood has been a leading healthcare provider for millions of Americans. But the organization is facing an unprecedented threat as the Trump administration seeks to strip Medicaid reimbursements and cut millions off affordable, preventative health care.

This would disproportionately shatter the lives of millions of young Americans, as 70% of those who are served are under age 30. So, we set out to engage young people to the fight. Enter #IDEFY: a creative platform to elevate young American's voices in speaking out against the forces that threaten their bodies, their rights, and their lives.

While young Americans are extremely intersectional and progressive in values, many misunderstood Planned Parenthood to be little more than an "abortion clinic." (Abortions are only 3% of PP's services.) So, we set out to connect the brand to larger issues that they fight for on a daily basis, like racism, sexism, gender norms, LGBTQ rights and more.

This audience is diverse in identity, life experience and more, so we needed to ensure the campaign doesn't simply speak at young people, but create a platform to raise up their unique perspectives. It also needed to provide a low-lift, creative way to have their voices heard online, that fits within the rising activism dialogue across the social web.

'Defiance' is not only timely in the 2017 political climate, but also true to Planned Parenthood's history, as the organization has been fighting for a century to provide "care no matter what."

The campaign kicked off with a series of social videos featuring YouTubers sharing their perspectives on abortion stigma, biphobia, whitewashing and more. These videos were used to reach and build our audience on the various issues Planned Parenthood fights for.

The campaign website housed various ways for people to defy through real world action, and built excitement for our upcoming official launch - a 2-hour live Facebook event that took place on the 44th anniversary of Roe v. Wade. #IDEFY Live connected youth online with artists on site to transform hateful words and phrases into a beautiful art experience. We then destroyed the art to celebrate the fact that we can work together to take down hate.

It all came together around a unifying, user-generated gesture: sharing their story of defiance by writing DEFY across their knuckles and posting on social media with the #IDEFY hashtag.

#IDEFY helped to ignite a robust, authentic conversation about issues that are the most important to diverse Young Americans during a time when most of the visible social activism was older and more homogenous. We were able to connect people at a time of anxiety and fear, and show that speaking out against hate can indeed promote positive change.

- Over 470K viewers of the #IDEFY Live Facebook event

- Over 160K new followers in the just 48hrs following the event

- Over 70k shared their defiance with #IDEFY

- Over 14 Million engaged with our campaign

- And 1 in 10 users from SMS acquisition opted in to become Planned Parenthood Defenders. These young people went from passive audience members to engaging in the organization's most intensive activist program.

- 6 months after the event, IDEFY is still seeing traction, with the branded sticker packs seeing a 14.6% response rate through their SMS audience, one of the strongest responses the organization has ever seen for a non-petition SMS ask. 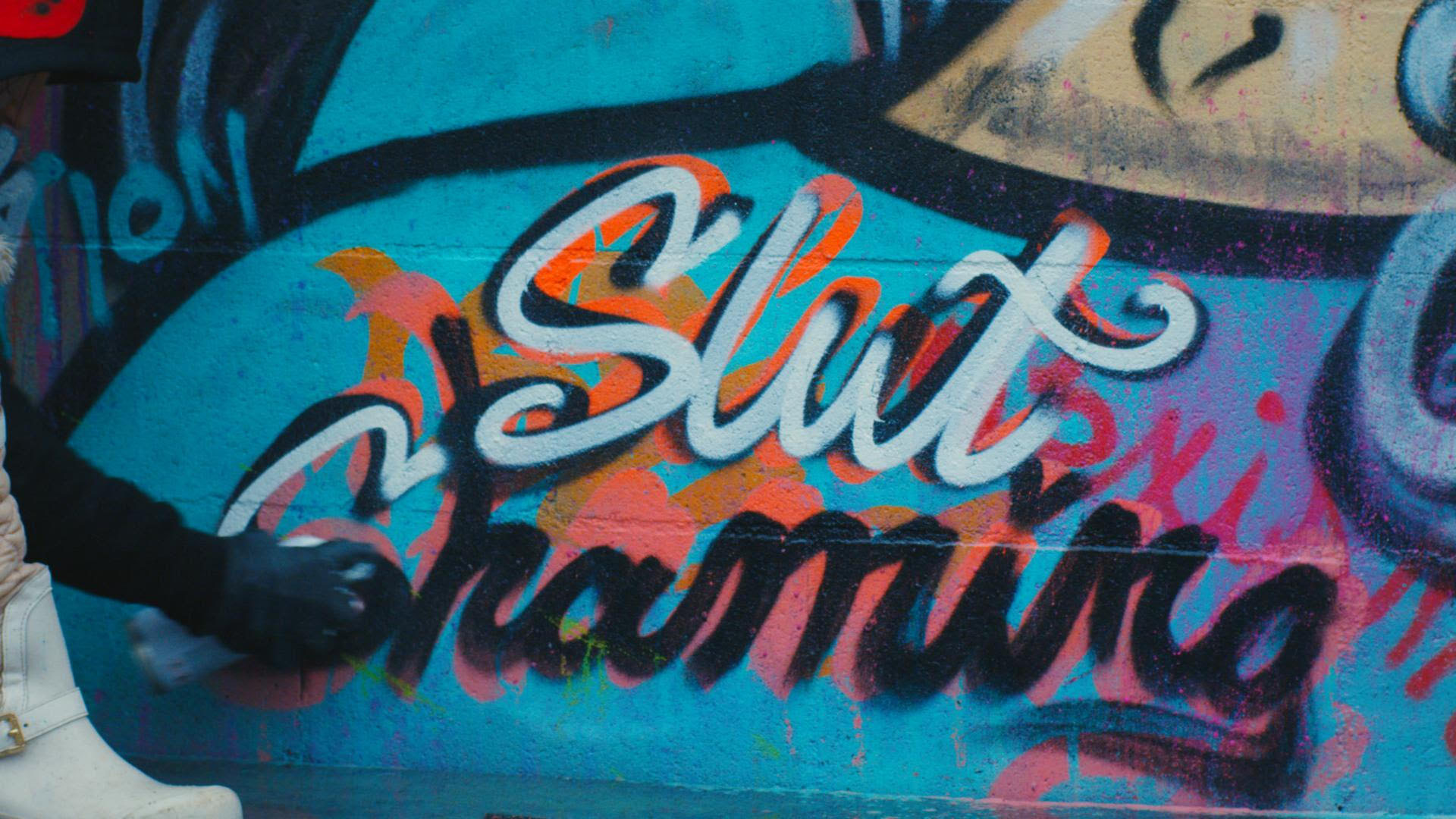 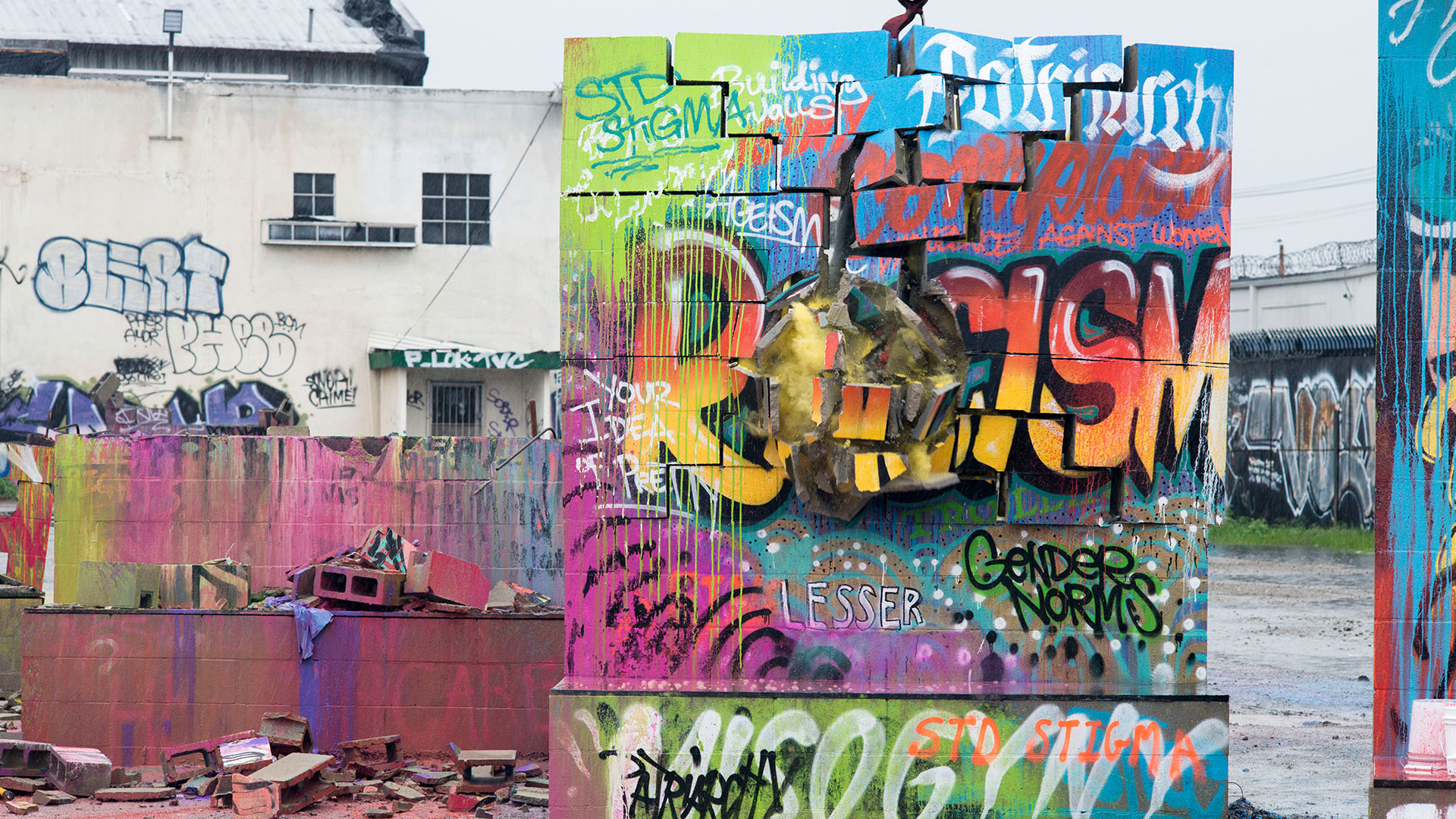 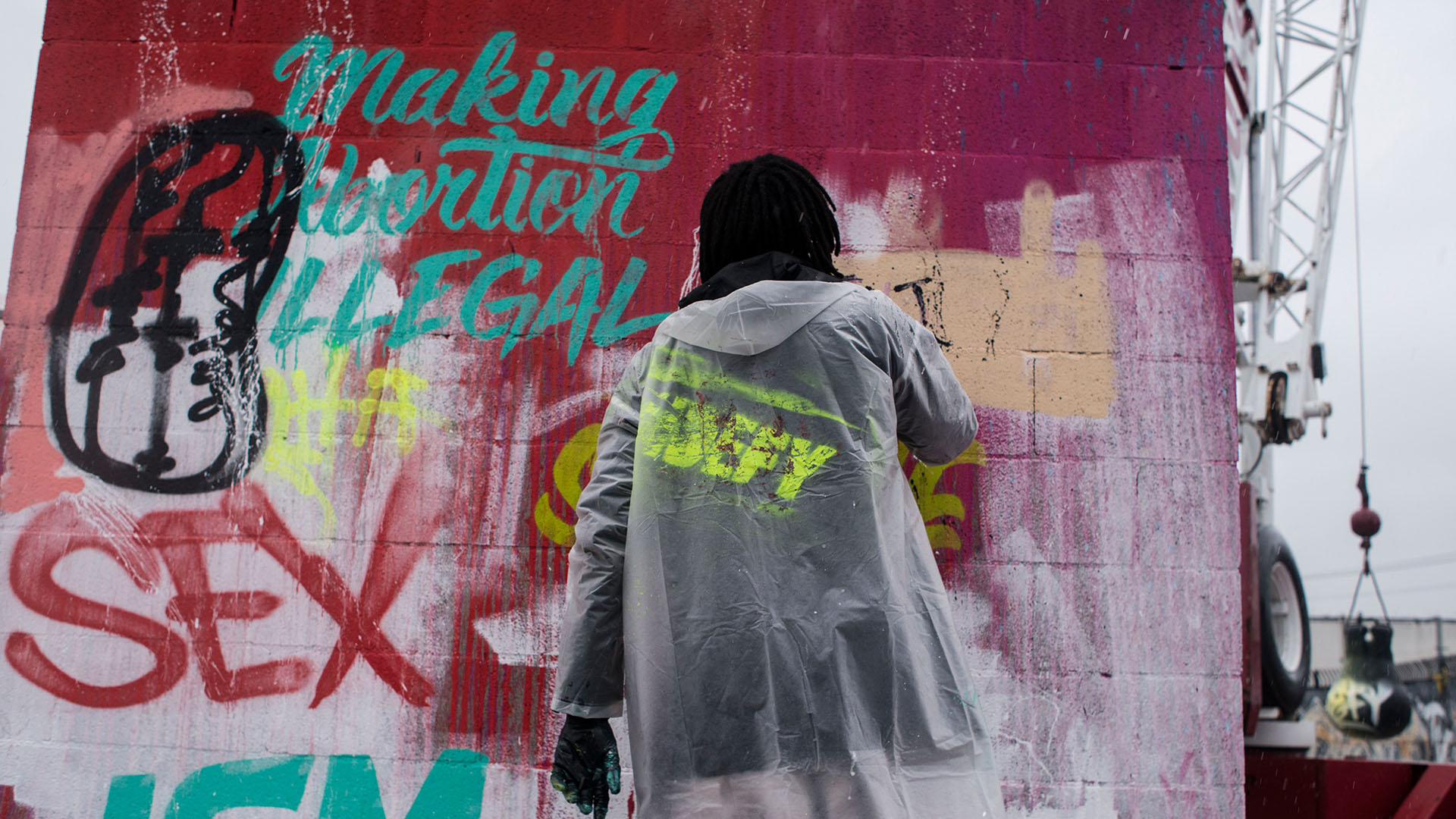 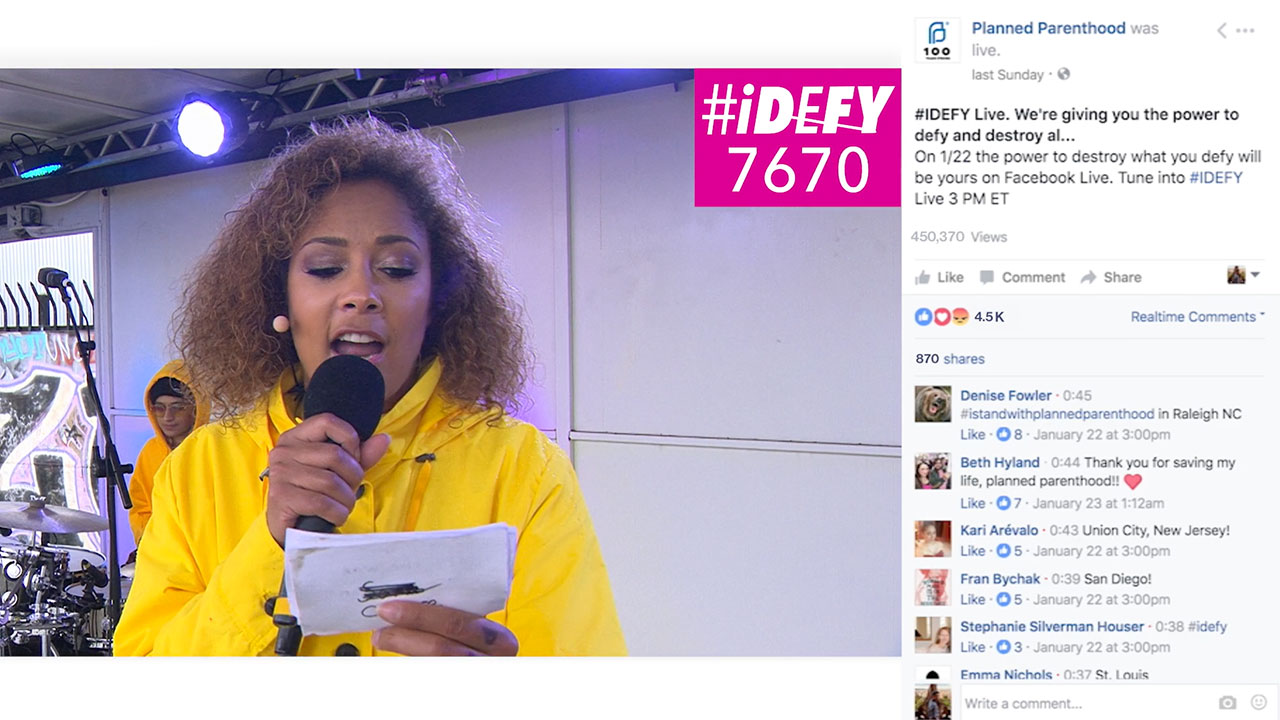