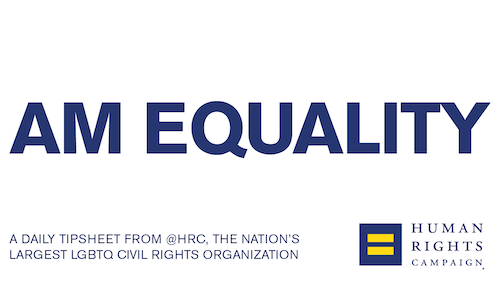 Produced by HRC staff, #AM_Equality provides the latest in LGBTQ news -- political, cultural, global and otherwise -- at an increasingly important and turbulent time in our history.

By engaging key players in the LGBTQ space, HRC is using #AM_Equality to build off the renewed energy and commitment to progressive organizing that has emerged so powerfully in the wake of the election of Donald Trump and Mike Pence.

#AM_Equality represents the opening of another front in HRC's fight against the Trump-Pence agenda, and draws on one of the greatest strengths of the organization -- its more than 3 million highly engaged members, supporters, volunteers and advocates in virtually every community coast-to-coast.

By combining the biggest political stories of the day with regular features amplifying pop culture news, multimedia content and amplifying the thought leaders of the LGBTQ movement, #AM_Equality engages its readers on all fronts, providing a well-rounded curation of all the LGBTQ news insiders, members and supports need every day.

HRC has used click-rates to determine the tipsheet's format -- unveiled in September 2016 -- giving readers a familiar-yet-fresh experience that provides the biggest news and most viral content in a fun, branded email.

The new format of #AM_Equality also evolved as we recognized the need to expand the tipsheet's audience beyond reporters -- and tap into the inboxes of HRC members, civil rights leaders, partner civil rights and corporate organizations and others. With a simple revamp, #AM_Equality pushed the boundaries of what a tipsheet does, transforming it into an advocacy tool critical to furthering HRC's mission of securing full federal equality for LGBTQ people.

This is a singular product in the civil rights space, cornering the market in providing daily LGBTQ content to progressive leaders. Through #AM_Equality, we are able to connect daily with major influencers and key stakeholders to feature the diverse work HRC is doing -- from events in small towns to federal advocacy to supporting the global LGBTQ equality movement.

In less than a year, subscriptions to #AM_Equality have increased by more than 100 percent. Our open rates have held consistent higher than average open rates for other nonprofit emails -- averaging at 24.4 percent, with the average non-profit email having an open rate of 19.4 percent according to Mailchimp.

We also see increased engagement at key points in the news cycle. In the week following Inauguration Day and the historic Women's March, our open rate averaged at 29.5 percent, 52 percent higher than the average non-profit email.

Apart from staff time, the only cost incurred in creating this powerhouse tipsheet is a small monthly fee to an email marketing service used to distribute #AM_Equality -- creating maximum returns in engagement for negligible costs. 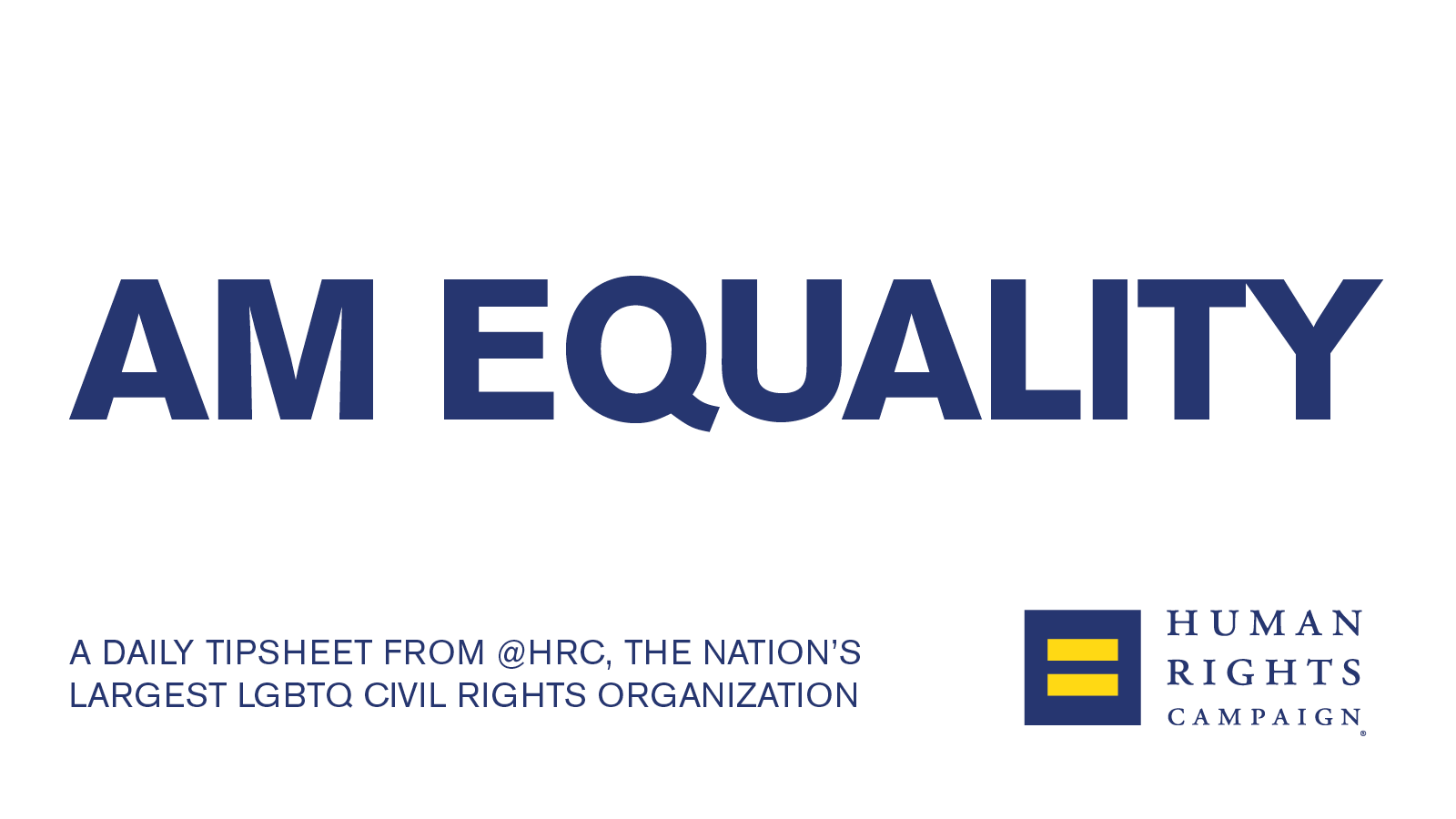