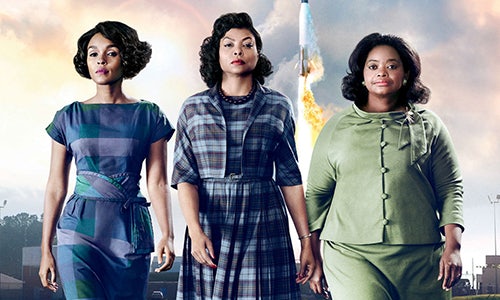 21st Century Fox, in partnership with AMC Theatres, launched a screening contest to bring the inspirational story of the movie Hidden Figures to audiences across the U.S.

The project's goals were three-fold, spanning the specific achievements of the female African American mathematicians portrayed in the film and recognizing how their story speaks to the needs of our society today. Objectives included:

- Partnering with schools, nonprofits, and businesses to make this story available to people who might not otherwise have access

- Combating deep inequality in the STEM fields by empowering young women, especially women of color, to pursue their passions for STEM

The contest was born out of a grassroots movement to organize free screenings in communities across the country. Following the film's theatrical release, 7th grader Taylor Richards set up one of countless GoFundMe pages to crowdfund screenings for young girls like her. "I believe seeing this movie will give us girls the inspiration we need to say, 'I can be a mathematician, an engineer or better yet, an astronaut,'" said Richards, who raised nearly $20,000 herself.

This audience-led trend inspired 21CF to launch the nationwide screening contest that would extend through Black History Month in February and Women's History Month in March. 21CF believes in the power of storytelling to inspire future generations to dream bigger, and this contest remains a prevailing example of that core conviction.

Hidden Figures tells the previously untold story of three female African American mathematicians who played crucial roles in the 1960s Space Race —Katherine G. Johnson (Taraji P. Henson), who calculated the flight trajectories for astronaut John Glenn's historic orbit around Earth in 1962, NASA supervisor Dorothy Vaughn (Octavia Spencer), and NASA engineer Mary Jackson (Janelle Monae). Their triumphs in the face of the era's racism and sexism, as well as their groundbreaking work in their fields, provide for a film that is as timely as it is inspiring, and normalizes a passion for STEM in young women and people of color.

To meet the topline goal of spreading this inspirational message to as large an audience as possible, 21CF adopted the following strategy:

Following up on the company's commitment to supporting young women of color in STEM through, Search for Hidden Figures, a contest that gave over $200,000 in scholarships to students and young professionals , 21CF continued to search for ways to make it available to audiences with whom it resonated the most. Inspired by the surprising number of GoFundMe campaigns dedicated to funding free screenings of Hidden Figures, the company joined forces with AMC Theatres, now the country's largest cinema chain, to determine how best to expand the film's reach.

To honor Women's History Month in March, 21CF expanded its partnership with AMC Theatres to host a contest through which schools, community groups, and nonprofit organizations could apply for additional special screenings to be held in their towns. Applications were open throughout February, and 33 winners were notified in March.

The screening contest was intended to build broader awareness of the true story on which the film is based, and inspire younger generations to follow their dreams, even in the face of challenge.

Its striking story made Hidden Figures a global hit, grossing over $230 million worldwide and earning the title of the highest-grossing Best Picture nominee at the 2017 Academy Awards while building positive buzz and garnering major industry press across outlets such as Deadline, The Hollywood Reporter, and Variety, as well as popular blogs targeting entertainment and African American audiences. Yet, 21CF's emphasis on free inclusive screenings helped Hidden Figures reach the audience with whom it resonated most—students, women, and young women of color.

The national screening contest played an essential role in expanding access to these audiences. Over 7,000 schools, community groups, and nonprofits around the country applied for free screenings, and 21CF distributed approximately 3,500 free tickets as a result. The winning groups were diverse in range, including public schools, Girl Scout clubs, college STEM initiatives, and youth development programs in cities such as Atlanta, Baltimore, Chicago, Columbus, Grand Rapids, Houston, Milwaukee, Minneapolis, and Philadelphia.

These organizations already served as resources to the communities 21CF and AMC targeted through the contest, and their influence helped Hidden Figures further inspire a new generation of Katherine Johnsons, Dorothy Vaughns, and Mary Jacksons. Now, these young engineers can place their STEM pursuits in historical context as they bring their STEM achievements to new heights.

In addition, the campaign inspired countless other companies, such as JetBlue and the Lego Group, to launch their own campaigns in support of women in STEM, bringing support and empowerment to even more communities across the country. 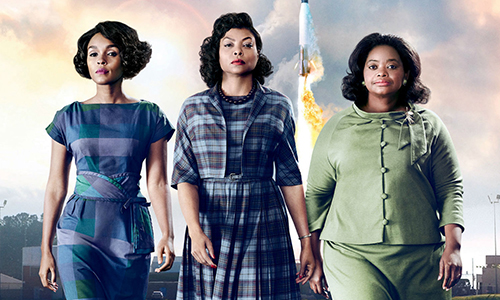