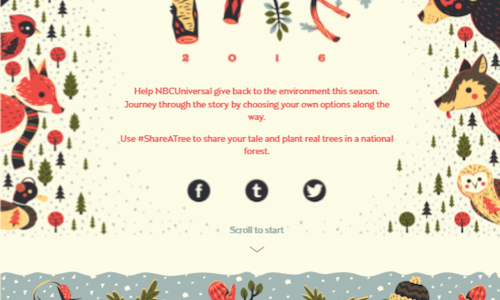 NBCUniversal annually partners with the Arbor Day foundation to make a positive impact on the environment through tree planting. The partnership spans 8 year, and over the last 3 years, we've gifted over 75,000 trees to national parks and forests. This year, we asked our audiences to make an impact by creating their own story and posting on social with #ShareATree.

In addition, each year thousands crowd the sidewalks for the Christmas in Rockefeller Center Tree Lighting and millions watch the live broadcast. With musical acts like Michael Bublé, Garth Brooks, and Pentatonix, the event is jam packed with fun and Holiday cheer. To build on this excitement and to encourage viewer engagement around NBCUniversal's telecast of the iconic Tree Lighting, NBCUniversal asks viewers of the tree lighting special to "Share A Tree" with family and friends during the holiday season., With so many viewers tuned in, NBCUniversal creates a unique opportunity to foster outreach to the next generation of environmentalists.

Starting November 23rd and running until December 16th, participants visited www.greenisuniversal.com to #ShareATree. Participants had the opportunity to create their very own story and tree while learning about the importance of renewing our nation's forests. An interactive digital storybook, all about a very special tree, allowed visitors to build and customize their story as they go. These stories provide a quick, educational and family oriented holiday experience.

Malheur National Forest is located in the Blue Mountains of Eastern Oregon. This national treasure was devastated by a forest fire, which burned approximately 66,132 acres across public and private property during the summer of 2014.

Total viewership of the Rockefeller Center Christmas special increased 30 percent versus the previous year, and marks the highest viewership in six years. With two on-air mentions and over 10.511 million total viewers, the partnership between NBCUniversal and the Arbor Day Foundation was broadcasted to one of the largest audiences to date.

Social media engagement both during and after the Christmas at Rockefeller Center Tree Lighting event was also very successful. Visitors from all 50 states went to www.greenisuniversal.com to create their own story and the campaign created over 2.4 million impressions online. Within that audience, the message around the importance of planting trees was highly favorable with a campaign sentiment of 99% positivity rate.

Visibility was also driven by including influencers, photographers, and environmentalists on Instagram and Facebook, raising the visibility in population segments currently untouched.

Between all social platforms, over 727,000 people viewed a forest story, either created by themselves or by their family and friends. As a result, 25,000 trees were planted in Malheur National Forest on 250 acres. This tree-planting goal was achieved in record time. The impact of these trees is estimated to remove 11,167 tons of carbon dioxide, remove 405 tons of air pollution, and a staggering 548,333,333 gallons of rainwater intercepted and filtered.

Arbor Day's environmental projects were amplified to millions because of this promotion. Over the last three years, NBCUniversal sponsored over 75,000 trees across the nation, in the wake of forest fires. 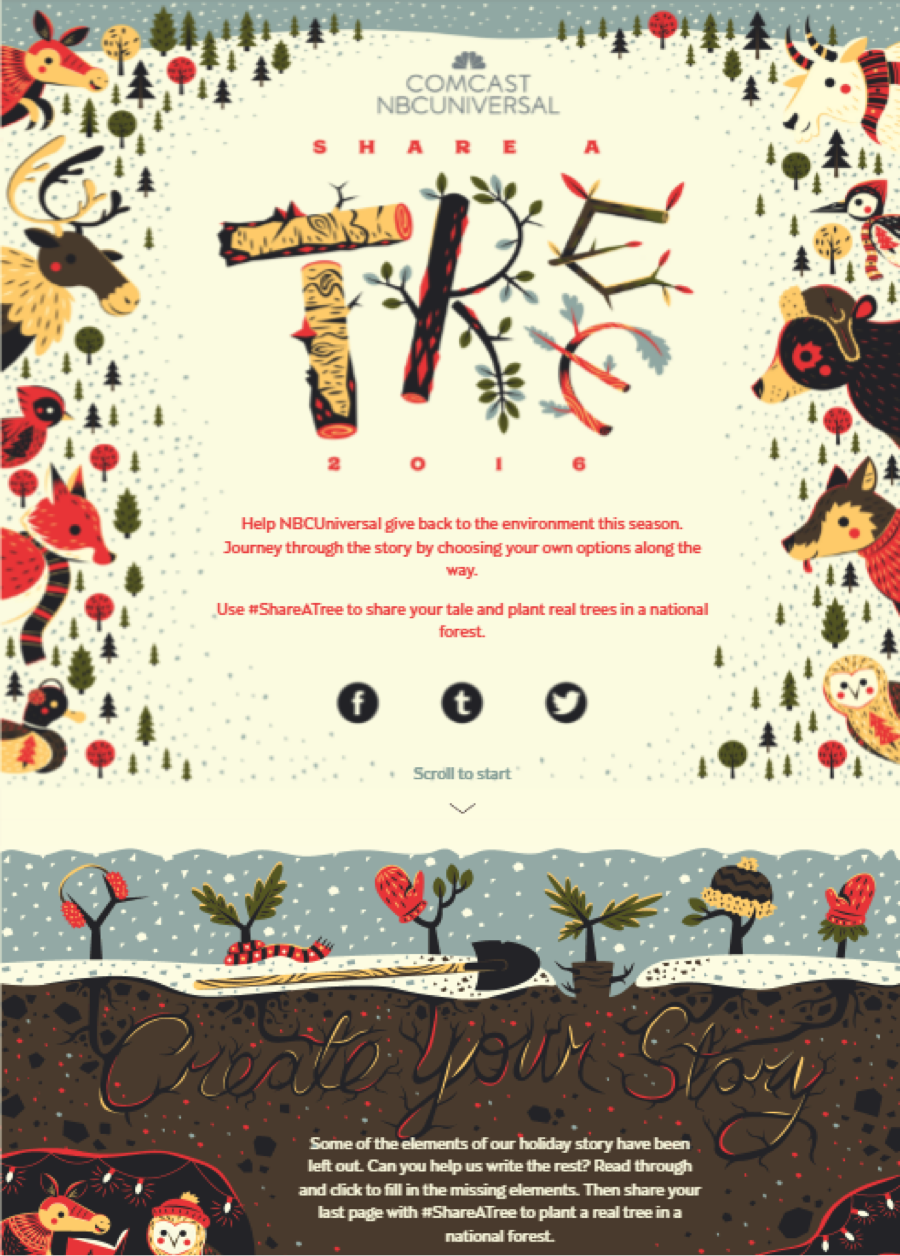 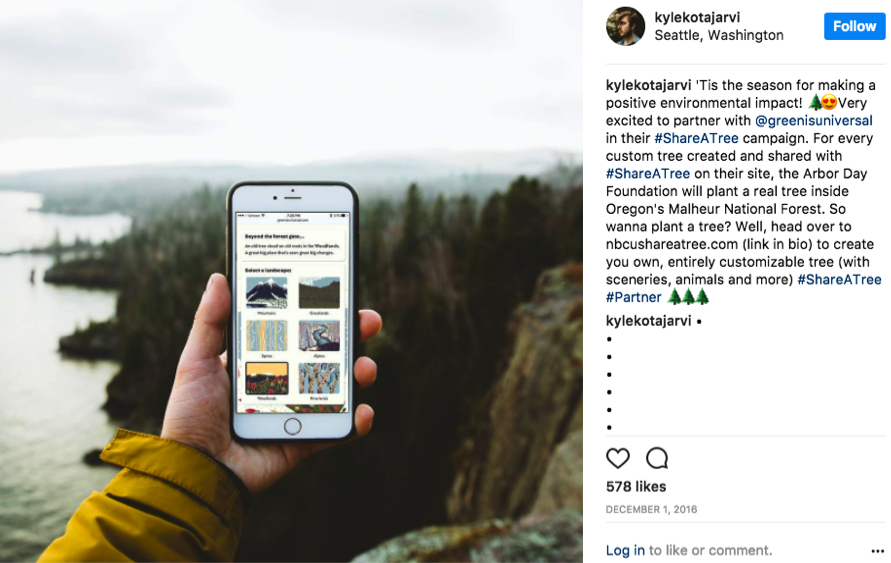 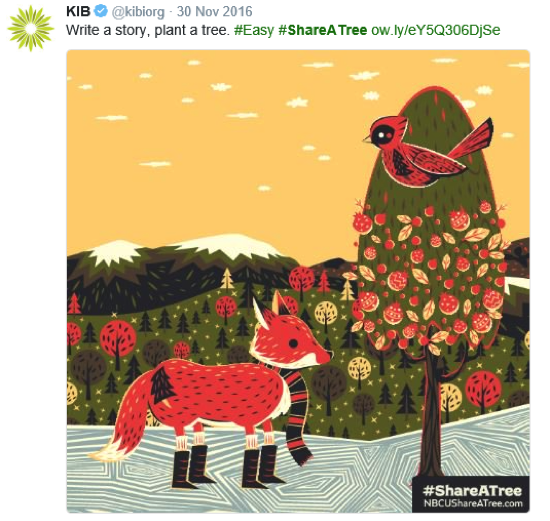 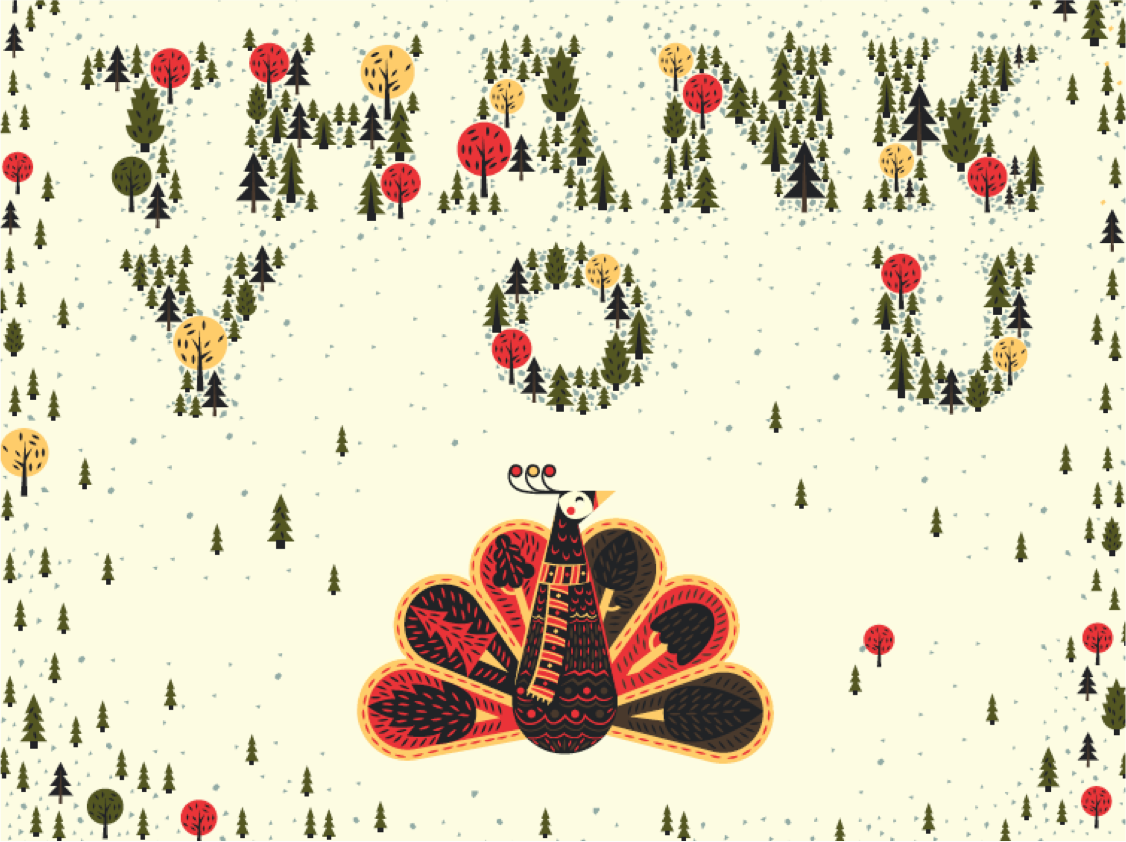 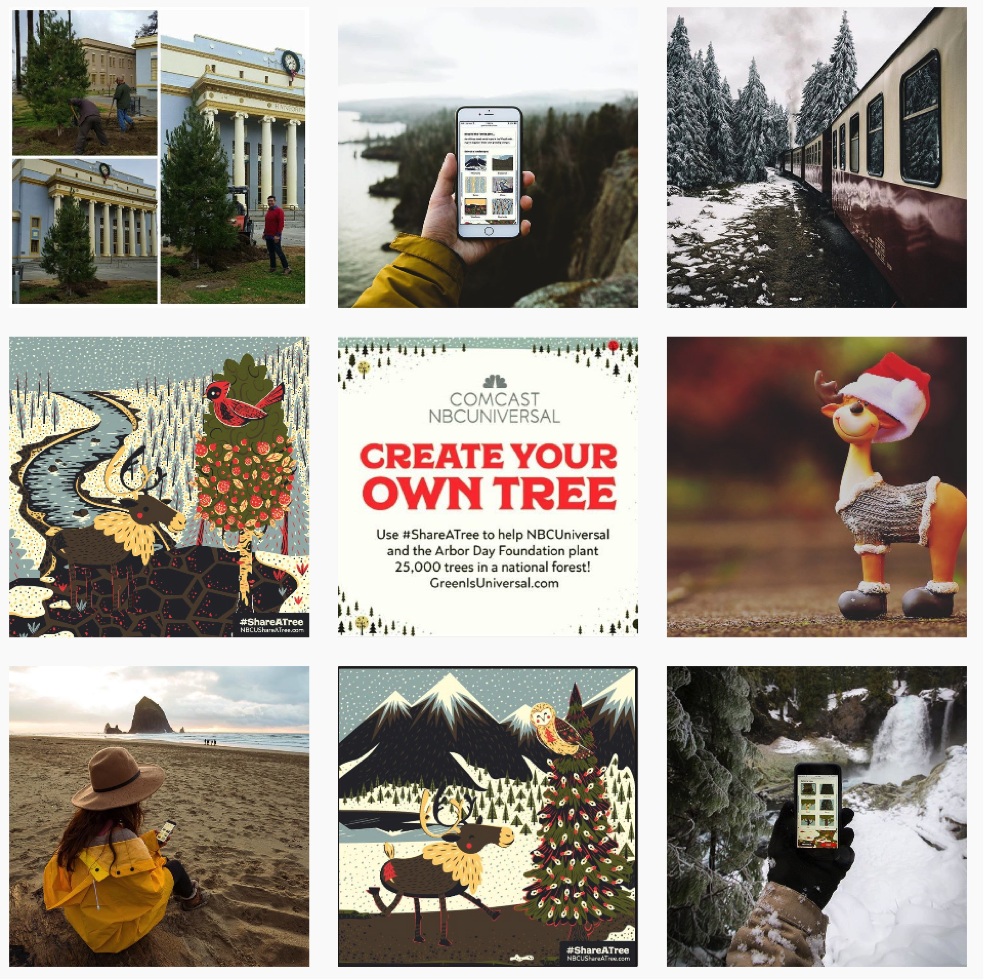