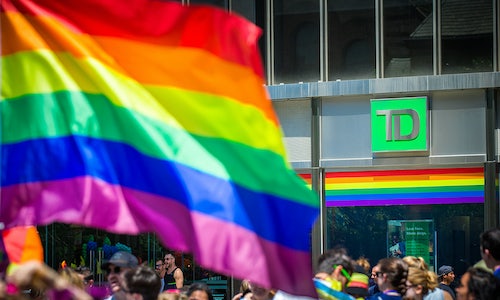 Secondary objectives included highlighting TD Bank's commitment to Diversity & Inclusion and providing a platform for members of the LGBT community to share and amplify their personal stories.

#ForeverProud and the rainbow circle icon represent TD's commitment to Diversity & Inclusion not just during Pride but always. TD encourages everyone to celebrate their individuality everyday of the year.

Signature Pride events were held in Miami Beach, Boston, Washington DC, Long Island and New York City. These events included the #ForeverProud float in the parades / marches with a local DJ aboard to provide the soundtrack and a choreographed flash mob performance along the routes. TD Bank made sure the crowd could join the celebration and show their Pride by distributing rainbow lanyards with whistles and Pride flags to spectators that lined the parade / march routes.

China, an 86-year old drag queen, was celebrated by TD Bank throughout 2017 Pride activations, including as the guest of honor aboard the #ForeverProud float at NYC Pride. China personifies the spirit of #ForeverProud - embracing who you are and living life the fullest each day. China and TD Bank partnered five years ago when the group she was supposed to walk with at NYC Pride disbanded the morning of the March. TD Bank invited China aboard their float and it's been an amazing relationship since. TD Bank honored China and celebrated her spirit and energy at a reception at the Greenwich Village Store. Reception guests included TD Bank leadership, members of the TD Bank LGBT Business Resource Group (BRG), China's friends and members of the NYC drag community.

China was honored on photo mosaics created at each of the Pride festivals. Guests at the TD Bank #ForeverProud booth were invited to use a whiteboard to share their #ForeverProud moment or have their photo taken within a #ForeverProud rainbow circle frame. The images taken and shared on social media became tiles in an eight foot long mosaic featuring China's image. More than 8,700 images created four photo mosaics that were then donated to local Pride or other LGBT organizations in each city.

TD Bank ranks among the 2017 DiversityInc Top 50 Companies for Diversity for the fifth year in a row, excelling at hiring, retaining and promoting women, minorities, people with disabilities, LGBT and veterans. And the HRC has recognized TD Bank as a "Best Places to Work for LGBT Equality" with a perfect score of 100 for eight consecutive years. 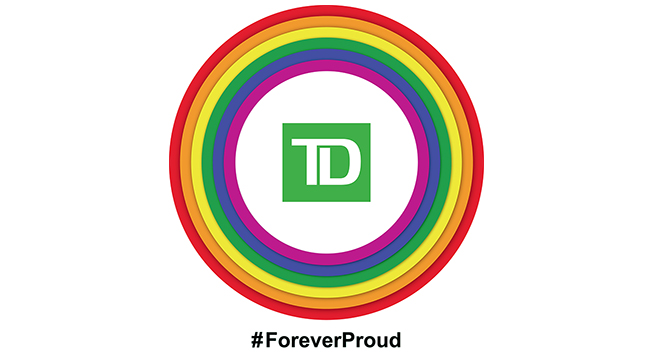 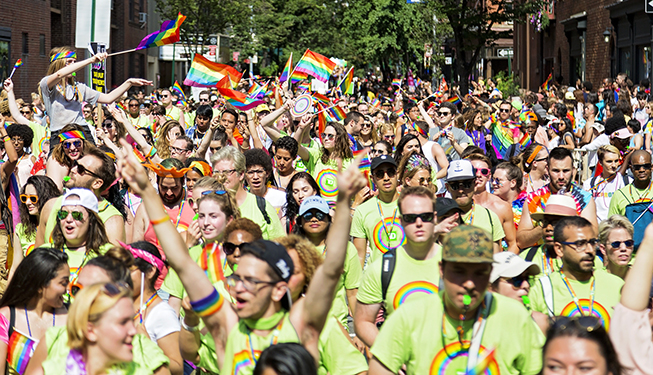 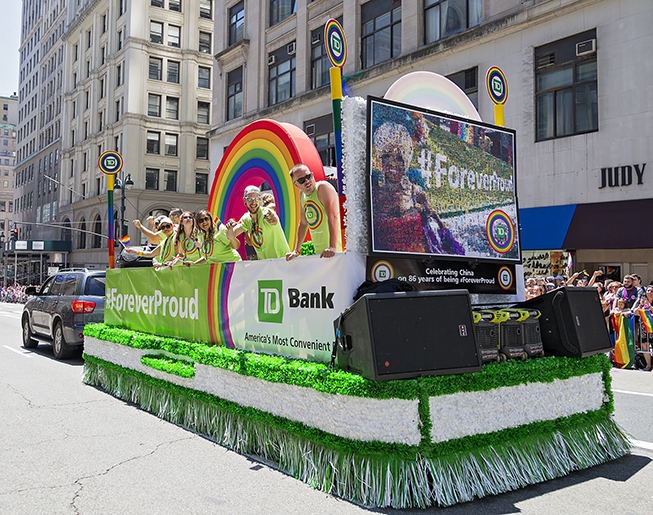 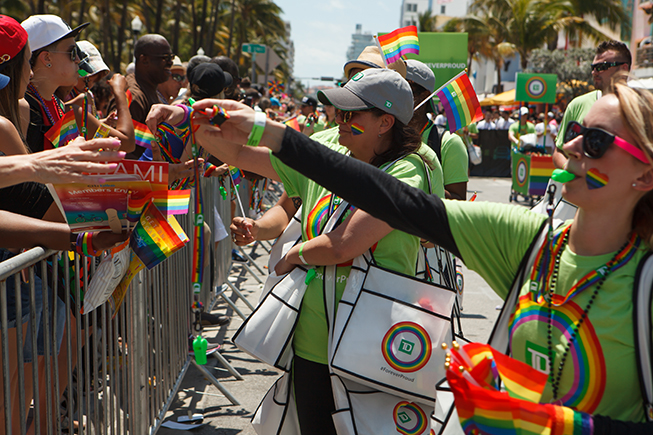 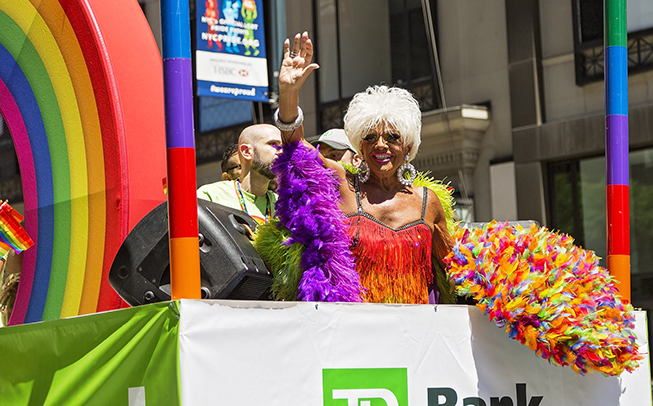 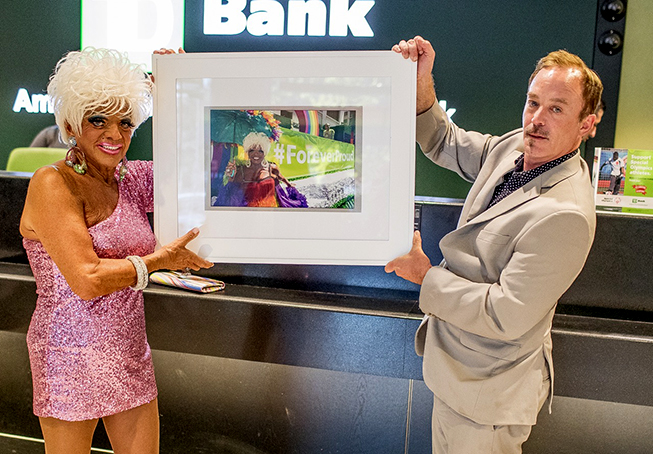 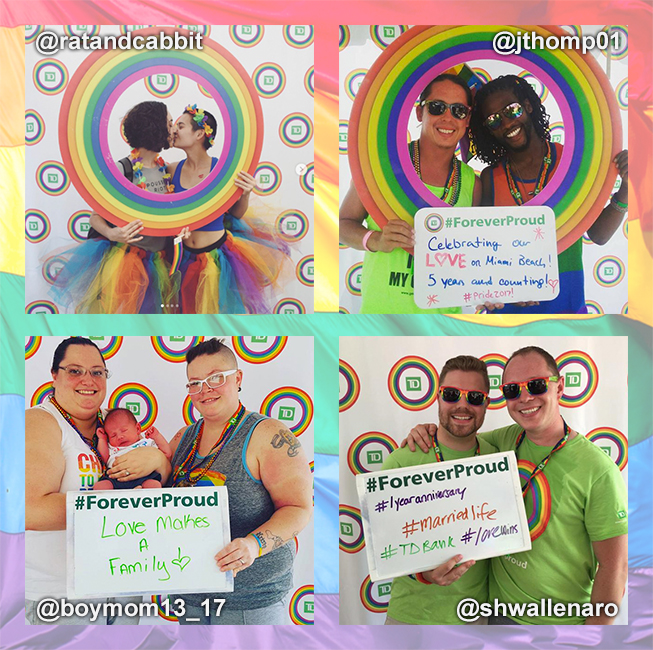 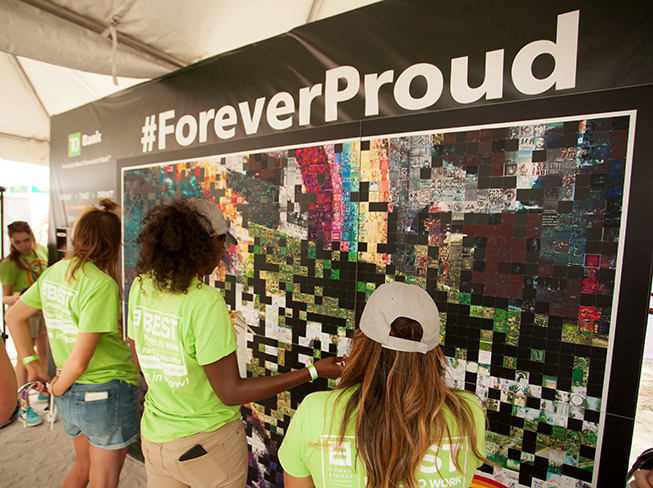 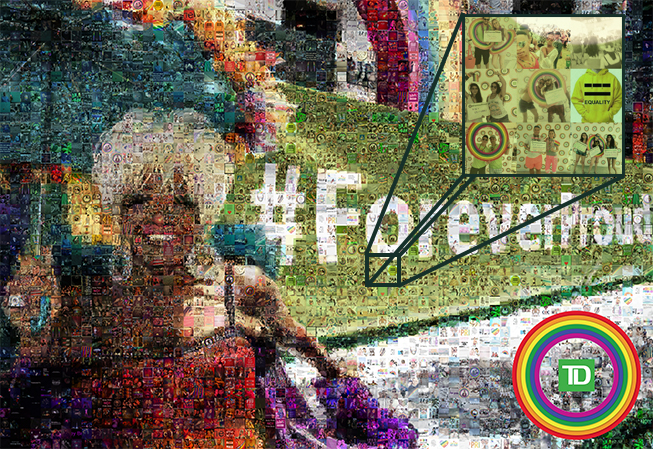 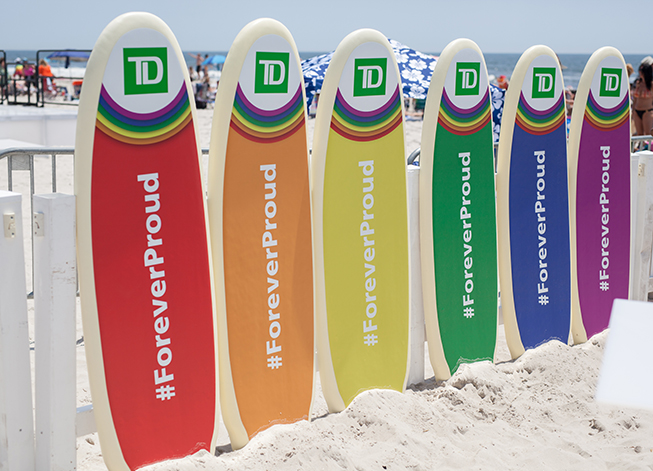 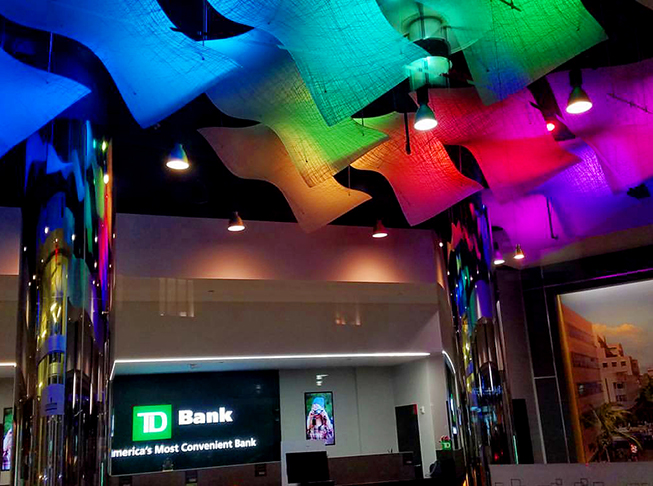 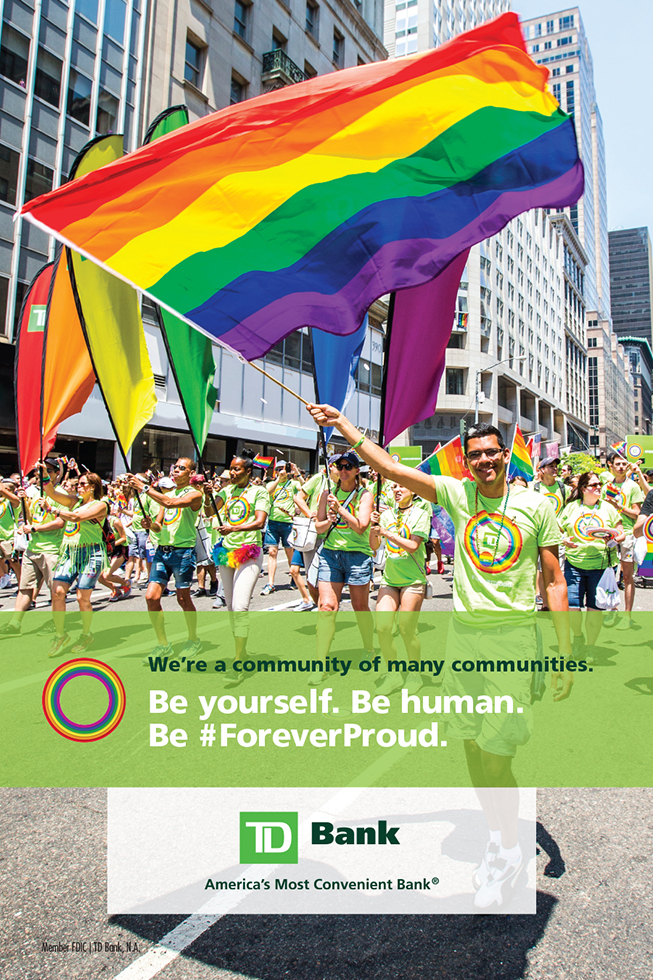 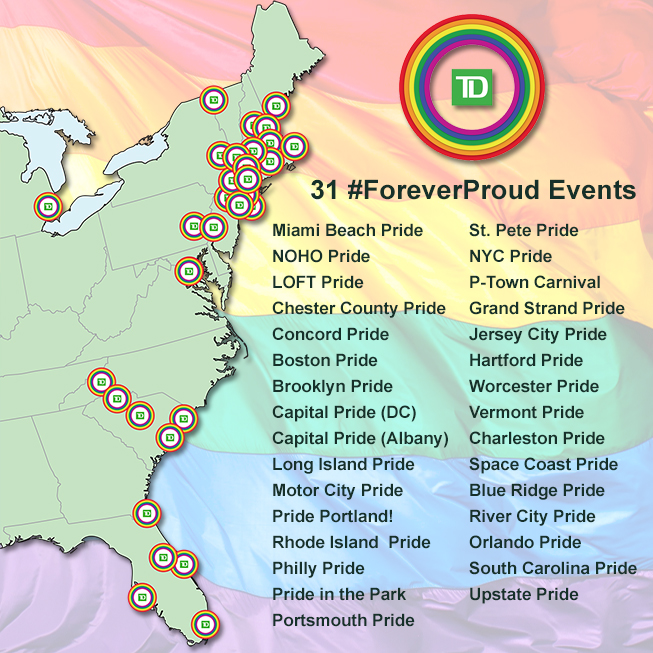 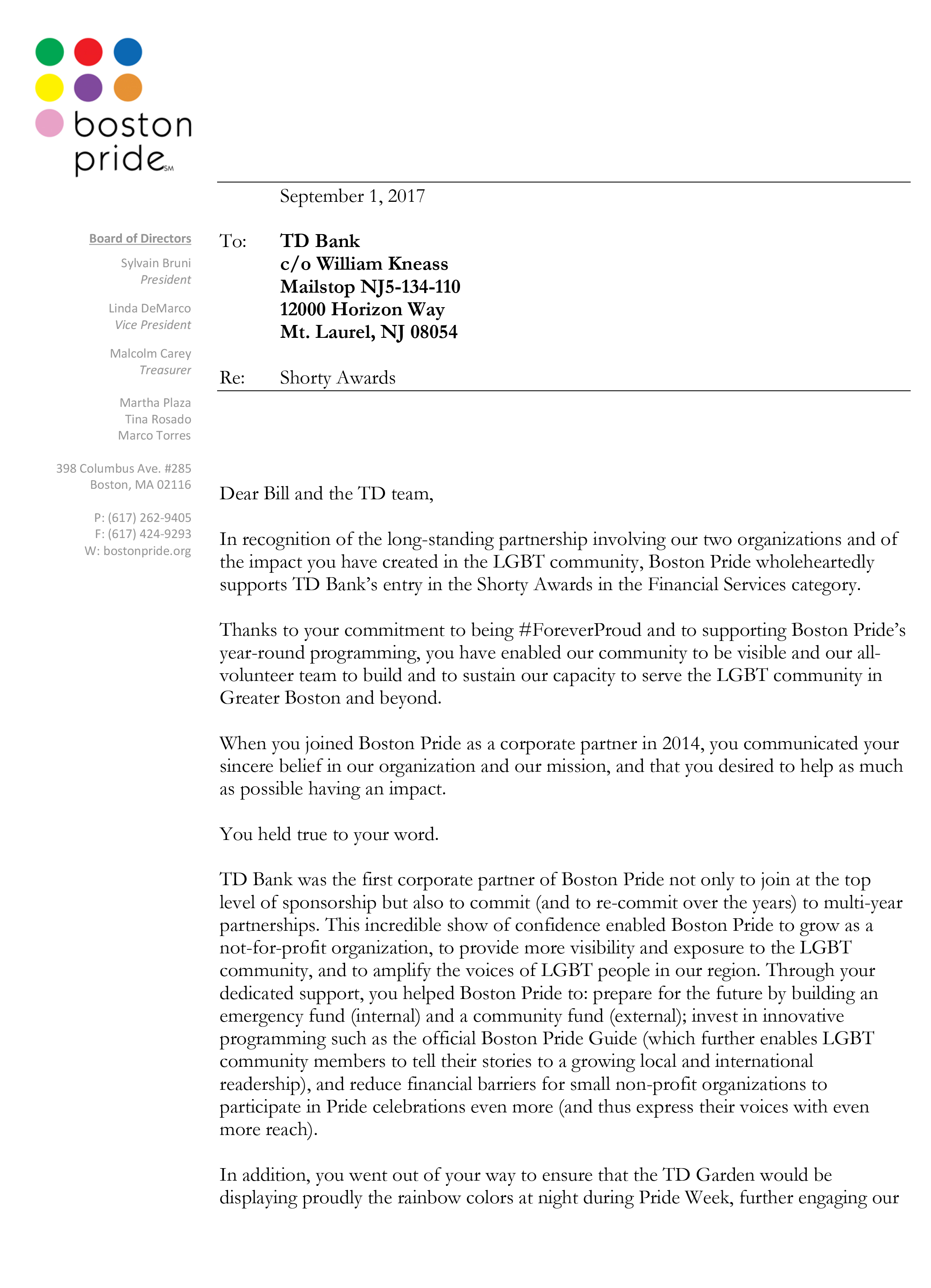 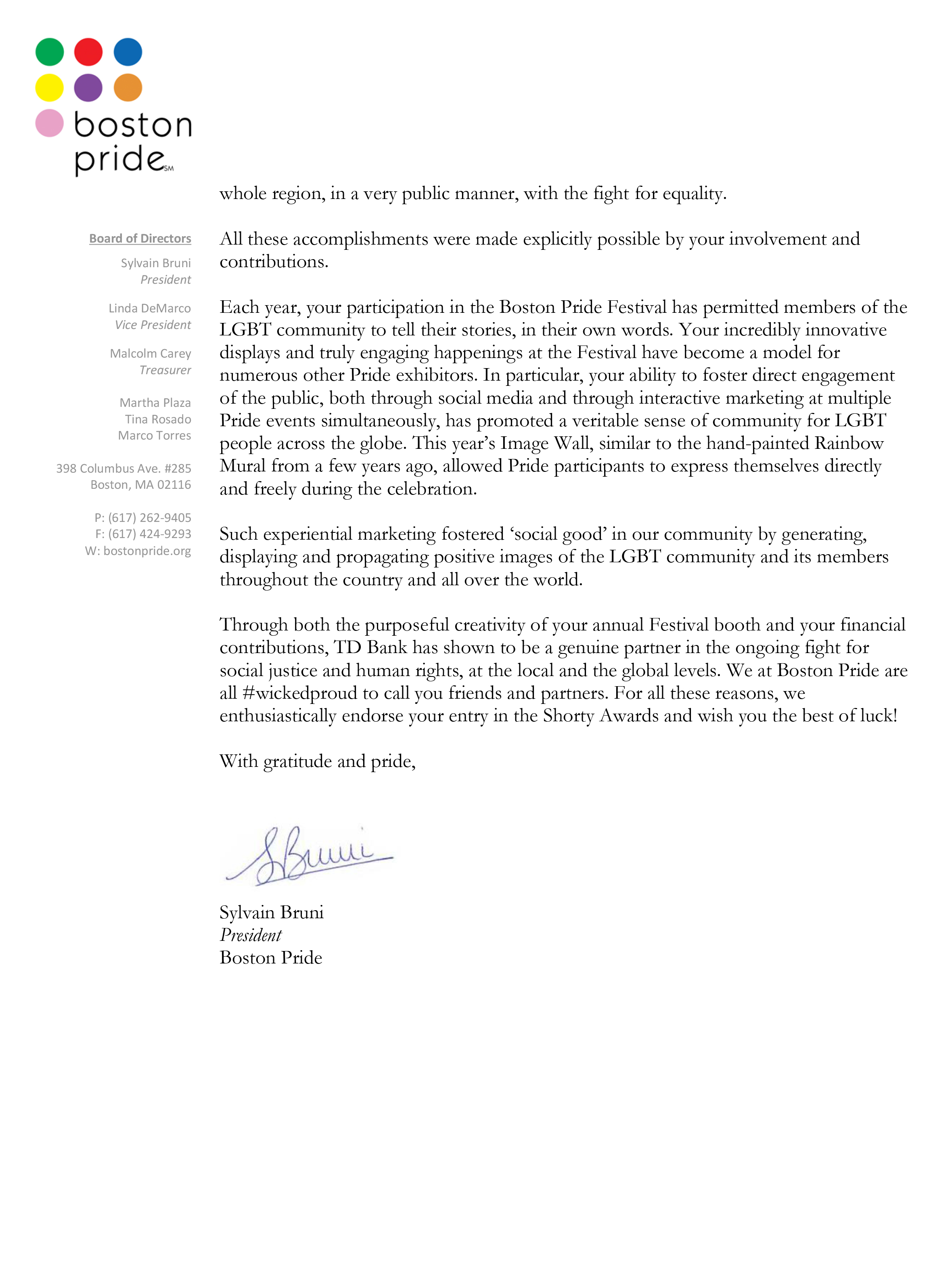 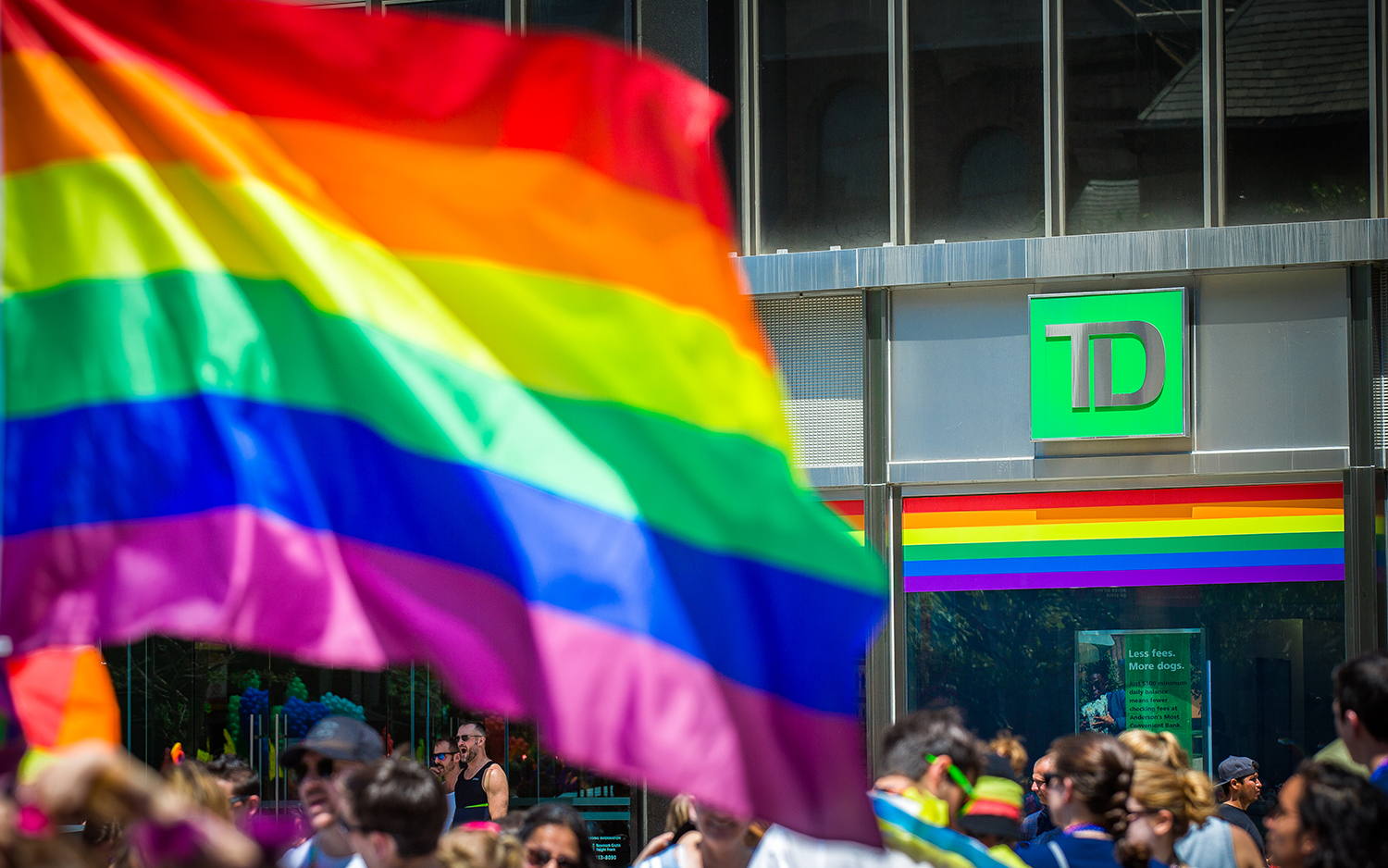