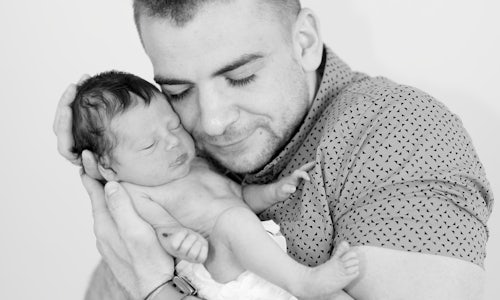 Father's Day is celebrated in over 40 countries of the world but Ukraine isn't one of them. The role of dads is hugely underestimated in our culture. Male military casualties during the Second World War made women take role of both parents in child upbringing. As a result of that, people tend to associate family mainly with mothers. 91.9% of Ukrainians don't trust the advice of their fathers, according to a survey conducted by a market research company GfK. Back when we started our campaign, there were many educational events targeted at Ukrainian mothers, but very few, if any, for fathers.

This issue was and is important both on national and global levels. When we think about our parents' impact on our lives, we are used to telling the words of appreciation to mothers, but rarely say 'thank you' to our dads.

Over the last years, men have become more and more interested in different aspects of child upbringing. But they don't have outlets to discuss this topic. Our fathers have changed, but the way our society thinks has not.

Campaign message was simple: both mother' and father's jobs are important and we need to give our dads the credit they deserve.

In partnership with the leading Ukrainian family clinic called ISIDA, Gres Todorchuk PR decided to remind people what an important role fathers have in our lives. Our second goal was to combine the ISIDA brand with the theme of responsible parenthood.

We created the concept of the project which had online and offline components. #dyakuyutato (#thanksdad) flash mob inspired people all over the country to use their social media profiles to share the stories of what they learnt from their fathers. Gres Todorchuk PR contacted thought leaders and offered them to participate in the project to increase its popularity.

By taking part in the flash mob, people started realizing how much their dads had influenced their lives.

Hundreds of Ukrainians – both those who were familiar with ISIDA brand and those who weren't –participated in the project. The flash mob really hit the mark, as more and more social media users were telling their somewhat happy and inspiring, somewhat sad and hard stories. Parenting turned out to be not only an interesting and relevant topic, but also a very painful one for many people, as evidenced by the results of a survey conducted by GfK.

More than 500 publications appeared in just 48 hours from the start of flash mob #dyakuyutato in social networks. This project reached a total audience of more than 10 million. It made the headlines across the country and was discussed in top-rated TV news programmes and in the most popular newspapers and magazines. There were over 250 media publications devoted to the project. Mentioning of client's brand (ISIDA Clinic) in media was 68%.

Relevance of the campaign was acknowledged by 3 Ukrainian awards. #dyakuyutato (#thanksdad) won the Grand Prix of the X Social Advertising Festival and two Gold awards of the most prestigious Ukrainian PR prize PRAVDA Awards.

Publications under the hashtag are posted on Facebook and Instagram even today, which proves yet another time that it is never too late to say 'Thank you, dad!' 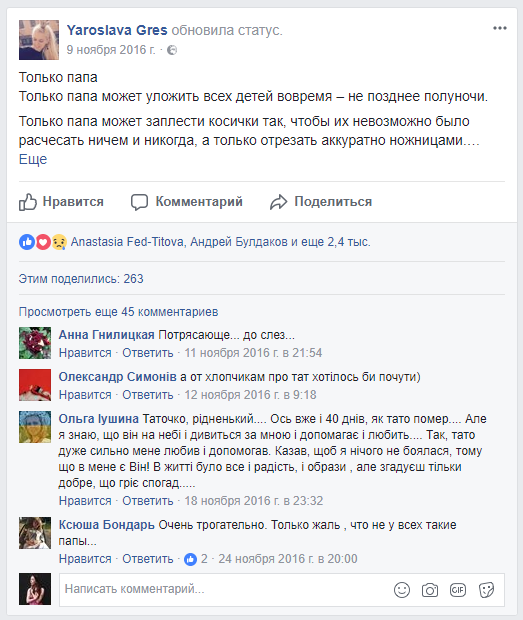 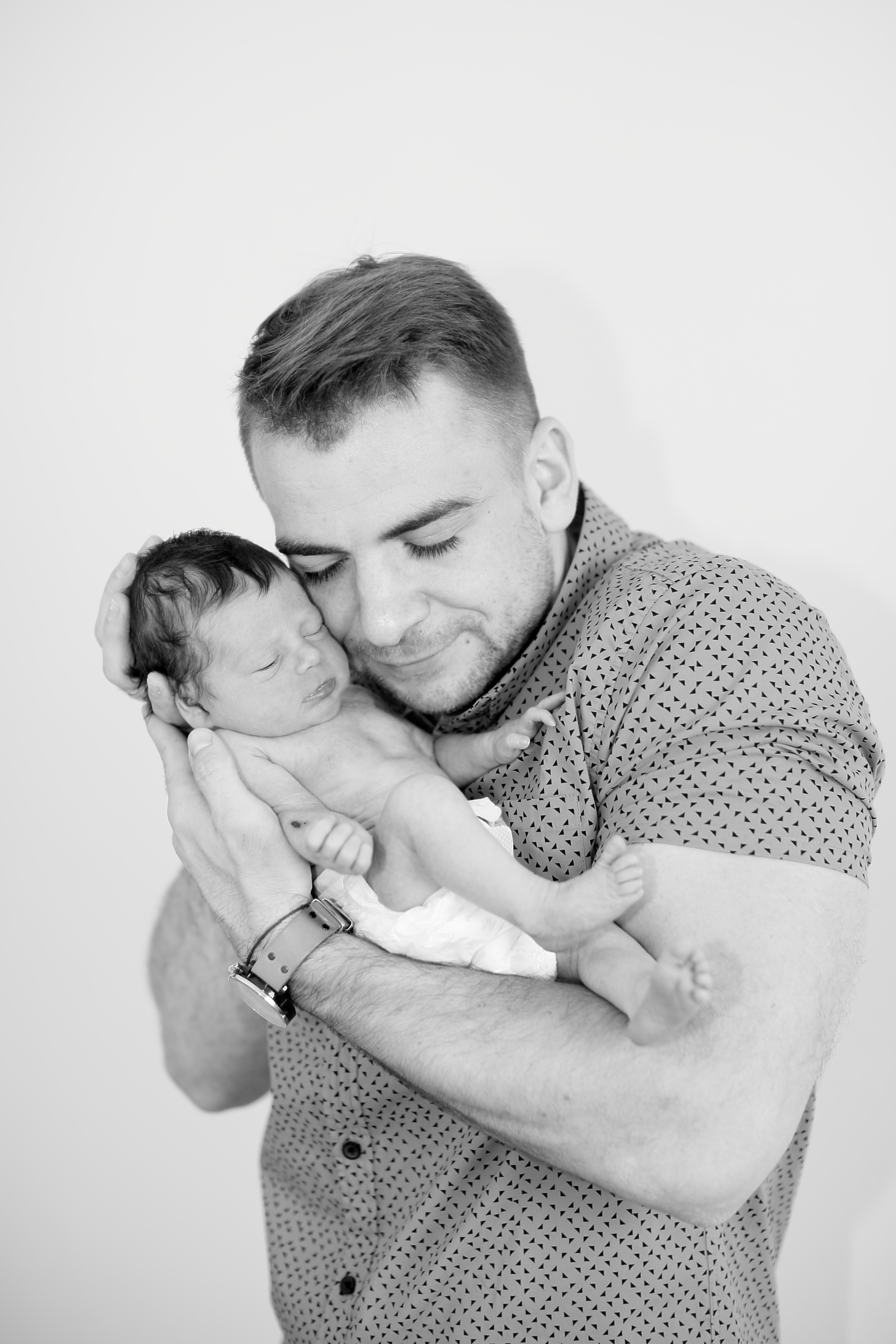 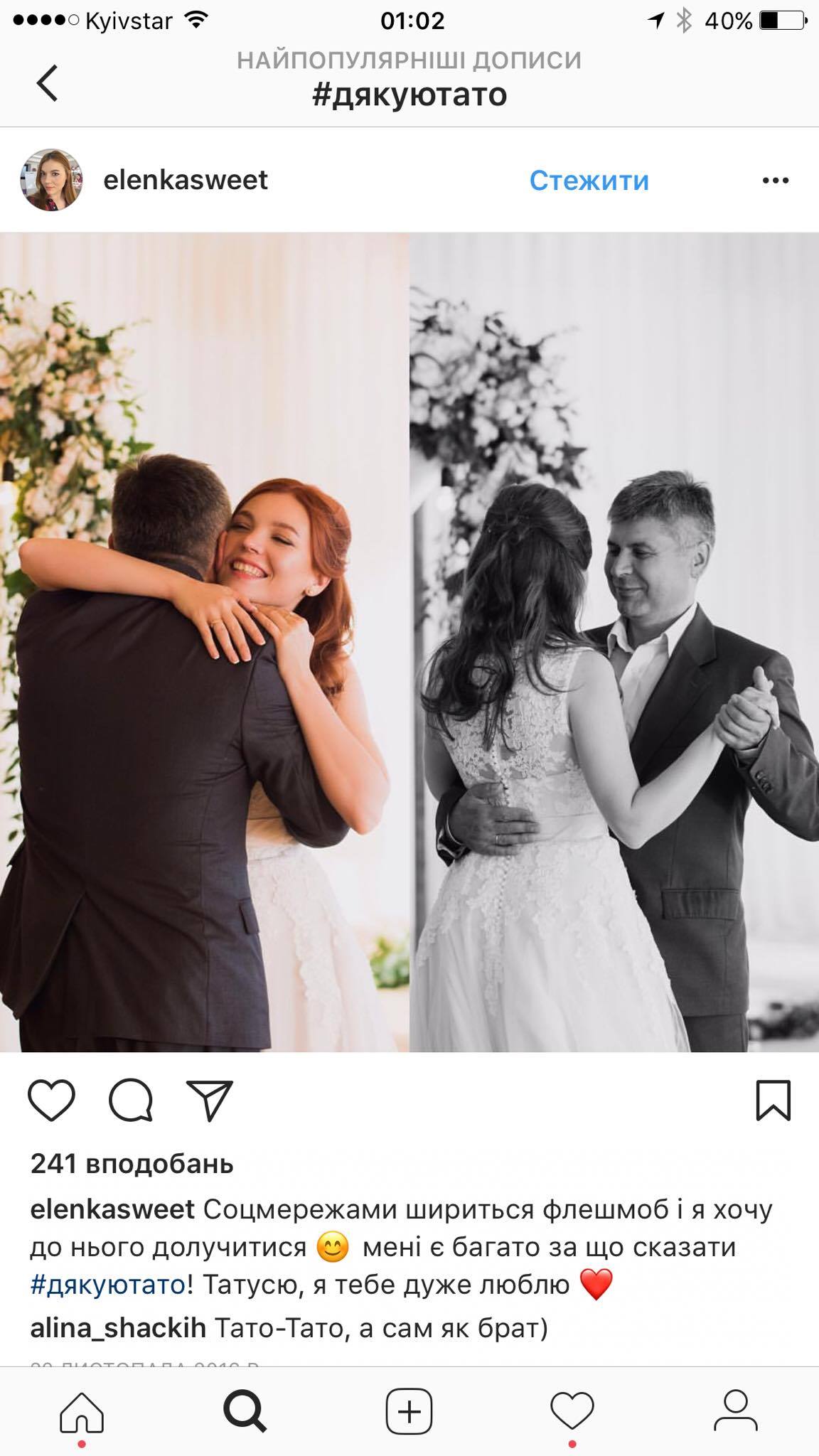 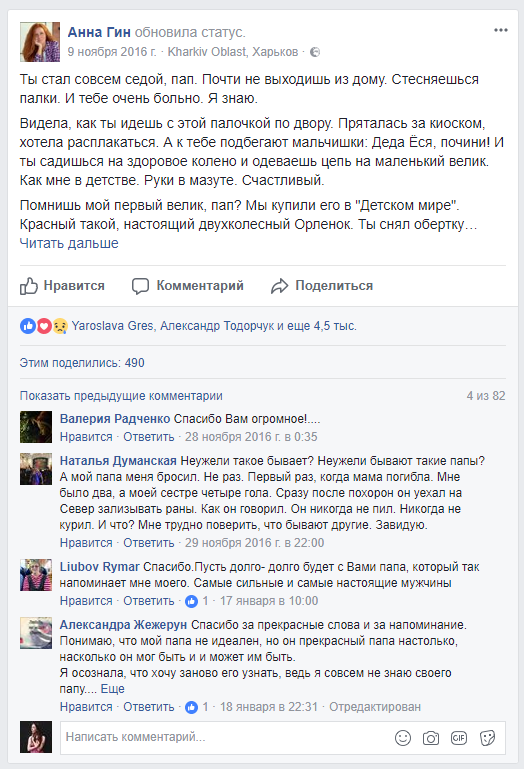 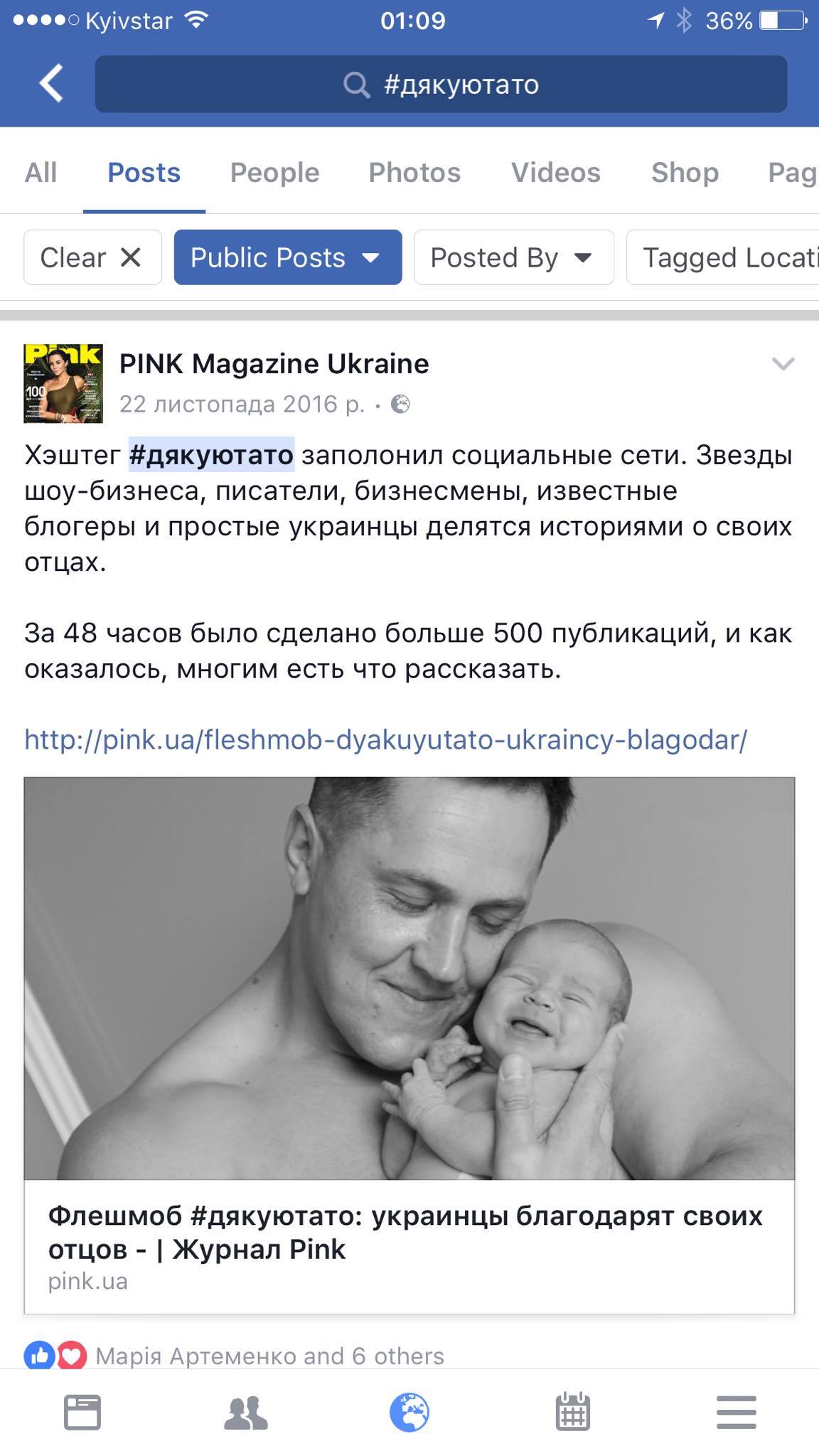 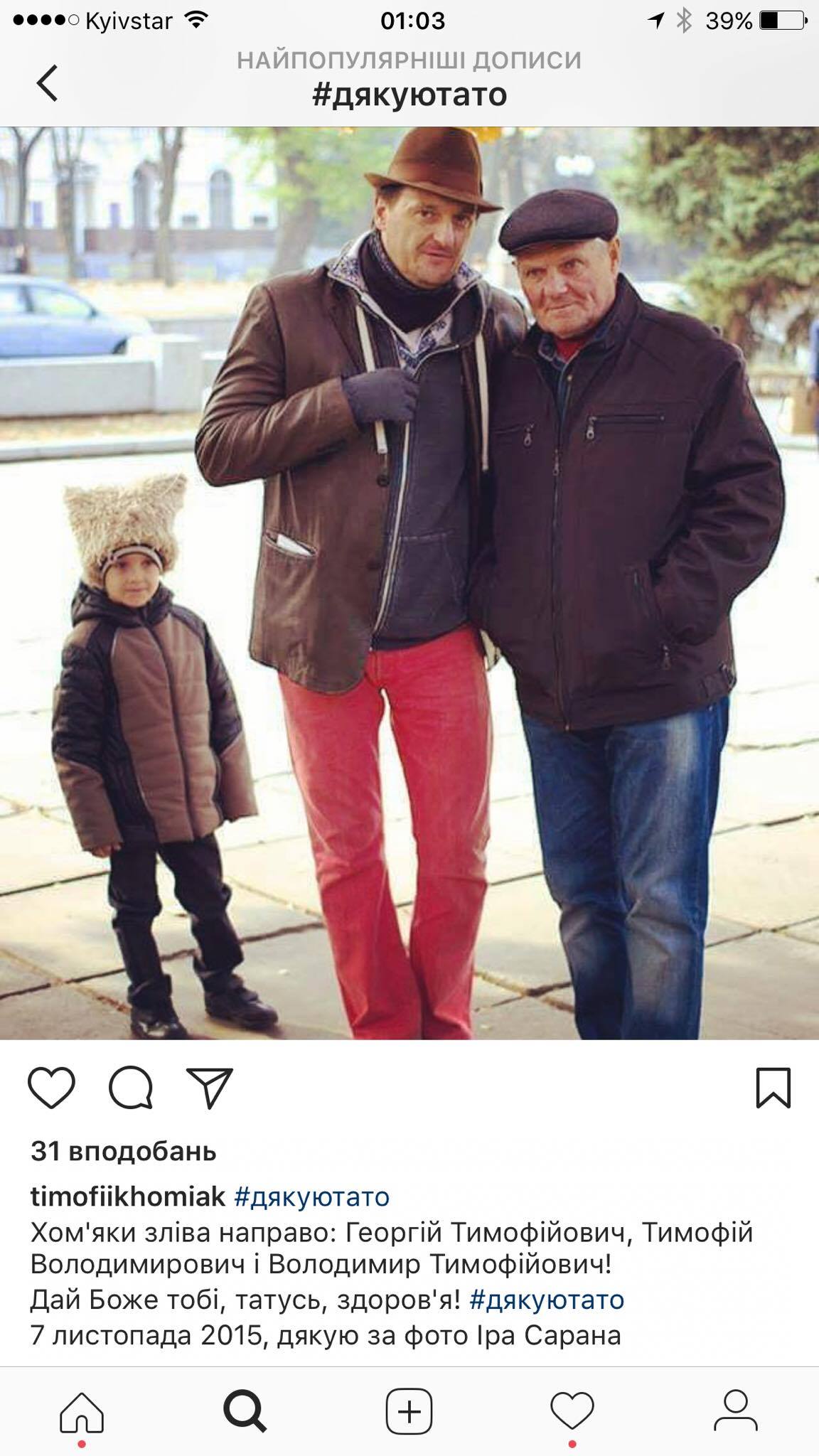