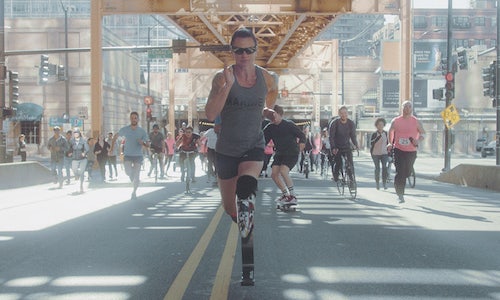 Warrior Games - By Air, By Land, or By Sea

"Do you support the troops?"

"Of course," you'd say, without a second thought. But what does that really mean? Who are you supporting?

Most of us think of the soldiers serving this country—our brave men and women in uniform. But in the minds of too many, that's where it ends. They've forgotten the soldiers who now need this country to serve them in return—our brave men and women in physical therapy, in remission, in recovery. In transition to a life they never expected. Soldiers often neglected, ignored, or written off as a liability. It's important for us to remember that not every battle is fought overseas—that some of our bravest warriors are fighting private battles right here at home.

The Department of Defense Warrior Games are an annual Paralympic-style competition for wounded, ill, and injured service members and veterans of the U.S., U.K., and Australian armed forces. For the athletes, the Games offer a renewed sense of purpose, a shared bond with teammates who share their struggle, and an activity that promotes their recovery—both physically and emotionally. For spectators, it's an awe-inspiring display of courage, resilience, and pure sport.

And in 2017, Warrior Games attendance was open to the public for the first time ever.

But the public had no idea.

Our mission was to rally the host city of Chicago to attend the games and remind everyone what it really means to "support the troops."

The wounded, ill, and injured veterans who compete in the Games are true heroes—and every hero has his or her own journey.

This concept was at the heart of our creative campaign. To support the incredible journeys of the competing athletes, we made it the public's duty to honor them with a journey of their own. Whether by plane, train, water taxi, trolley, or Lyft, spectators owed it to these soldiers to find their way to the Warrior Games.

So, we encouraged them to do whatever it took to get to the Games…just as their heroes have: By Air, By Land, or By Sea.

Rallied the campaign around an empowering anthem
We launched our campaign on Facebook with true "hero" video, featuring real Warrior Games athletes and an original song performed by soul legend Sam Moore. The film follows a wounded warrior's journey to the Games, flanked by Chicagoans, and asks spectators: How will you get to the Warrior Games? This dramatized journey was supplemented by the true stories of how each got to the Games, as told by the athletes themselves.

Heroized our athletes with larger-than-life advertising
Coming to life as bus stops, pole banners, and digital billboards across the city, our out-of-home advertising effort captured Warrior Games athletes as the heroes they are. Each poster featured the athletes competing in adaptive sports against the backdrop of the city, making their journeys to the Games from different corners of Chicago.

Helped our athletes tell their stories of courage
We targeted local and national outlets, before and during the Games, to tell our athletes' stories firsthand. We kicked things off with a media tour, resulting in coverage on Good Morning America and 10+ ESPN shows. During the Games, the coverage was non-stop, ranging from a feature of female athletes with Vogue to a live broadcast of the Wheelchair Basketball Medal Rounds on ESPN's SportsCenter. Locally, Edelman secured coverage on every Chicago television affiliate and both major papers and worked with local influencers to create a surround-sound of heroic warrior coverage, inspiring Chicagoans to "support their troops."

Welcomed our athletes as the heroes they are
Edelman partnered with event producers, United Entertainment Group, to give athletes a true hero's welcome across iconic Chicago venues including Soldier Field, United Center, and McCormick Place. We created all program content, including locker room signs, Jumbotron graphics, and a 60-page souvenir program spotlighting every competing athlete.

Teamed up with famous faces to encourage more journeys
We facilitated ongoing media interviews with former Daily Show host Jon Stewart and Warrior Games athletes, including a day-long media tour at ESPN and live taping of ESPN SportsCenter at the Medal Rounds wheelchair basketball games. We also produced an Instagram video featuring Chicago Fire star David Eigenberg, showing his support by taking a fire truck the Games. Our partnership with ride-sharing app Lyft resulted in a limited-edition "Warrior Mode" feature, which let users order a Humvee to ride to the Games.

Across Chicago and across the nation, the media paid tribute to the Warrior Games, including:

More than 50,000 people came out to cheer on the athletes, compared to an estimate 5,000 the previous year. And with 500 million total impressions, many, many more got the message about what it really means to support the troops—all of them.

But the true impact of our efforts can't be quantified—it's measured in the words of the athletes themselves:

"I can't stop talking about how awesome and life-changing this has been."

"Incredible, I was extremely humbled by the experience and am so happy to have taken part. I think that the games did more for me than I did for it."

Video for Warrior Games - By Air, By Land, or By Sea 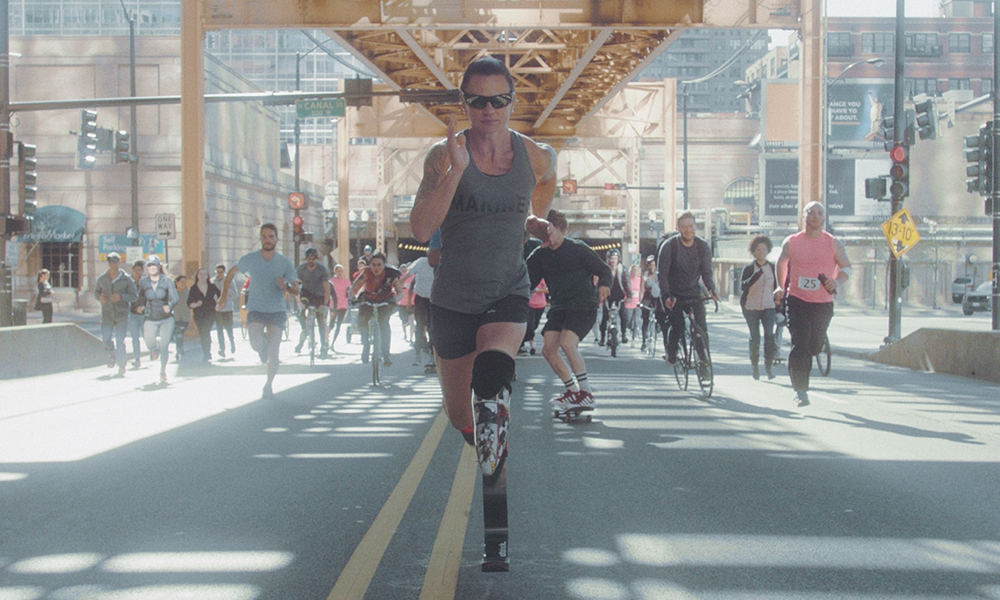