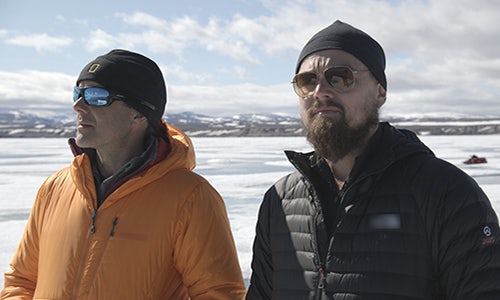 21st Century Fox and its subsidiary, National Geographic, partnered in October 2016 to launch a social media campaign around Before the Flood, the feature-length documentary from Academy Award winners Leonardo DiCaprio and Fisher Stevens chronicling climate change and its effects on global ecosystems. The film provided not only a stirring look at the science behind climate change and the obstacles to its solutions but also a powerful opportunity to leverage DiCaprio's star power and bring attention to this most critical of global issues.

21CF and National Geographic's worldwide reach places the two companies in the unique position to engage a diverse global audience, spreading the message of sustainability and equipping viewers with the tools they need to make change in their own lives and communities.

The #BeforeTheFlood campaign was designed to both capitalize on the strength of 21CF and National Geographic's media properties and mirror the tactics DiCaprio takes in the film to tell the story of climate change.

Throughout Before the Flood, DiCaprio speaks with people on all sides of the climate change issue, including residents affected by its alterations to local ecosystems, skeptics who doubt its scientific basis, and activists working to find solutions. 21CF and National Geographic saw a social media campaign as the best method to reflect this multidimensional approach and continue to grow the film's audience.

The campaign's strategy can be summarized as follows:

- Allow mass participation by hosting the campaign across all major social media platforms, including Facebook, Twitter, and Instagram, as well as through the Before the Flood custom Snapchat filter

- Empower viewers to take action in their own lives by directing them back to National Geographic's website, which contains information helping viewers contact their elected representatives, tips on how to reduce their own carbon footprints, and a toolkit for informing citizens and politicians about climate change

Before the Flood's commercial-free global broadcast premiered on National Geographic on October 30, and the campaign ran from October 24 to November 18. #BeforeTheFlood was shared widely on National Geographic's social media channels—one of the world's leading brands across all platforms—as well as on DiCaprio's social media, leveraging his celebrity reach to amplify the campaign.

Pristine Seas works to establish reserves where marine life can thrive and ensures they will be effectively managed for years to come. The organization works in tandem with National Geographic Explorer-in-Resident Enric Sala and his team's 10-year mission to explore, document, protect and restore the ocean's wild places. The Wildlife Conservation Society works across nearly 60 nations and in all the world's oceans to save endangered wildlife species through science, conservation action, and education programs. The organization is based at the Bronx Zoo in New York City.

As a direct result of the #BeforeTheFlood campaign, 21CF and National Geographic successfully garnered enough social media engagement to donate the full $100,000 to Pristine Seas and the Wildlife Conservation Society, directly supporting organizations working on the ground to protect and restore the planet's most vulnerable ecosystems.

The campaign, in connection with the decision to make the film available to stream for free across a record number of digital platforms, made Before the Flood the most watched National Geographic film ever, and arguable one of the most watched documentary films in history. It also helped reaffirm and demonstrate National Geographic's commitment to protecting and preserving the planet through storytelling rooted in both scientific research and human connection.

National Geographic estimates that Before the Flood reached over 60 million people worldwide and surpassed one billion minutes viewed across linear, digital, streaming and social platforms. 30 million people watched the documentary during its broadcast on National Geographic Channel in the U.S. and internationally, and another 30 million watched the film on YouTube, iTunes, Facebook, Twitter and more.

The company still receives requests from educators to arrange screenings, and National Geographic Society's educational materials about climate change, which tie back to Before the Flood and other climate change programming, continue to educate and motivate students of all ages around the world. 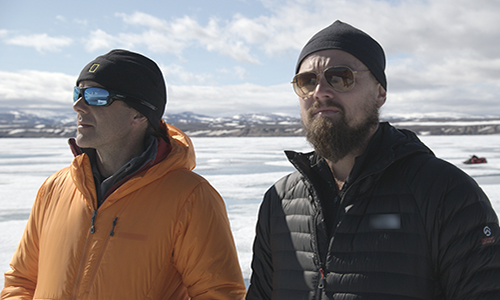