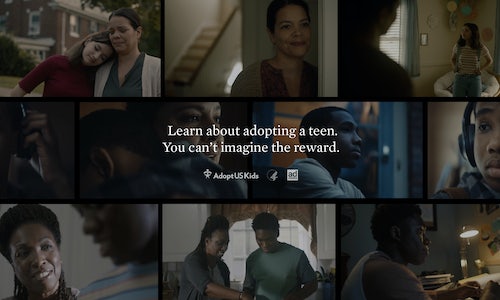 The AdCouncil and AdoptUSKids.org challenged Barbarian with what seems an insurmountable feat — Create a campaign to help find homes for the thousands of teens in foster care who are in danger of growing up without families or a place to call home. Most parents looking to adopt a child typically opt for younger children as opposed to teenagers, fearing they’ll fail a child who may have been failed in the past. This leads to lower adoption rates for teenagers, who wind up spending 50% more time in foster care than younger kids. The goal of this project was to change that perception and increase teen adoption rates.

With such an important cause to support, we rallied our troops to volunteer their time, setting out to create something nuanced yet emotionally impactful, baked in the reality of the issue and truly capable of making a difference. Our work was inspired by real families and real stories. Their emotional rewards became the insight and beating heart of our campaign — one crafted with care that captured the benefits of adopting few get to experience.

The campaign, “You Can’t Imagine the Reward” let us share the deeply emotional stories that define a different kind of family — one where everyone involved chooses to take part.

In phase 1, our assets showcased moments when adopted teens and parents realized they had created a new family. Our hero video, At Home shared the story of a teen discovering his place in a family as he saw himself in a family photo for the first time. In phase 2 of the campaign, we doubled down on these emotional stories as we sought to show how these connections only grow deeper over time. We evolved our creative to take viewers on a multi-year journey in an intimate style that evokes the emotions of scrolling through years of family photos in two stunning new films.

Warning: These campaign videos can cause serious side effects such as tearing, fluttering of the heart, goosebumps and possibly even adoption of a teen in need of a home.

In Mailbox, we told the story of a house becoming a home — following a single mother as she and her adopted teen girl create memories and bond while rebuilding the family mailbox.

The third film, Dinner brought to life a relationship between an adopted teen boy and his new mother as they bonded over preparing family meal

The 3 PSAs utilized donated TV and digital media. Even with COVID competing for donated media space, the campaign maintained a high level of support, achieving 1.8 million AdoptUSKid.org visits and 45% campaign awareness. Most importantly, foster care adoption consideration continued to increase over the past 6 years, with 870,000 youth adopted from the U.S. foster care system last year.

Video for AdCouncil AdoptUSKids - You Can't Imagine the Reward 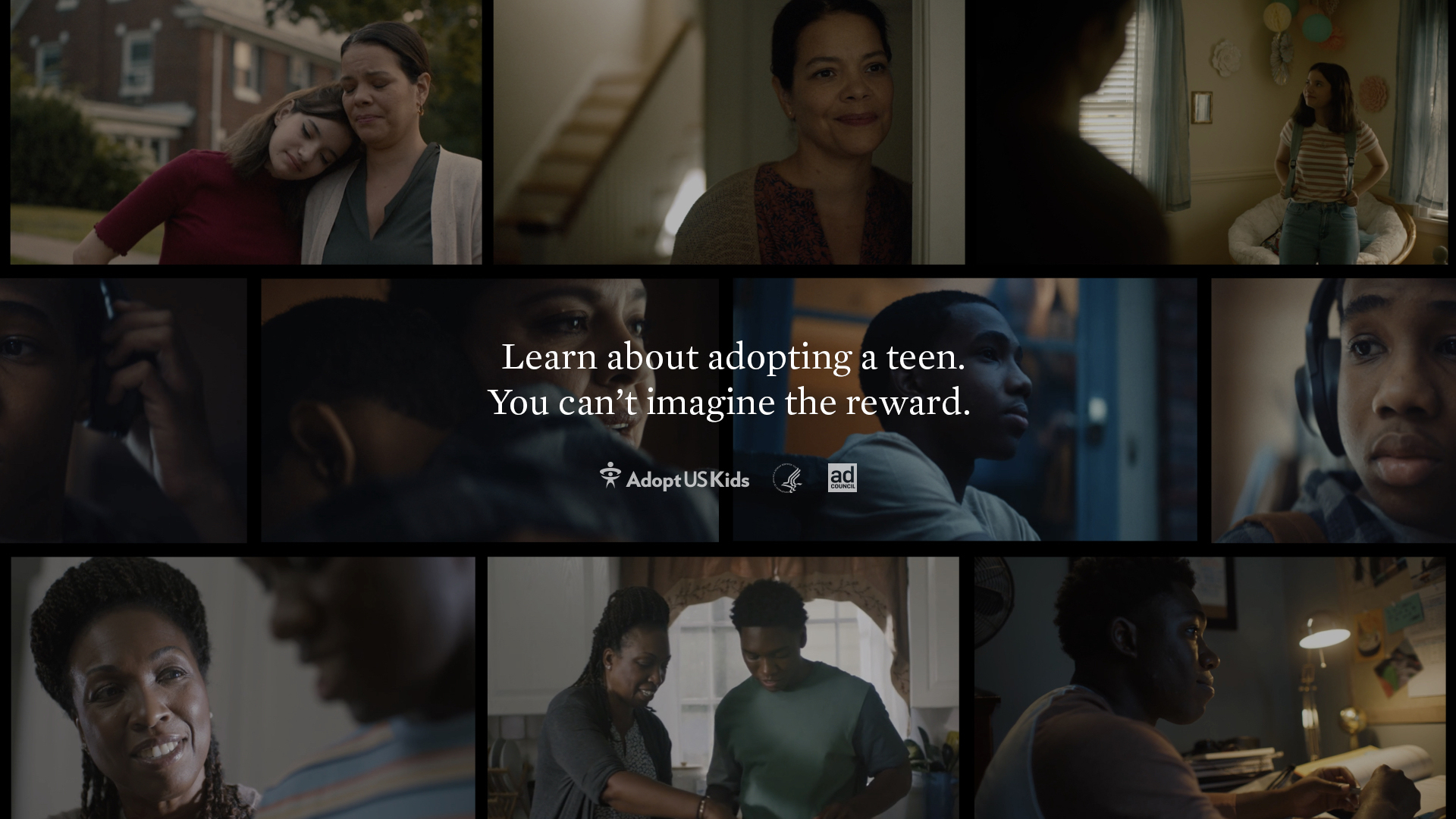