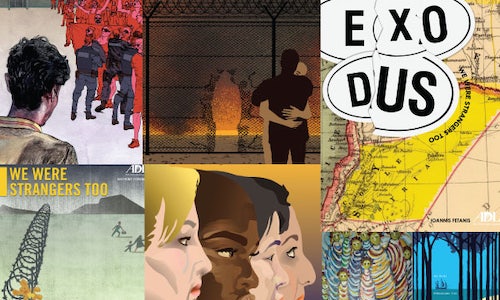 We Were Strangers, Too

Today, one in every 113 people globally is either an asylum-seeker, internally displaced or a refugee. This amounts to the largest refugee crisis the world has seen since World War II.

However, in the wake of a series of tragic terror attacks around the world, we have seen refugees scapegoated and demonized. Instead of meeting this vulnerable population with compassion, too often refugees have encountered closed doors and hateful rhetoric. At the Anti-Defamation League (ADL), we refuse to allow fear to govern U.S. policy or shape American culture. The U.S. can continue to welcome refugees while also continuing to ensure national security.

For decades, ADL has advocated for an immigration policy that reflects the U.S.'s place as a beacon of hope for the world, providing safe harbor, and ensuring we counter and prevent terror.

The We Were Strangers, Too campaign is intended to underscore both the universality of the refugee experience and the need for the U.S. to uphold our legacy of helping the world's most vulnerable victims. Deeply ingrained in the Jewish tradition is the imperative to treat the stranger kindly, "for we were strangers too."

To energize grassroots advocacy, there is no more potent way to turn the tide of public opinion than to mobilize the power of art. That's why ADL partnered with the Creative Action Network (CAN), a network of 10,000 artists around the world, to illustrate a compassionate case for welcoming refugees.

ADL advocates for refugee rights not only because it is the humane and moral course of action, but also because we were strangers once, too. Many in the Jewish community have parents or grandparents who came to the U.S. seeking refuge, so the current refugee crisis feels deeply personal.As we saw the world stir to action when faced with the image of 3-year-old Aylan Kurdi's body washed ashore last September, art can uniquely capture and communicate the experiences of those who must flee for their lives and seek safety abroad.

CAN activated its network of 10,000 artists to work with ADL to disseminate a call for artwork using the theme "We Were Strangers Once, Too." Given the evolving nature of the refugee crisis, artists from all over the world continue to submit evocative works of art showcasing the universality of the refugee experience. In turn, ADL developed a comprehensive digital and print media plan showcasing the artwork to raise awareness for and add weight to our efforts in Congress to affirm basic principles protecting refugees and the U.S. resettlement program.

As many governors and state legislators introduced anti-refugee proposals, ADL paired the artwork with messaging highlighting the compassionate case for welcoming. The campaign messaging was rolled out across ADL's national Facebook, Twitter and Instagram channels, as well as through earned media outreach. Notably, the campaign began on the first day Passover, a Jewish holiday celebrating the Israelites' liberation from slavery in Egypt — meant to resonate with the Jewish people's' investment in the welcoming of refugees and immigrants based on the history of displacement in Jewish history.

Locally, through its 27 regional offices across the U.S., ADL utilized the artwork to create a compassionate case to 109 elected officials whose votes on these bills matter most.

ADL has continued to feature the artwork throughout the summer and plans to ramp up the campaign on social channels this fall amid the high season of the election to ensure a welcoming narrative around refugees and immigration. ADL will also tie in artwork to Fall 2016 advocacy initiatives, including a push for Congress to protect and increase funding for refugee resettlement and assistance.

This campaign has dual goals. ADL aimed to both raise awareness and spread understanding of the refugee experience, while positively impacting legislation related to the refugee crisis.

The conversation on Twitter around We Were Strangers, Too has had an estimated 4.8 million impressions to date. Nearly a quarter of users who participated in the conversation engaged multiple times. ADL saw numerous authoritative Twitter users engage in the conversation, from human rights organizations to notable news analysts and policy experts.

Additionally, the We Were Strangers, Too campaign has driven nearly 10,000 pageviews to a combined We Were Strangers, Too landing pages on ADL.org and the CAN website. Utilizing the art, our network of volunteers have mobilized to work to change the narrative around the ongoing refugee resettlement debate and digital grassroots mobilization efforts have resulted in nearly 2,800 letters being sent to members of Congress.

Furthermore, the campaign has contributed to positive impacts to the larger conversation around the refugee crisis. Not one state has enacted anti-refugee legislation this year and, on September 19th, the United Nations General Assembly will host a high-level summit to address a more humane and coordinated approach to supporting refugees and migrants. The following day, President Obama will host a separate Leadership Summit on Refugees to galvanize significant new global commitments to supporting refugees. 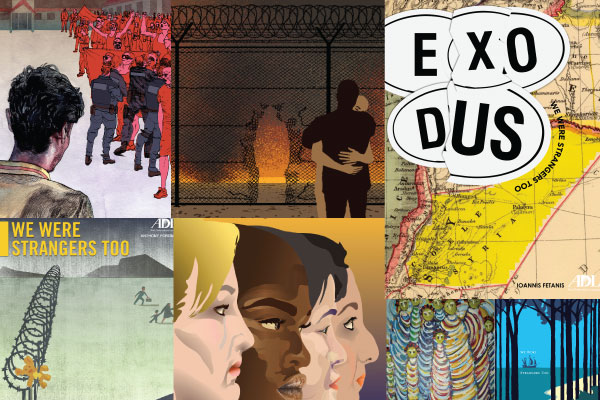