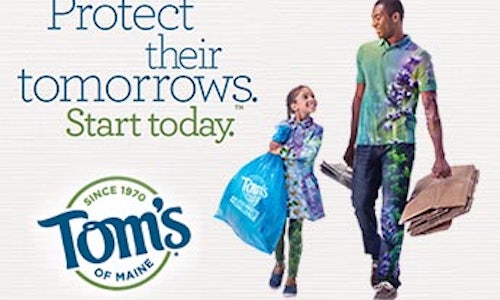 In the United States, the average family generates nearly 125 pounds of waste per week. In most cases, this waste is sent for linear disposal in landfills and incinerators. In an effort to bring attention to this startling fact, and to motivate individuals and families into reducing waste at home, recycling pioneer TerraCycle -- which operates free, consumer-facing recycling programs for typically non-recyclable or difficult-to-recycle waste streams -- teamed up with natural care product company Tom's of Maine to support Tom's of Maine's #LessWasteChallenge; a month-long social action campaign in April 2016 ("Earth Month") challenging individuals over social media to reduce one pound of waste each week from their daily lives.

The primary objective of this campaign was to encourage individuals across the country to pledge online their commitment to reducing waste in their everyday lives. By sharing with individuals simple waste reduction tips, creating fun Do-It-Yourself "upcycling" project videos using waste, and by developing an extensive media campaign around the #LessWasteChallenge, TerraCycle and Tom's of Maine sought to highlight how small lifestyle and consumption changes can have huge, positive impacts on the environment. The more realized engagement, the greater the potential environmental impact.

Throughout April 2016, also known as Earth Month, TerraCycle worked with Tom's of Maine to support the #LessWasteChallenge via an extensive marketing, social media, communications, and public relations campaign.

In support of Tom's of Maine's #LessWasteChallenge, TerraCycle developed an email marketing campaign. Through e-blast communications distributed to TerraCycle's userbase of eco-minded consumers, TerraCycle encouraged tens of thousands of individuals, families, schools and community organizations to participate in the #LessWasteChallenge and challenge their friends and families to do the same.

TerraCycle also supported Tom's of Maine's various retail activations around the #LessWasteChallenge at stores such as Meijer, Sprouts, Wegmans and Hannaford by sending geo-targeted e-blasts to TerraCycle participants located near participating stores.

Throughout April, TerraCycle engaged with users on social media by sharing waste reduction and recycling tips from leading collectors in TerraCycle's various recycling programs. These tips were shared across social media channels, including Twitter and Facebook, and highlighted how small and simple solutions (e.g. properly labeling recycling bins) could help any individual or family reduce waste with ease.

To further incentivize participation in the #LessWasteChallenge, TerraCycle offered bonus "TerraCycle points" to TerraCycle participants that took the pledge and shared their commitment over social media. TerraCycle points are redeemable as cash donations to the charity or local school of the user's choice. To date, this fundraising platform has generated over $15 million USD in charitable donations.

TerraCycle planned a public relations and media campaign around the #LessWasteChallenge. In addition to typical public relations outreach to TerraCycle's network of media contacts, TerraCycle CEO Tom Szaky wrote a variety of blog posts and articles around the #LessWasteChallenge on popular media sharing and editorial platforms, including TreeHugger.com, SustainableBrands.com, Huffington Post, and PackagingDigest.com. Leveraging these platforms, which TerraCycle regularly contributes to throughout the year, would allow the company to extend its support of the campaign to its traditional readership on these websites and platforms.

Finally, TerraCycle created a fun, Do-it-Yourself "upcycling" video series around the #LessWasteChallenge. These videos showed individuals how to create fun and useful items out of waste, such as a birdfeeder made from a Tom's of Maine mouthwash bottle. By showing consumers what they could make from pieces of waste, TerraCycle hoped to help unlock their creativity and show the value of materials consumers were previously tempted to throw in the trash.

The success and engagement seen throughout the campaign can be attributed to TerraCycle and Tom's of Maine's extensive social media, marketing, communications and public relations efforts, which reached a wide and diverse audience of consumers and individuals. TerraCycle's more than ten press hits around the campaign, including blogs and articles written by TerraCycle CEO Tom Szaky, generated more than 103 million impressions and more than $1 million in ad value equivalency

User engagement around the #LessWasteChallenge on social media was high throughout April, with thousands of users taking the pledge and confirming their commitment on both Twitter and Facebook. Even beyond April, users on Twitter and Facebook continued sharing articles and tips showing how families and individuals can reduce waste across their daily lives. TerraCycle's 28 posts on Facebook and Twitter generated more than 43,000 social media impressions throughout April.


After nearly 3,200 pledges, individuals from across the United States collectively pledged to keep a total of 165,360 pounds of waste out of landfills annually. The results of the campaign were encouraging, as they show how a small environmental commitment can have huge potential for positive impact. 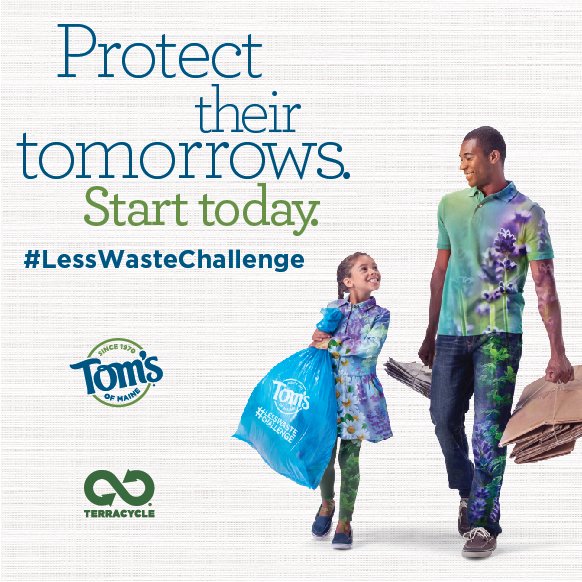 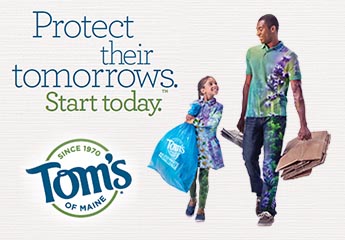 Tom's of Maine and TerraCycle