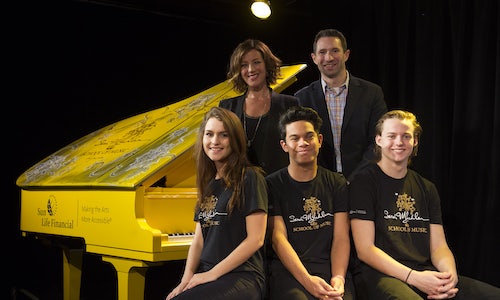 Sun Life has a long history of supporting arts and culture in Canada and believes the arts should be available to everyone, regardless of their means. In 2004, we created our own award winning Making the Arts More Accessible® (MTAMA) program – the focus of our philanthropic support of the arts.

In 2014, we committed to a three-year partnership with the Sarah McLachlan School of Music (SoM) in Vancouver (registered charity) and the support of other music schools across Canada so that at-risk and underserved children and youth may enrol, at no cost or in heavily subsidized music programs.

The first year of our partnership with the SoM was so successful, we wished to build upon our mutual success, continue the momentum and strengthen our support of her school. Our goal was to engage the community to also support SoM, build a greater awareness of the school and the need for donations for music education. We also wished to improve perception of Sun Life's brand and increase purchase consideration for Sun Life's products and services.

Collect 75 musical instruments for students and encourage at least $25,000 in donations from individuals to the school that Sun Life would corporately match, dollar-for-dollar up to $25,000.

Generate more than 137 million media impressions - the amount received as a result of our donation to SoM in 2014.

Our strategy was to creative a philanthropic initiative, over and above a donation, which had the potential for significant earned media interest and coverage to substantially increase Vancouver's and British Columbians' awareness of our MTAMA program and Sun Life's support of the Sarah McLachlan School of Music, Vancouver.

Sarah McLachlan is a Grammy and Juno Award-winning singer and songwriter. She is a highly respected Canadian icon, with album sales in excess of 40 million, and the creation of the women-only music festival Lilith Fair. A significant element of our strategy was to ensure that Ms. Sarah McLachlan played a prominent role in engaging British Columbian's to support her school and in educating them regarding the her school serving at-risk and underserved children and youth.

We researched how other music schools, supported by Sun Life, conducted musical instrument drives and discovered that they typically partnered with a local radio station. Based on our objectives we realized that our support of SoM would have to be much larger in scope. Our strategy was to engage CBC Music as a media and promotional partner to execute a month-long regional musical instrument donation drive and an individual monetary donation matching program for SoM. While the donation of music instruments was important to SoM, financial donations would enable the school to increase the number of students enrolled.

The campaign included two :30 second TV spots and two :30 second radio spots on CBC, featuring Ms. McLachlan, asking British Columbia residents to donate a new or gently-used instrument or make a monetary donation to her school. In order to encourage the public to participate, individuals who donated an instrument had the chance to enter a contest to win a "can't buy" personal experience with Ms. McLachlan. A dedicated website on CBC.ca was developed to host all of the details of the campaign including a TV spot and video of Ms. McLachlan talking about her school. To encourage social media engagement, an additional video featured Ms. McLachlan sharing the story of her first musical instrument, and encouraged the public to do the same. After the campaign ended, a :30 second Thank You video, featuring Ms. McLachlan, was broadcast on CBC television stations for a one month period.

We set a goal of collecting 75 musical instruments for students and encouraging at least $25,000 in donations to the school that Sun Life would match. We also wished to surpass the number of media impressions – 137 million – Sun Life received in 2014 as a result of our support of Ms. McLachlan's school. The campaign was announced at a large-scale media event on November 16, 2016 at SoM. The event included student performances, a Sun Life donation of a yellow wrapped Yamaha baby grand piano with Making the Arts More Accessible® branding and ten portable keyboards to kick-off the drive. Ms. McLachlan, Sun Life representatives and students spoke to reporters about the school, its impact, Sun Life's support and the campaign.

The success of this initiative is based on three key areas: 1) results of the musical instrument donation drive, individual monetary donations to the SoM 2) media results - unpaid media coverage of the launch/media event and campaign, together with paid media and bonusing from CBC Music; and 3) independent research results from the campaign.

Our campaign was a resounding success and we exceeded our targets for all key program metrics:

Formal research indicated the campaign delivered impressive results. Overall awareness of the campaign in the province was 29%, exceeding our goal for this first time program by 14%. British Columbians were highly engaged, with 1 in 5, who were aware of the program, either donating an instrument or money.

While this campaign delivered social good, it also exceeded Sun Life's brand and business metrics with a significant lift in brand favourability amongst those aware of the program and a lift in purchase consideration for Sun Life products and services. 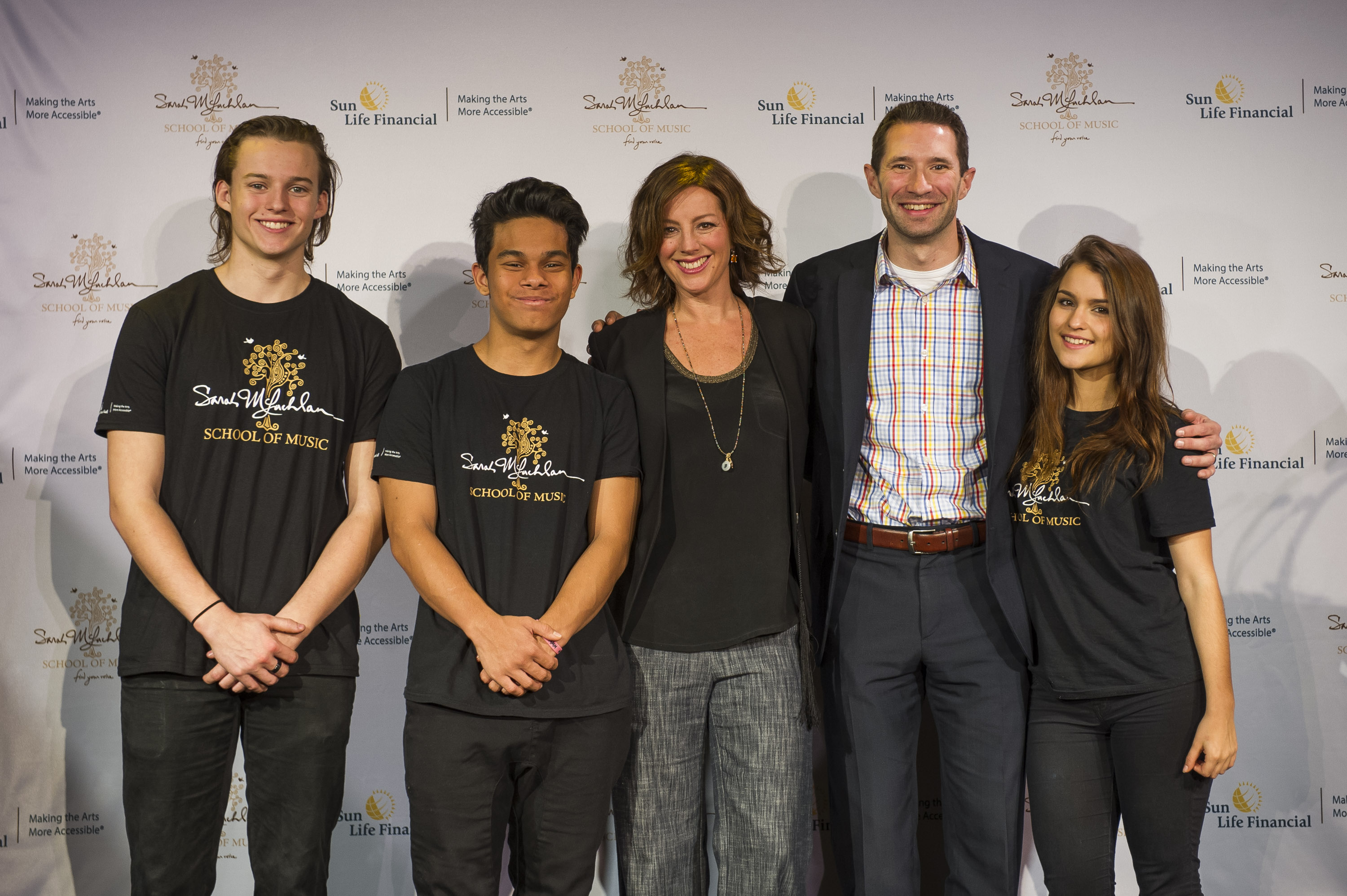 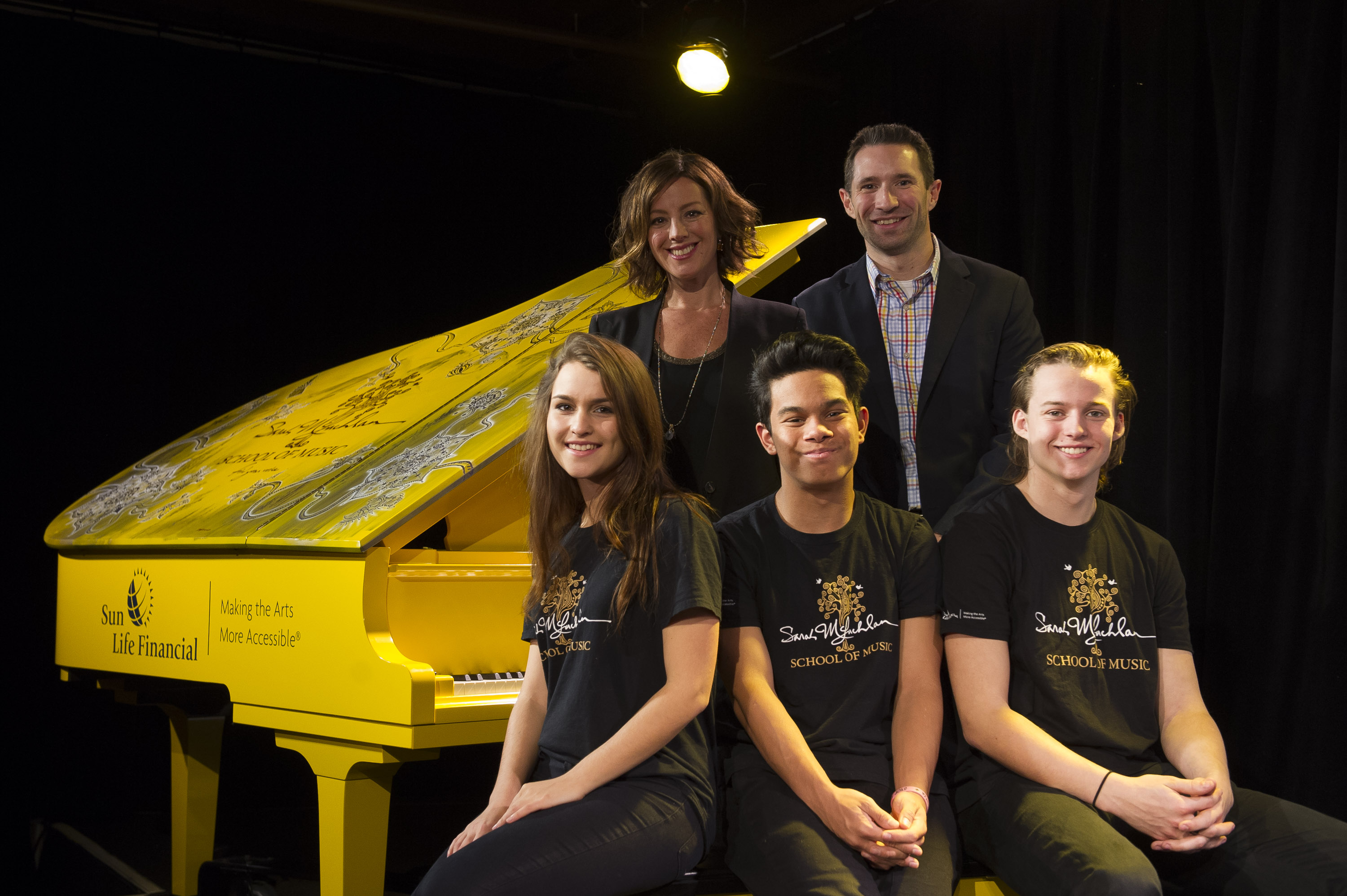 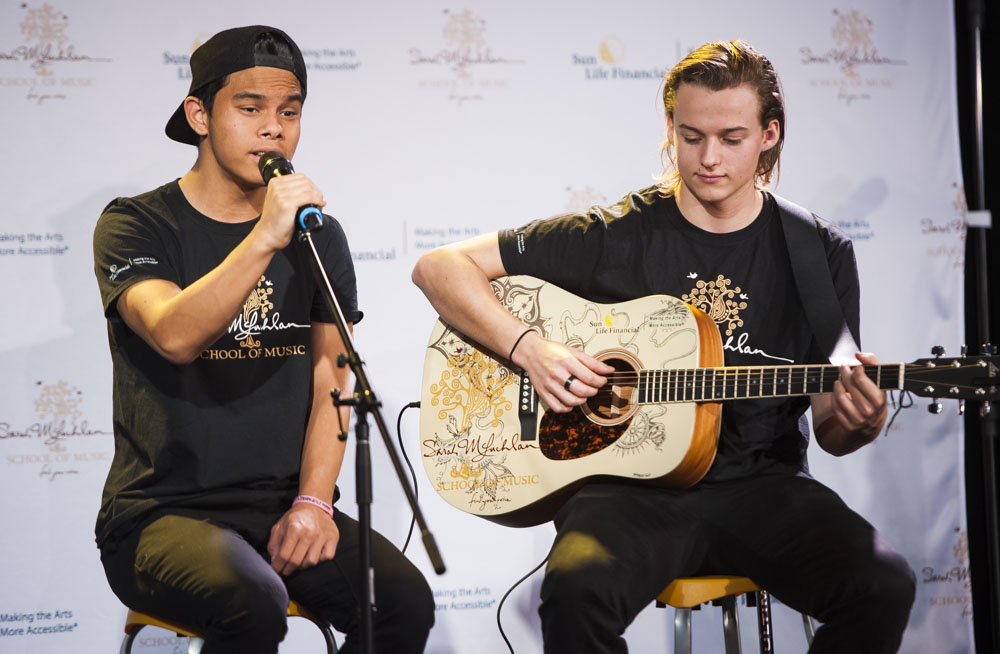