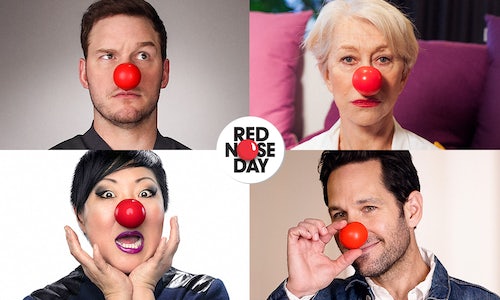 Laugh. Give. Save a kid.

The slogan says it all. Now in its second year in America, Red Nose Day is a special day to come together, have fun, and make a difference for kids in need – both here in the US and around the world.

The objectives for the Red Nose Day social media campaign were to:

We set out on social to prove that raising money for those who need it can be both fun and impactful. Donations to Red Nose Day support a range of charity partners that deliver programs to keep kids safe, healthy and educated, including: the Boys and Girls Club of America; charity: water; Children's Health Fund; Covenant House; Feeding America; The Global Fund; National Council of La Raza; National Urban League; Oxfam America; Save the Children; and Gavi, The Vaccine Alliance.

To generate buzz and tune-in ahead of The Red Nose Day Special, NBC and Comic Relief joined forces with McBeard to create original social content and educate followers on the "why" behind Red Nose Day. From illustrated graphics to FUN-raising tips & tricks, we actively answered questions about the live event while encouraging fans to create their own unique FUN-raising efforts.

All social content was united under the official campaign hashtag, #RedNoseDay, which was used more than 550,000 times on Twitter and Instagram over the course of our campaign.

Through a mix of social media content including videos, animated GIFs, static graphics and more, we filled Facebook, Instagram, Twitter, Snapchat, Bitmoji, Kik and other platforms with compelling messages to support Red Nose Day by donating.

We partnered with A-list celebrities and influencers who got seriously silly by wearing their #RedNose on social for all to see!

On Facebook, a donation button was added to the official Red Nose Day page and all Facebook videos. We also created a custom Red Nose Day profile frame that users could add to their Facebook profile photos.

On May 26th, an interactive Red Nose Day Snapchat Lens was launched in a partnership with the platform.

And last but not least, Red Nose Day was featured on the Google homepage!

Leading up to the live television event, Red Nose Day partnered with the Bill & Melinda Gates Foundation again this year for another innovative and engaging social media approach to fundraising. Starting May 19, any time a user Tweeted or Retweeted a post with #RedNose4Kids, the Gates Foundation donated $10 to Red Nose Day. The hashtag was used over 350,000 times!

During the live event, we gave fans a one-of-a-kind, second-screen experience with #BTS and red carpet content. Via Facebook Live, celebrity supporters like Minnie Driver, Jay Pharoah, and Mandy Moore let us know what the cause means to them. Across Twitter, Instagram, and Facebook, we took stock of fan reactions to celebrity videos like Jack Black with Felix, an orphan he met in Uganda last year. Fans were blown away by "The Walking Dead's Red Nose Day Special" sketch, and the "Bad Guys" sketch featuring Danny Trejo, Iwan Rheon, and Steve Buscemi.

After the live show event, we continued to drive Red Nose Day awareness by showing how donations have helped those who need it most. We also highlighted the FUN-raising efforts of everyday Americans by sharing photos of supporters wearing red noses at prom, at their wedding, and even inside a doctor's office.

Of course, after Red Nose Day, we used our social platform to thank all of our followers and supporters for helping make an incredible Red Nose Day 2016.

The campaign contributed to the awareness of the Special and the Red Nose Day brand itself with high-profile social and digital partnerships, relevant shareable content, and engaging interactive campaigns, including the Red Nose Yourself app.

The Red Nose Day campaign led to over 2 billion social media impressions and over 10 million red noses sold. On the day itself, #RedNoseDay trended on Twitter for 9 hours.

We reached millions of people through messaging apps like Viber, Kik, Paltalk and Kika with Red Nose Day emojis, and on May 26th had two branded Bitmojis.

Most importantly, more than $34 million dollars was raised for children in need. 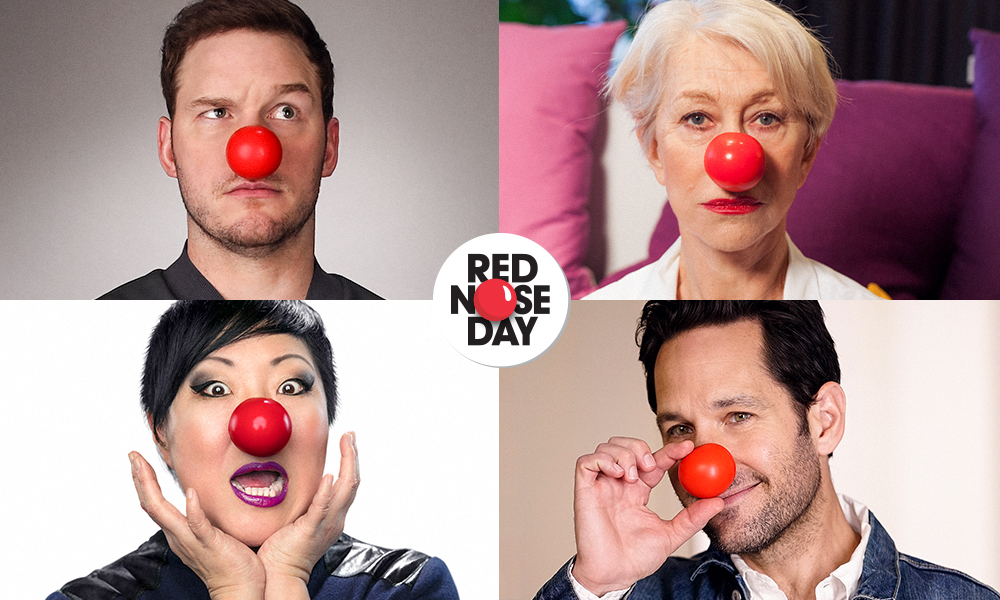