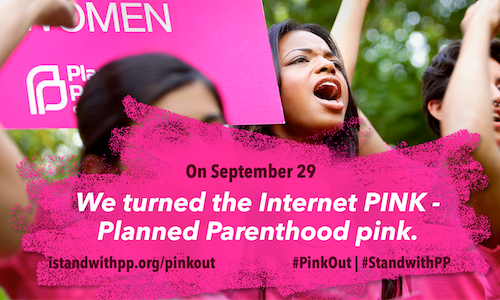 #PinkOut Day on September 29, 2015, was held to demonstrate the breadth and depth of Planned Parenthood's massive supporter base nationwide in the face of opposition attacks on reproductive health and rights, and to gain momentum for the fights ahead.

In July 2015, Planned Parenthood faced unprecedented political attacks on their network of nonprofit health care providers. After this smear campaign by anti-abortion extremists spread lies about the lifesaving care Planned Parenthood health centers provide, we worked with a broad coalition to launch a day of action to educate the greater public and ultimately turn the tide against these extreme, fraudulent attacks.

#PinkOut Day was our time to say: Listen to millions of Americans who are sick and tired of the relentless attacks on reproductive health care. Listen to the one in five American women who has received care at a Planned Parenthood health center. We told anti-abortion extremists and politicians that we are everywhere and we will not let them use fraud and deception to shut down the health centers so many women rely on for care. Women and men stood together nationwide to say:

We're not backing down. Not today, not ever.

1. Project a "You don't want to mess with us" narrative to elected officials through our supporters. We pushed out our own #StandwithPP digital petitions to members of Congress, and so did 40+ allied organizations. We worked with a progressive coalition to compile these signatures for an online to in-person petition delivery with hundreds of our supporters in front of Congress on #PinkOut Day.

2. Organize and Amplify: The politically charged environment was already set. Planned Parenthood supporters were activated and enraged by the continued malicious attacks by extremists and right-wing conservatives in Congress. Planned Parenthood organizations used our digital properties to engage, organize and amplify the massive display of public support by turning people out for a day of action. People were looking for ways to help and show their support. We launched a event page on istandwithpp.org for #PinkOut Day that provided supporters with five ways they could #PinkOut on Sept. 29:

These five ways were pushed out social, mobile and email to our base of supporters. On #PinkOut Day this page displayed our #PinkOut Digital Wall, with social posts from people across the country wearing pink to work, school or at a #PinkOut Day event.

4. Utilize digital to show online support and recruit for offline activities. Leading up to #PinkOut Day, Planned Parenthood and it's affiliates organized 14 anchor events across the country, and through a partner's digital events tool allowed for allies and supporters around the country to build and recruit for their own #PinkOut Day events on September 29, 2015. We even had an event in snowy Alaska! We utilized email, social and mobile to promote recruitment for these offline events and then used our #PinkOut digital wall to promote photos from these events on social media on #PinkOut Day.

On September 29, #PinkOut Day, a diverse coalition of Planned Parenthood affiliates and progressive organizations nationwide came together to deliver more than 2.4 million #StandwithPP petition signatures, held more than 350 events nationwide, and organized hundreds of thousands of pink-clad women, men and young people to #PinkOut and #StandwithPP online and off.

We turned the internet PINK.


Nationally and locally, we made it clear that when our opponents play dirty politics with reproductive health care, real people pay the price. Together, we created a moment for the reproductive rights movement that demonstrated our power, engaged our people, and moved our work of expanding access to sexual and reproductive health and rights forward. 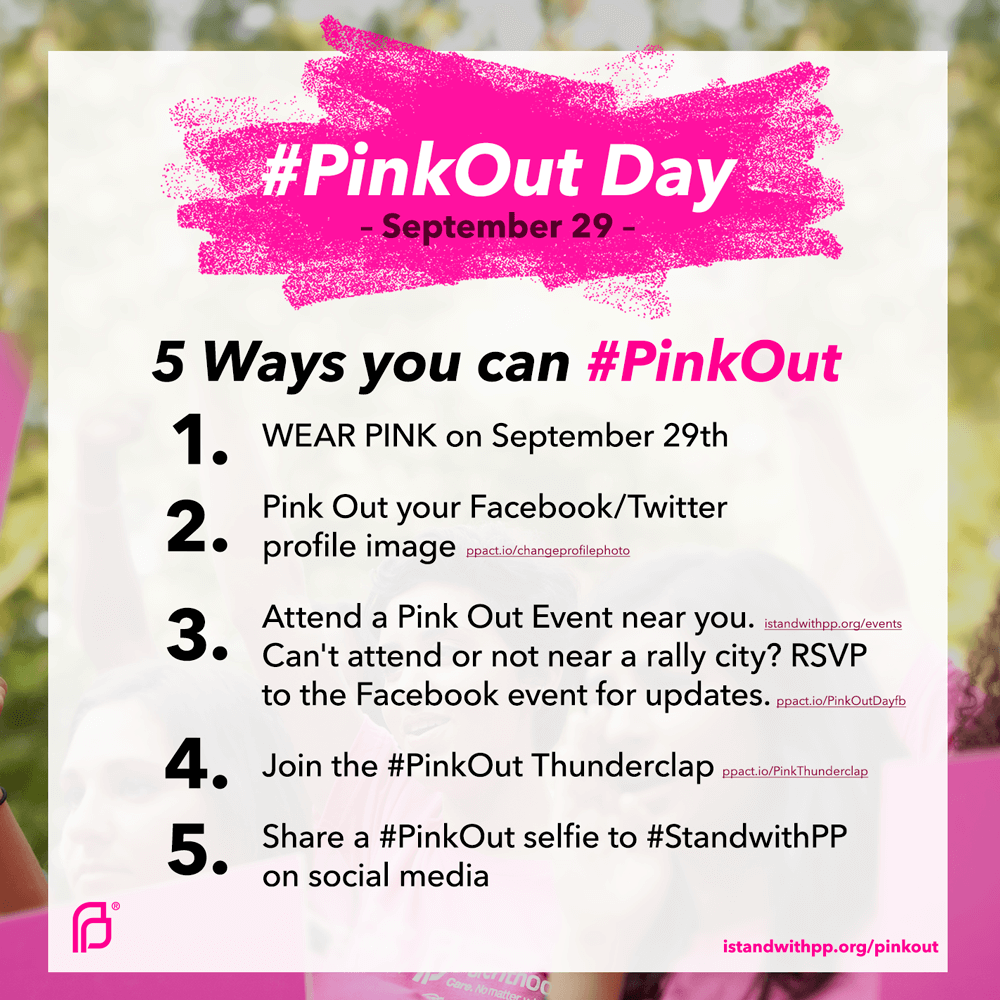 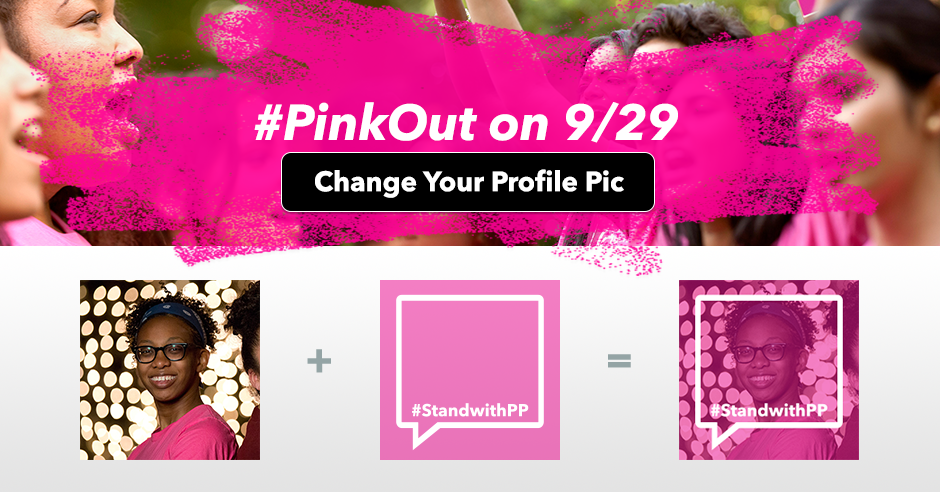 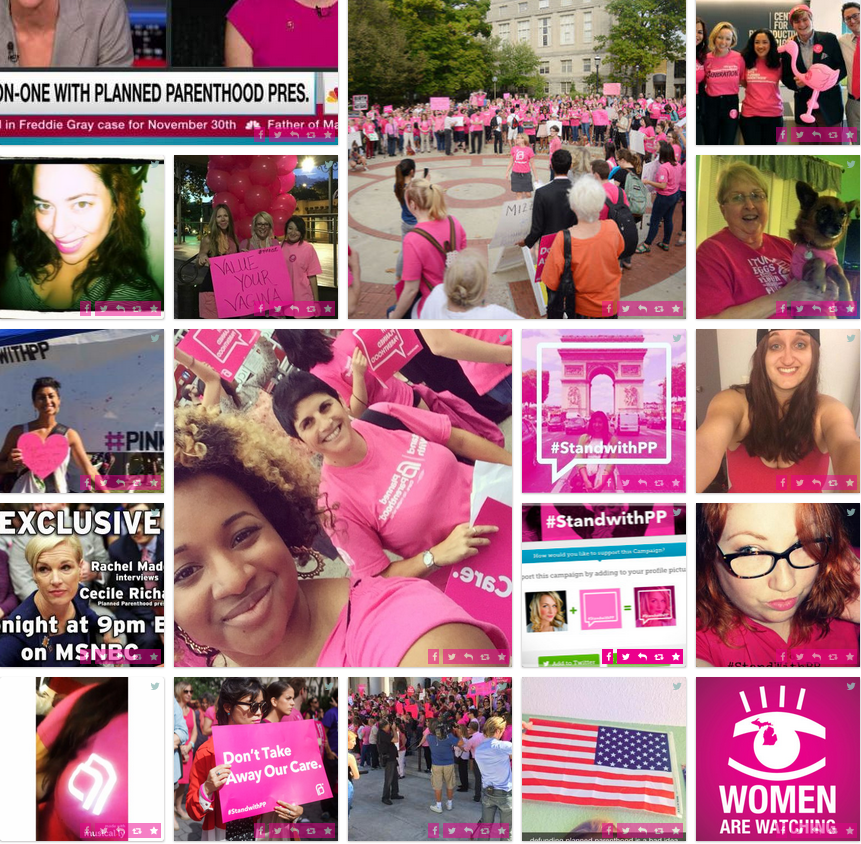 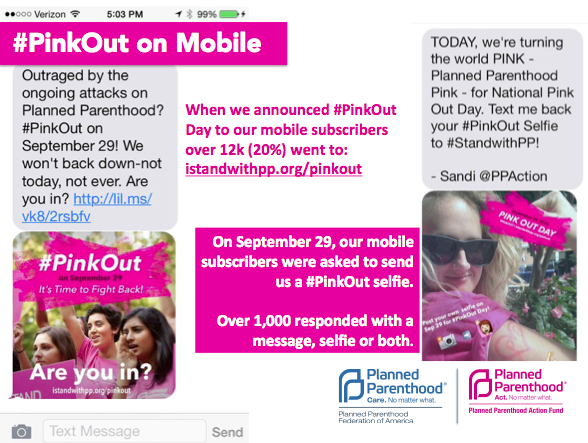 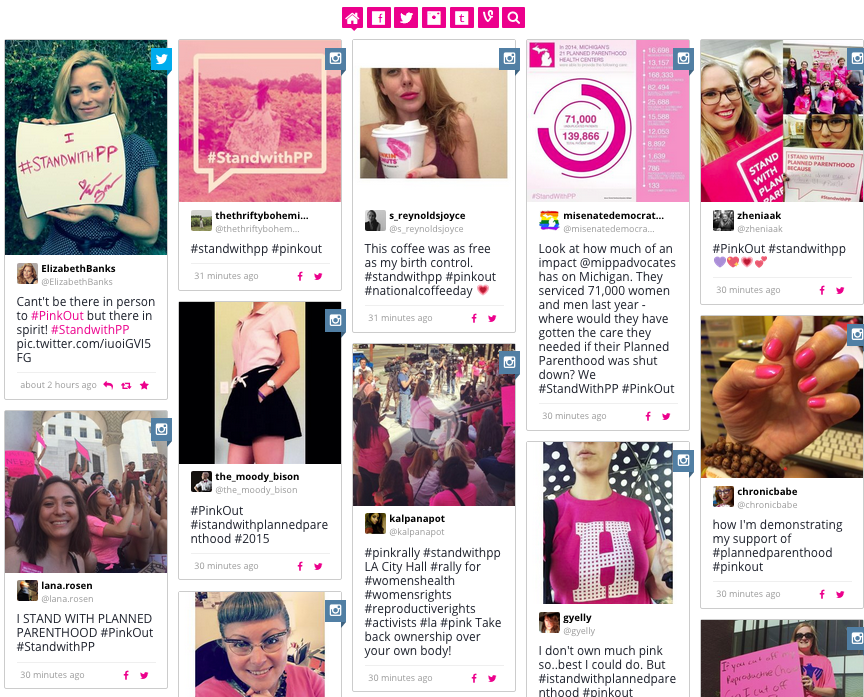 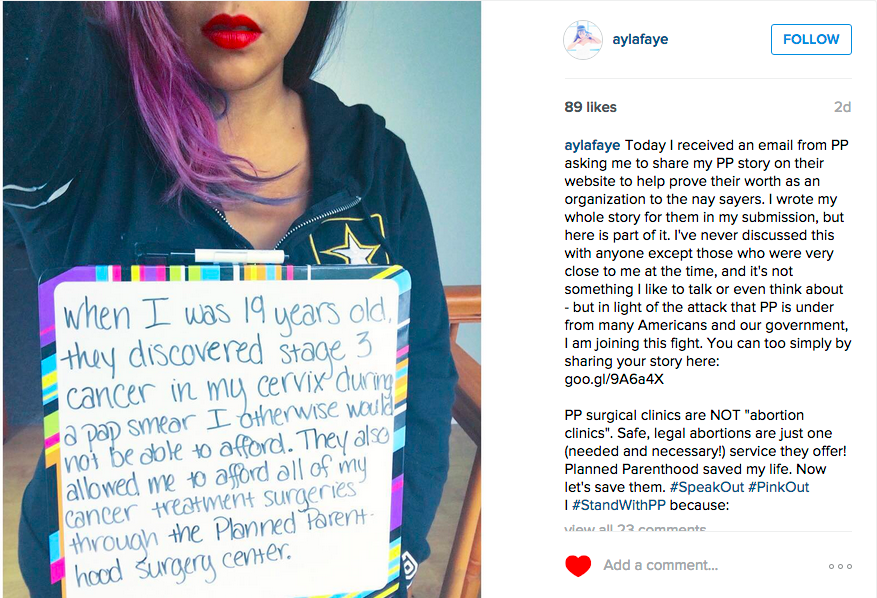 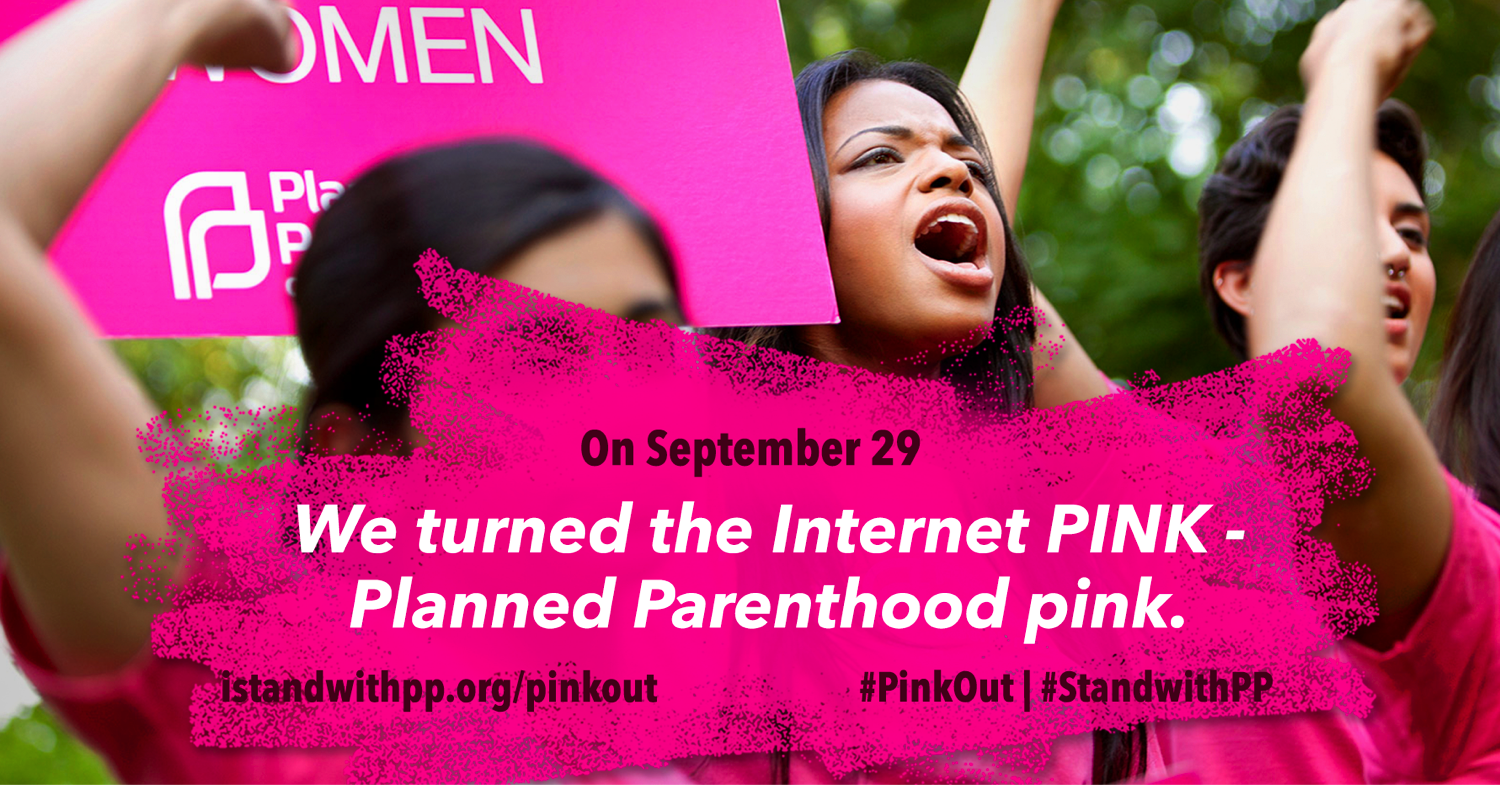 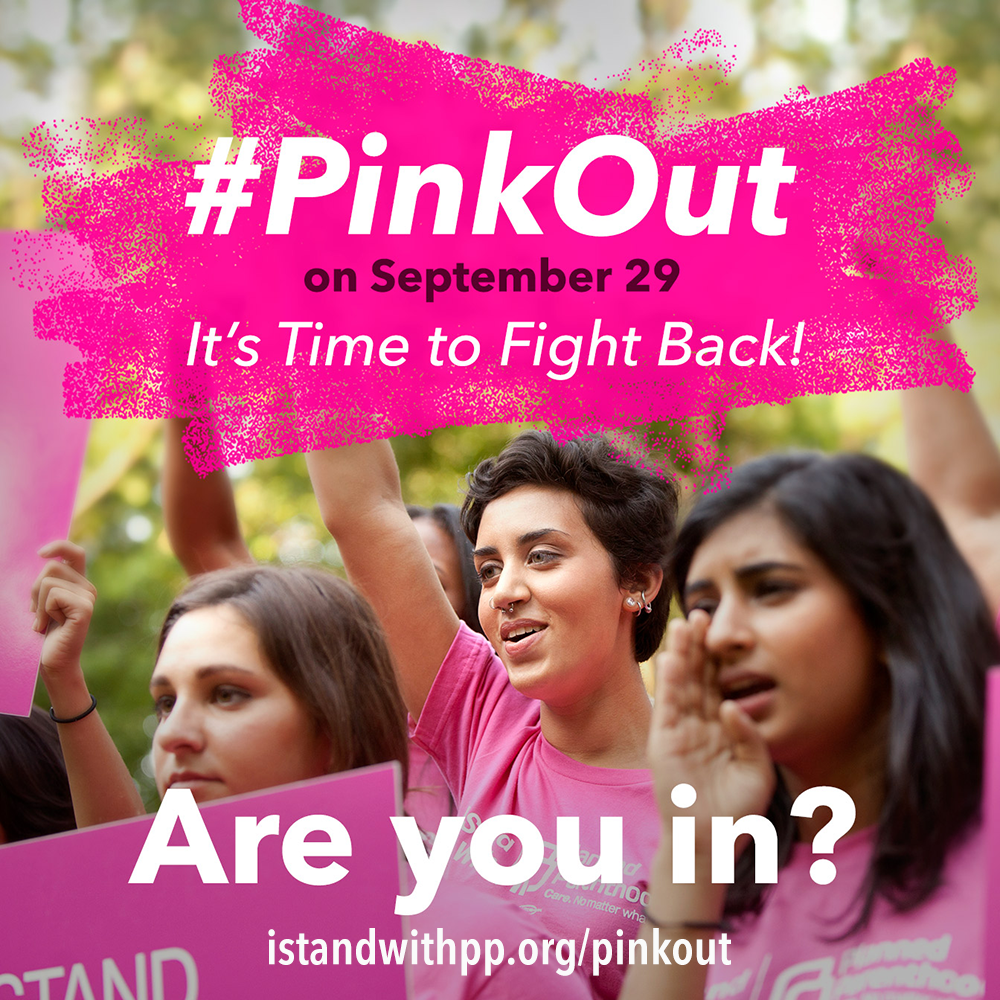