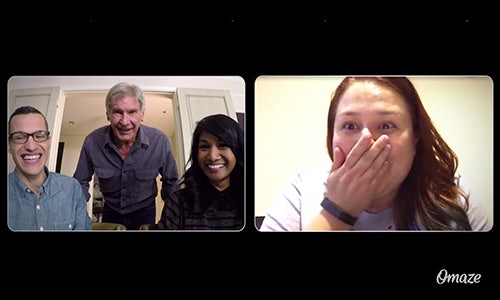 The goal of this campaign was to grant all Star Wars fans the chance to attend the premiere of Star Wars: The Force Awakens, and to inspire the Star Wars community to raise funds and awareness for 15 remarkable causes, each nominated by members of the Star Wars cast and creative team. By donating as little as $10 on Omaze.com, fans supported the Africa Cancer Foundation, Arts in the Armed Forces, Barnardo's UK, Central London Samaritans, Damilola Taylor Trust, fStop Warrior Project, Feeding America, Make-A-Wish, Malala Fund, PACER Center, Phab, St. Francis Hospice, Raheny, The Circle, UNICEF and Union of Concerned Scientists. Each cause benefitted equally from the funds raised. This campaign was also aimed at supporting the mission of Star Wars: Force for Change, a global charitable initiative from Disney and Lucasfilm which harnesses the strength of Star Wars and its fandom to make a positive impact around the world.

To raise funds and awareness for these causes, Omaze joined forces with Disney, Lucasfilm, Bad Robot, and select cast members to offer fans the chance to attend the premiere of Star Wars: The Force Awakens. Four lucky winners and their guests had the opportunity to walk the red carpet, meet the cast, and view the film before the rest of the galaxy, with airfare and hotel included. Through a donation of $10 or more on Omaze.com, fans received entries towards scoring this once-in-a-lifetime experience, with the winners selected randomly.

Omaze built an integrated marketing campaign driven by Star Wars and the talent to engage and excite fans. This plan heavily leveraged social media outreach from the official Star Wars channels, the film's creative team and the stars (including Mark Hamill, J.J. Abrams, and others), the benefitting causes, and the Omaze community. This was also supplemented by coverage from top media outlets, email marketing and paid media.

The spread of video content (created by Omaze and featuring Star Wars talent) formed the foundation for all promotion and proved highly effective at generating excitement for the campaign. In one of the most successful videos, super fans thought they'd be Skyping Omaze to give feedback about the 2014 Star Wars campaign, which raised over $4M for UNICEF Innovation Labs, but instead were surprised by Harrison Ford. Their priceless reactions were caught on film - one donor was moved to tears of joy and absolute shock - and the resulting video launched the 2015 campaign, spreading smiles across the internet and reaching 5 million views on YouTube and Facebook.

Omaze continued to drive engagement by releasing additional imaginative videos. In a video that's now up to 6 million views, Mark Hamill took to the streets of Hollywood in a Stormtrooper suit to spread the word about the campaign. Fans had no idea it was Mark Hamill himself who was inside the suit until the video launched. The final videos featured Kathy Kennedy, J.J. Abrams and numerous cast members (Daisy Ridley, Carrie Fisher, Oscar Isaac, John Boyega, Andy Serkis, Peter Mayhew, Gwendoline Christie, Anthony Daniels, Adam Driver, Lupita Nyong'o) thanking fans for coming together to create positive change in the world.

Omaze partnered with official Star Wars vendors to create exclusive merchandise, including t-shirts, art prints, and digital badges to share on social media, all of which were completely unique to this campaign and only available to donors. Talent also signed select replica costume pieces from the film. These campaign perks came with a corresponding number of entries towards the grand prize drawing and allowed fans to donate at the level that most excited them.

The campaign's success can be attributed to the strength of its influencer and celebrity partnerships as well as the passion of the Star Wars community. Videos featuring Star Wars legends, along with social media activation by cast members kept enthusiasm up and donations rolling in. Ultimately, the campaign drew donations from 125 countries, garnered top tier media coverage (including Good Morning America, New York Daily News, ABC News, and many others) and more than 7.5 million video views.

The incredible reach of this campaign generated a huge amount of awareness for the causes and allowed them to adopt an entirely new donor base. Over just three weeks, funds were raised equal to providing 891,000 meals for the hungry, 53 life-changing career programs for young people in the UK, 1,500 cancer screenings for disadvantaged people in Africa, and the list goes on. More information about the impact can be found in this infographic.

Along with supporting the incredible work of these charities, the campaign delivered four dream experiences as revealed here. Angelina from Germantown, Maryland, and Brett from Albany, California, walked the red carpet and snapped selfies with the cast at the LA premiere. Across the pond, Grzegorz from Warszawa, Poland, and Scott from Milton Keynes, U.K., and their guests were flown to the London premiere, where they met the cast and saw Star Wars: The Force Awakens before all of Europe. Each donated $100 or less. 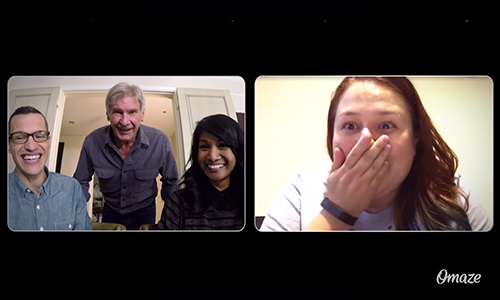 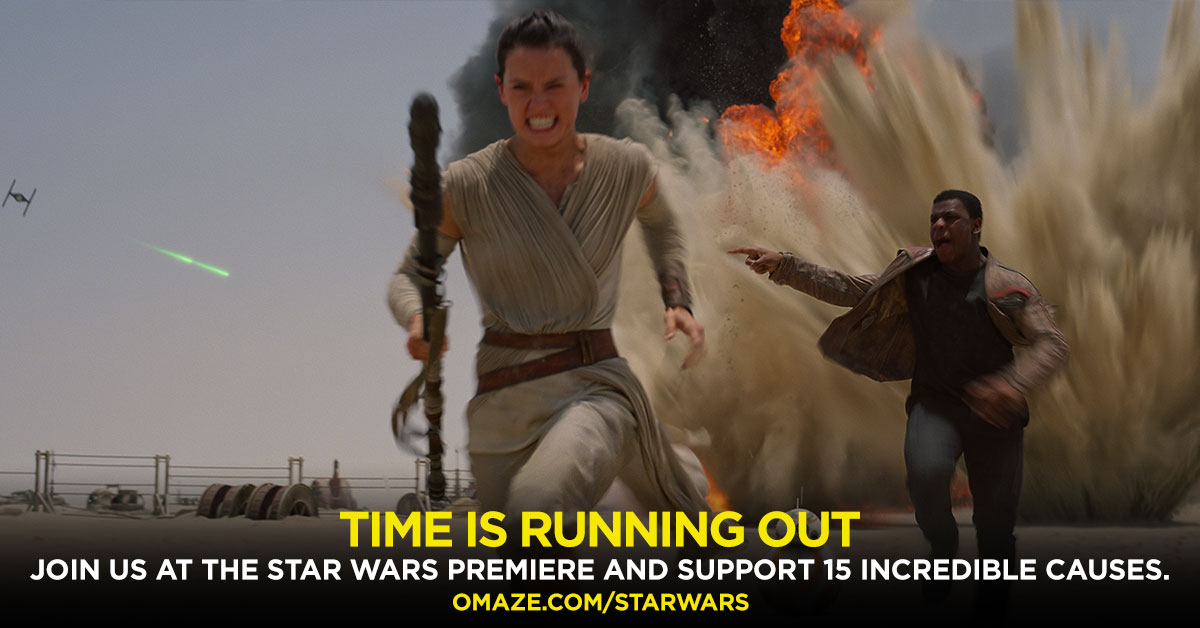 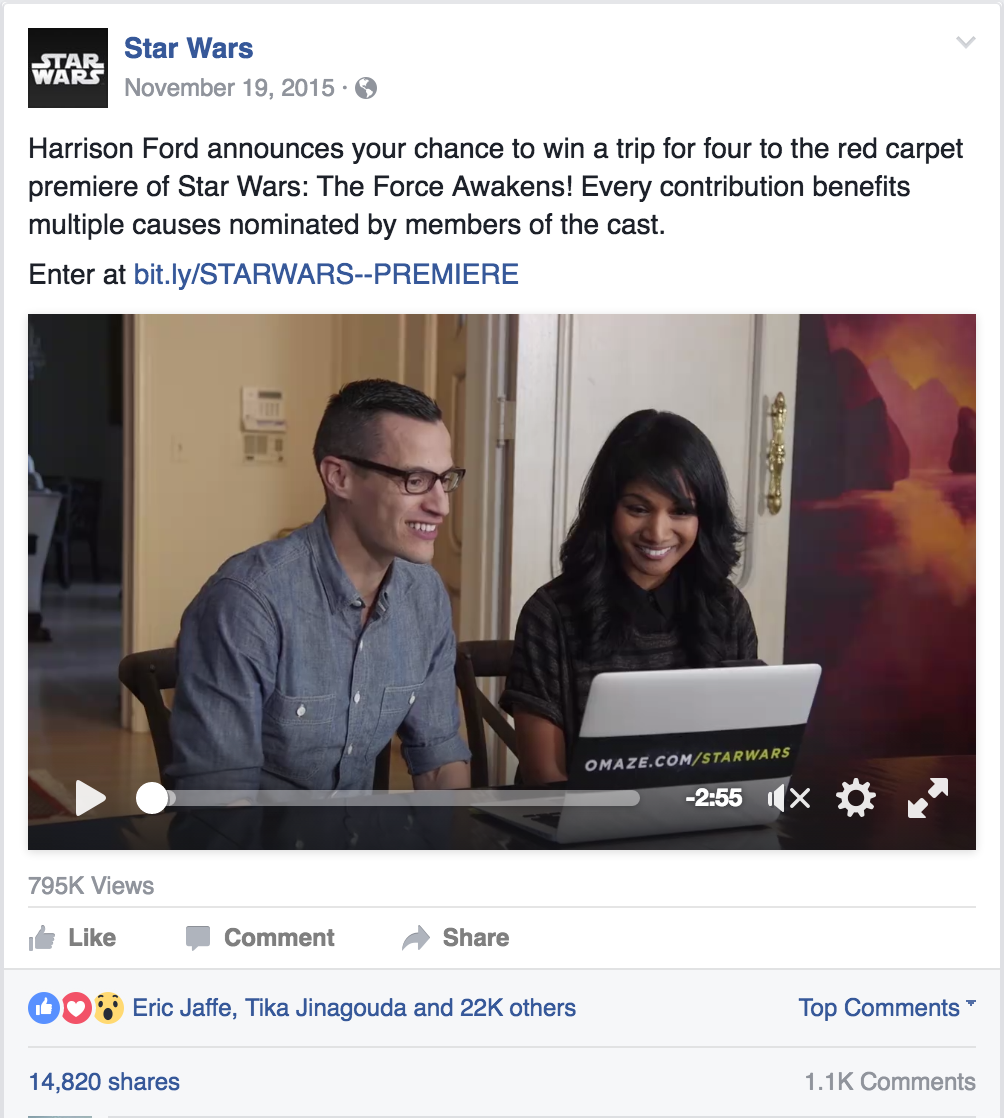