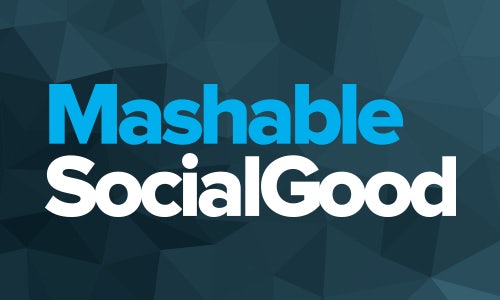 Mashable's Social Good channel provides news and resources on social impact, activism, philanthropy and world-changing innovation for the digital generation. Its coverage is a driving force behind the annual Social Good Summit, which is now in its seventh year, and brings together world leaders, grassroots activists, celebrities and citizens to discuss tangible solutions to the world's most pressing problems.

From its "How to Help" and "Better Allies" series to reporting on human rights, LGBTQ advocacy, racial justice, disability issues and more, Mashable Social Good aims to inform, inspire and entertain readers to make the world a better place.

The Social Good team has brought to light important initiatives across the world, including those that give free glasses to homeless LGBTQ youth in New York, indigenous groups demanding climate action in Paris, education programs for children living in refugee camps and the differences in access to clean water for families around the world. Their work often amplifies the voices of historically marginalized communities, and tells the stories that need to be told.

Instead of a mission statement, Mashable Social Good has a "mission question": How can we change the world?

The Mashable Social Good team is small but scrappy, leading the effort to enact the company's overall dedication to social good through quality journalism.

Since 2015, Mashable has named an editor to lead the Social Good team and its content strategy, hired a full-time reporter and expanded its roster of diverse freelance voices. The team's reporting strategy adheres to solutions journalism -- social good stories don't simply point out social inequality; they highlight the people and ideas working to change it.

Stories cater to what the Mashable audience already cares about, but they also provide what readers aren't getting elsewhere -- a critical eye; nuance and value added to existing conversations; an emphasis on intersectionality; featured communities controlling their own narratives; and tangible steps readers can take to enact social change. The Social Good team believes challenging its audience is as important as capturing their attention.

The social strategy falls in line with Mashable's community and audience development teams, distributing shareable and informative content to the digital generation via the latest platforms.

And Mashable brings its dedication to social good offscreen, hosting events with the United Nations Foundation, UN Development Programme and 92Y that gather people across industries and from various experiences to discuss the future of the world. The Social Good Summit, for example, is a direct response to traditionally closed-door talks during the United Nations General Assembly, providing an alternative, public forum to talk about global issues with the people who are most affected, and therefore know the best ways to help.


Other events, such as +SocialGood UK, Digital Beltway and Earth to Paris, follow the same strategy, with the ultimate goal of democratizing these conversations and encouraging the wider Mashable audience to take action.

The Mashable Social Good audience is large and growing, with increased recognition as a leader in the social impact news space. Social Good is among Mashable's most shared and highest performing content areas, contributing to the site's 45 million monthly unique visitors.

The company overall has a big social following -- over 30 million followers across platforms -- through which social good content is shared and distributed. Mashable Social Good, specifically, has seen a steady increase in followers, engagement and reach across its own social channels over the past year.

The 2015 Social Good Summit was the most successful event in its seven-year history, with 1.6 billion social impressions, 1,800 live attendees, 115 speakers and meet ups in 110 countries around the world. 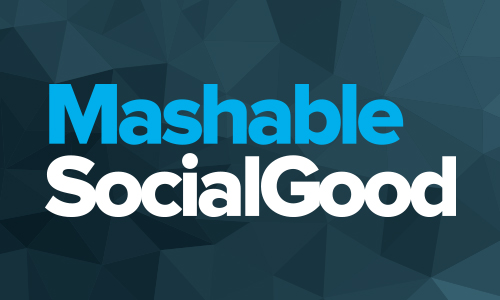