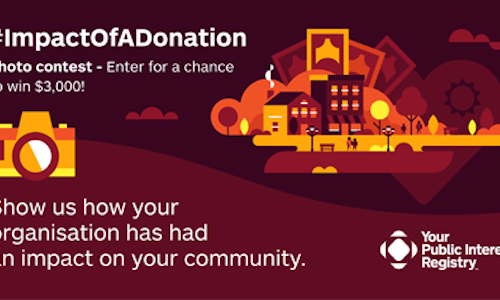 With more than 1.5 million nonprofits in the United States alone, it can be difficult for individuals to determine which organisations to donate to and how their donations will impact the organisation's mission. While some might think that large donations are the only way to make a true impact, in reality, every dollar donated does make a difference.

In response to this challenge, Public Interest Registry – the nonprofit operator of the .org and .ngo domains – partnered with the organizers behind #GivingTuesday (a movement that supports charitable giving during the holiday season) to launch the #ImpactOfADonation campaign, which took place November – December 2015. Designed as a social media contest, #ImpactOfADonation allowed NGOs to illustrate the impact of small donations and win up to $3,000 for their mission. By visually showcasing their individual stories, the contest aimed to helped NGOs demonstrate the impact they have on their communities and encourage donors to support nonprofits with as little as one dollar.

The campaign was also created to increase awareness of OnGood, an online community created by Public Interest Registry that brings together NGOs and their supporters. Through #ImpactOfADonation, Public Interest Registry aimed to drive NGO engagement and increase its social media followers by collaborating with like-minded individuals, while helping NGOs fundraise for their causes.

Timed around the global day of giving (#GivingTuesday) and fueled by the power of social media, the #ImpactofADonation campaign took place from November 19 – December 4, 2015 and was driven by consumer-generated content.

To help donors truly understand the meaning of "every dollar counts," Public Interest Registry and #GivingTuesday collaborated with various U.S. NGOs – including Amnesty International, The Nature Conservancy and Feeding America– to design graphics that illustrate what they can achieve with small donations ranging from $1-$100. Then, Public Interest Registry, #GivingTuesday and the NGOs we collaborated with leveraged our collective social media presence to share those statics and encourage other nonprofit followers to participate as well. We invited NGOs to post photos and videos of their organisations in action, showcasing how they are making a difference with the donations they receive, with the ultimate opportunity to win a donation for their cause.

Open to U.S.-based NGOs, organisations simply needed to post a public image or video with the #ImpactOfADonation hashtag and tag Public Interest Registry's Twitter, Facebook or Instagram account to enter the contest. Organisations who participated in the contest shared their stories about the work that their NGOs do every day to make a difference in their community and in peoples' lives. The NGO with the most creative or compelling image representative of their work was awarded with a $3,000 contribution and online recognition by Public Interest Registry.

#ImpactofADonation created a social movement that brought awareness to hundreds of organisations, supporters and individuals. Specifically, the contest generated more than 179 submissions from NGOs around the world demonstrating the impact of their work in their local communities. A few submissions included Kidz Showing Kindness, Manos, and the winner of the campaign, IMAHelps, which provides life changing surgeries to more than 90,000 impoverished patients in some of the poorest communities of Central and South America. Inevitably, there were a number of posts by international organisations and NGOs that did not tag Public Interest Registry which did not qualify for the contest, but all contributed to the larger social conversation, bringing further attention to the campaign.

The contest helped elevate Public Interest Registry's presence online during the crowded #GivingTuesday period on Twitter in particular. On the second day of the contest, our Twitter page gained more than 3,000 new followers, likely due to influential organizations tweeting about and participating in the contest. Overall, the contest's "open call for entries" post published on Twitter on November 24, received 586 shares and 2,400 "likes".

Between November 19, 2015 and December 4, 2015, there were an estimated 9.4 million impressions from 1,090 Twitter mentions by 658 users. 77 percent of these tweets were retweets, further demonstrating the continuous spreading of #ImpactOfADonation among users. 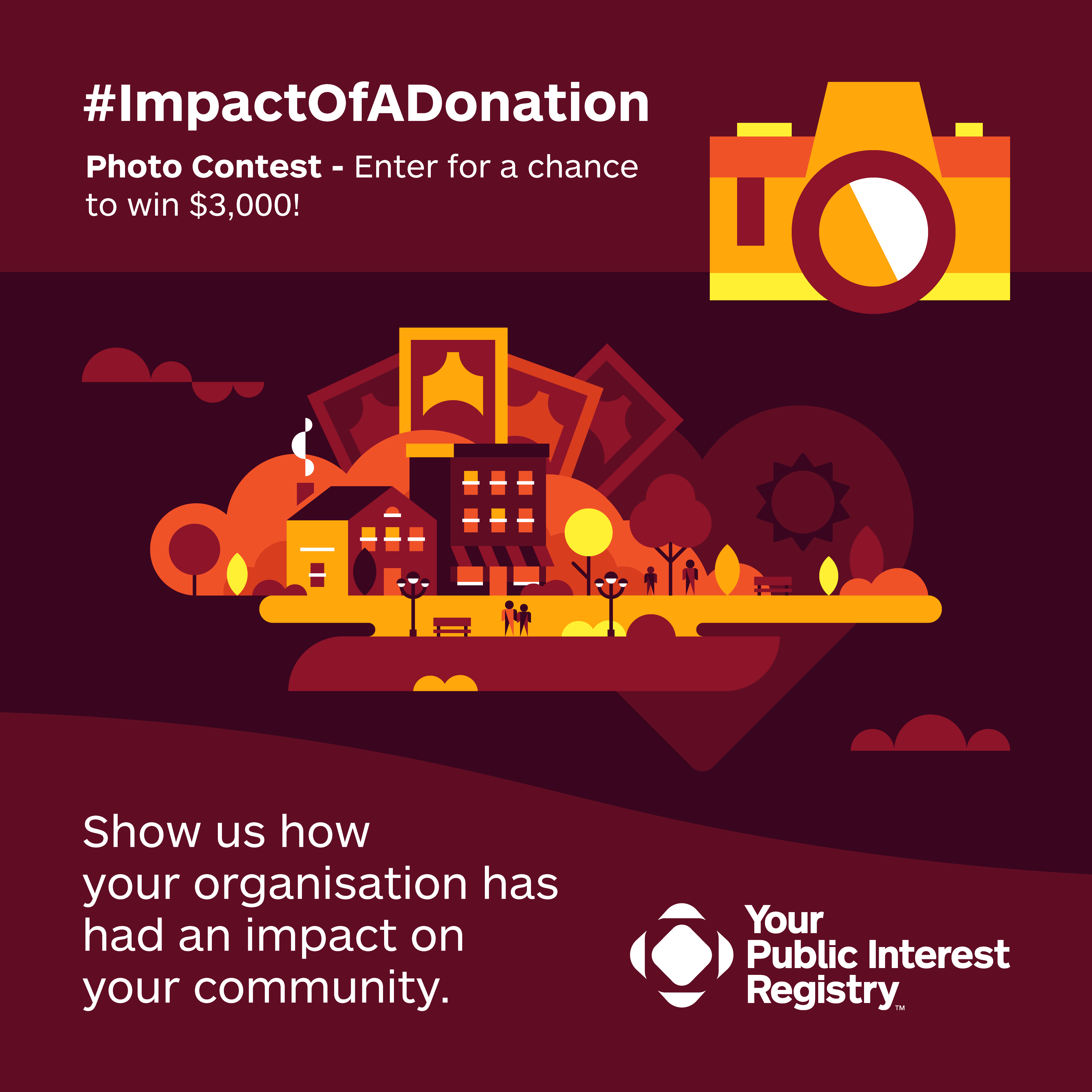 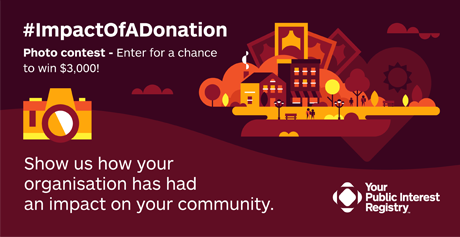