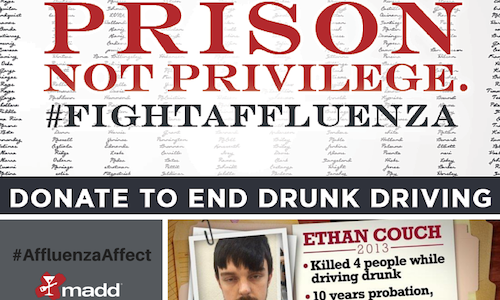 The so-called "affluenza" case of a Texas teenager who caused a fatal car crash, killing four people and severely wounded others, made national headlines in 2013 when then-16-year-old Ethan Couch's defense team used "affluenza" as an unusual, laughable argument.

When Ethan Couch was seen violating his probation by attending a party with alcohol present, he and his mother ran to Mexico, only to be caught by the FBI 11 days later.

MADD wanted to shine a light on this horrible tragedy – and the thousands of others it represented – to provide some form of justice for the victims and change the conversations surrounding DUI/DWI sentencing.

We had lofty goals:

Influence the outcome of the case: Because of his age, Ethan Couch was originally tried in the juvenile court system. With his 19th birthday looming, we saw the opportunity to have the case moved to the adult court system, where Ethan stood a much better chance of spending some time in jail.

Create urgency and relevancy for our brand: We wanted to use the natural time crunch imposed by the upcoming hearings to our advantage. We focused not on generating "impressions" but, instead, on making an impression and shining a light on the continued injustices in our legal system in order to shake people out of their complacency. We needed to stir the simmering outrage to spur people into action.

With the clock ticking, we locked five strategies into place:

With the back-end planning in place, we executed the following tactics:

The "Affluenza" campaign was our most successful campaign of the last ten years. It far-and-away achieved our goals, positioning MADD as a leading authority on drunk driving and earning us new, loyal fans. Some of the high points include: 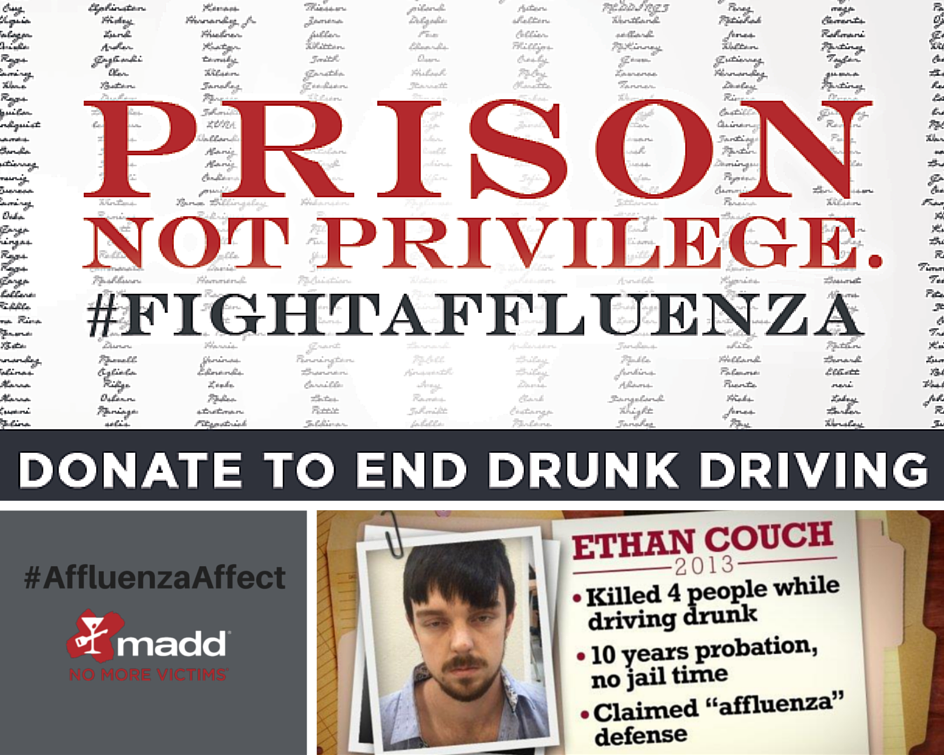 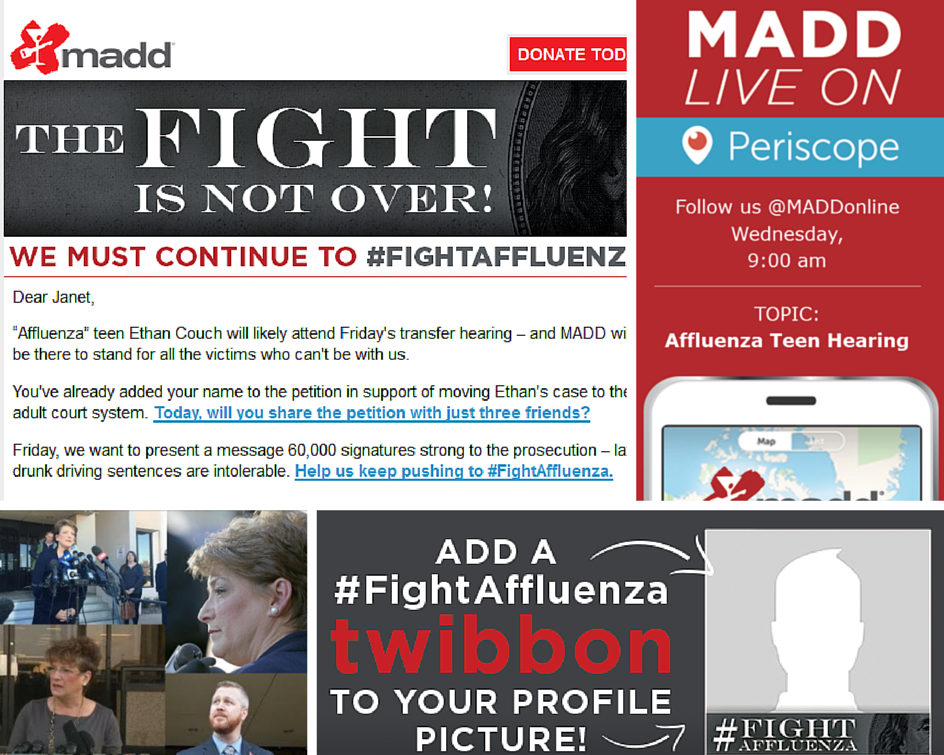 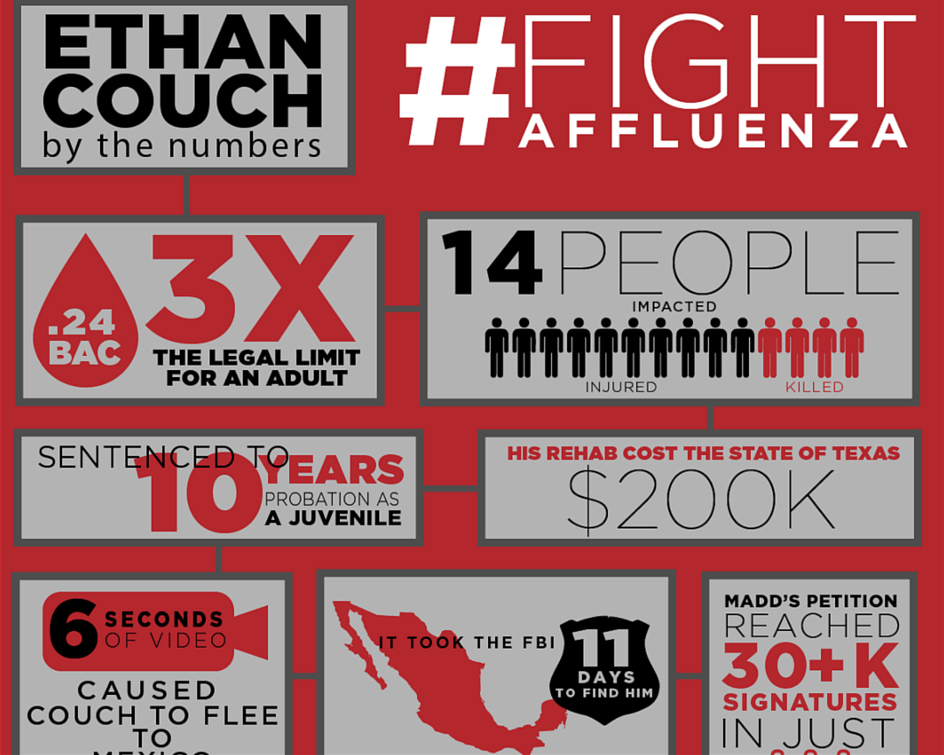