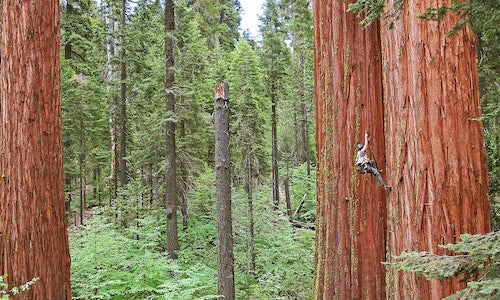 Fight For The Forests

Around the world, millions of acres of forest are falling to the ax and torch every year, cleared for palm oil, soybeans, cattle, and timber to make the products that stock supermarket shelves and fill furniture stores. Deforestation is accelerating climate change and the extinction of wildlife. During Earth Month, TakePart sought to share the stories of those fighting for the trees and shine a light on how much the planet depends on healthy forests for survival.

In April for Earth Month, TakePart launched Fight for the Forests, an editorial series examining the impact of deforestation around the world. TakePart's journalists journeyed from California to Indonesia, scaling trees and flying drones to report on endangered forests, the people and wildlife that depend on them, and our role in deforestation through the products we buy. TakePart also produced a Sustainable Palm Oil Shopping Guide, a household products quiz and a series of social actions people could take with affiliated nonprofits in order to enable direct engagement with the issue. Finally, a one-of-a-kind ecotourism trip was offered through a sweepstakes.

In Northern California's Humboldt County, redwoods face another challenge: the multibillion-dollar marijuana boom. TakePart's Todd Woody traveled to Humboldt to document how the explosion in marijuana cultivation is destroying a unique redwood forest ecosystem and killing some of California's rarest wildlife. His reporting and a mini-documentary from Leighton Woodhouse showed that decades-long efforts to preserve the largest ancient redwood forests left in private ownership are being undermined by pot growers who cut down trees, drain streams, and poison wildlife.

Farther north, writer John Platt reported on high-tech solutions to deforestation. In Oregon, scientists are deploying drones to investigate how climate is changing the world's woodlands and altering the habitat of rare wildlife. Old-growth Douglas firs are plagued by a disease accelerated by climate change. Using drones to monitor forests could help contain the spread of the pathogen and save trees that absorb huge quantities of carbon dioxide.

The annual burning of Indonesia's forests to clear land for palm oil plantations releases more carbon dioxide into the atmosphere than the entire U.S. economy. Reporter Michael Kodas traveled to Indonesia to show how corruption, a dysfunctional legal system, and the role of thousands of small farmers in the burning fan the flames of the fires set by producers of palm oil, an ingredient found in scores of food and cosmetics products.

To highlight the pervasiveness of palm oil in everyday household products, TakePart created an interactive tour of a home to quiz readers on their knowledge of the ingredient. Following the quiz, readers were invited to download TakePart's Shopper's Guide to Sustainable Palm Oil to use as a reference, hopefully affecting their future buying decisions.

Using highly targeted organic and paid social media initiatives, TakePart marketed the program microsite and related content. A media campaign with Mother Jones magazine was leveraged including a spread in their 40th anniversary edition. The deforestation campaign was also heavily promoted on-air via TakePart's sister cable channel, Pivot TV. A Twitter-only "RT to Reforest" stunt was executed on Earth Day in partnership with American Forests, and a sweepstakes offered a trip for two to Thailand and Laos.

TakePart's Fight for the Forests succeeded in its mission to impress upon the reader the urgency of global deforestation while presenting solutions and ways for people to take action to stem the destruction. To date, more than 1 million people have engaged in the various pieces of content offered in the campaign. This series not only saw significantly increased share and engagement rates compared with standard TakePart content, but it outperformed previously published editorial packages in time spent by 161 percent. In addition, high-profile publishers including Upworthy and The Huffington Post syndicated several videos and articles, further widening the reach and impact of the campaign. More than 17,000 readers entered the trip sweepstakes, making it one of TakePart's most successful giveaways to date. Finally, roughly 35,000 people took action by signing petitions and taking pledges from organizations like the World Wildlife Fund and the Union of Concerned Scientists, proving readers took the series' core theme of conservation and sustainability to heart. 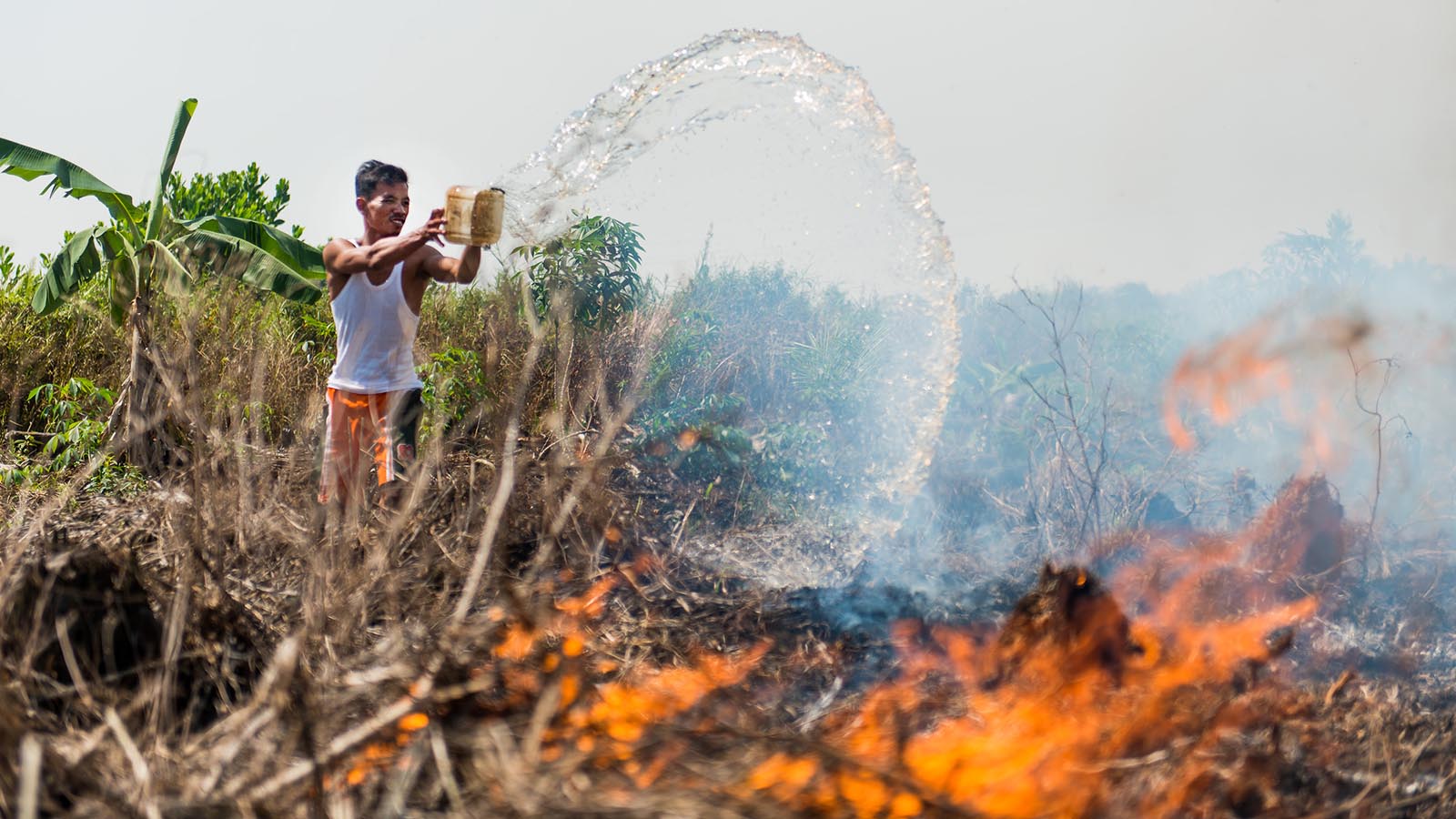 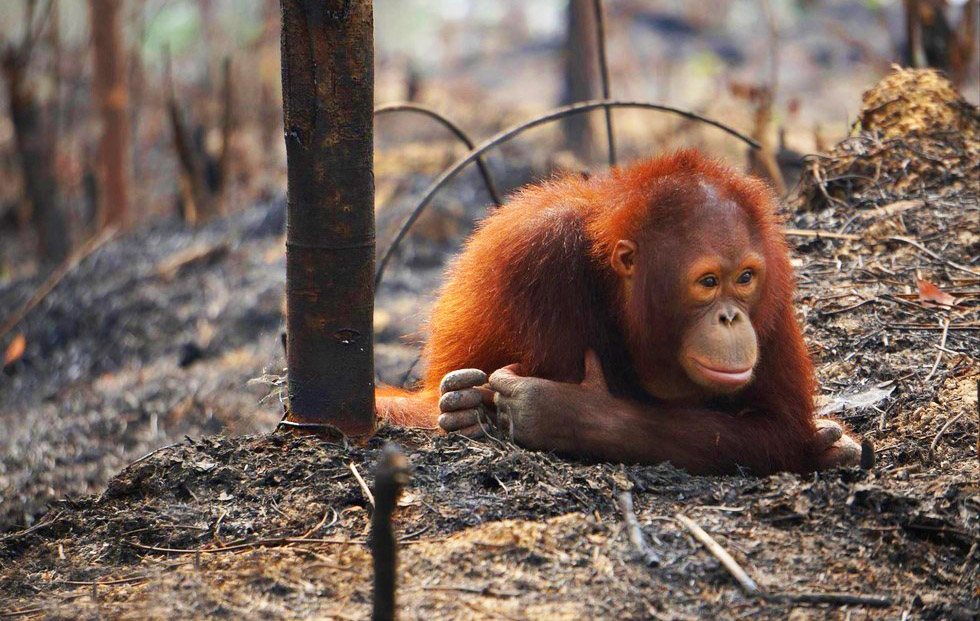 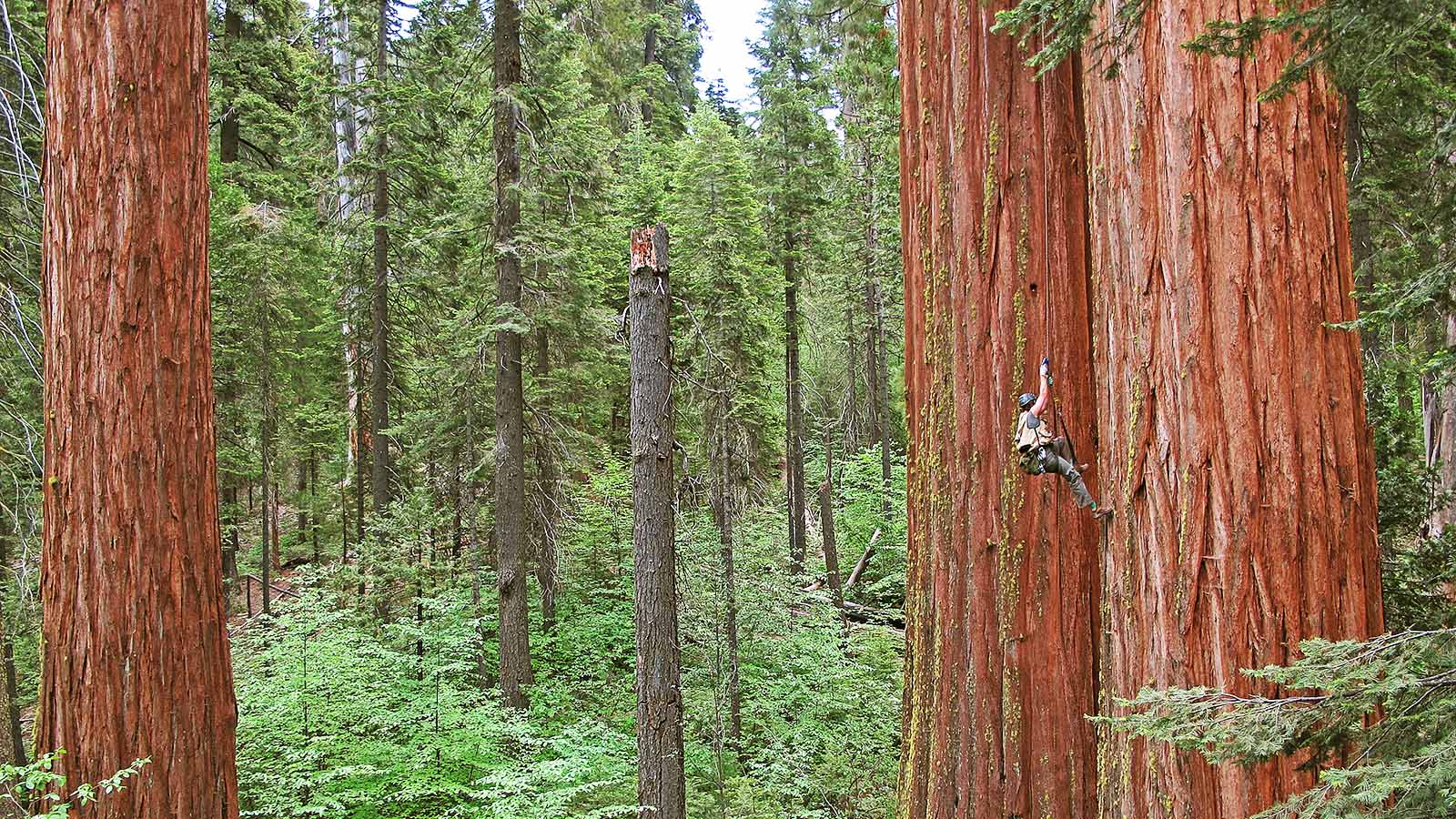 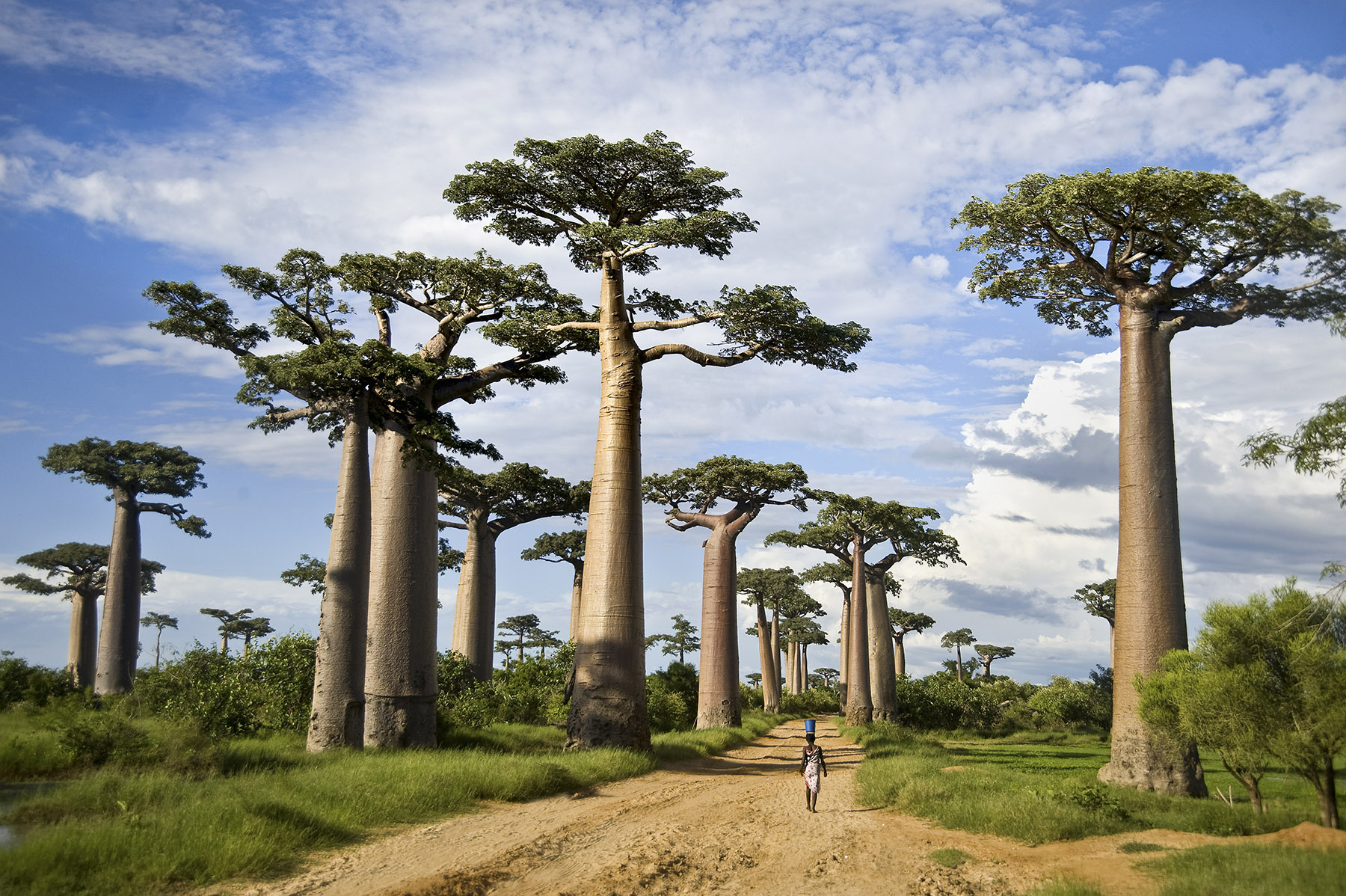 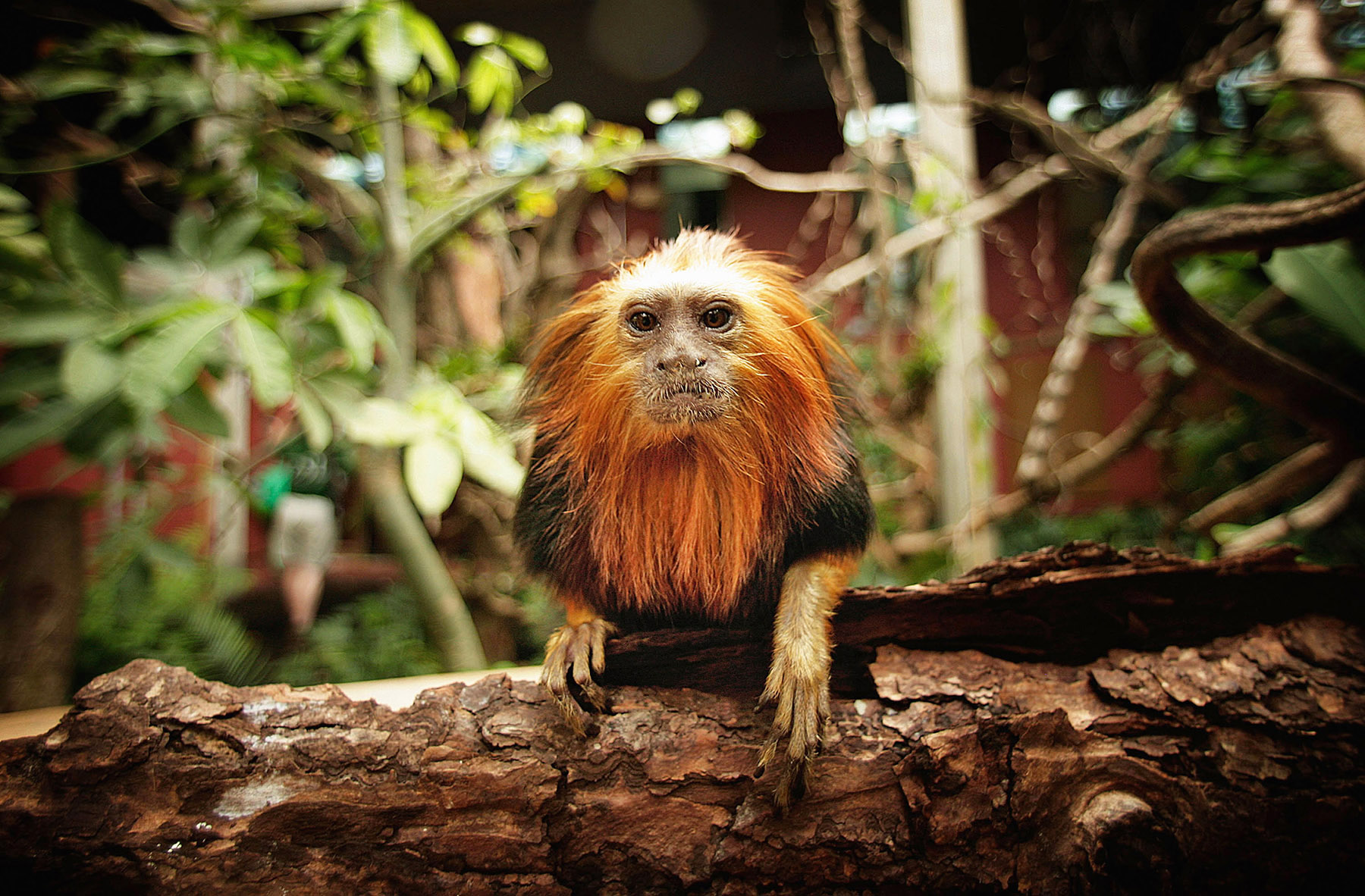