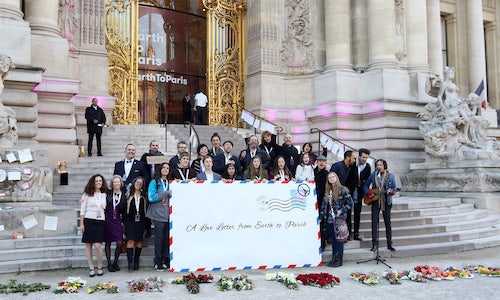 Earth To Paris: A Global Movement for Bold Planet Action

It was time to send a message from Earth to Paris—and that message needed to be as big, loud and beautiful as possible. Led by the nonprofit United Nations Foundation, a unique and powerful coalition of more than 110 NGOs and corporations (including partners as seemingly disparate as Vogue, GOOD, Mashable, Pacific Gas & Electric Co. and Unicef) together launched the Earth To Paris campaign in October 2015. Why? At the end of the year, a historic climate agreement would be finalized at the UN Climate Change Conference (COP21) in Paris that would affect us all. The Earth To Paris coalition scheduled its social media surge and two-day summit, Earth To Paris—Le Hub, in Paris during these negotiations to showcase climate solutions and innovations and to sound the foundation's call for strong climate action.

The campaign encouraged ordinary people from every inhabited continent to have a voice and a seat at the table in December 2015 with policymakers who would attend COP21. PR efforts, led by the agencies of the Havas PR Global Collective, were aimed at reaching people through a groundswell of media attention, knowing that secured coverage would supplement Earth To Paris' objectives and, most important, influence the world leaders who would be gathering in Paris to finalize a new climate agreement. But our ultimate objective was to encourage people to move from words to action, from problems to solutions. The message we worked to send: We are all important to our planet.

The strategy at the heart of Earth To Paris was unity. Complicated and often polarizing, climate change can be difficult to communicate and elicit action around. But by engaging people and communities worldwide in the dialogue— those people who would not be physically present at COP21 or Le Hub—and bringing together media with different points of view, we amplified the collective voice of Earth To Paris.

In the month leading up to COP21 and the Earth To Paris–Le Hub summit, Havas PR North America and Havas Worldwide Paris worked closely together and with the United Nations Foundation to create global media lists; to draft, translate and issue press releases and an FAQ; and to proactively pitch and brief media (about the movement itself and also about big happenings, such as Morgan Freeman's participation in an #EarthToParis video produced by GOOD). We also positioned Aaron Sherinian and United Nations Foundation President and CEO Kathy Calvin as top thought leaders, along with other UN spokespeople, during an event swarming with thought leaders (at Le Hub alone, noted environmental advocates John Kerry, Yann Arthus-Bertrand, Sylvia Earle and Jerry Brown were among the guests).

In addition, our teams were charged with inviting media to attend Le Hub summit, and we provided support for the event, which took over the Petit Palais and assembled a mix of media, key influencers and politicians—including our client Oliver Morton, briefings editor of The Economist, who accepted our invitation to moderate a panel. Plus, we secured photographers to capture a dinner at U.S. Ambassador Jane Hartley's house in honor of Earth To Paris. Our support included brokering interviews for speakers like Adrian Grenier and Alec Baldwin, and ensuring media picked up quotes through the media lounge, Livestream or while in the audience. We distributed copies of a climate-themed National Geographic, coordinated a step and repeat, and captured video bytes of all speakers.

Even when working with the campaign's celebrity supporters, we gave ordinary people as much of a stage in our marketing materials as we did famous people. In the video, Morgan Freeman (as the Earth) reads, "Dear Paris, there is no voice more beautiful than the voice of the world speaking as one, and the world has spoken. This is about all of us—everything we know, everyone we love and our survival."

The success of the PR around Earth To Paris hinged on a wide variety of digital engagements (united by the shared hashtag #EarthToParis), robust media attendance and coverage at Le Hub, and global viewership of a livestreamed, multi-language feed of the summit. Earth To Paris culminated at COP21 in Paris, but thanks to more than 80 locally hosted watch parties and digital activations in 67 countries/territories, people from all six inhabited continents tuned into the feed. As the coalition held events in Paris and around the world on Dec. 7 and Dec. 8, a 36-hour global digital surge of Twitter chats, Google Hangouts and other digital activations simultaneously took place.

#EarthToParis was a major global trend on Twitter both days of the summit; it hit nearly 1 billion impressions, was mentioned in an NPR story about hashtags that made a mark in 2015, and continues to be a vehicle for climate support. #EarthToParis was included in more than 68,000 tweets from 16,000-plus unique contributors. Alongside UN agencies, NGOs, media and corporations, leading voices in the surge included Alec Baldwin, Gisele Bündchen, Paris Mayor Anne Hidalgo, Linkin Park, Pharrell Williams and the White House. And John Kerry filmed his very first Snapchat direct from Earth To Paris.

The most overwhelmingly beautiful measure of Earth To Paris' success? During Le Hub, climate activists hand-delivered over 4,000 love letters written by people from around the world and addressed to Paris. Through our agency's work, we helped frame a profoundly worrisome issue in a positive way that turned words into action—not only words of the love letters but especially the media coverage we earned in more than 300 outlets in 15 countries with impressions exceeding 1.1 billion. Best of all, when world leaders signed the Paris Agreement on Dec. 12, 2015, we all felt responsible.

Video for Earth To Paris: A Global Movement for Bold Planet Action 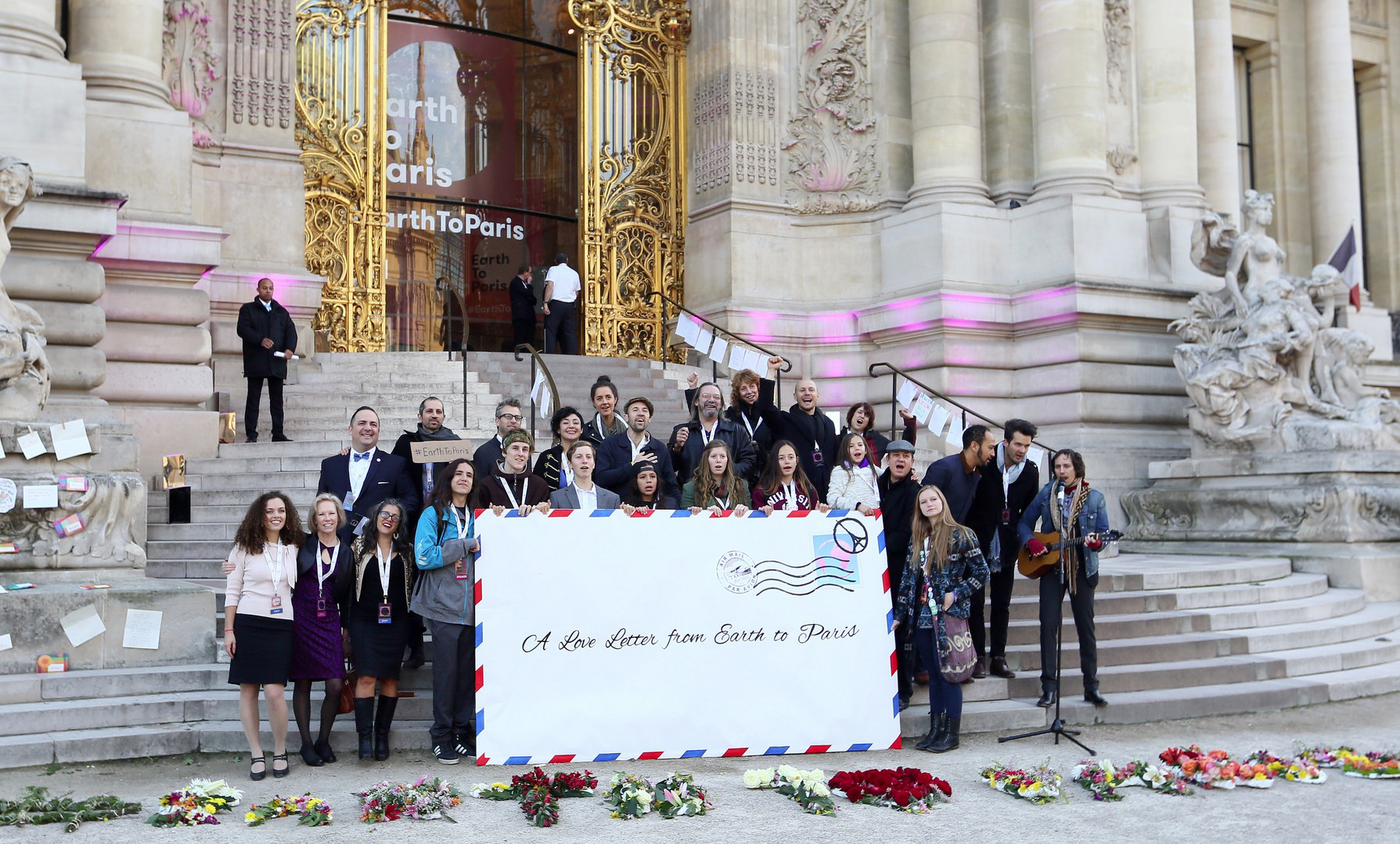