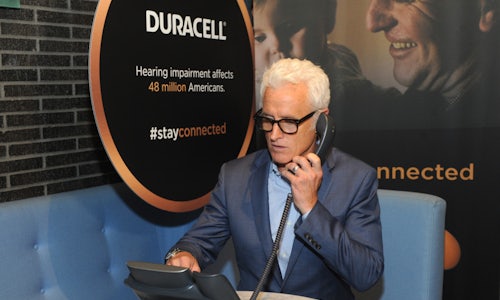 Duracell Helps Those With and Affected by Hearing Loss Stay Connected

The power to verbally communicate with others is core to the human experience. When hearing loss erodes a person's ability to hear, it strips them of the ability to communicate and stay connected. There are over 48 million Americans who suffer from hearing impairment and 80% percent of those over the age of 65 do nothing about it. When Duracell, the trusted brand for long-lasting hearing aid batteries, learned the magnitude of this health issue, they saw an opportunity to make an impact. Duracell tapped Citizen Relations to help tell a compelling story that would shine a light on this global health issue, raise national awareness, and empower those who suffer in silence to take action.

Duracell started with an emotional ad based on real situations those with hearing impairment experience. "Stay Connected," tells the story of a father who slowly starts to slip into isolation due to his hearing impairment. During important moments like family dinners, he becomes disengaged. Following a concerning event with his baby granddaughter, he takes the first step in addressing his hearing health with a visit to an audiologist. He's fit for a hearing aid, and that device, powered by Duracell, immediately reconnects him with his loved ones and the world.

To bring the ad to life in an immersive way, drive awareness, and combat a highly stigmatized and misunderstood health issue, Citizen Relations helped the brand forge partnerships with:

The Center for Hearing and Communication (CHC), one of the most trusted and credible organizations within the hearing loss community who helped substantiate Duracell's message with scientific data. Research shows that the number of people living with hearing loss is more than those living with Parkinson's, epilepsy, Alzheimer's and diabetes combined.

The National Hearing Test (NHT), a non-profit organization who offers scientifically-validated hearing screenings by phone. Duracell provided callers from across the U.S. with a free hearing screening during the partnership period to make a tangible impact on those who are hearing impaired.

Actor and director, John Slattery, whose father suffers from hearing impairment, served as the influential voice to carry the program message far and wide. In order to encourage viewership of the film and help those suffering from hearing impairment take the important first step to get screened, Slattery provided a voiceover for the captivating call-to-action included at the close of the ad.

Prior to the ad launch on YouTube, we launched the program by offering an exclusive story to one of the top national media outlets for online content: Mashable.

Duracell hosted a press event to screen the "Stay Connected" ad for media and influencers – Including those within the hearing loss and aging community – and implemented a social experiment to show attendees what it feels like to communicate while hearing impaired. John Slattery and a Duracell hearing aid consumer also shared remarks on their personal experience with hearing impairment.

The launch activated widespread media outreach throughout May to promote the initiative and free hearing screenings – with special attention to the media outlets elder Americans consume most.

With the help of our media partner, Starcom, the ad was viewed over 30 million times on YouTube and Facebook alone. The initiative also generated strong engagement across Duracell's social channels and served as an open forum where consumers shared and reacted to touching, emotional stories of their own personal experiences with hearing loss. 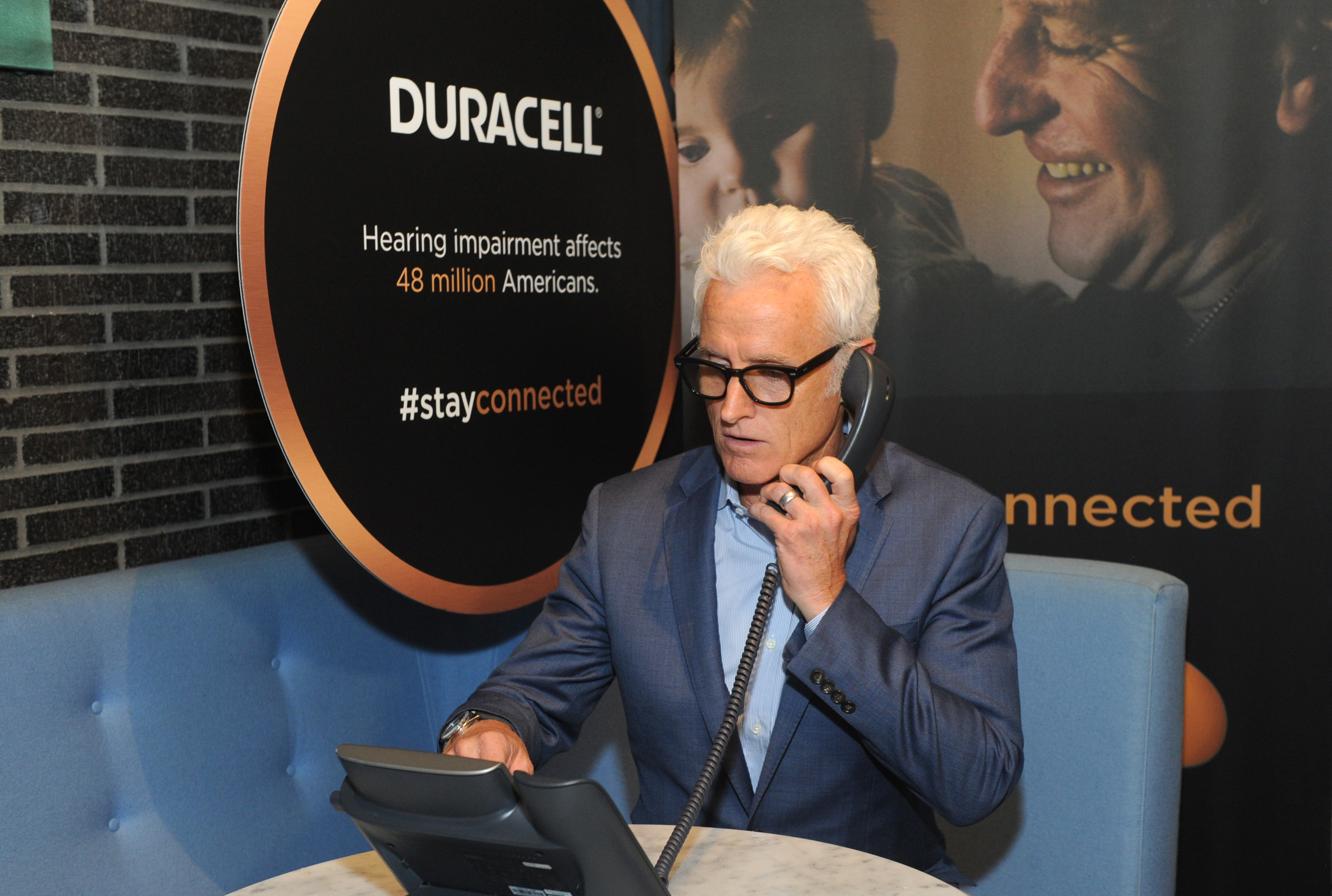 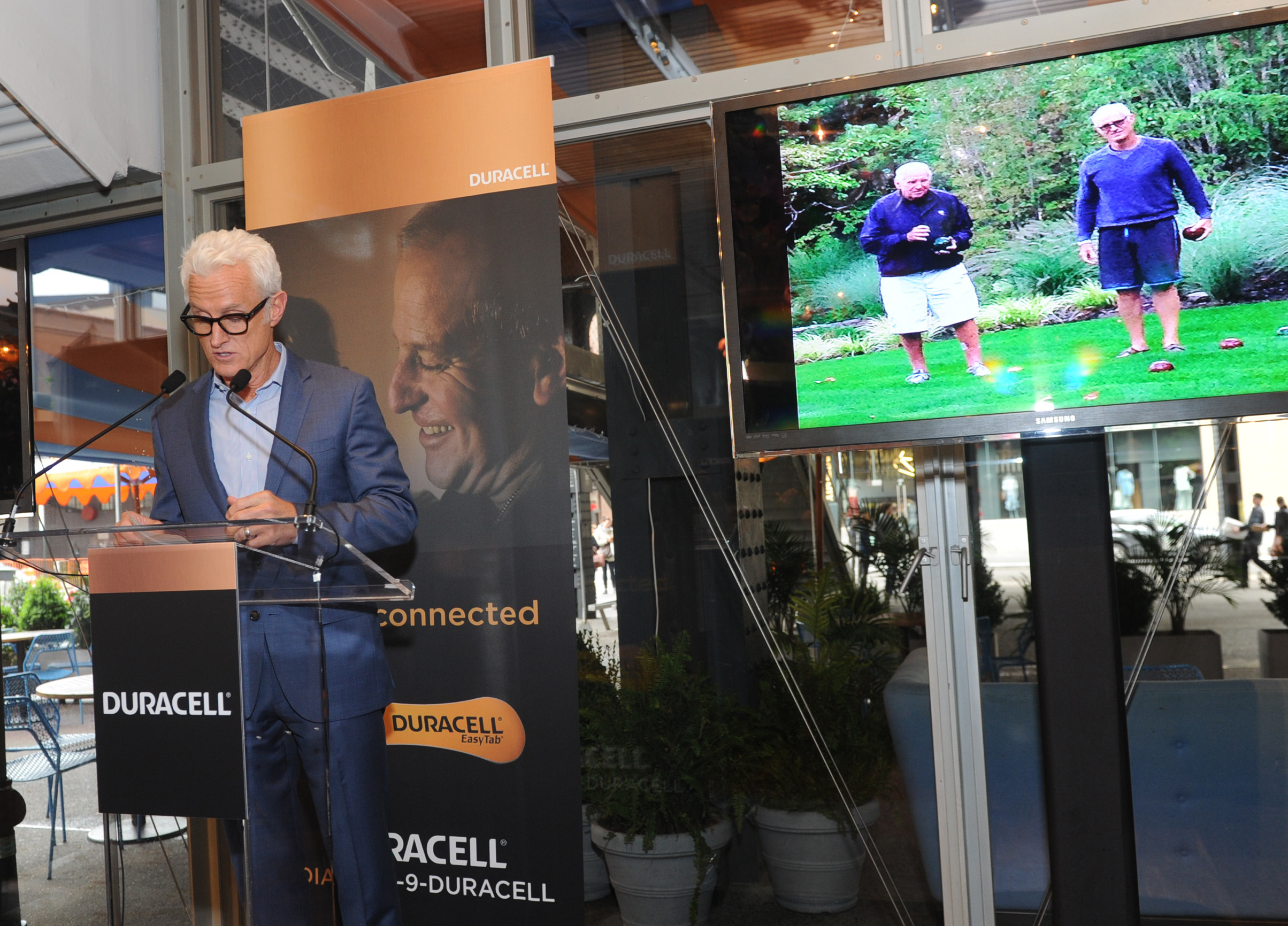