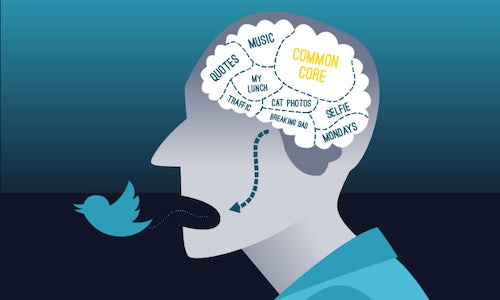 #COMMONCORE —How Social Media is Changing the Politics of Education

Convened by educational policy researchers from the Consortium on Policy Research in Education (CPRE), #Commoncore Project is the investigation of how social media-enabled social networks are framing the discussion on American educational politics and how its role is impacting educational policy.

#Commoncore Projectis the tale of the #commoncore debate. The tale is told through the voices of various constituents in 140 characters or less. #Commoncore Project follows the opinions, concerns, and arguments of students, parents, practitioners, district administrators, policymakers, pro and anti common core groups, and the general public— collecting and analyzing qualitative data.

The #Commoncore Project sheds light on the ways that social media-enabled social networks are influencing the political discourse that, in turn, produces public policy—while also contributing to the Common Core conversation by sharing CPRE findings in an open forum at hashtagcommoncore.com.

To understand the #Commoncore Project, CPRE used social network analysis as a lens to explore the ways that social media—enabled social networks are influencing the political discourse that produces public policy. By studying nearly 1,000,000 tweets by more than 220,000 Twitter users between 2013–2016, #Commoncore Project examines the nature of tweets in terms of rejection or acceptance of common core over time, at different levels, at different times.

CPRE and the Graduate School of Education at the University of Pennsylvania, along with the steady work and contributions from team members at UC San Diego Department of Education Studies, and from around the world, this project produces results of research that uses samples from the 140-character messaging service to track and analyze the first major education policy struggle of the social media age. 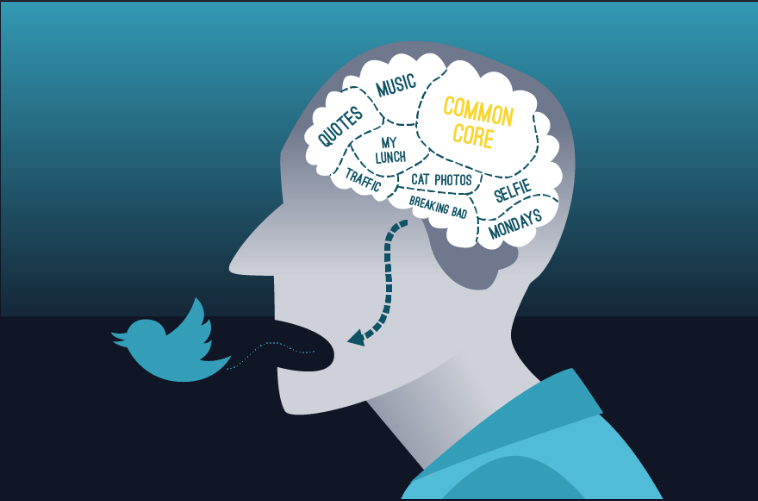 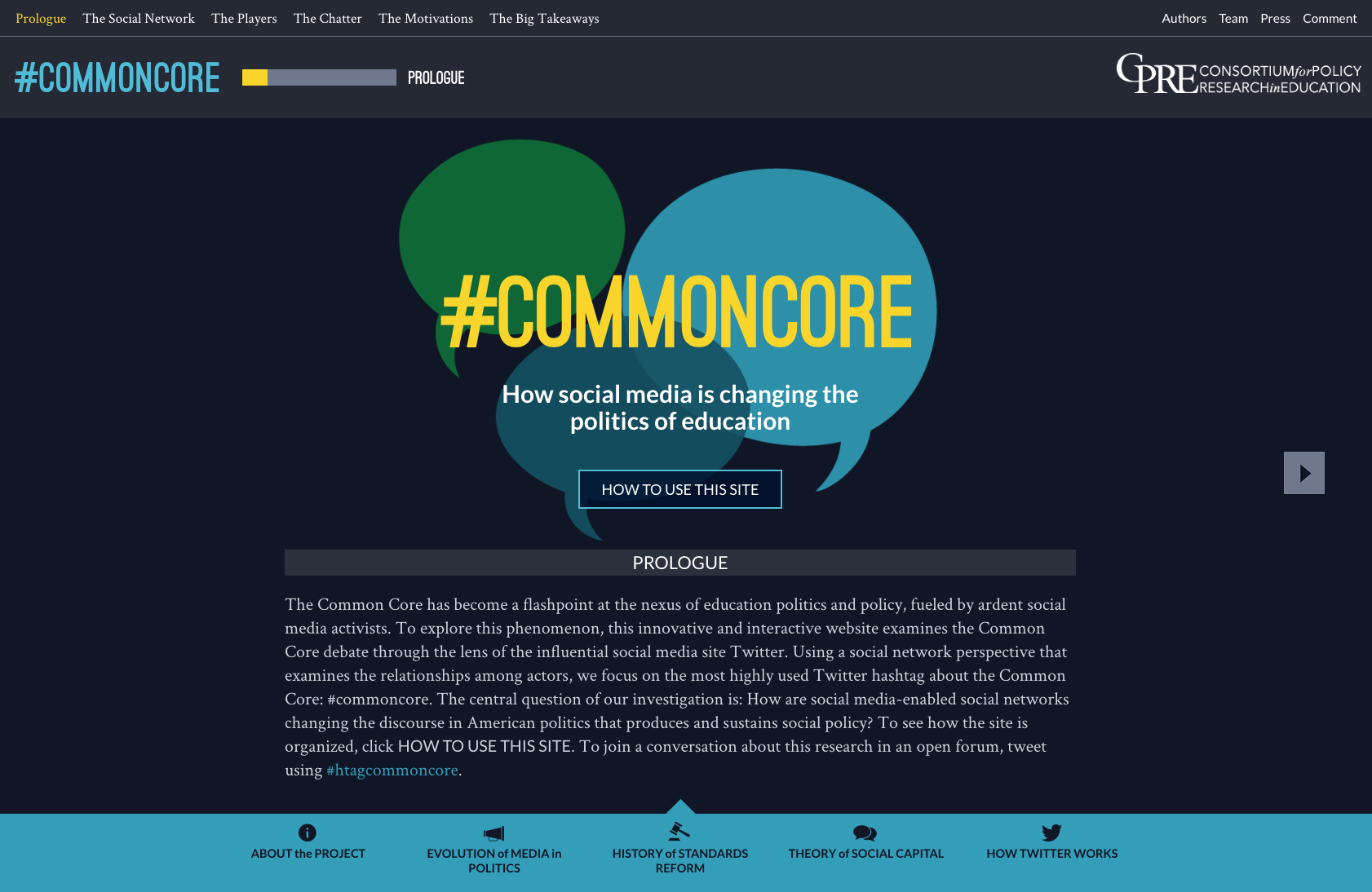 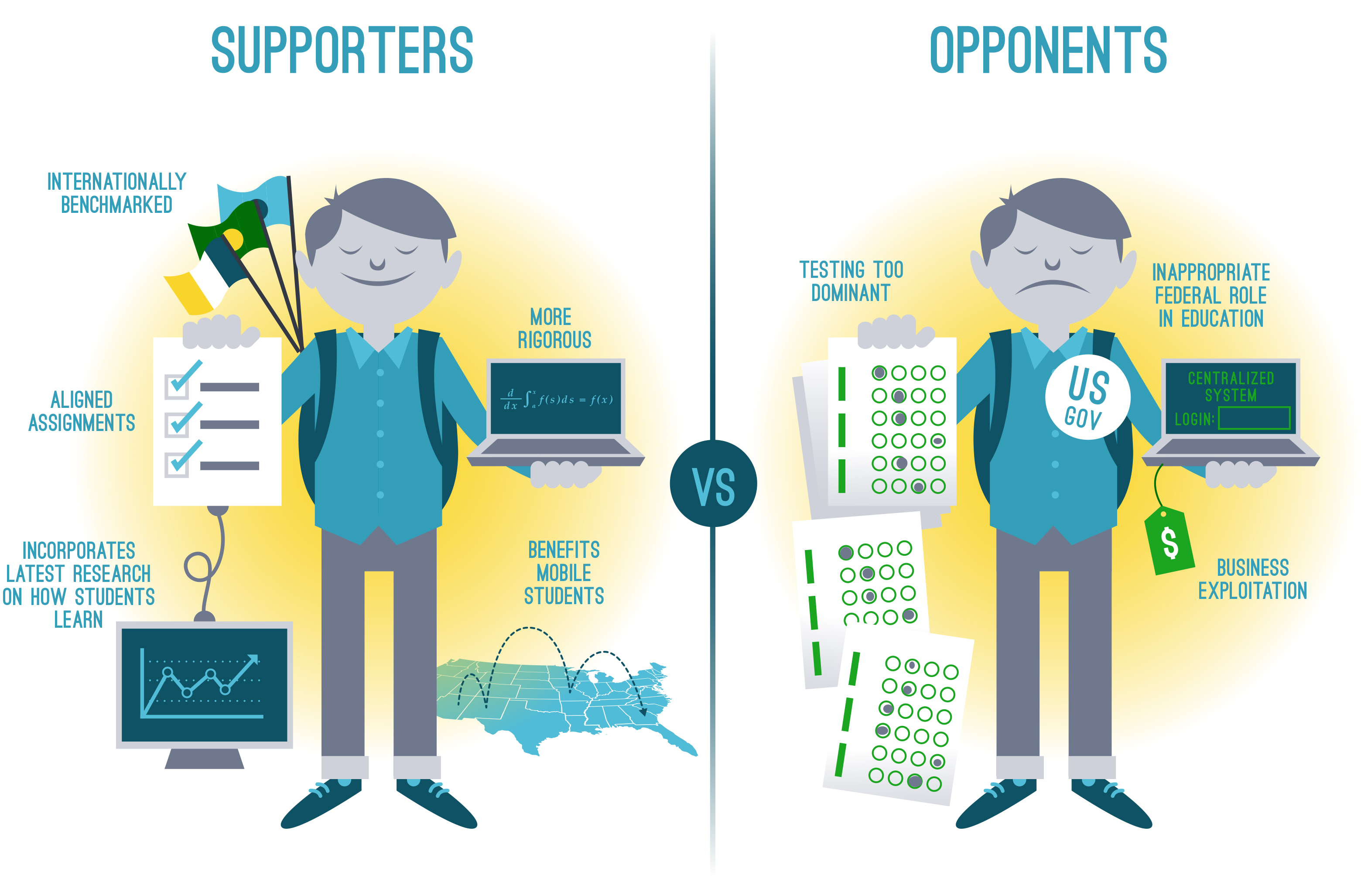 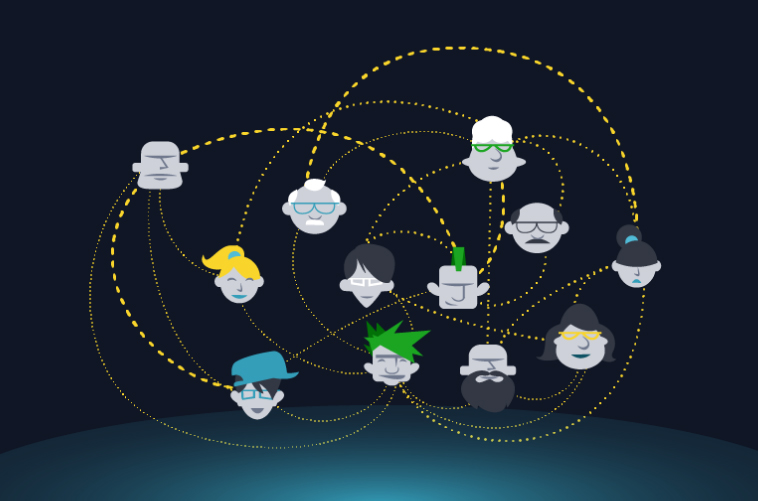 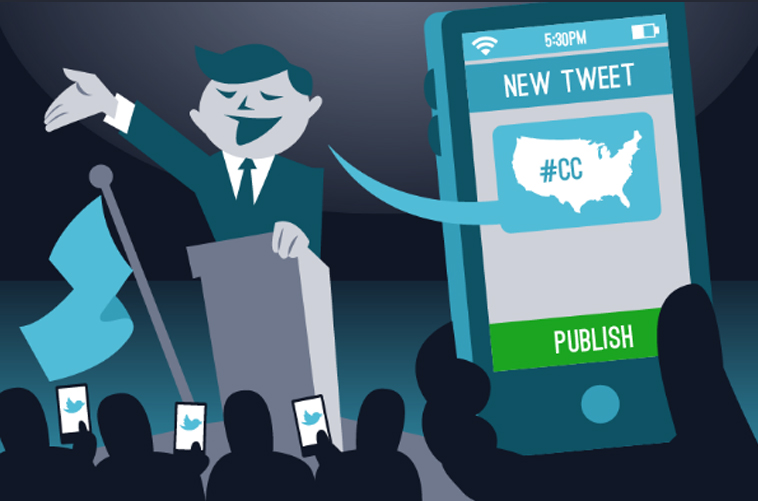