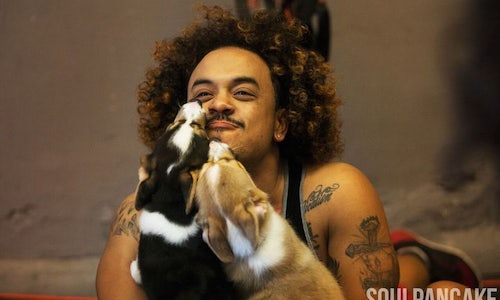 To celebrate the launch of their new product, Puppy Chow Natural, Puppy Chow wanted to demonstrate how puppies could naturally brighten anyone's ordinary, mundane day. To accomplish this, they worked with their video agency, Reach Agency, to come up with a concept and find the best partner to bring this idea to life. The brand teamed up with SoulPancake who is known for their interactive, joyful and surprising social experiments, to execute the #PowerofPuppies campaign.

An unsuspecting preschool, retirement home, and even a crossfit gym got a surprise visit from a wagon-full of puppies, proving once and for all, a little puppy love is all it takes to turn a day from drab to fab. To further extend the heartwarming stunt, Puppy Chow added an element of charitable giving to the campaign. Each video view activated a donation of one pound of Puppy Chow Natural dog food to Rescue Bank® (up to 500,000 pounds). The goal was met within two weeks as the internet quickly rallied to celebrate and share the #PowerofPuppies.

Our goal was to create a successful multi-platform campaign that showcased Puppy Chow's new product, Puppy Chow Natural, but also gave back to the shelters across the country with the charitable call to action.

A week prior to the launch, SoulPancake used photo and video created during production to entice their social audiences across Facebook, YouTube, Snapchat, Instagram, and Twitter. They asked their audiences to share stories and videos of their puppies. The SoulPancake community poured in with photos of their own dogs and stories with astounding support, providing a solid groundwork and an excited audience for the video that would come several days later.

On the day of release, a comprehensive marketing strategy was activated. The video was released on both SoulPancake's Facebook and YouTube channels with teaser videos and assets posted on their other social channels all with the clear call-to-action to watch and share the YouTube video. We invited digital influencers to participate and share the video with the hashtag, #PowerofPuppies. We then took puppies to local media offices in New York and Los Angeles to share the #PowerofPuppies with people who needed a little midday boost.

Finally, the day was rounded out with a Puppy-palooza party held at SoulPancake's Los Angeles headquarters. Influencers, media outlets, entertainment industry professionals and their dogs – of course – were invited to an evening full of puppy-themed activities such as puppy photo booths and dog washing stations to experience the power of puppies first hand. Event attendees were encouraged to share their experience at the Puppy-palooza with their social audiences and to watch the video.

Not only did the campaign meet the donation goal, but it exceeded expectations with more than 1M views on YouTube and an additional 1.5M views on Facebook, and went on to be one of SoulPancake's most successful campaigns to date.

Followers loved the content and weren't shy in sharing the Power of Puppies with their friends. The campaign garnered over 43.5M impressions across Twitter and Instagram in just thirty days. On two separate occasions the #PowerofPuppies video and hashtag "trended" on Facebook. The video has a 99.5% favorability ratio, high audience retention, and 88% of the views last over 30 seconds.

Over 80 sites picked up the video through the campaign. Along with media partners, the video gained a lot of organic traction as well. The campaign was further amplified with the help of our Puppy-palooza event where we invited influencers to join us for a puppy-filled extravaganza. Over 150 guests attended the event. After the event, the #PowerofPuppies hashtag impressions reached above 24 million. Refinery29 hosted a Facebook Live on their profile from the event which received 143K views.

The campaign was able to raise brand awareness of Puppy Chow's new product, Puppy Chow Natural, and give 500,000 pounds of puppy food to shelters across the country by leveraging SoulPancake's signature uplifting and intentional mechanisms as well as through a layered social-media strategy that spread the #PowerofPuppies across all social platforms.

The campaign continues to be extremely successful with continuous and on-going shares across all social media platforms. 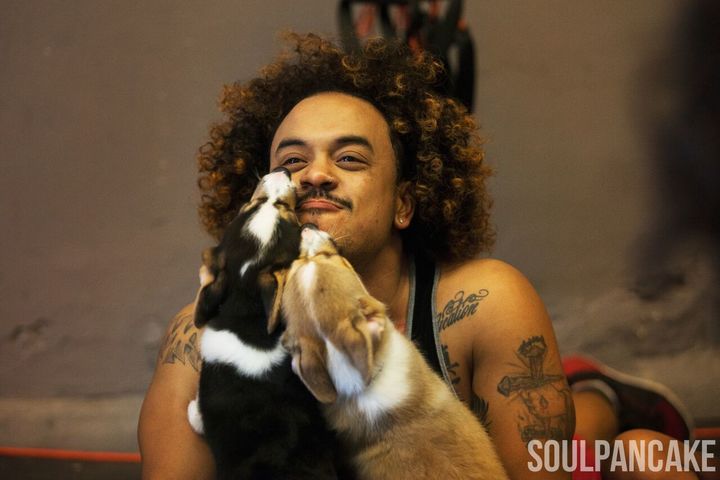