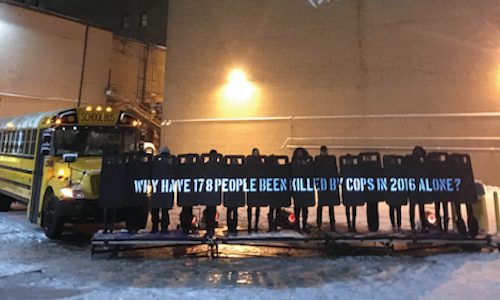 Calling All Who Demand Answers

This past March, the Republican Presidential debate arrived in Detroit, Michigan, a city where minorities are the majority but are often unheard. Our goal was to give the unheard a voice and an opportunity to demand answers to critical poignant questions that affects many minorities around the United States. So, we used the debate to spark valuable conversation and demand answers from candidates. With the inclusion of projectors, live demonstrators and signs, we filmed the project to reach millions more digitally to continue the conversation and amplify their voices and concerns. We wanted to reach all levels of minorities including students, young working adults, business owners, and immigrants.

Detroit, is a controversial state. At one point it was the prosperous home of the American auto industry, but now is one of the country's most impoverished, crime-ridden and abandoned cities. After the city's decline, many of its richer residents moved out, leaving behind the lower-class, about 87% of the population. Thus, making Detroit one of the best places to help provoke conversation and demand change.

We used several methods to get our message across including: guerrilla OOH installations, live demonstrators at the debate, projections and a launch video to ask poignant questions about police brutality, the justice system and inequality in education. We asked questions no one else was asking the Presidential candidates.

It began the morning of the debate when we chained over 50 police shields and chalkboards, covered in provocative questions about police brutality, the justice system and inequality in education, across downtown Detroit. Then as the debate was beginning, the police shields were given to residents of Detroit. The residents marched alongside other demonstrators, right outside the highly covered debate. Finally, we went big with our questions, using projections just one block from the debate. To make our questions harder hitting we projected them not on walls but on a Detroit school bus and on a line of 20 local residents holding black shields.

We also shot a film debuting many of these tough questions asked by local residents the week before the debate, right in the middle of the primary season when Trump, Cruz, Rubio and Kasich were still fighting for the party's nomination. We had less than 10 days to concept, write, sell, produce and launch this piece of film because we were working against a deadline that would not move: The U.S. Republican Presidential Debate. Once sold, we had only one day, a Saturday, to find and award a director and just one day of prep. The film was shot over two days with 13 locations, most of which were found on-the-spot as we shot. Casting 20 people, either off the street or from head shots. An aerial drone footage capture. All with no location scout, wardrobe, hair and makeup, or art department. And while enduring below freezing temperatures, snow and rain. We had just two days for editing, client revisions, music search, and finishing. And we accomplished this all under $55,000.

We accomplished our goal by igniting social conversation around Detroit and raising up issues relevant to an underrepresented group. In the end, we were head in a big way, including:

Video for Calling All Who Demand Answers 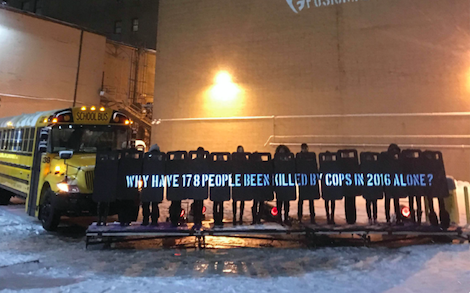