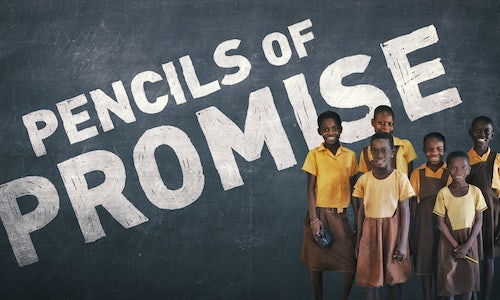 Ahead of Pencils of Promise's annual gala, the for-purpose education organization sought to create a unique experience that both showcased their efforts and inspired supporters to help continue their work of providing quality education worldwide. In order to achieve this, Pencils of Promise partnered with RYOT to create a truly innovative and engaging on-site experience via a virtual reality on-site activation and short film at the event, as well as distributing the project across digital and social channels.

The virtual reality experience was meant to invite and engage attendees and supporters to understand the true lack of educational opportunities for many global children, and then allow them to be a virtual part of their educational enrichment.

Immersive media company RYOT worked to create a unique virtual reality experience with for-purpose education organization Pencils of Promise (PoP) for their October 2015 gala. Creating a social good narrative that connected supporters directly to their purpose on an emotional level, RYOT and PoP premiered the short film, "Beginning", at the annual event in New York where supporters gathered to raise funds and celebrate PoP's mission to provide quality education.

In order to construct an aspect of realism that was echoed in their actual surroundings, the virtual reality experience was shown off in a unique classroom fabrication and virtual reality installation at the gala, wherein Pencils of Promise physically constructed a model classroom from Toklokpo, Ghana. Through the use of Oculus Gear VR headsets, the film, narrated by Pencils of Promise founder Adam Braun, virtually transported guests to a PoP classroom in rural Ghana, showing the transformational effect education can have on a community, as they sat in the gala's classroom fabrication. Attendees were not only shown the locations they could affect change with their support, but could actually see firsthand, the children whose lives they could help transform.

The 90-second film showcased the learning environment prior to having a Pencils of Promise school, which is shown outside under mango trees or in a dilapidated, unsafe structure. The short film then transitions to highlighting the impact of a new school and how it can transform the life of a child, the parents, and the community.

Following the gala, the piece was then made available via YouTube 360, Facebook 360, and RYOT's virtual reality app, allowing the general public to engage with the experience as well as further amplify Pencils of Promise's mission. To date, the experience has been viewed 1.6 million times on Facebook, raising awareness about the cause around the world.

The evening's VR installation and experience added significantly to the gala's success of raising over $1.9M from supporters during the night, and also helped to position Pencils of Promise (and RYOT) as an early adopter of social good storytelling.

More than 750 supporters and guests experienced the fabricated Ghanaian classroom (16 ft wide) and virtual reality film, many of whom experienced the medium for the first time, including high profile guests such as Usher, Stacy London and Chiwetel Ejiofor.

In addition the impressive funds raised, the PoP virtual reality installation illustrated just how powerful social good storytelling can be to create empathy and inspire individuals to take action. Harnessing the power of human connection in virtual reality, where users can become more compassionate and empathetic, RYOT and Pencils of Promise worked to create an engaging experience that ignited people to take action, donate time and funds, as well as imagine a world where education was universally available.

Video for Beginning: A Pencils of Promise Virtual Reality Film 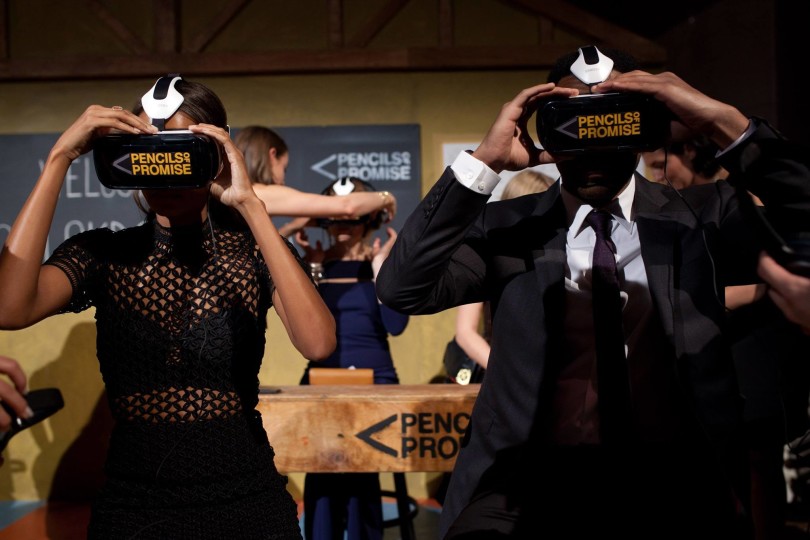 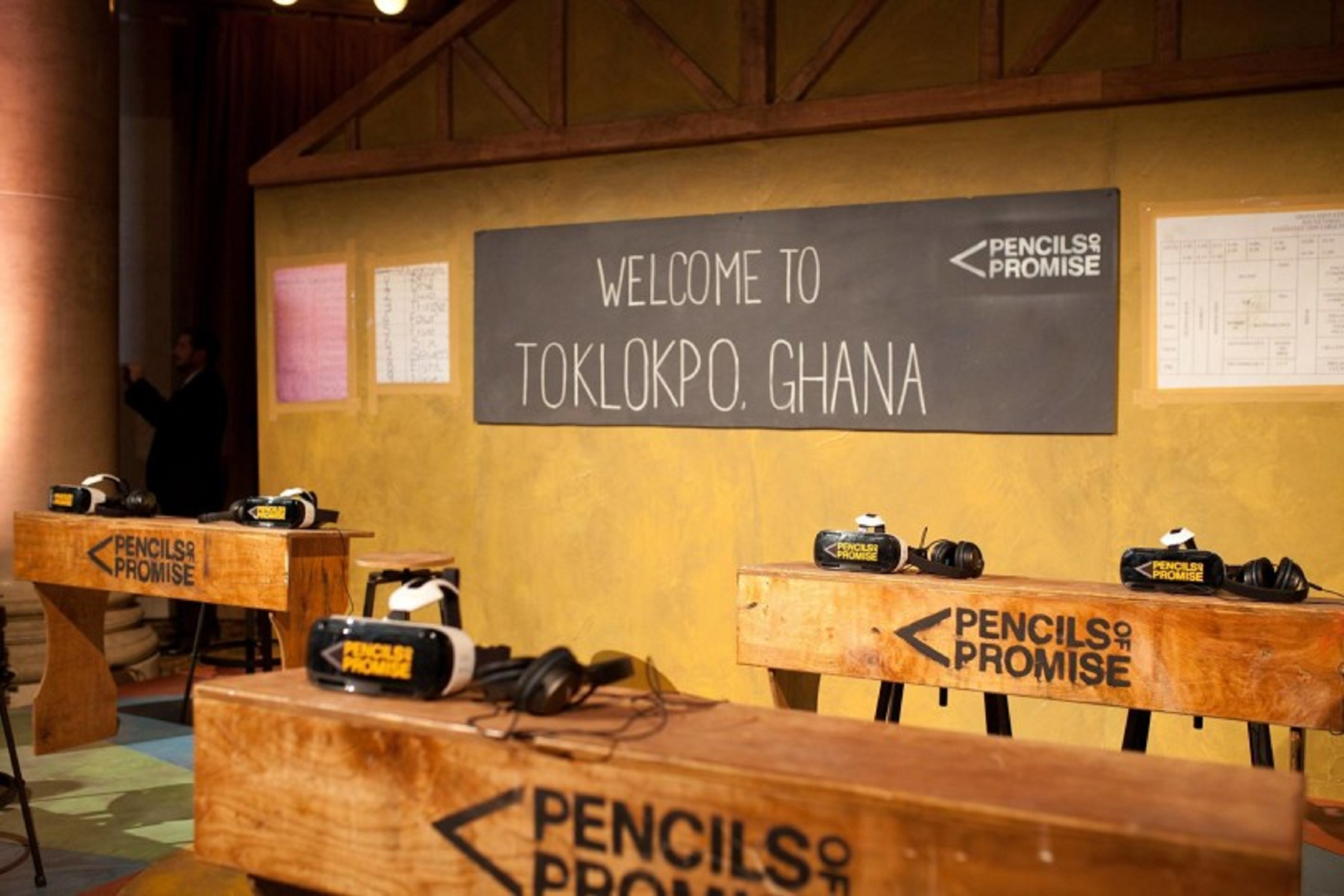 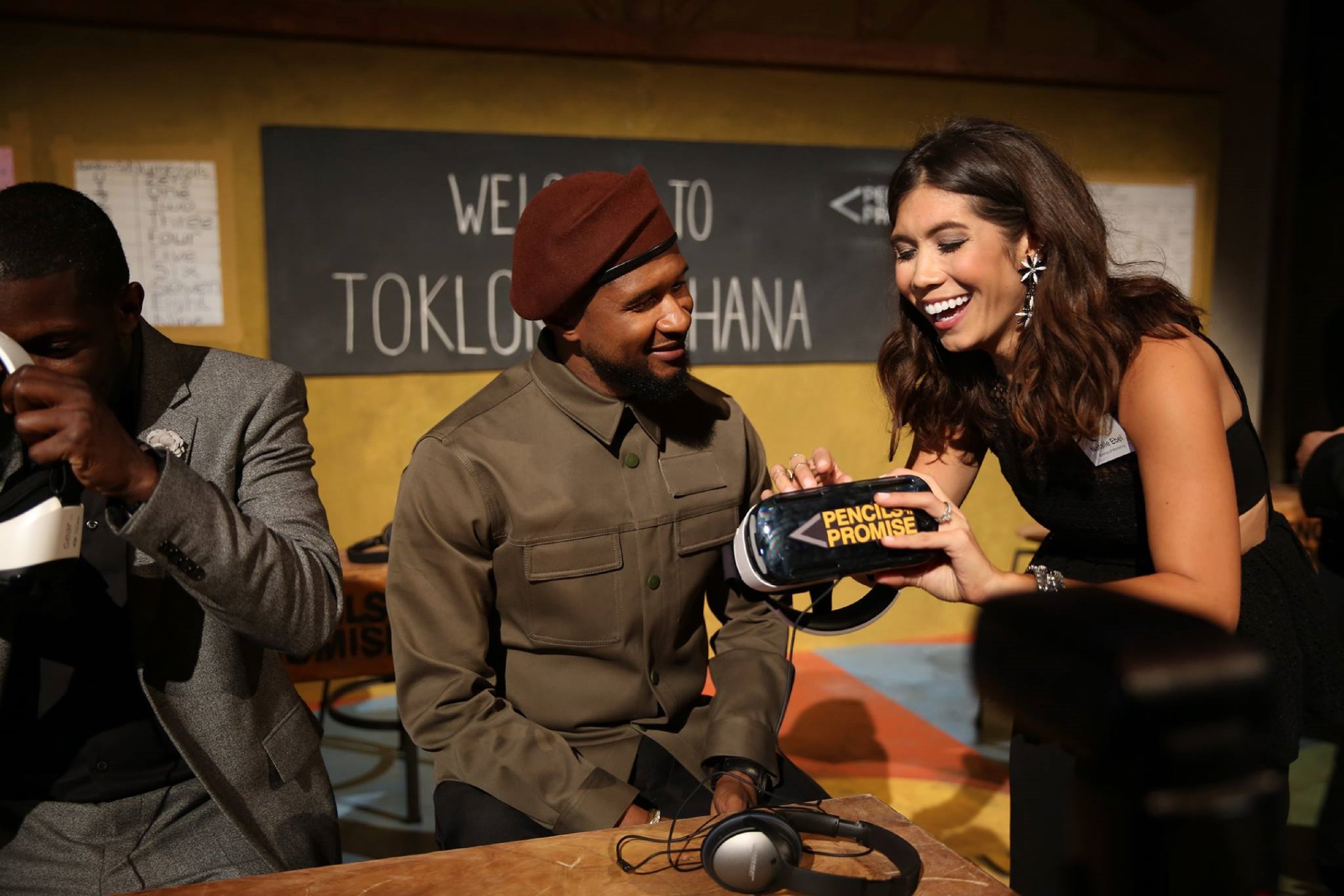 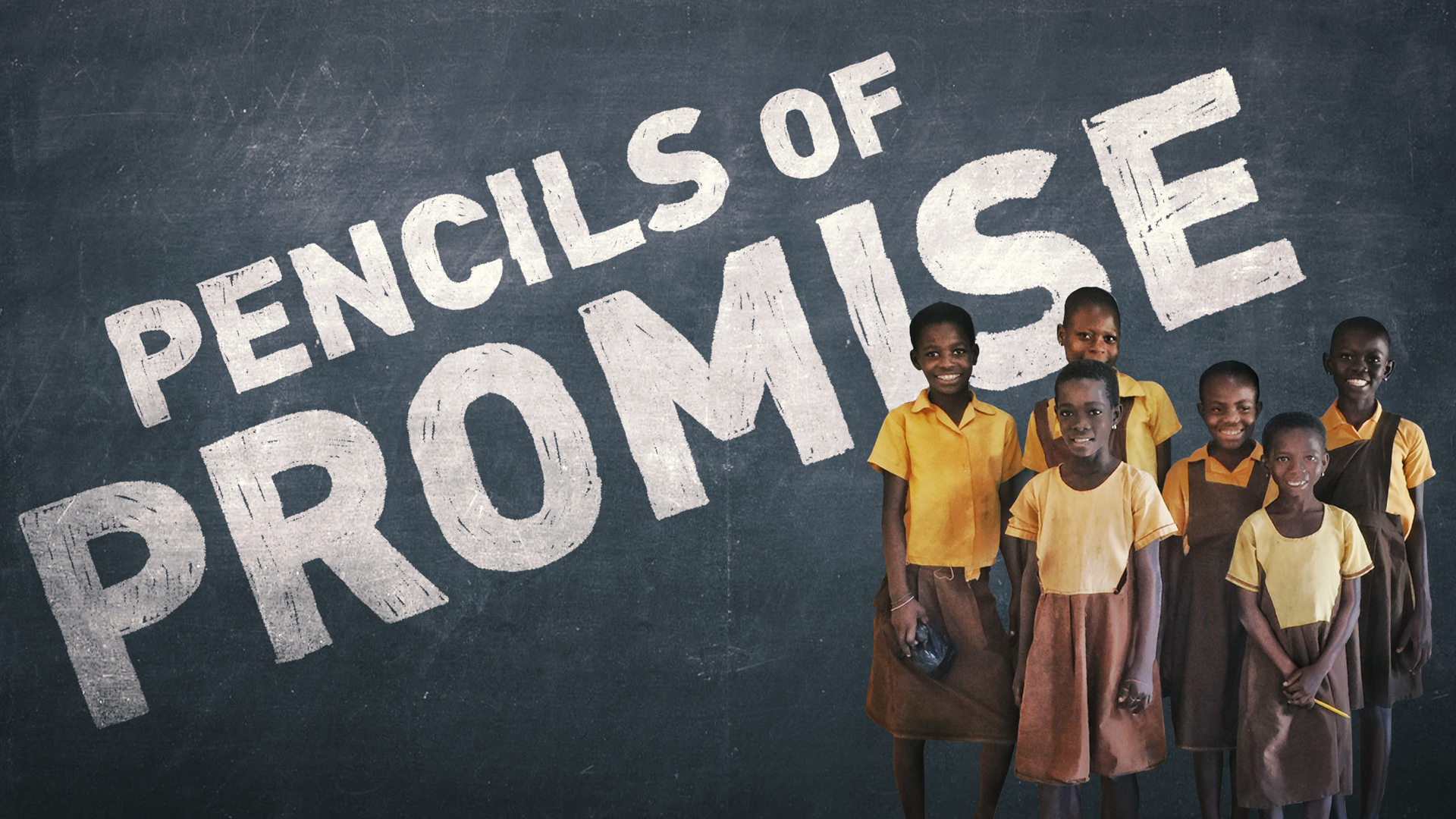