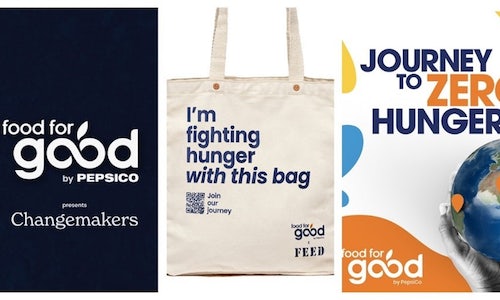 Climate change, COVID-19, rising costs, and geo-political conflicts are all causing alarming spikes in global hunger, as the number of people suffering from food insecurity has more than doubled since 2019. As one of the largest food and beverage companies in the world, PepsiCo and the PepsiCo Foundation have a responsibility to help cultivate a sustainable food system. To date, Food for Good, PepsiCo’s global platform for advancing food security and making nutritious food accessible, has delivered more than 245 million meals to more than 41 million people around the world.

This is only the start. Through its recent multi-channel Food for Good campaign, the PepsiCo Foundation set out to level up its impact by spreading awareness and education about global hunger, providing a clear call to action for consumers to contribute to a solution, and increasing its food security investments and interventions across the globe as a leader in the zero-hunger space. The effort reached key audiences with clear and concise calls to action, using consistent brand messaging throughout.

In 2021, the PepsiCo Foundation team expanded Food for Good (FFG) from a social enterprise in the U.S. to a global platform (28 countries) encapsulating all of PepsiCo’s local investments in food security.

Additionally, PepsiCo committed to increasing food access for 50 million people by 2030 and signed on to the Zero Hunger Pledge (ZHP), pledging to invest $100MM in nutritious food access and regenerative agriculture, the largest private-sector pledge of this type at the time. FFG leverages PepsiCo’s expertise to source, pack, and deliver nutritious meals for people around the world, with a specific focus on children. In the U.S., FFG helps to ensure children have access to meals especially during times when children aren’t fed including after school and on weekends and during times of climactic disaster and humanitarian crisis.

In 2022, FFG built upon this impact by launching a multichannel campaign featuring three new initiatives to not only increase awareness of the worsening state of global food insecurity, but to also activate communities to be part of the solution. First, the Foundation amplified the voices of food security experts by launching a podcast. The podcast featured 15 influencers, including FEED founder Lauren Bush Lauren, for 30-minute conversations with C.D. Glin, Global Head of Philanthropy at PepsiCo and President of the PepsiCo Foundation. Conversations took listeners around the world to learn about topics from gender inequality in agriculture to the state of childhood hunger. In addition to providing an education platform to spread awareness of these issues, PepsiCo Food for Good made a tangible commitment to donate up to 1,000 meals per episode to a partner nonprofit each time an audience member shared the episode on social media utilizing the hashtag #journeytozerohunger. This not only drove donations and organic social media promotion, but also ensured brand and campaign consistency.

The Foundation also created a video series, entitled FFG Changemakers. The series of short, documentary-style videos each centered on a different “changemaker” who is creating a sustainable impact on food security in their community. Changemakers included Molly Birungi, a female small holder farmer in Uganda who grew her business and gained confidence to run for public office through the support of the Foundation’s She Feeds the World program, in partnership with CARE, a global humanitarian organization. Another Changemaker is Evelyn Dayse, a resident of São Paolo, Brazil who thanks to the Foundation’s investment, received support from Gastromotiva, a global initiative to connect people to the transformative power of food, to provide meals and community services for thousands of food insecure families in her neighborhood.

Lastly, the Foundation launched a partnership with impact-driven brand, FEED, to introduce a tote bag that donated 10 meals to children around the world with every purchase. Each component of this campaign led with education and a call to action, allowing people around the world to not only hear the stories of people making progress towards sustainable food security, but also empowering them to join in and take action.

Since the initial launch, FFG garnered 750 million+ media impressions. FFG and FEED have also successfully sold a hundred tote bags (and counting) resulting in thousands of meals donated to children around the world.

The exciting results of this campaign, each of which exceeded the campaign’s goals, show how it successfully increased awareness of global food insecurity and drove community engagement from people around the world. Today, 276 million people suffer from hunger globally, double the number from 2019 and one that is expected to climb another 50 million as the war in Ukraine and continued supply chain issues strain food systems.

PepsiCo Food for Good and its global partners have a vital role to play as we aim to realize zero hunger and the important work continues as FEED tote bags are still being sold and Food for Good continues to build towards its commitment to increase food access for 50 million people by 2030. 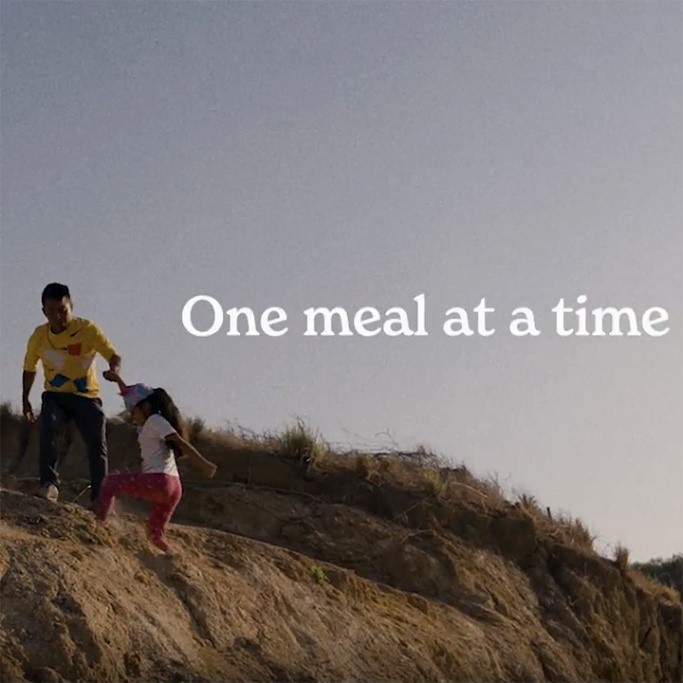 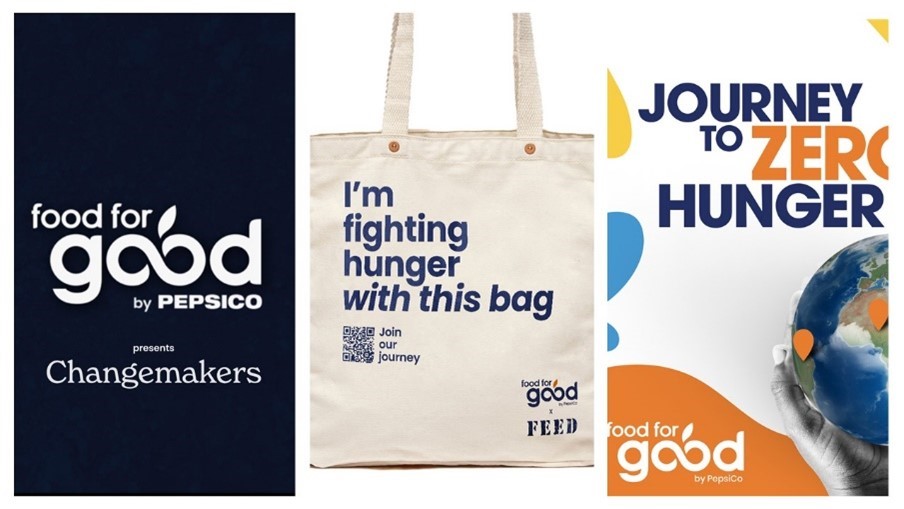 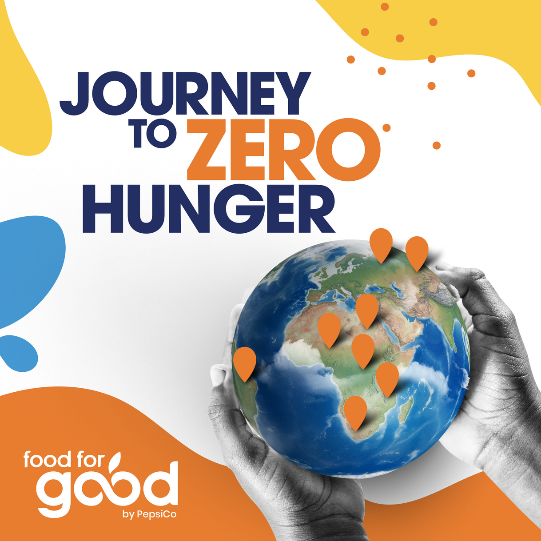