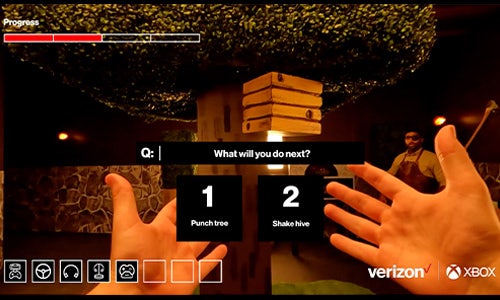 Entered in Live Video, Other Platform

Verizon became the exclusive telco partner of Microsoft’s Xbox All Access program. But because Xbox was already available for purchase elsewhere in the market, Verizon needed to differentiate their offering and grab the attention of gamers — a famously hard-to-impress crowd. We won hearts and minds with a campaign that spoke to gamers in their language — using quests, hidden treasure, and lovable Non-Playable Characters (NPCs) — and where they live — on Twitch, the chosen streaming platform for gaming, with our campaign’s focal point being an innovative, interactive, gamified livestream.

Gamers are among the most passionate and discerning audiences on the internet. To reach them, we knew we had to match that passion and show off our gamer bona fides. Each execution in our campaign drew on the structural arc of a quest video game, casting Xbox as the ultimate treasure and Verizon stores as the final level where you could obtain it. And don’t worry about getting lost; our NPCs — the unsung heroes of every gaming quest — were there to guide you (in their authentically stilted way).

A quest-themed OLV and an NPC-centered retail stunt set up the campaign’s climactic moment: an interactive livestream on Twitch, gamers’ streaming platform of choice, starring @AverageJonas, one of the biggest gaming content creators in the industry.

We wrote a branching, interconnected, choose-your-own-adventure style gameplay narrative. We rented a warehouse, designed and built four larger-than-life game-themed levels, and loaded them with gaming Easter eggs. We hired and trained our NPCs — Elevator Man, Auto Mechanic, Toolsmith, and Sentry. And we put it all together in a live 75-minute playable Twitch stream. As Jonas explored the levels, Twitch viewers called the shots. They voted in chat to determine his actions — we’d prepared for all scenarios ahead of time — and guided him through a series of challenges and NPC interactions toward his goal.

A surprise cameo: The Sentry removed his helmet and revealed himself to be @DrLupo — another top content creator, back on Twitch for our stream after a recent move to YouTube. Chat went into a frenzy.

The action culminated in a futuristic Verizon-branded vault where Jonas unlocked Xbox All Access, giving it and the hundreds of prizes he’d collected on the quest away to viewers.

The campaign smashed impressions and engagement benchmarks, and, just as importantly, we convinced a huge new audience of Verizon’s gaming cred. 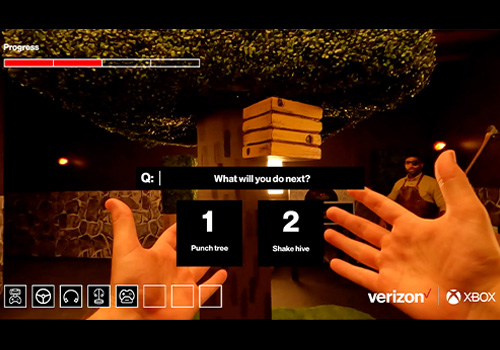 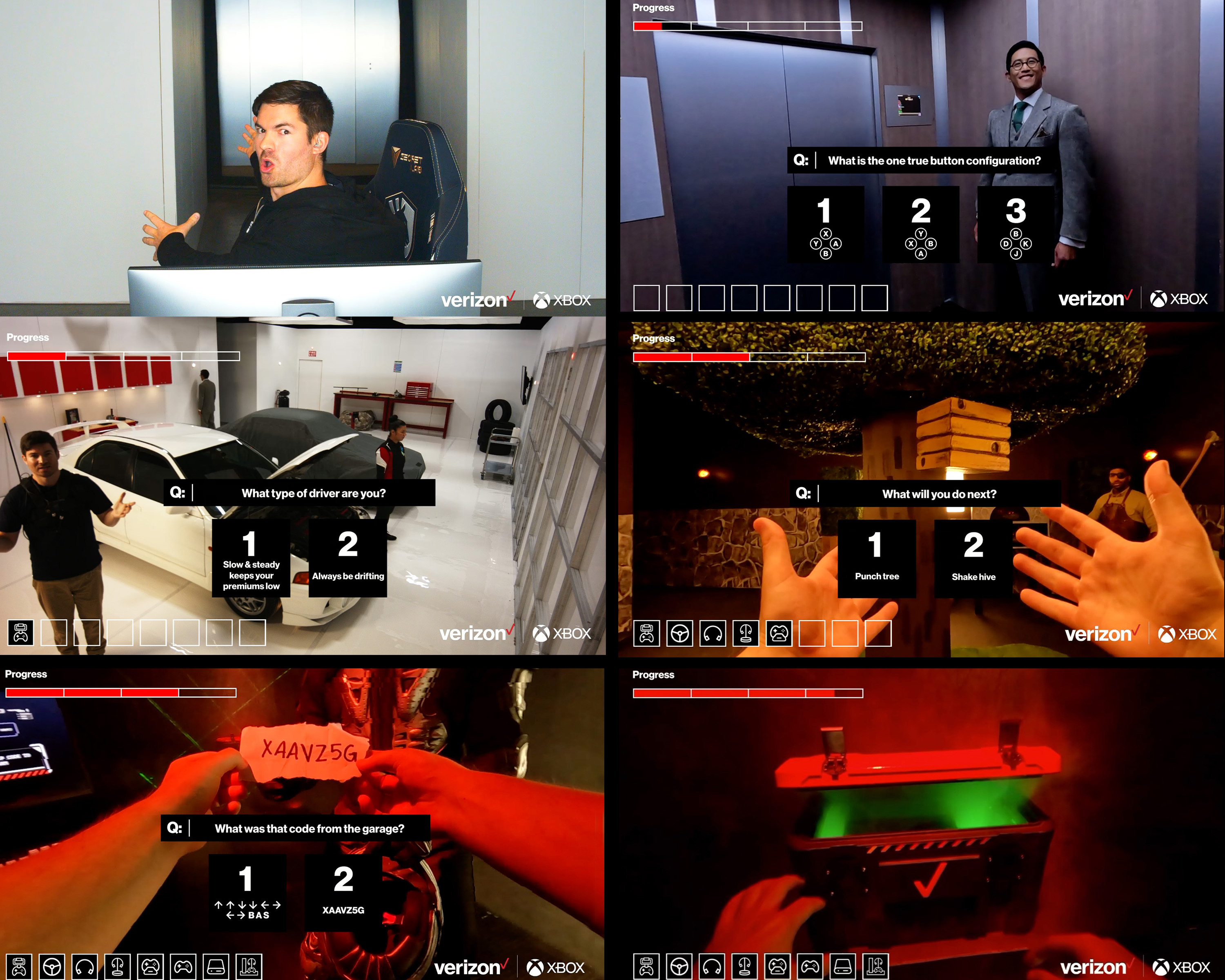