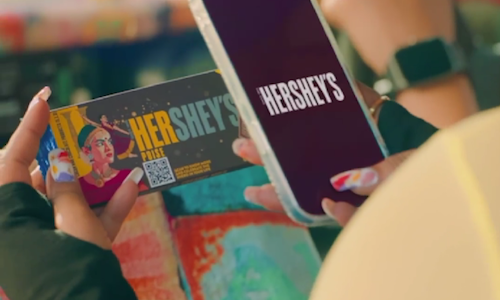 125 years!
That’s what it took Hershey’s—a premium chocolate brand with a worldwide legacy—to realize that the pronouns ‘HER’ and ‘SHE’ made up for approximately 85% of its brand name.
Being one among the 7% Fortune 500 companies to be led by women, the Hershey Company paid the due by “making the invisible → visible” with a unique celebration of ‘HerShe’.

When the campaign began to take shape:
Hershey’s Bar was new to India and its highly competitive chocolate category, where creating a distinct emotional proposition was the only way to drive core differentiation in the consumption experience.
The brand awareness was 60% among its core targeted group—GenZ and Millennial Urban Indian Consumers residing in the Top 6 metro cities.

The primary objective for Hershey’s Bars was to continue building brand awareness and drive positive brand equity for the mother brand.
The secondary objective was to drive Brand Consideration & Purchase Intent amongst the TG by owning a purpose that is relatable & also core to its brand values.

Hershey’s Bar launched the #HERSHE campaign in India as a part of a global initiative.
It was a unique digital campaign celebrating inspiring stories of the “unsung women heroes” (aka everyday SHEROES) in our society who have displayed excellence either by taking a path less traveled or creating a positive impact on people around them.

Hershey’s celebration of “Sheroes” created a massive movement around International Women’s Day.
1) The #HERSHE Rap
A powerful single, created with American-Indian rapper Raja Kumari and Indian musician Meba Ofilia, kickstarted the grand celebration of “Her” and “She”.

3) Scroll of Honour
QR codes on commemorative packs invited consumers to learn more about the 6 SHEROES
Consumers visiting the microsite were prompted to honor “Everyday Sheroes” who inspire their lives with personalized messaging and showcase all “Her” & “She” achievements on a massive virtual gallery.

5) Mentorship with Femina India
Hershey’s hosted power-packed Instagram live sessions where 6 SHEROES shared their stories of courage and determination.
As a culmination of the activity, Femina hosted mentorship workshops for women on topics that would make a genuine impact.

#HERSHE quickly emerged as a celebration that was for all women all over the world.
Leading publications like The Hindu and India Today covered the impact of the #HerShe campaign.
Over ~153+ articles were published online and in mainstream media, resulting in an earned media worth of ~4 million rupees and crossing 350M+ impressions (87% organic).

The SOVs in the category were highest at ~65%.
As compared to the 60% brand awareness measured at the beginning of the campaign, Hershey saw a consideration lift at 8% (1.2 x Norms) and a PI lift at 14% (2x Norms), resulting in the highest ever offtakes of over 4 lacs+ bars reaching people’s homes in just 2 weeks.
Digital media amplification across Hotstar, social media, YouTube, Spotify, Influencers, and Community Amplification helped achieve a unique reach of 16.5 Million+, 15M+ views on the Rap Song, and a whopping ~11,000+ crowdsourced user-generated entries through the microsite.

The campaign created a perennial virtual platform where Hershey continues to receive and showcase stories of #HERSHE achievements (even beyond the topical). 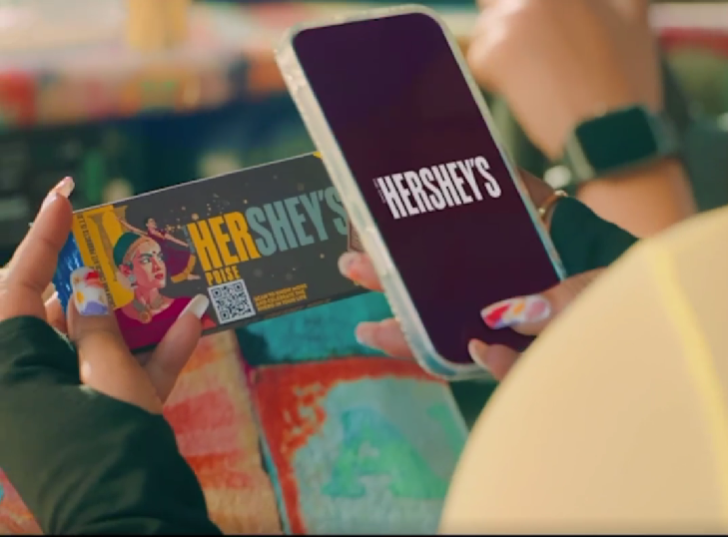