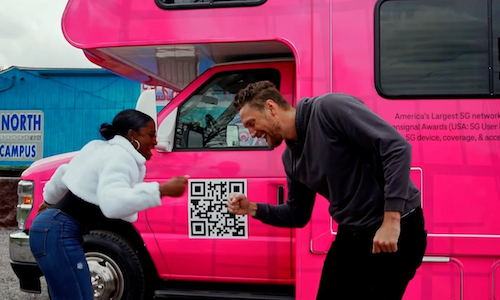 The World Series™ is by far one of the biggest events of the year for T-Mobile, as they are the official wireless partner of MLB®. To generate natural excitement for Postseason™, the World Series™ and increase brand exposure within the MLB fanbase, T-Mobile sought to demonstrate 5G network capabilities while celebrating baseball traditions.

The brand has previously done device giveaways or baseball centric cut downs of a pre existing campaign, but this year they wanted to execute in a social first way that would feel more organic to MLB® fan conversations throughout the Postseason™. The main objective was to create brand engagement online around an idea showcasing T-Mobile's network capabilities.

We considered what makes baseball different from any other professional sport and landed on the aspect of unique traditions. Each year, fans travel thousands of miles to road games, spending their summers checking off cities on their baseball bucket list. Perhaps that’s what sets baseball apart as the ultimate road trip sport.

As fans across the country gas up and hit the road for the Postseason™, T-Mobile set out to ensure they were there for playlists, phone calls and memories - with more 5G interstate miles covered than any other carrier. But we’re not just covering fans on their trips. We’re connecting them. To the cities, the teams, and the stories that make up America’s favorite pastime. No matter how far their journey is, we’ll be there helping them “Win on the Road.”

Building on the idea that many dedicated baseball fans embark on their own road trips, 160/90 crafted a campaign narrative that sent a pair of influencers out on the road with the power of T-Mobile's nationwide 5G coverage. Along the way, they created custom content as they stopped at destinations that represented the past, present and future of baseball and celebrated the sport’s traditions.

To execute the overarching social component of “Win on the Road,” we sought out influencers in the sports community with dynamic on-camera presence, ultimately partnering with professional softball player A.J. Andrews and 4x MLB® All-Star Hunter Pence. Together, they embarked on the baseball road trip of a lifetime in a branded RV.

Our #5GRoadTrip kicked off in Taylor, MI, home to the 2021 Little League champions. To start the visit, our influencers revealed that T-Mobile was sending them all to Game 1 of the 2021 MLB® World Series™. Our influencers then headed to Chicago, IL to chat with 2 baseball fanatics who visited all 30 MLB® stadiums in 30 days. Next, they headed to the Negro Leagues Baseball Museum in Kansas City, MO where MLB® legend CC Sabathia gave them a passionate tour of the museum. The road trip culminated in A.J. and Hunter pulling up to Game 1 of the World Series™ in Houston, TX, delighting fans with baseball trivia and tickets to a game next season.

The final destination of the road trip was always set to be Game 1 of the World Series™. Due to the ongoing playoffs, this location was unknown until 2 days prior to the game. 160/90 devised multiple plans of action for each potential location and various routing schedules for Houston, Boston, Los Angeles and Atlanta.

To drive lead generation and engagements, 160/90 created a national sweepstakes as part of the "Win on the Road" campaign. This sweepstakes was T-Mobile's biggest to date. Fans could learn more by texting ROADTRIP to 595959. Prizing included tickets to all 30 MLB® stadiums next year, a brand new RV and a 5G device with a year of service.

Alongside the social campaign, additional components supported “Win on the Road” across traditional mediums. An episode of T-Mobile's long-form content series, “Beyond the Bases” featured David Ortiz, who spoke about his legendary experiences winning on the road. This episode launched with paid media support, an email campaign and lives on T-MobileBeyondtheBases.com.

Overall, this comprehensive 360 campaign created a strong, unified message —T-Mobile knows how to “Win on the Road” and has nationwide coverage to help customers do so.

Using T-Mobile's 2020 World Series™ campaign as a benchmark, our 2021 campaign metrics exceeded expectations. In 2020, T-Mobile's campaign was less complex, centered on an iPhone 12 giveaway that occurred during every 5th inning through the World Series™. Content from this campaign garnered 90.8K engagements.

The “Win on the Road” sweepstakes ran from 10/18 - 11/3. Every aspect of the campaign contributed to spreading the word about the sweepstakes. For example, the on-site activations at the World Series™ engaged with 2,200+ fans and enabled 250+ fans to sign up for the sweepstakes and the T-Mobile Beyond the Bases episode had 22,287 views. At the end of the campaign, T-Mobile received a total of 314,806 sweepstakes entries with 348,720 texts from 208,911 unique phone numbers.

In 2020, T-Mobile ran a similar text-in campaign that received texts from 127,188 unique phone numbers—81,723 less than 2021’s efforts. While these two campaigns are not distinctly similar, “Win on the Road” saw a significant increase in the number of unique consumers reached. With lead generation being a key component of T-Mobile's process of prospecting potential new customers, the increase in engagements was well received by the client. 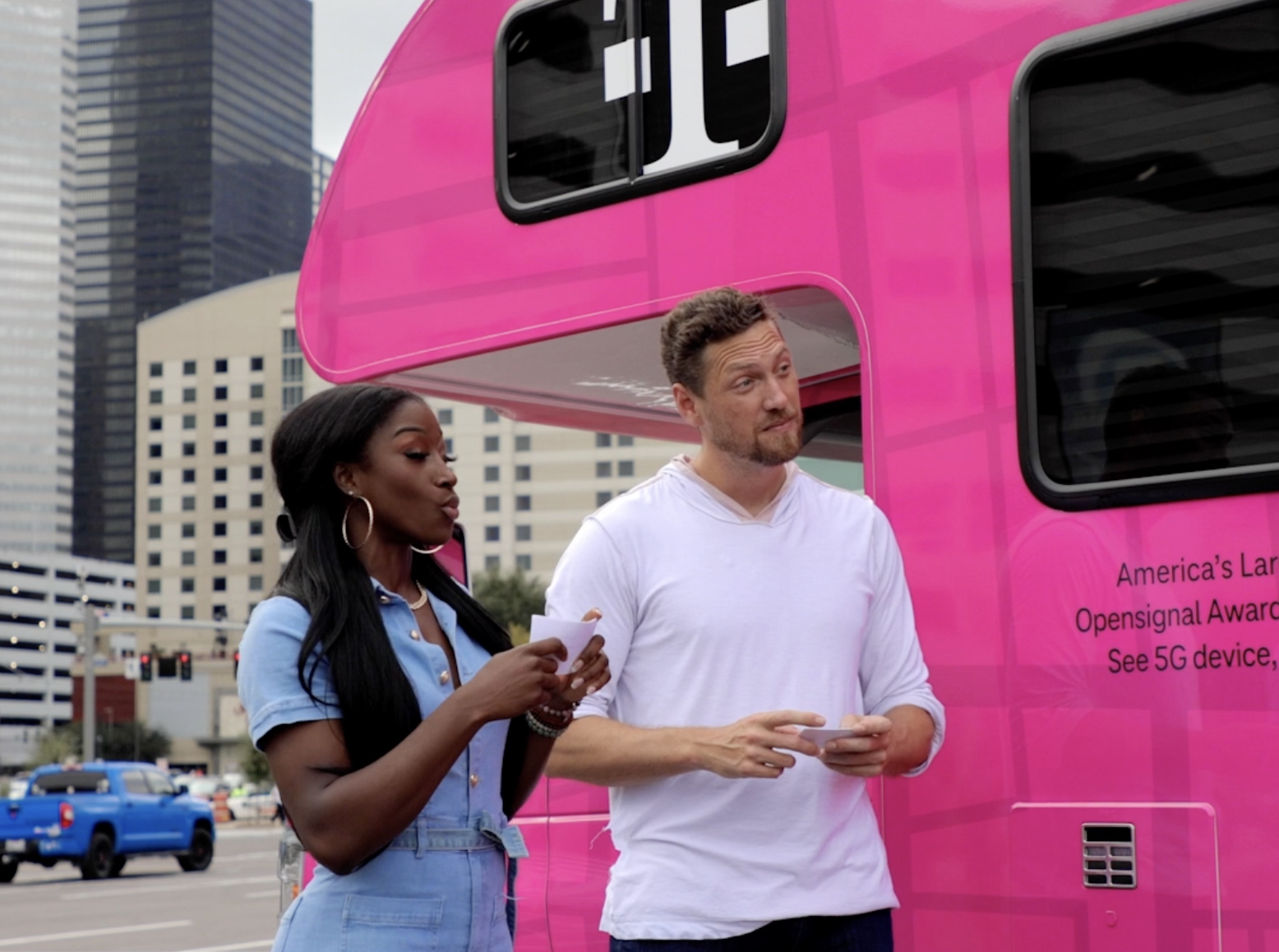 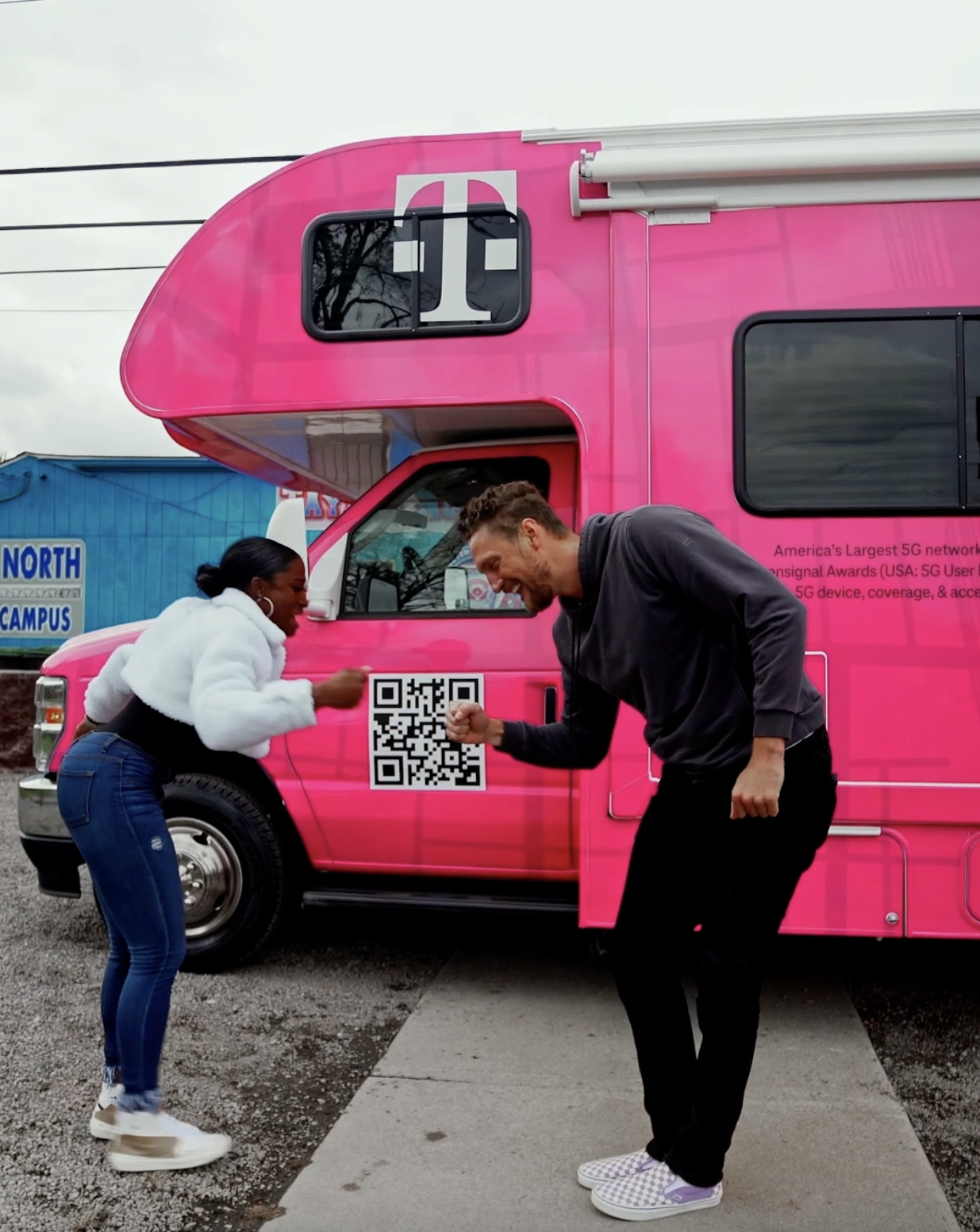 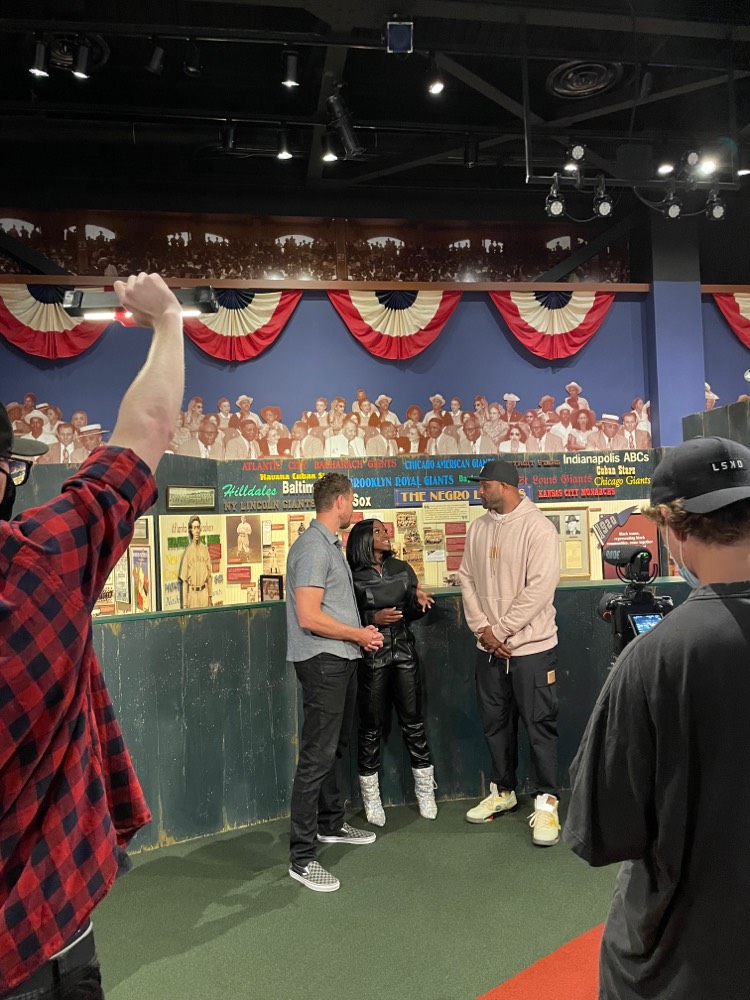 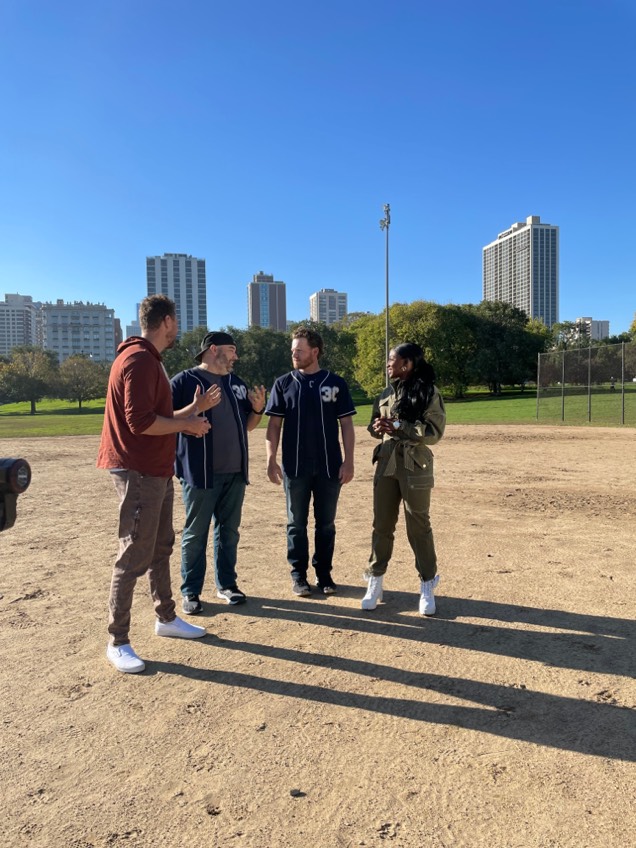 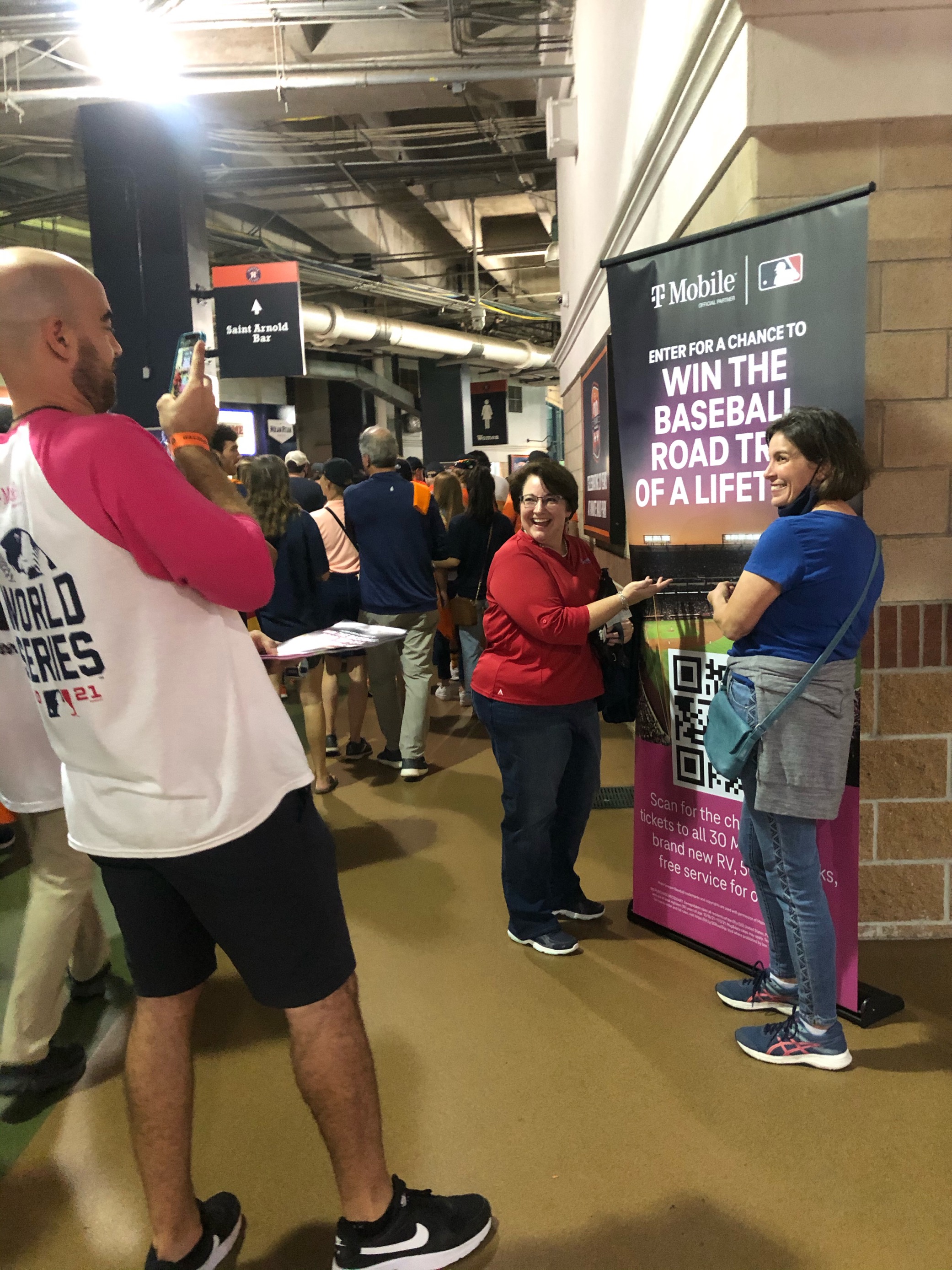 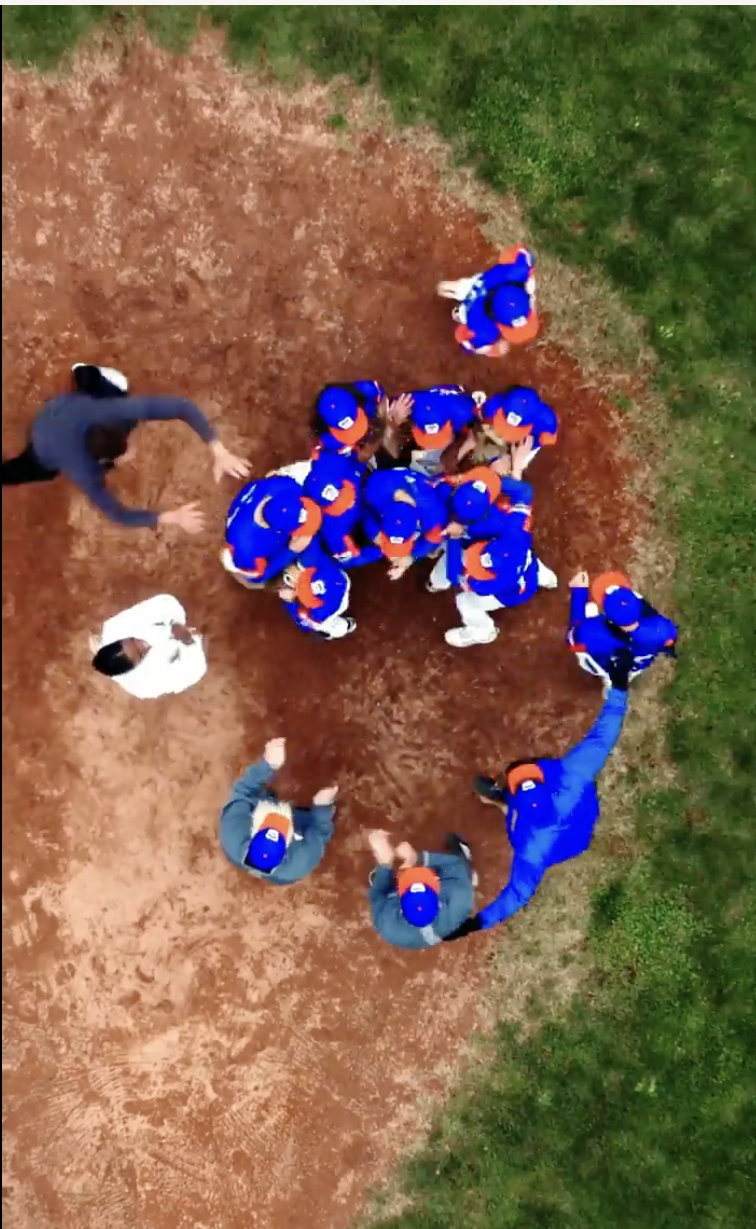