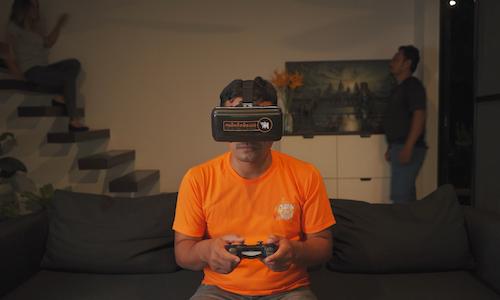 In Cambodia, traditional culture is underpinned by the idea that violence against women is an acceptable act within families. It is often considered a private matter, not a topic that is discussed outside the family home. Women are often embarrassed to discuss this with friends or family, and they can be subjected to further violence if they discuss it outside of the home. This societal norm places already vulnerable women at further risk of continuing abuse. This Life is working towards ensuring women’s human rights are no longer violated by perpetrators of gender-based violence and abuse.

Our main objective was to encourage individuals, communities and local authorities to take action and to come together to support women experiencing violence. We wanted to create an engaging campaign and video, where Cambodians could see and understand the reality and impact of gender-based violence on women and children with concrete actions they could take.

Our call to action raised awareness of gender-based violence, engaged community members, influencers and international ambassadors to share their thoughts and encouraged people to act. We also wanted to provide support to women with useful information on who they could reach out to for support, and useful tips on how people could support women experiencing domestic violence.

The campaign was a powerful call to action that encouraged family, friends and neighbours to Reach Out, Check In and Act, to ensure that women are safe. We were able to produce the video and campaign with a small $6,000 budget.

One of our operational objectives is to reduce the incidence of violence against women and children in Cambodia and its destructive impact on women, girls, children, families and communities. As part of this focus, we aim to

Our Communications Strategy addressed the above focus areas through the release of the ‘Virtual Reality' video, and an interlinked social media campaign, which utilised the strengths of social media platforms and our website. Facebook was utilised as the main channel to create interest in the campaign, along with Twitter, Instagram, and Linkedin.

The video concept was developed over several months, and discussed with a range of people. The approach for this campaign was different to previous years and had an element of risk, as the content could be considered confronting. However, we elected to proceed, as we wanted to share the harsh reality that sadly, gender-based violence can result in the death of the woman.

Some of the key features in the video include the element of a young man playing a virtual reality game with a set of VR Goggles, whilst simultaneously his sister is being subjected to violence from her partner. It isn't until the end of the game, he realises the person he sees dead is his sister.

A schedule was developed for social media postings over 18 days, with the video, a selection of useful tips, reaction videos, photo reveals, and statements. A fundraising component was also included in the campaign.

In conjunction, we established a resource, ACT on our website. The website provided contact information and services available to women and children, information on legislation and how women are protected by the law, and tips on how friends, neighbours or family members could recognise and support women experiencing violence, to ensure they could be kept safe. The resources are available in Khmer and English.

Our social media goal was to reach 2 million Cambodians. Our short film ‘Virtual Reality’, was launched on 25 November 2021 as part of the 16 Days of Activism Campaign to End Gender-based Violence. The short film asked viewers to Reach Out, Check In, Act, to make sure their loved ones are safe from domestic violence. The strategy focussed on engaging communities, raising awareness of this abhorrent treatment of women, and how everyone is responsible to end violence against women and children.

Throughout the campaign, we invited women to share their stories and/or ask for support on domestic violence.

Some of the challenges we experienced along the way were linked to the production quality of the reaction videos, which impacted the scheduling of pre-planned social media posts.  We were able to reschedule content to accommodate any delays in production, with no impact on the audience experience or outcome of the campaign.

The Virtual Reality film raised the awareness of gender-based violence and engaged with more Cambodians than anticipated.

Our short film released on Facebook, 25 November, received 2.4 million views. This exceeded our ambitious goal to have the video viewed 2 million times, and was a 66% increase in views of our previous campaign.

The Facebook element of the campaign included 35 posts over the 18 day period, reaching nearly 4.5 million people - that’s over 25% of the Cambodian population. We received more than 1 million reactions and 11 million impressions. 14,000 people clicked on additional linked resources to learn how to act. Our Facebook fan base increased by 20% during the campaign.

We had a positive response in relation to public figures' engagement with  Ambassadors to Cambodia from Australia, the UK and the US participating in the campaign alongside several Cambodian influencers.

We achieved both national and international coverage through online media channels, TV, radio, and print, which included reporting on the issue of gender-based violence, interviews with women experiencing violence and speaking with our staff working with individuals experiencing domestic violence and advocating for women’s rights in the community with local authorities and other organisations. 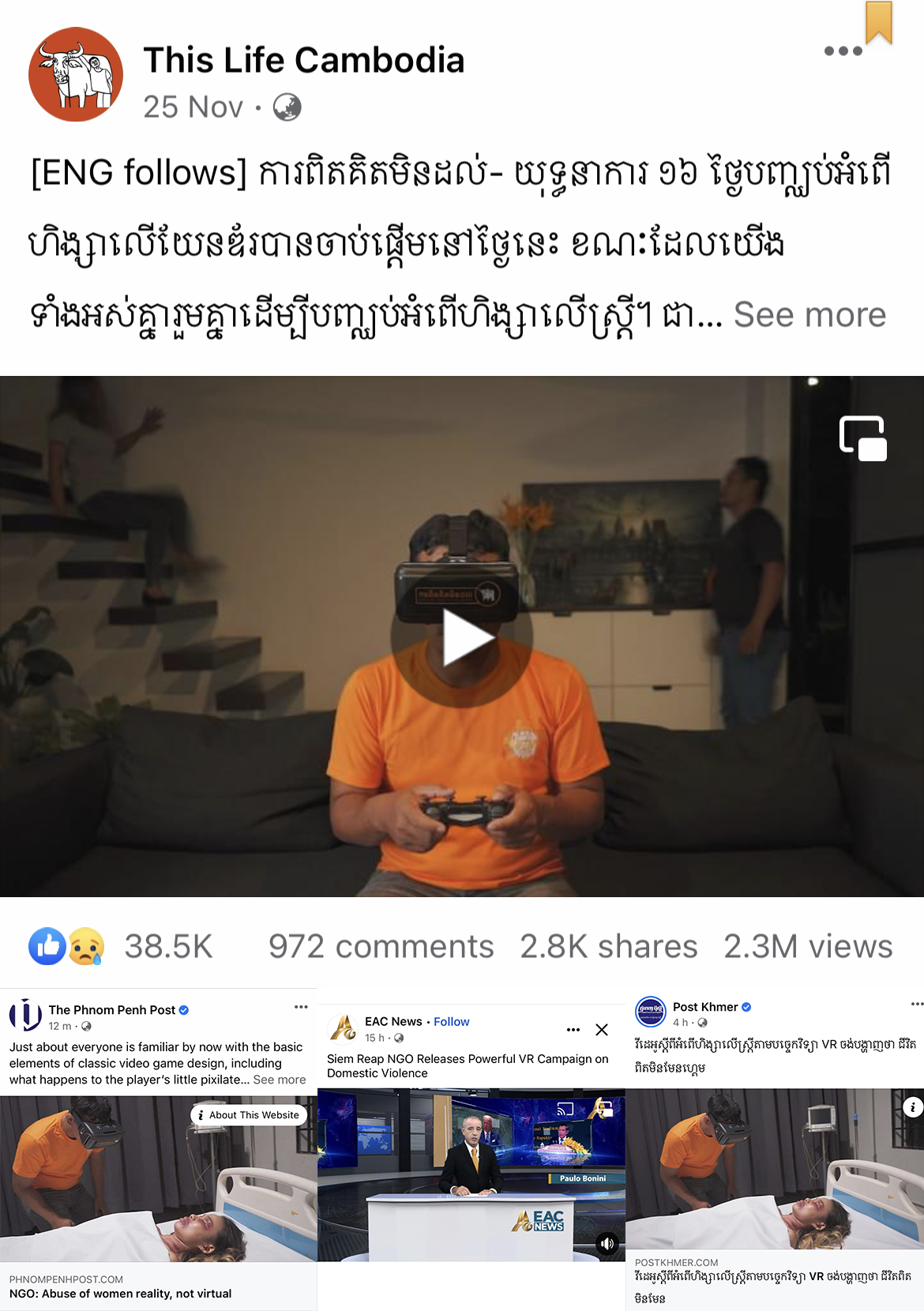 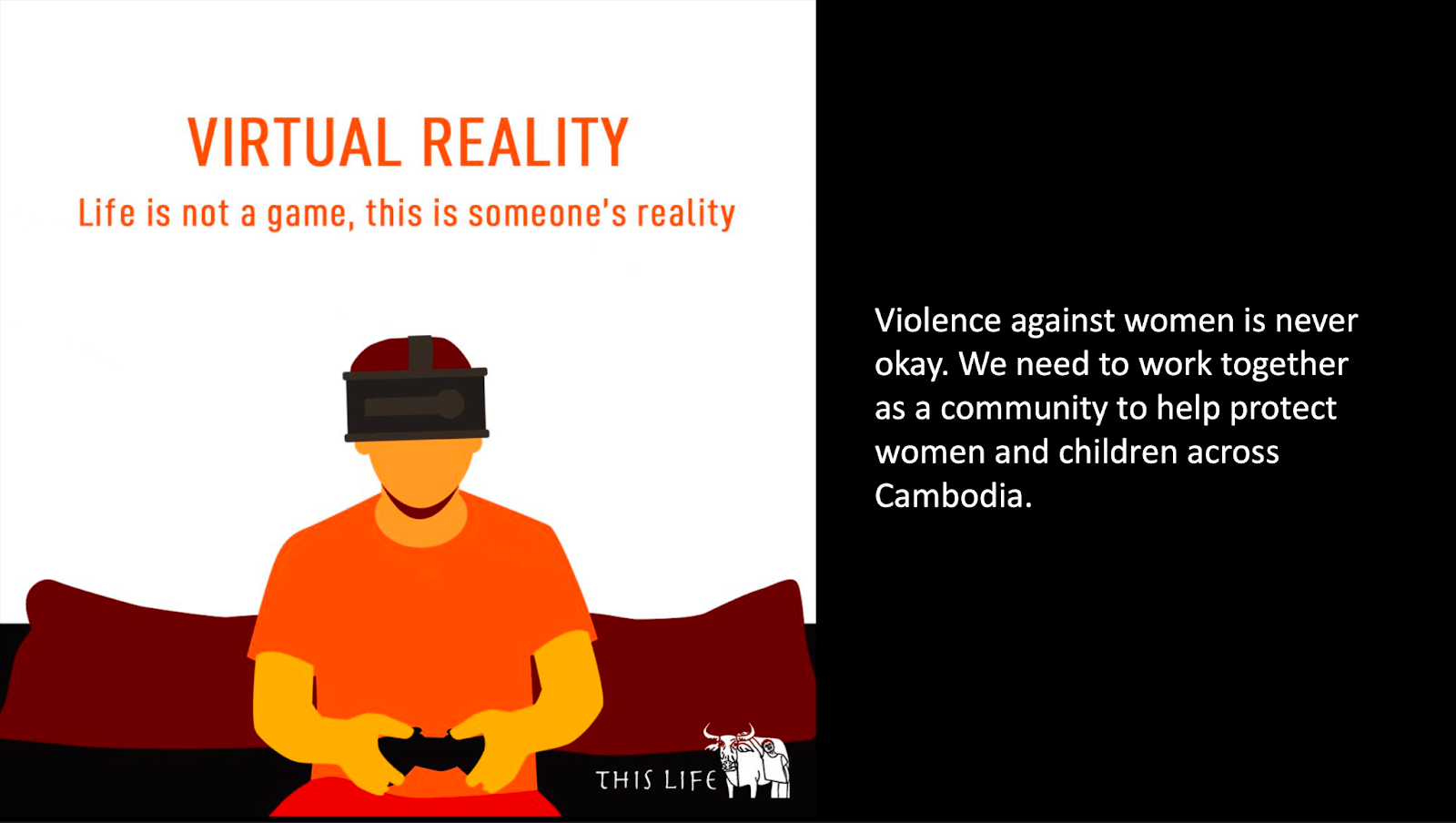 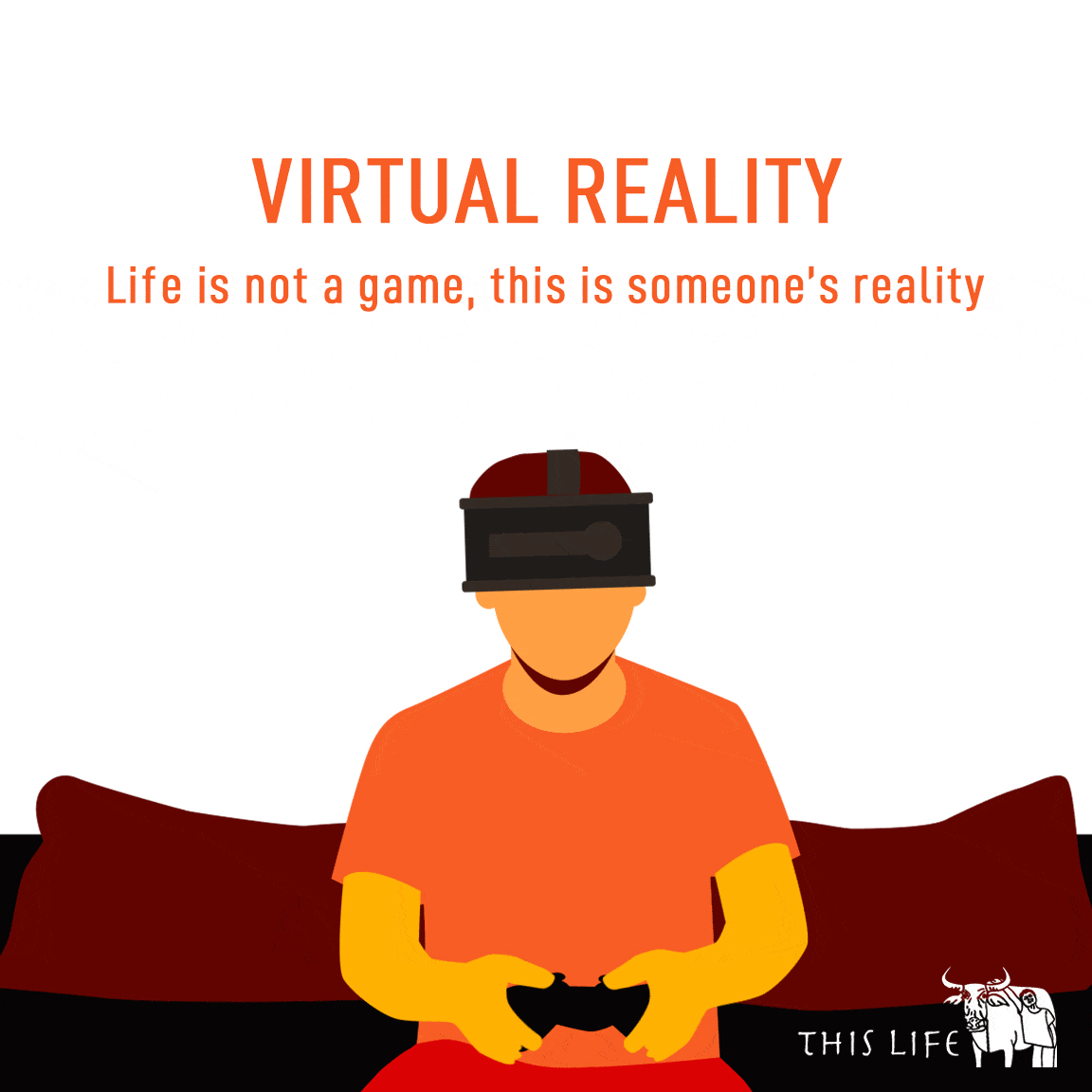 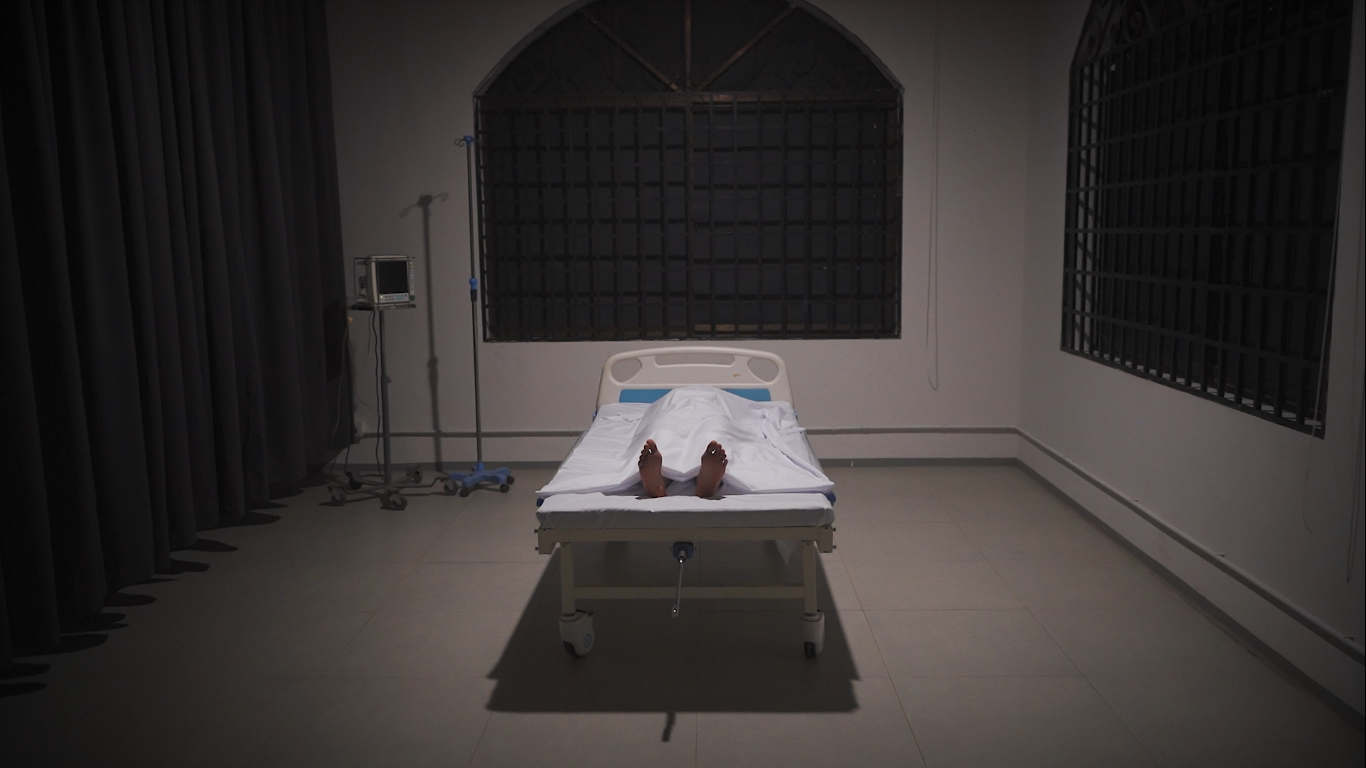 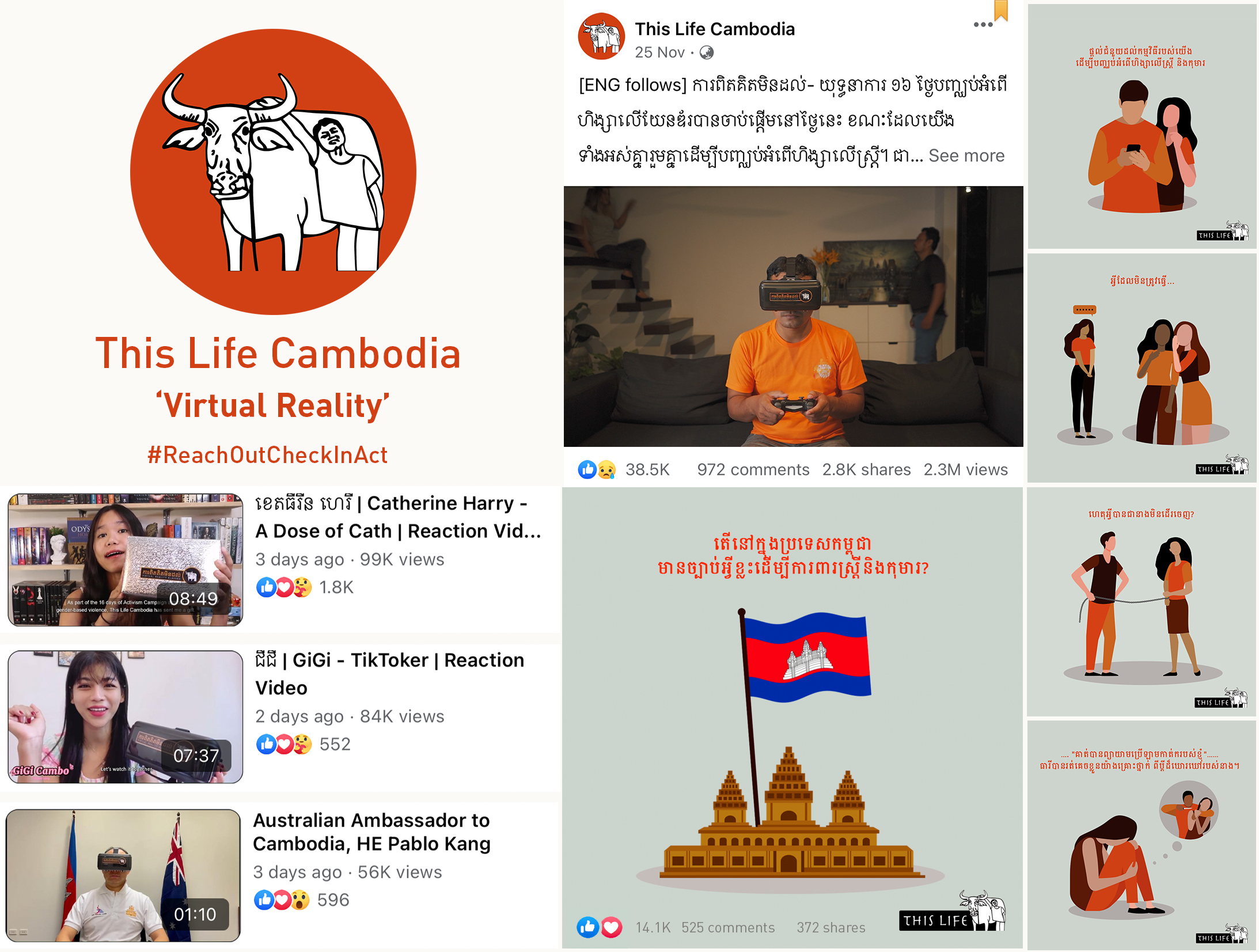 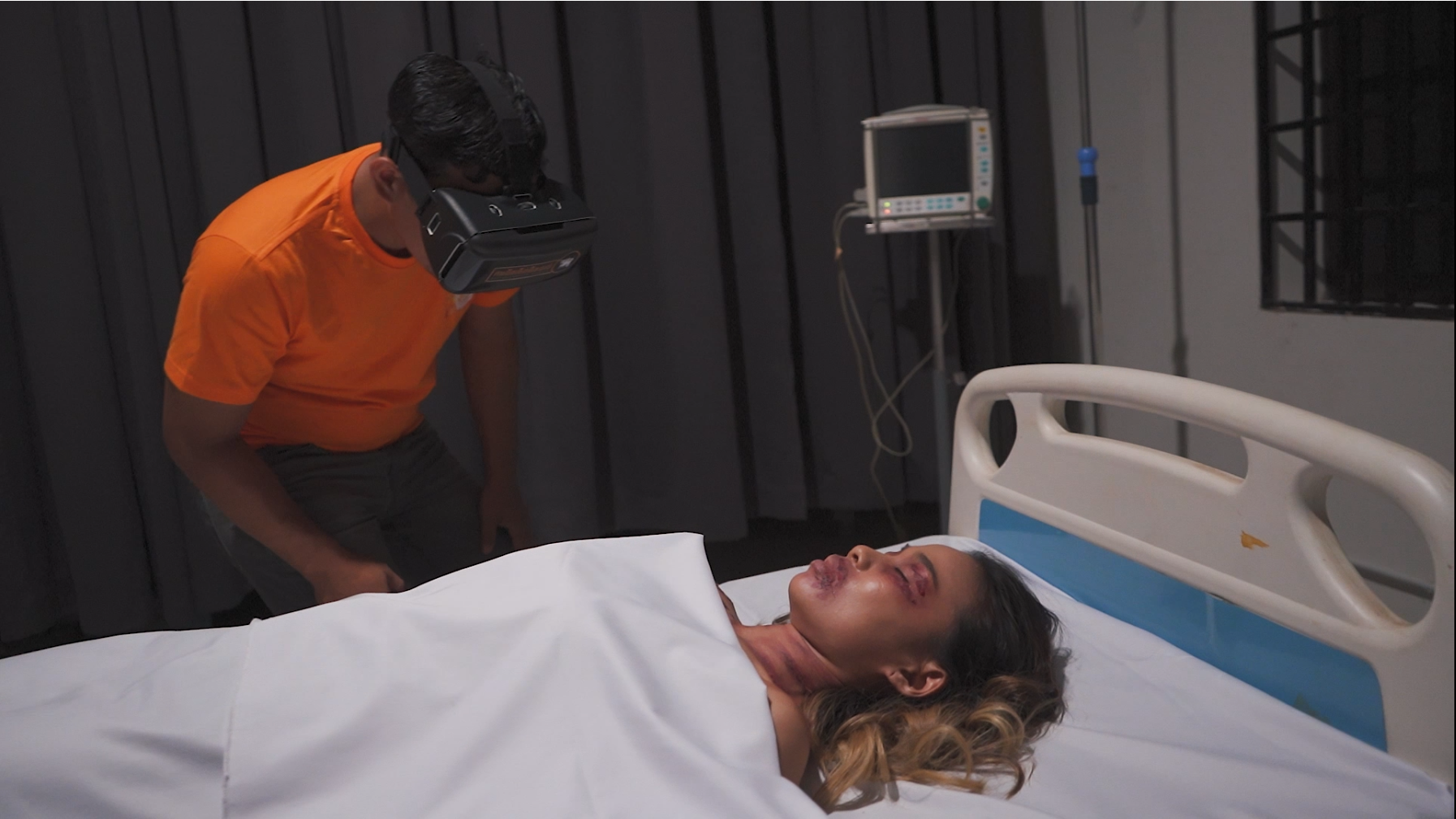 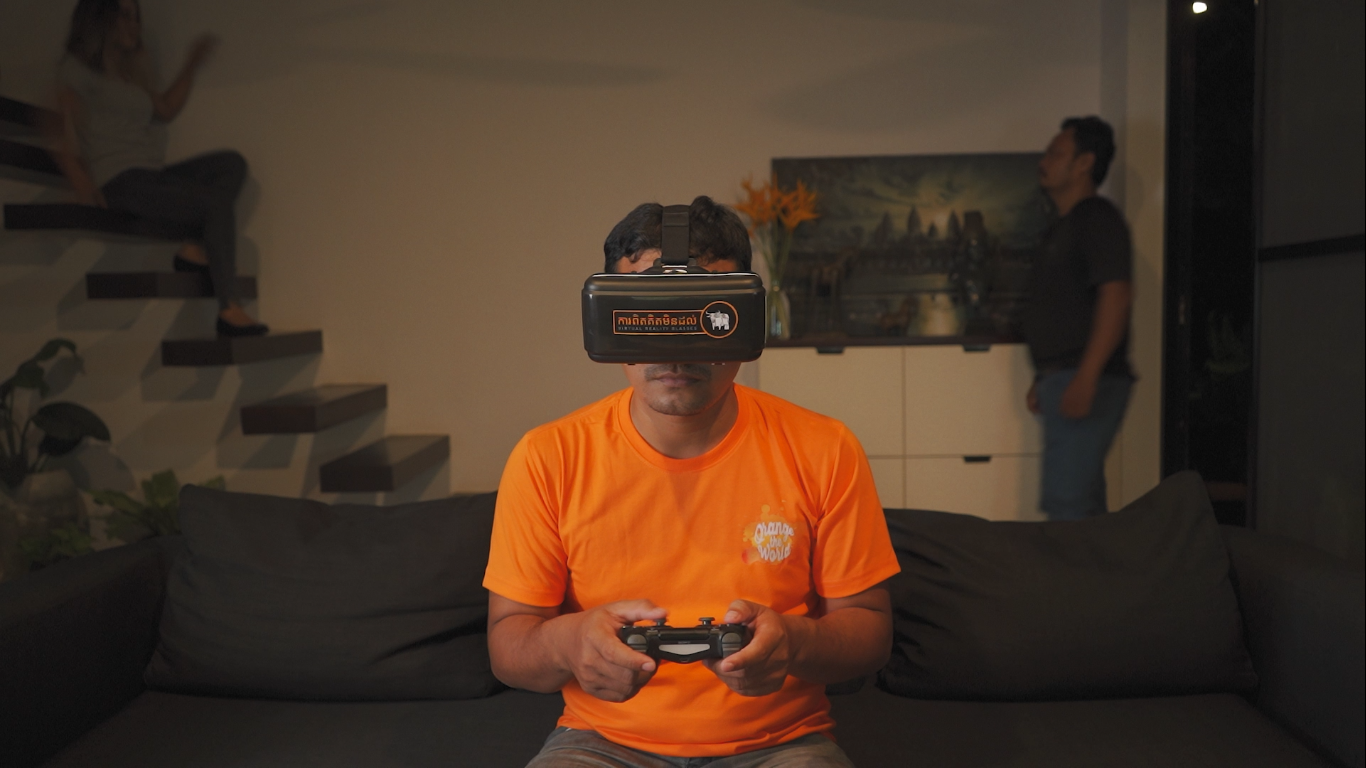