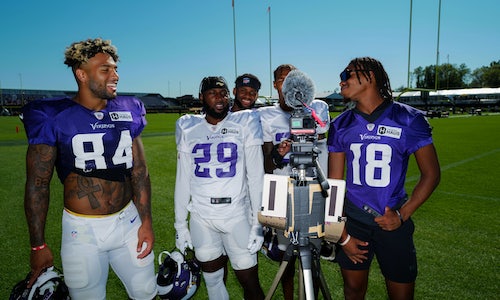 Competition on social media platforms has never been greater - especially after a year where everyone was stuck at home. On the Vikings social platforms, the content has to be compelling enough to grab the attention of the audience immediately.

Looking to stand out in this crowded space, the Minnesota Vikings Entertainment Network (VEN) ideated on what would be

b) offer a behind-the scenes look at Vikings players that showcases their personality, and

c) a series that could be accomplished abiding by updated NFL COVID-19 protocols.

The result was Vikings Cam - a player-driven unscripted series that asks teammates a question, riddle or reaction to the day's events.

In-person interviews are the norm with sports teams, but with current COVID restrictions in place, VEN had to think outside the box. How could the team capture the players in their natural element, while maintaing distance?

VEN utilized the capabilities of its in-house Social Content Producer to put together the strategy behind Vikings Cam. Each week, the social team would ideate on a different riddle, provide feedback and execute the experience for the players.

The Social Content Producer would create the riddle prompt, go out to the practice field and attach it to a camera located right off the field that was permanently set to record. The players became used to seeing the camera and prompt and quickly started participating, with more people joining as the weeks progressed.

Once the last player had left the field, the Producer would retrieve the camera, upload the content and quickly edit it into digestible social content that would be dispersed on social media platforms later that night.

What started as a solve for in-person interviews soon became a content series that could completely stand on its own with the help of a host. Vikings Cam videos consistently perform as the top content on the Vikings' social channels every week. From the beginning, players were invested in the show - a rare thing to happen in professional sports. Not only do the players regularly comment and share, but the riddles pose questions that drive up engagement for fans that follow along. Player buy-in for this series was critical and giving them freedom to "be themselves" was important. So much of sports content is highly produced and puts players in the best possible light, whereas this departure allows the players to respond organically, giving the audience the opportunity to see their true personalities.

One of the exciting parts of Vikings Cam is the endless opportunities it presents for the future. Although this year focused on riddles, the theme has the ability to change in future season to allow for fresh content and player interest to continue. There's no question that this will become a staple content piece for the Vikings Entertainment Network and quite possibly generate partnership revenue in future years. 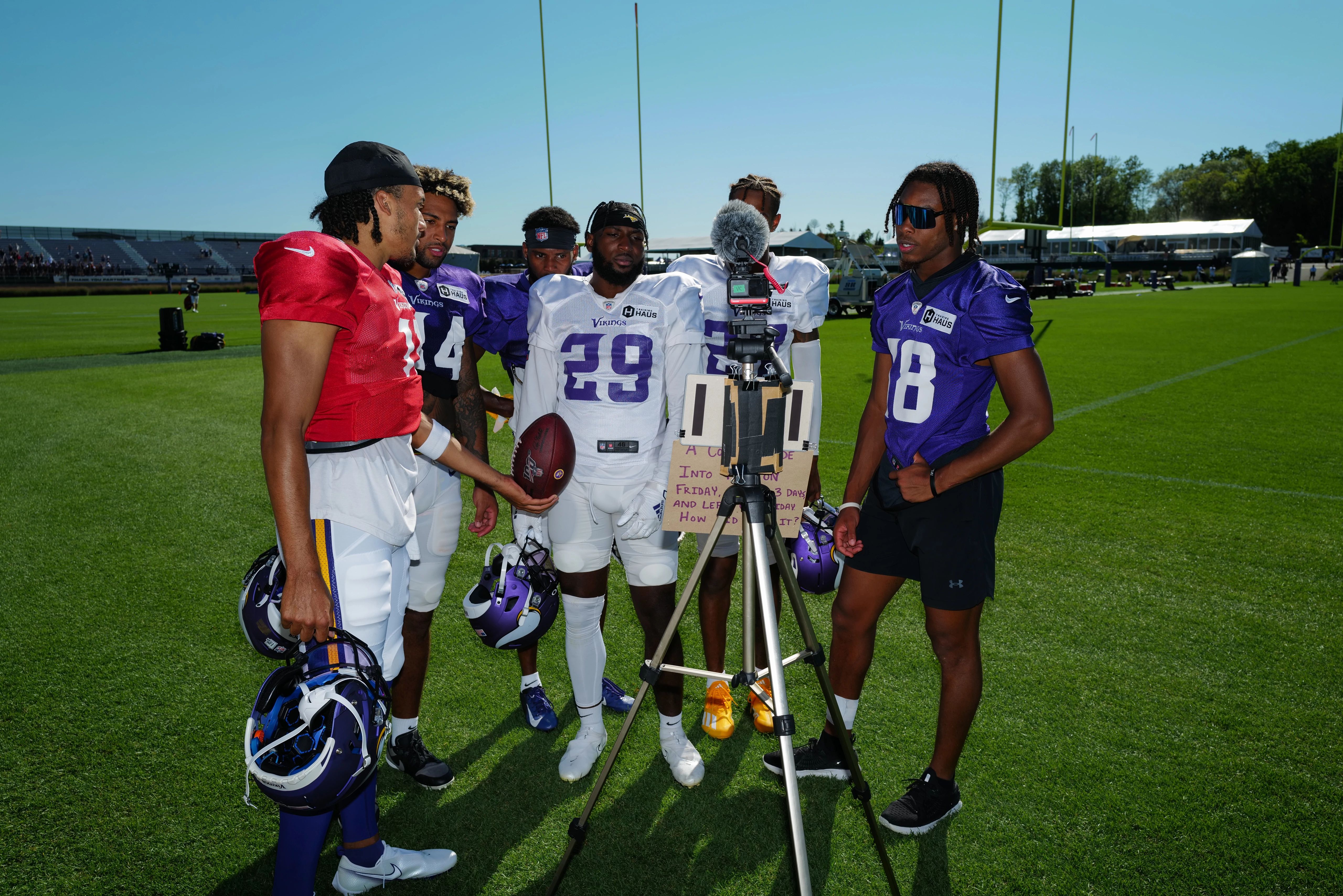 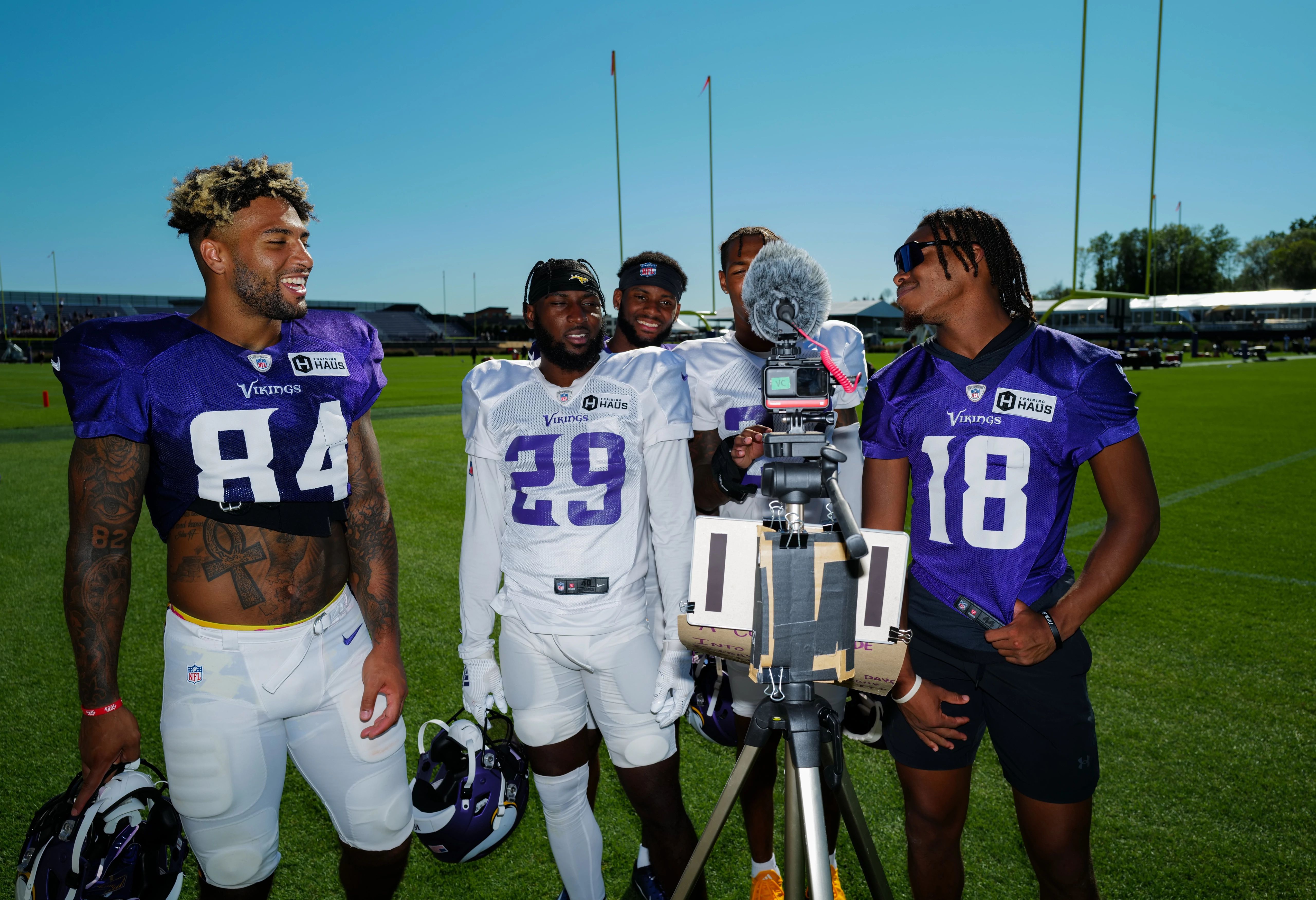 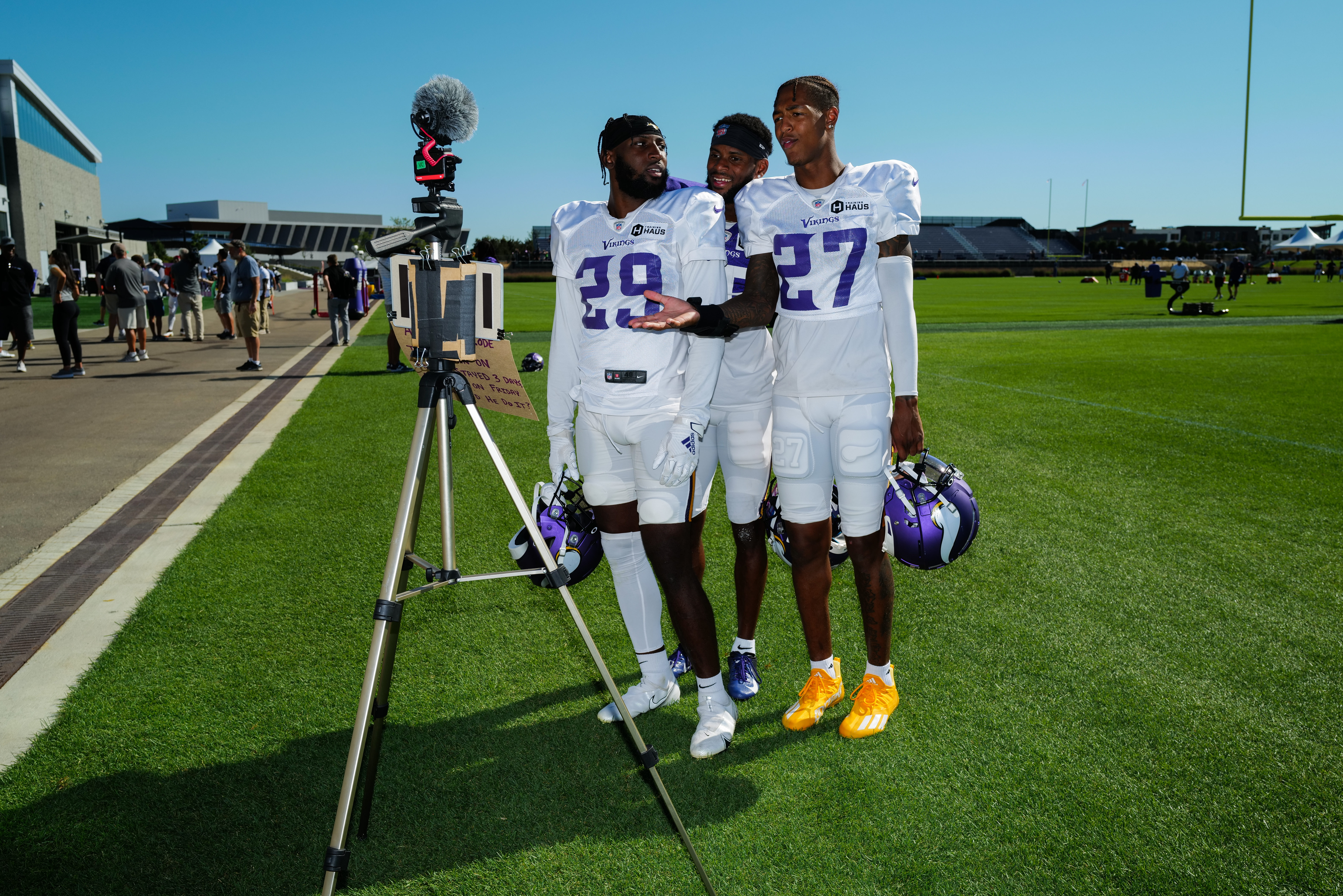 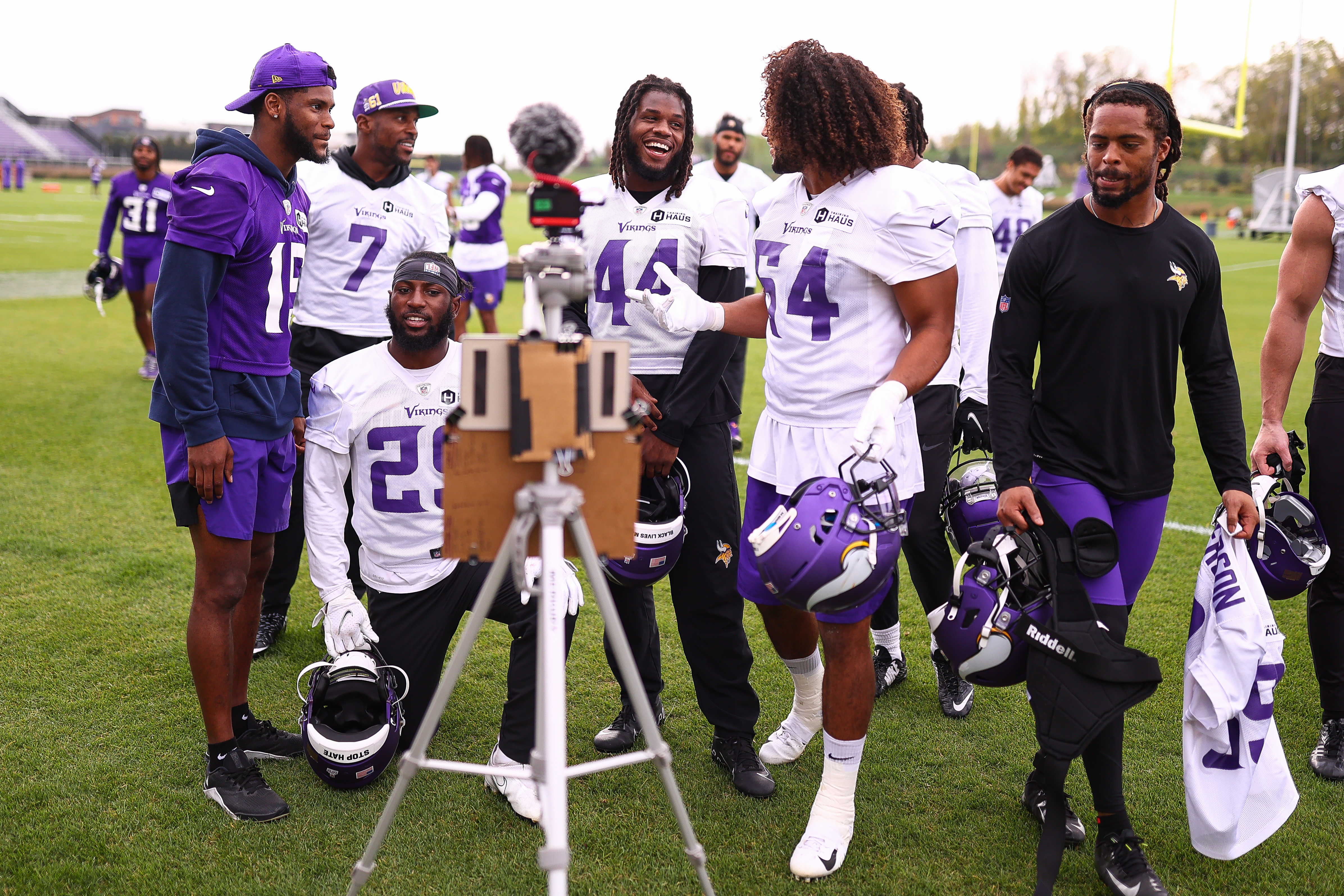 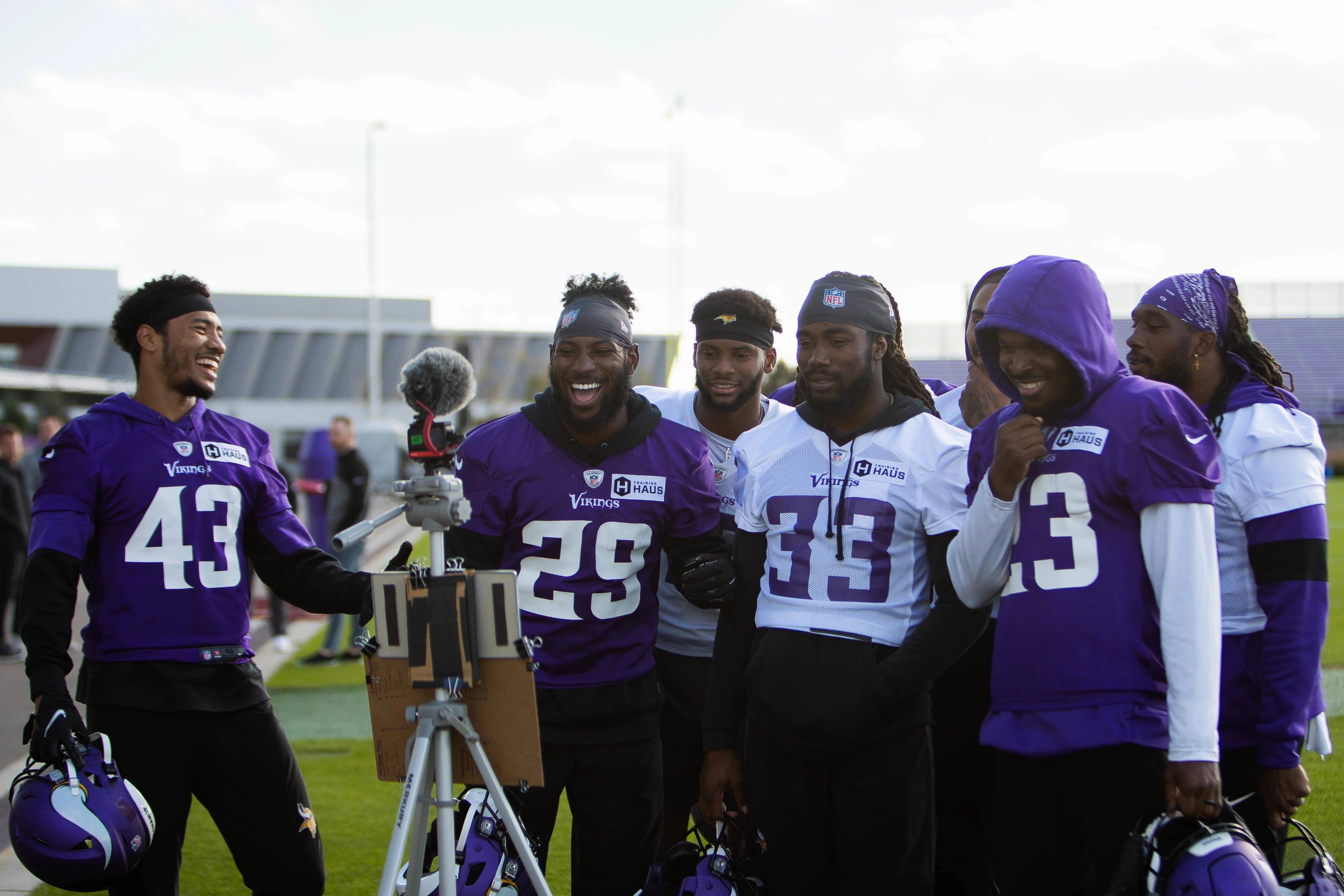