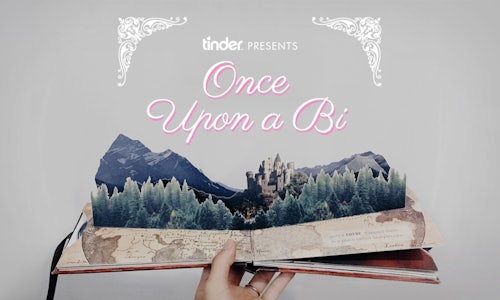 Tinder Presents “Once Upon a Bi”

“When you don’t see older versions of yourself mirrored in the media that you’re consuming at a young age, how do you know it’s even possible?” - Miles of MilesChronicles

This is the unfortunate reality for so many in the LGBTQ+ community. According to a recent Gallup poll, one in six adults in Generation Z, people born between 1997 and 2002, identify as LGBTQ+. 72% of these LGBTQ+ Gen Z adults say they are bisexual, and the share of the LGBTQ+ community that identify as Bi+ is growing year over year. Despite representing the majority of LGBTQ+ people in the US, there’s minimal visibility for this community in mainstream media. According to a GLAAD study, only a quarter of LGTBQ+ characters in media are Bi+. This invisibility is especially telling, when you consider that the Bi+ community uses social media more than any other group by sexuality; showing both a need to be expressive and a desire for visibility.

As the brand that broke down the geographic, historic and cultural barriers limiting how we meet new people, and built on the belief that everyone deserves to find a meaningful connection with someone new, Tinder sought to combat Bi+ erasure and underrepresentation common in most media outlets to show solidarity with the Bi+ community members on the app today. Put simply, the business goal was to create a conversation around the Bi+ community, especially amongst Gen Z 18-24 year olds.

Acutely aware of the heteronormative fables that misled us into thinking what love should be from childhood, we were inspired to push up against these universally known stories and finally take into account the Bi+ perspective - authentically.

Knowing it could take steps to authentically and credibly give the Bi+ community a voice, Tinder looked to its own audience to help convey a narrative uniquely focused on the Bi+ community. Whatever Tinder shared needed to come from the community itself, and not feel as though Tinder was speaking AT the audience.

To do this, we looked to partner with Bi+ YouTube Creators to share their own personal experience - giving the brand a backseat to the storytelling. We wanted the Creators to speak directly to the viewers, sharing different aspects from their personal dating / love journeys, to kickstart a positive, uplifting conversation within the community.

We looked to craft a platform that recognized that there’s no one way to be Bi+. For this community in particular, expression is varied, making it easier to see the best in everyone, and allowing for personal freedom. And, when it comes to online dating, Bi+ people experience more of everything: more choices, more challenges and, ultimately, more chances at success.

And thus, “Once Upon a Bi” came to be, a platform that reimagines classic stories with a Bi+ perspective and new interpretations for a growing, expressive audience that often feels invisible. Over the course of the videos, our Bi+ YouTube Creators Anna Akana (she/her) and Miles McKenna (he/him) of MilesChronicles, reimagined classic romantic tales, like Snow White and Romeo & Juliet, but this time stripped them of the heteronormative context and weaved in their own experiences. The Tinder app features were subtly integrated into the storyline as a catalyst for each narrative.

Both Creators have strong voices in the Bi+ community and reach the GenZ 18-24 audience sweet spot that we were hoping to connect with. We enlisted their support to produce dedicated videos hosted on their channels that were further bolstered with paid media to reach larger audiences - with a strategically targeted YouTube paid campaign executed by Tinder’s paid media agency and further social promotion support to drive views and awareness.

And of course, they all lived happily ever after...(just kidding).

Once Upon a Bi campaign garnered over 2MM video views. Furthermore, the exceedingly positive commentary on the videos and the social media promotion gave evidence that the Bi+ community felt heard and seen.

"...being bisexual is not a gateway or a transitory phase, but an acknowledgment of the fact that love conquers all..." ^ this line holds so much power 💗💜💙  " - Clarisse De Guzman

"I wonder if bisexuality wasn't so erased in media...If I would've come out sooner than 28." This hit me so hard. I was 27 when I first came out to someone and I spent most of my 20s second guessing myself, before I felt sure. Thank you for sharing! Makes me feel less odd." - Raithea

"What a funny and happy way of speaking about these sensitive, personal topics. You really are an honest and brave woman with a big W, all the best! <3 Love" - Women Who Date

"....from a fellow bisexual person of color: thank you" - Julyanna Monera

Video for Tinder Presents “Once Upon a Bi” 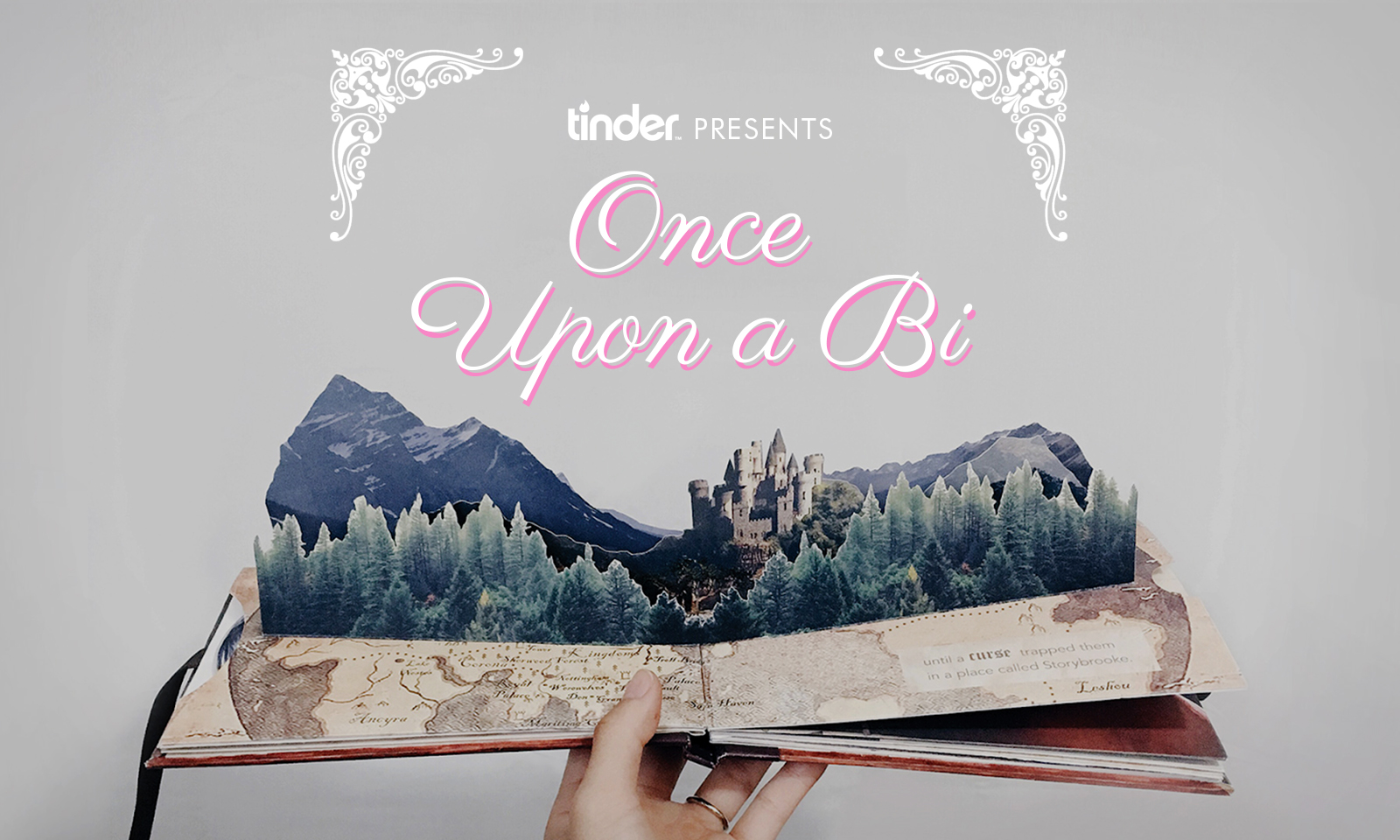