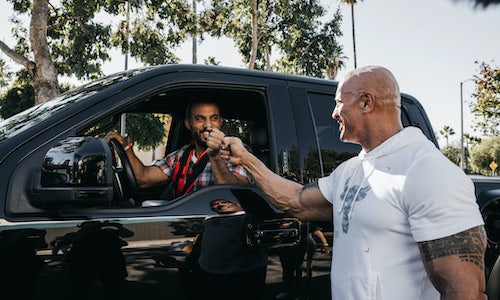 The objective here was to personalize our 12 Day of Red Notice campaign and do something massive for a fan. Our goal in selecting a very special Dwayne Johnson super-fan to receive his personal truck as a gift was to simply spread joy during the holiday season. At Seven Bucks Companies, our ethos is rooted in an ‘Audience First’ mindset, even down to the 1-to-1 interactions between Dwayne and his fans, so this moment was inspired out of that mindset.

This very personal giveaway came to fruition out of our team and Dwayne’s desire to personalize our 12 Days of Red Notice campaign tied to our film promotion. For 12 days straight, in partnership with Netflix and in promotion of Red Notice, we gave away prizes to thousands of fans, but for the final giveaway, Dwayne challenged our team to think bigger. He voiced that he was willing to give away his personal truck if it meant changing the life of one lucky fan and our team ran with it! We identified Oscar, the truck recipient, via social media as a Dwayne Johnson super fan. Not only is he a super fan, but more importantly, he is a good person – he takes care of his 75 year old mom, he’s a personal trainer, a leader at his church, provides support and meals for women victimized by domestic violence and is a proud & humble Navy veteran. We reached out to Oscar to invite him to a screening of our Netflix film, Red Notice, and he excitedly accepted. Little did he know Dwayne and our team had bigger plans! Before the film started, Dwayne surprised the audience and introduced the film and on his way out asked that Oscar follow him outside for a special surprise. At this point, Dwayne handed over the keys to Oscar and let him know that his personal car was now all his.

This is one of the projects our team is most proud of. We consider this such a massive success because this moment was our ‘Audience First’ mindset put into action. With that, the social content that came out of it effectively used native platform features and tools to communicate our most important core brand value. 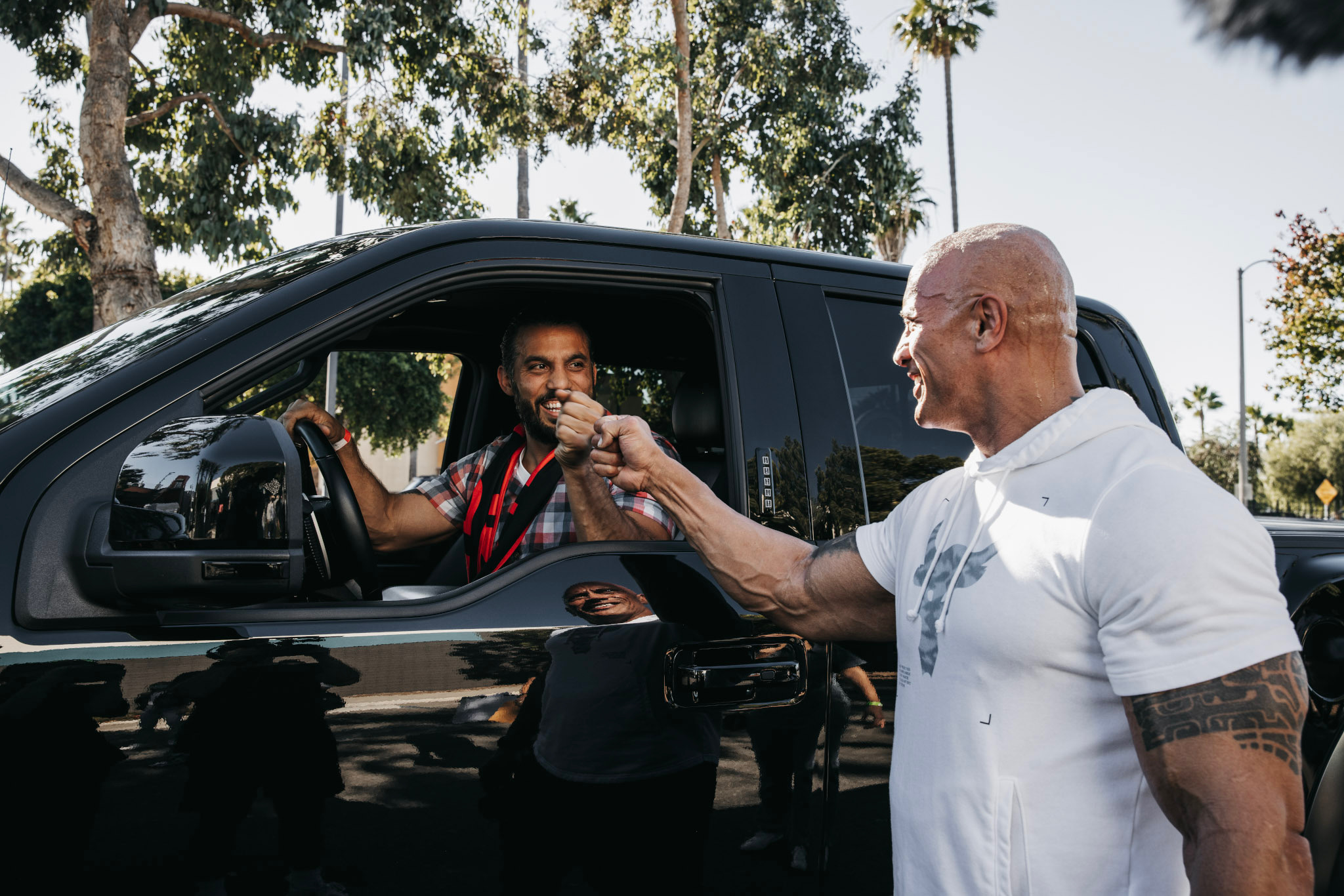