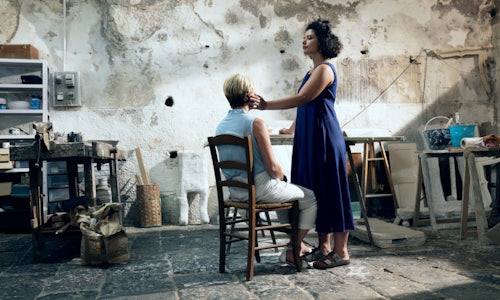 The Value of Touch

In 2021, amid the covid pandemic, NIVEA launched its brand purpose and CSR program based on the transformative power of touch. Named “Care for Human Touch to inspire togetherness”, it aims to support human touch projects to promote quality of life for people at risk of loneliness. NIVEA chose to put the spotlight on those for whom touch is a vital need: babies born preterm, visually impaired individuals, and elderly people with dementia. The project “The Value of Touch” looked into the powerful role of touch as a primary sense – and the impact it has on all of us. With the main objective being to generate awareness for NIVEA´s CSR projects and get a broad audience involved online, NIVEA entered the world of NFTs (non-fungible tokens) to create a piece of art that could showcase the true value of touch.

Recent research showcased that touch is perceived as one of the least important senses, with 88% of people ranking sight as their most valuable sense, followed by hearing. How could we make touch relevant to younger audiences, mostly distanced by lockdowns and a pandemic?

This insight led NIVEA and its agency Publicis One Touch to the idea of a touch-inspired NFT that is highly valuable and free at the same time – making it attractive for a tech-savvy, trend-loving audience of Gen Z, Millenials, and media. With a culturally relevant story that tapped into the hot topic of NFTs, NIVEA was able to create a conversation about the power of touch and help people realize its true value by subverting the value equation usually associated with digital art. Our NFT is valuable not because it is rare, but because it is free. It was the core of an integrated campaign: The first free NFT created and inspired by touch - a digital piece of art representing the value of touch.

We found the perfect partner for this project in Clarissa Baldassarri, an Italian visual artist who has personally experienced visual impairment in her youth. For “The Value of Touch”, Clarissa created an NFT artwork using a special raised line drawing kit that consists of a stiff board covered with a layer of rubber and a thin plastic sheet. To create the raised line, Clarissa used a metal awl she received as a gift from a blind friend who taught her to see the world through touch. This kind of awl is traditionally used in the development of Braille texts.

A global PR activation served as the main driver of awareness and conversion, as the story got picked up by key media across the world, leading to global high-quality coverage.

The results speak for themselves: 15,000 people claimed their free NFT in the first 72 hours of the campaign – meaning that every single piece of the limited edition was taken after only three days. In this same time span alone, the campaign achieved global PR results of more than 1,000 earned articles, adding up to an estimated reach of over 513M around the world. Mentions across all social channels were 100% positive or neutral.

The campaign website and NFT hub had over 100,000 aggregated visits in 3 days, with consumers spending on average 4:48 minutes interacting with our content.

As for the qualitative results of the campaign, most importantly, the “The Value of Touch” NFT stayed true to the NIVEA brand essence, as it was a first experience in the NFT world for many who claimed it, and an affordable one at that. NIVEA takes pride in being a steppingstone into the skincare world for many consumers, so the brand wanted to take their fans along on their first venture into the digital art world. With the project, the brand has successfully proven the undeniable value of touch – and will continue to execute international projects for different vulnerable groups under the “Human Touch” umbrella.

Video for The Value of Touch 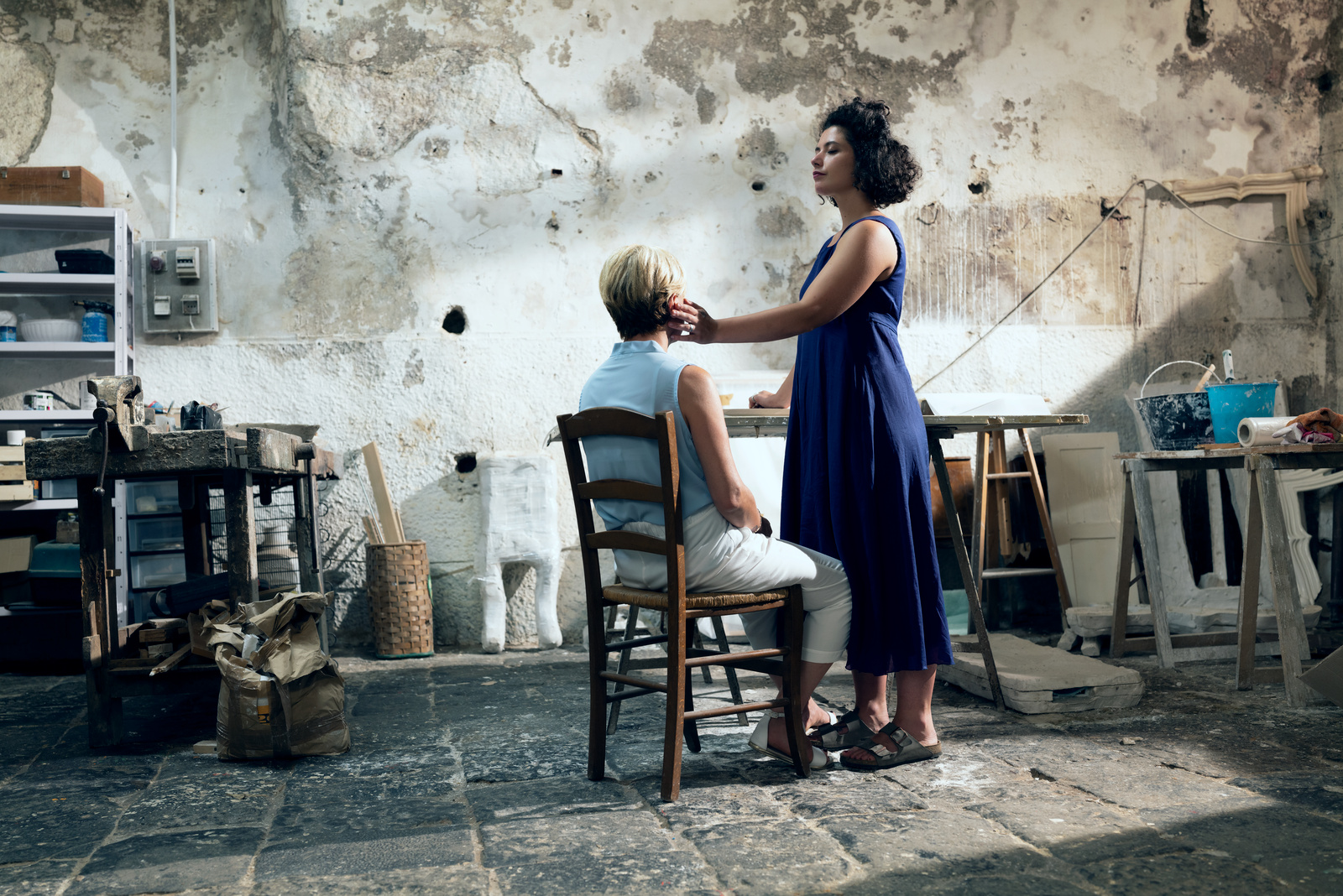 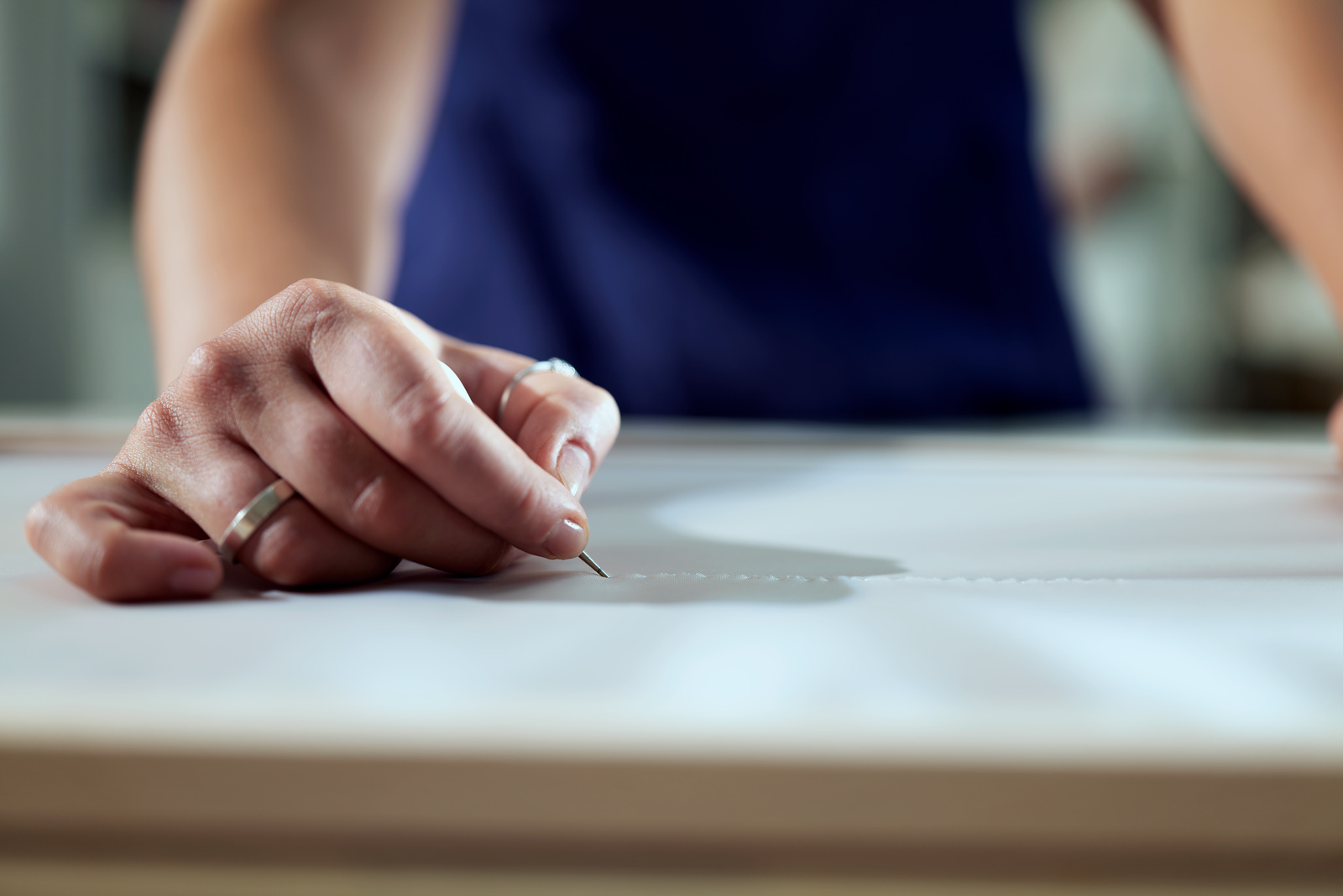 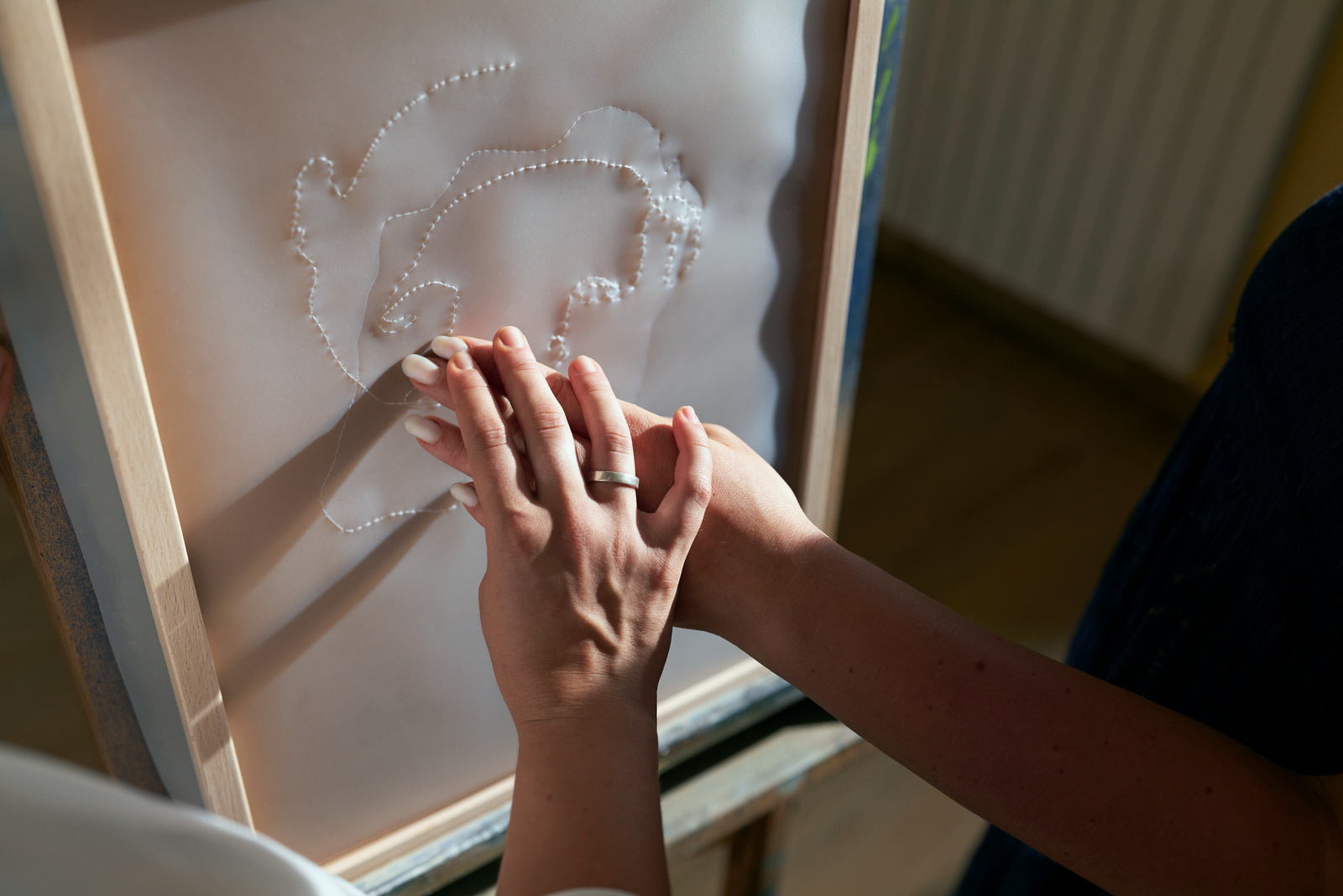 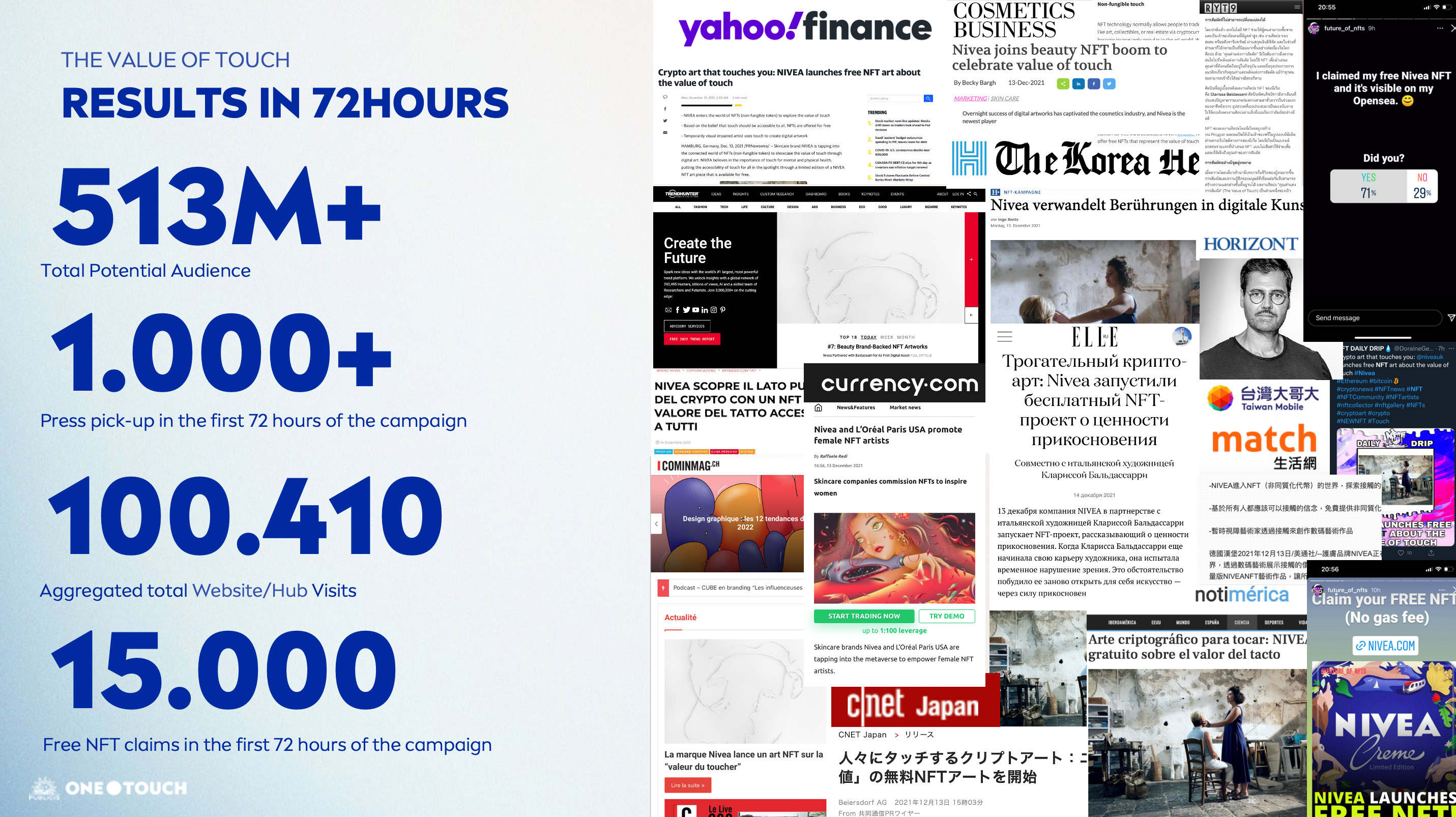 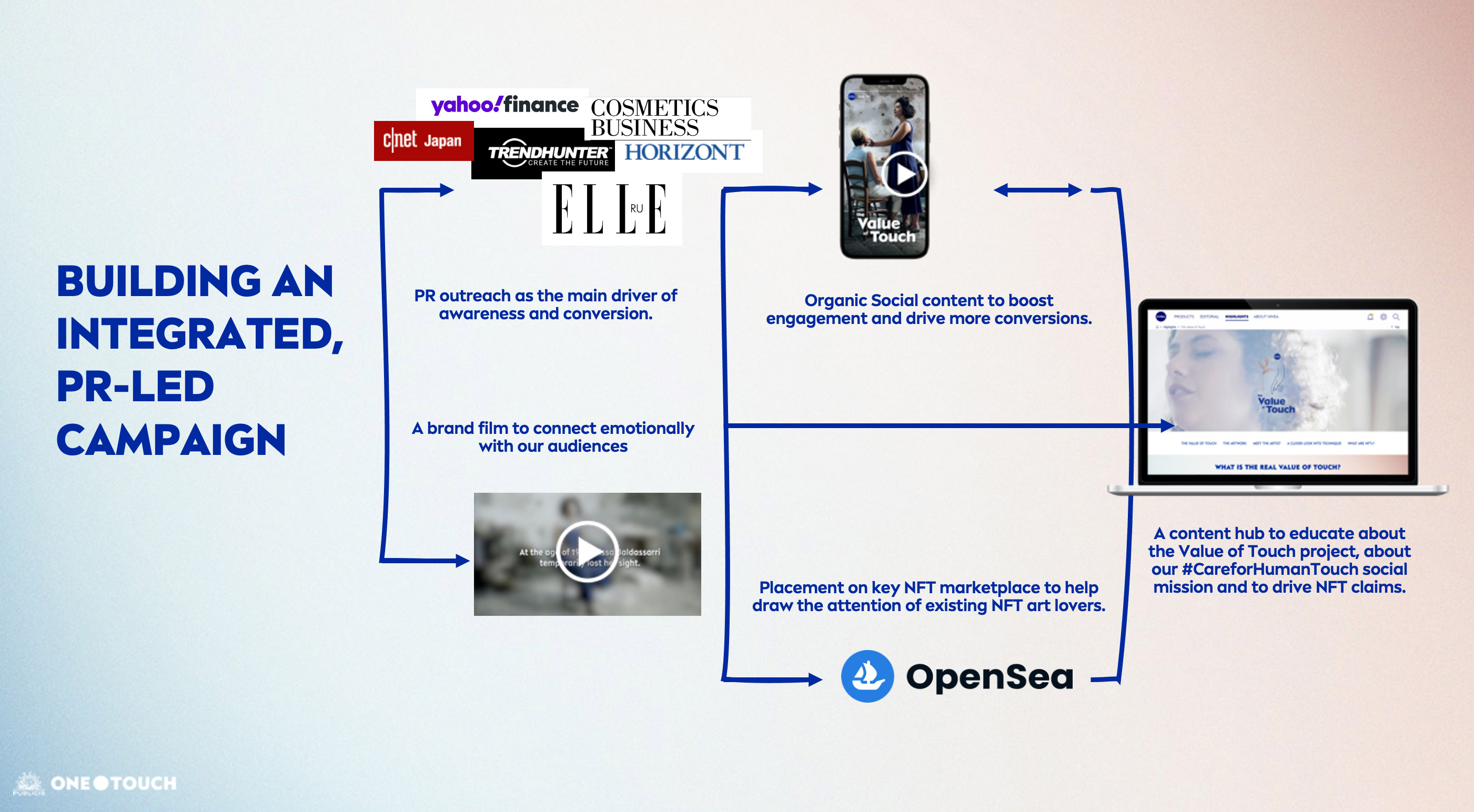 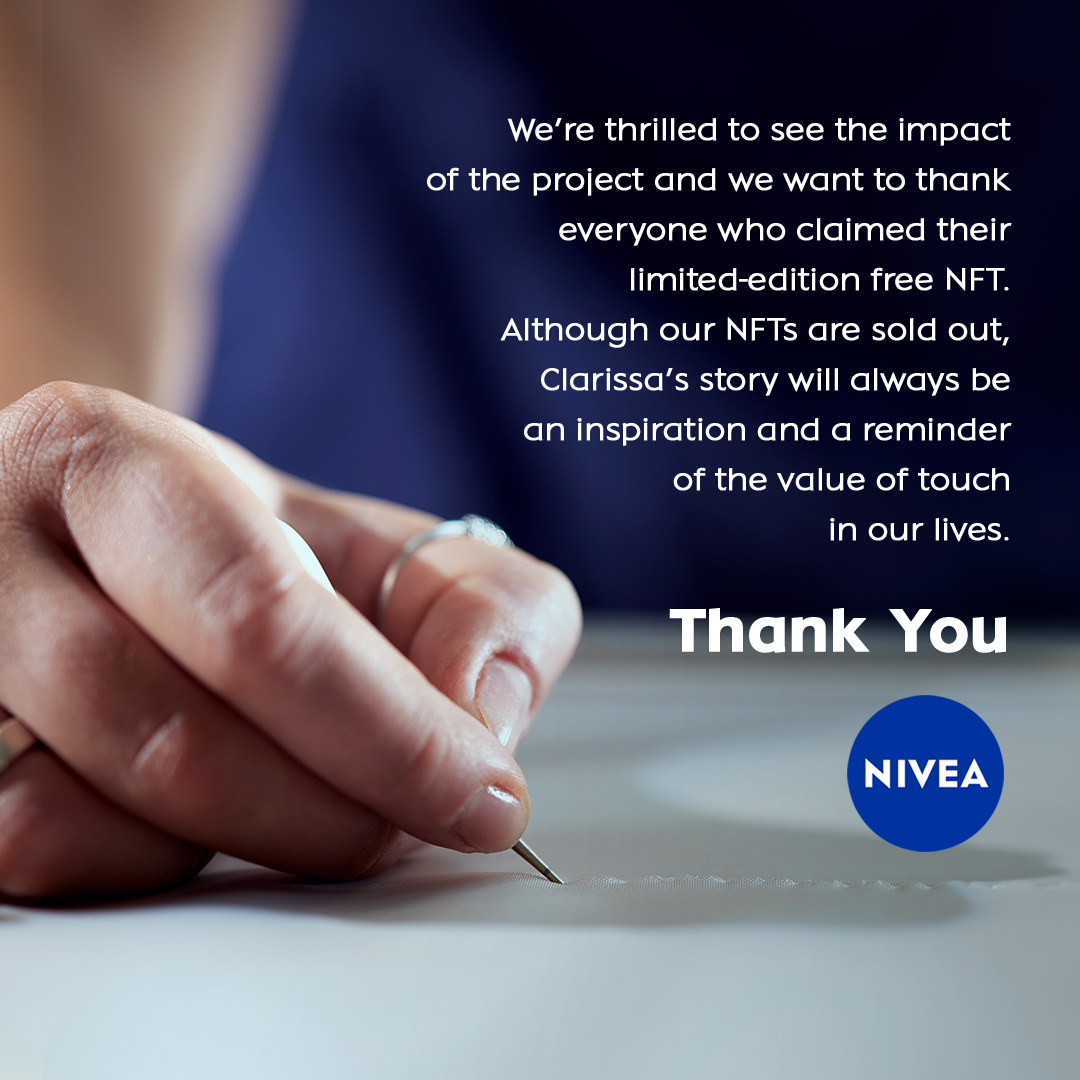 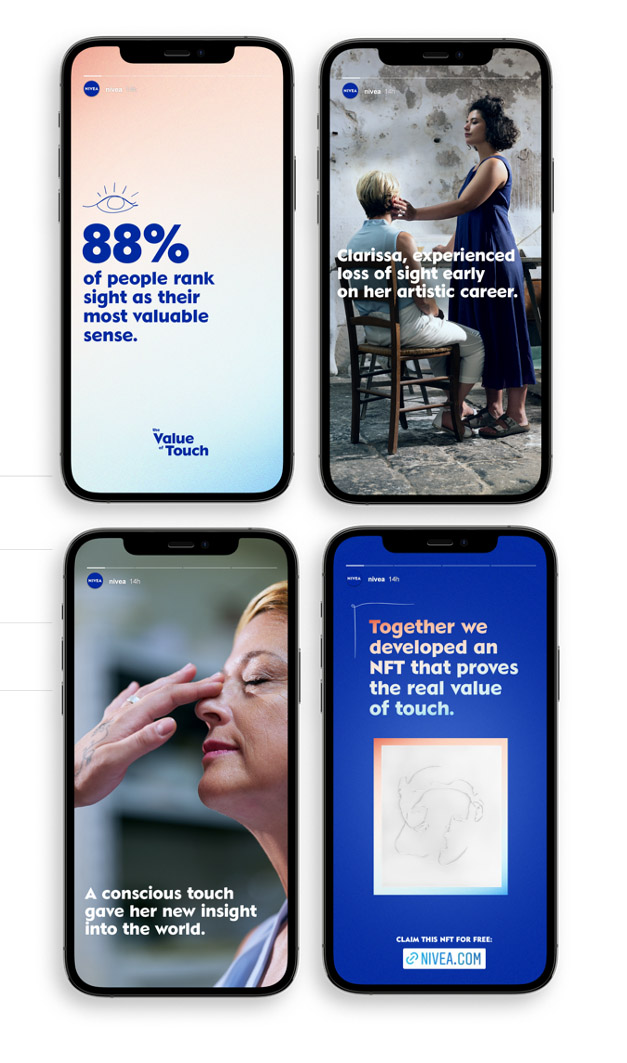 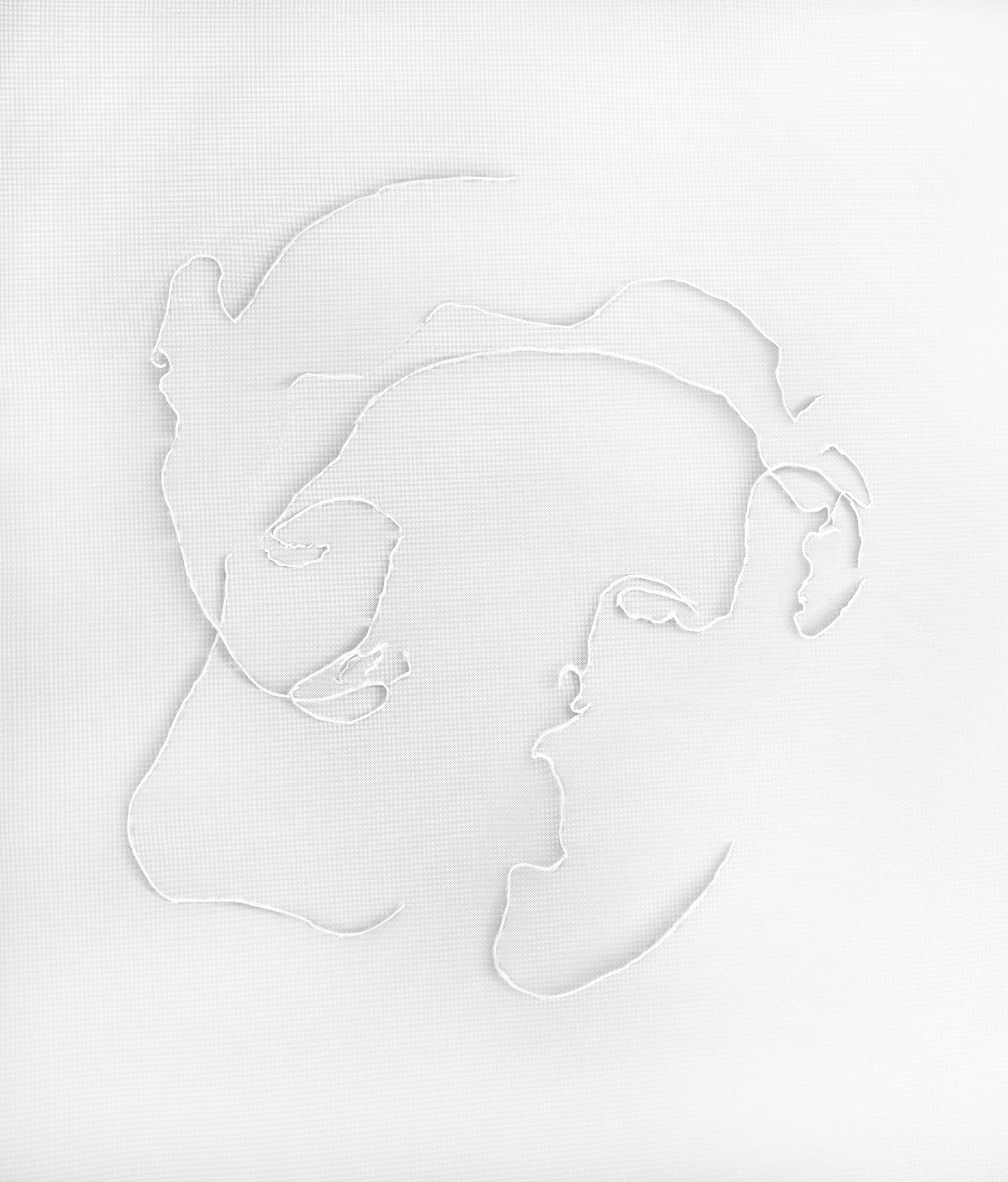