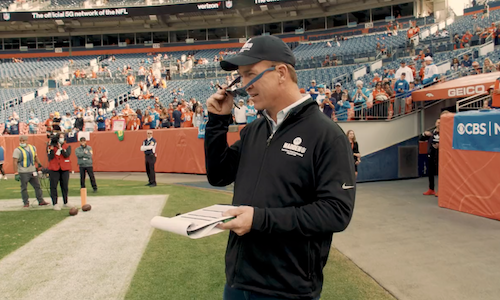 What’s left to accomplish when you’re one of the greatest quarterbacks to ever play the game? Multiple League records, a Super Bowl ring, and a Hall of Fame jacket later, Peyton Manning left only one stone unturned in his storied career: mastering the art of being a Madden Ratings Adjustor.

In recent years, the weight of EA Madden NFL Ratings has increased among players and fans of the game. Need to get your speed up? Think you’re a better route runner than you’re getting credit for? There’s no better way to bring out fierce competition among players than to have the fate of your skill ratings in the hands of a living legend.

That’s where The Sheriff Returns: Peyton Manning, A Madden Ratings Adjustor Story was born. NFL Social partnered with EA Madden to trade Peyton’s Gold Jacket for a Ratings Adjustor jacket, following his journey to success as a Ratings Adjustor with his son, Marshall. The two main goals of this activation were to enhance EA’s Ratings Adjustor program by engaging players and fans through Peyton’s natural humor and notoriety, and build up NFL players through light-hearted, personality-driven content.

During NFL Week 12, Peyton Manning assumed the role of Ratings Adjustor for Chargers vs. Broncos, a game that showcased a handful of the League’s rising stars looking to boost their ratings in a variety of areas.

We approached this activation with a three-pronged plan starting with announcing Peyton as a Ratings Adjustor, then teasing his journey with a mockumentary-style trailer, and ending with releasing a long-form feature with top NFL talent that holds a comedic vibe – think The Office set in an NFL stadium.

To launch the campaign on social media, NFL and EA Madden released photos on game day with purposely vague captions about Peyton being a Ratings Adjustor.

In the days following the game, NFL released the mockumentary-style teaser modeled after NFL’s popular series, A Football Life, which has highlighted Peyton’s legendary career, among many others. The look and feel of the piece is familiar to NFL’s audience but the twist of parody paired with Peyton’s natural sense of humor was an engaging draw for a broader social audience. Leaning into Peyton’s personality was huge here – we were intentional in our approach to making this heavily EA Madden NFL branded promo feel like real content.

After the teaser was released, the long-form feature highlighting Peyton’s day in the life of a Ratings Adjustor went live across NFL social accounts. The 3-minute piece featured Peyton interviewing talent from both teams including Broncos wide receivers Jerry Jeudy and Courtland Sutton, and Chargers safety Derwin James. In between interviews was when Peyton really shined. He gave us many of the one-liners that make him so likable, even to non-football fans.

It goes without saying that securing one of the biggest names in football sets this content apart from the rest, but the set up and rollout made this activation feel like pure entertainment for our fans. What could have felt like in-your-face branded content became a true storytelling journey with a beginning, middle, and end featuring a football legend beloved by all. The set up and execution of the stunt helped accomplish the goal of promoting the Ratings Adjustor program in an authentic and engaging way that didn’t scream “advertisement” to our audience.

The teaser and long-form feature passed 6 million total video views and 540k interactions across NFL social accounts. The content was amplified by EA Madden NFL, Denver Broncos, NFL on ESPN and picked up by ESPN.com and FoxNews.com. Peyton used his time as Ratings Adjustor to his advantage and changed Tom Brady’s rating, a joke which received reaction from Tom on his social accounts which accounted for 2.1 million video views and over 116k interactions.

The positive sentiment around both the teaser and feature, along with reaction from current players, supported our mission to create heavily branded content in partnership with EA that feels purely like entertainment. The way in which we produced this activation allowed fans to connect with Madden in the same way Peyton and the players who were featured in the content do. 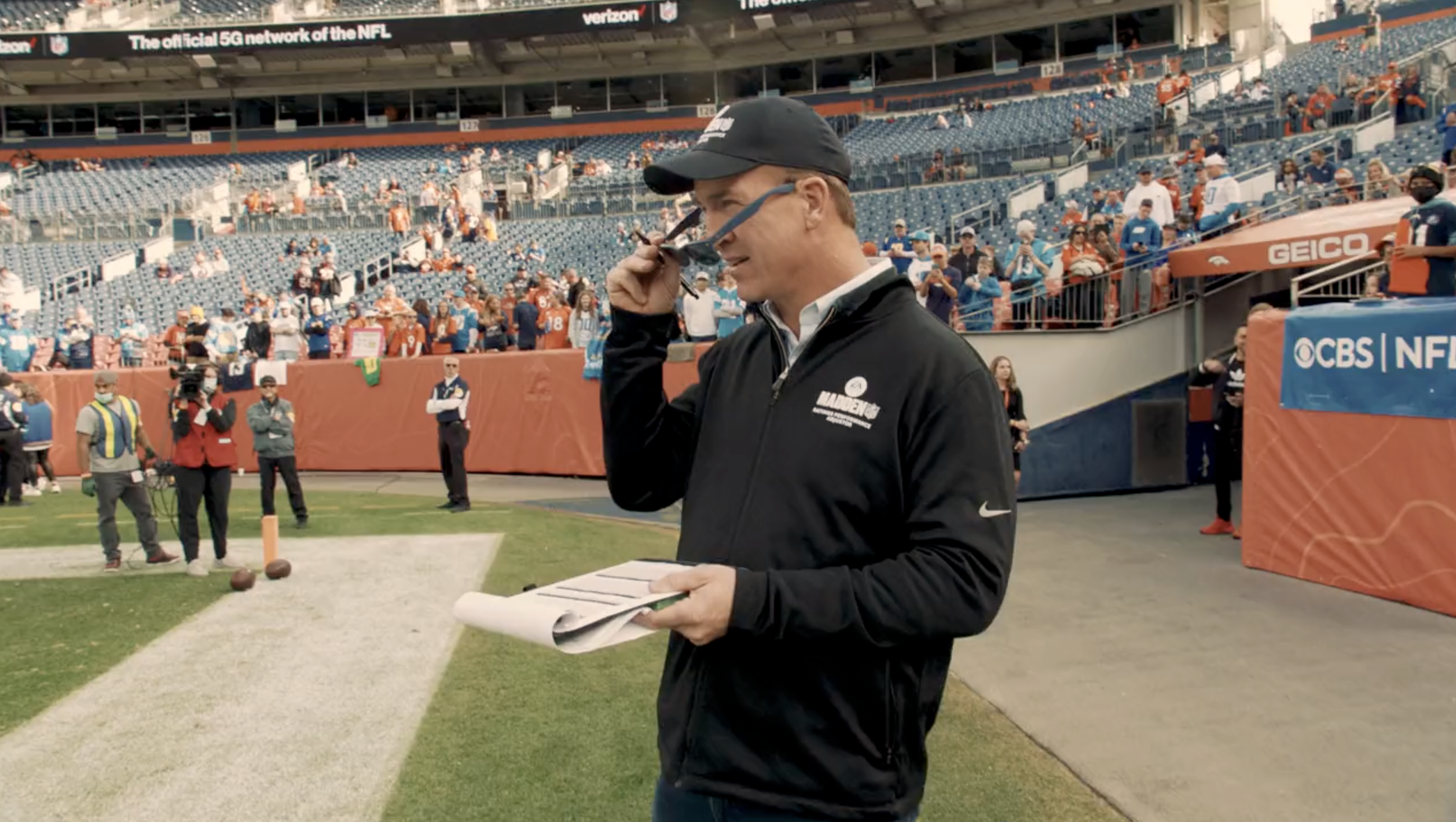