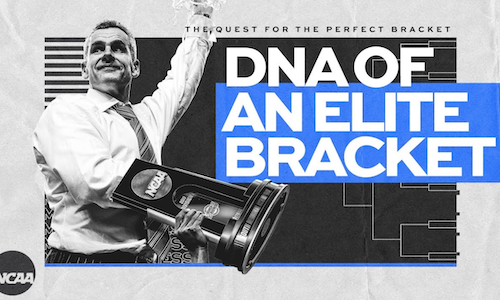 The Quest for the Perfect Bracket

The Quest for the Perfect Bracket branded video series was developed to pair with years of original data reporting on how people pick brackets, and what makes a successful bracket pick. Our first objective was to create fun, accessible video content that helps many millions of fans fill out their brackets. We also wanted to get the series sponsored. And to engage this large, bracket loving audience with March Madness and our own Bracket Challenge Game.

The series is smack dab in the middle of our content strategy of creating useful, engaging bracket content to drive audience around March Madness and brackets. We strive to go all in on legitimate, deep data reporting because the audience potential is so strong.

While there is a select population of avid college basketball fans who follow the on court nature of sports, between 20 and 40 million casual fans are known to play NCAA tournament brackets.

Example: Even a topic like Mascots, a spreadsheet was built back to 1985 putting all Mascots in categories, building out Won-Loss records for 35 years, so we'd have an authoritative story on which mascots do the best. And we made sure to show our reporting in the video. At all times, we were transparent with the reporting.

Covid created a challenge. We created the series in Summer 2020 while everyone involved worked remote. We wrote scripts, filed remotely using laptops and laptop audio, and then evolved as the series gained steam and exposure, graduating to safe, structured in-studio execution. The bare-bones pilot was used to pitch sponsor, leading this to become a branded series and successful execution with Hersheys, complete with a baked-in branded title sequence.

We rolled out a plan to produce 15 durable "Quest for the Perfect Bracket" videos from Feb. 20 till Selection Sunday. Videos were published to NCAA.com, social channels and YouTube.

The series was a success.

First, the efforts to build a pilot and a title sequence paid off in a sponsorship with Hersheys. It was also the first sold video series specifically by the editorial team -- a more traditional content team in terms of site production and writing.

Audience wise, the videos were our most popular on site for all of 2021 – gaining more than 2M video starts on NCAA.com and 1.5M on YouTube. The videos are also durable and relevant even today and for future NCAA tournaments.

This content was developed specifically because it meets the needs of our audience and community. What we've seen in the audience is far more are interested in NCAA tournament brackets than even the games themselves. 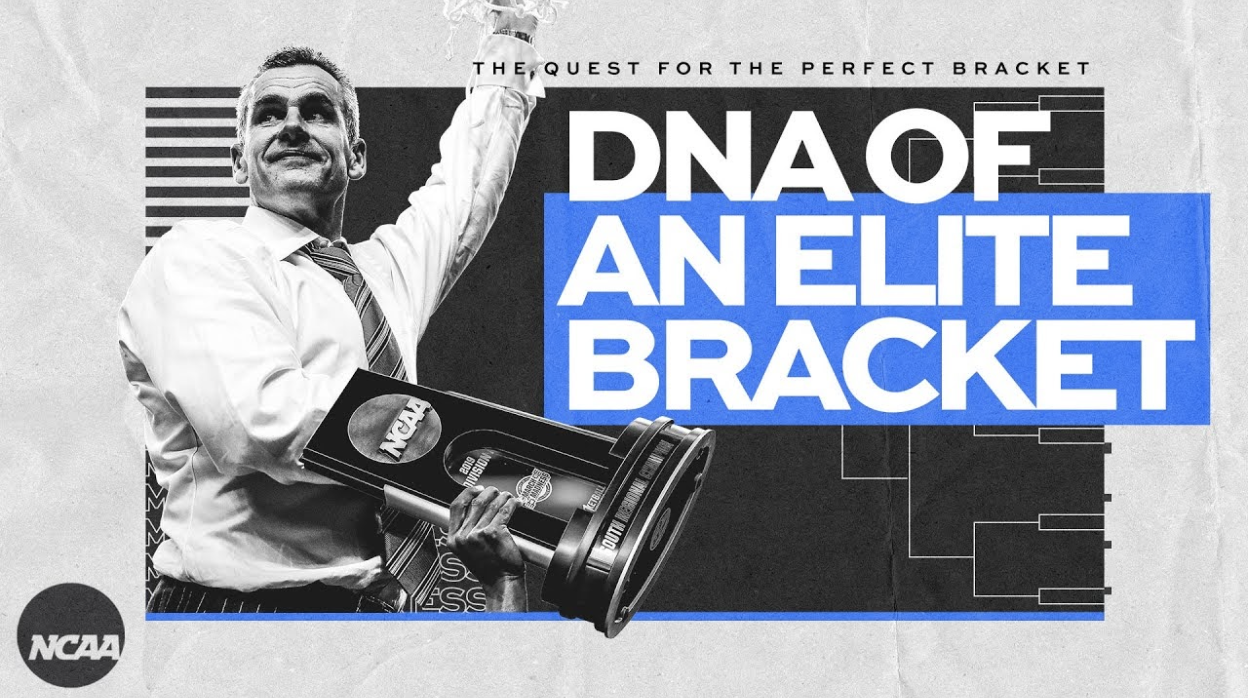