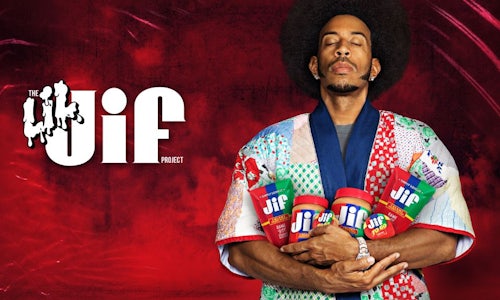 The J.M. Smucker Company needed to do more to win over younger consumers. After having had a reduced budget for over a year, Jif would have to find a way to break through and grab attention and relevance again.

Our mission: Get today’s younger peanut butter buyers to go nuts for Jif despite being outshouted and outspent by its biggest rival. In order to reclaim Jif’s rightful place as the best peanut butter on the planet, we needed to increase share in the category – our ultimate business goal.

To make this happen, the campaign needed to:

-Be the most talked-about peanut butter brand.
-Convert brand interest into action.
-Get more people to recognize Jif’s superior taste.

And we wanted to be the most-talked-about peanut butter brand, leading the category in social share of voice and increasing share of voice from 37% to 55%.

Skippy had been outspending Jif for over a year, effectively overtaking Jif in online conversation – an area vital to our target audience. It was important for consumers to hear about Jif not only from advertising but from their own circles of influence. The goal was to dominate consumer excitement and conversation.

To meet this objective our strategy was to make the Jif brand a part of our young targets’ culture. And when it comes to their culture, hip-hop is king – the #1 genre by listenership/streaming. We stumbled on an unexpected link between a new style of rap (often referred to as “mumble rap”) and peanut butter. People said the hard-to-understand lyrics sounded like artists were rapping with a mouthful of peanut butter. We embraced this connection by showing that a mumble rapper’s “secret weapon” was a mouthful of Jif.

To successfully enter the conversation, Jif needed to ensure complete authenticity to the genre. The name “Lil Jif Project” was a nod to the many artists with “Lil” in the name. The advertising was shot as a true music video by a recognized director. Because Atlanta is at the heart of today’s rap, we tapped Atlanta-based street artists to design the album cover for Ludacris’ single and a special-edition jar for rap community influencers.

We knew the traditional advertising approach wouldn’t cut it with this younger generation; rather than push out a product benefit on a traditional media buy directed to moms, we used culture as our media and message, creating a hot new sound from an unexpected source.

Our plan had three parts:

1. Release Ludacris’ song prior to the brand reveal: Ludacris, self-proclaimed PB lover and legendary 2000s rapper still popular across generations today, would release his first single in six years. But there would be a catch: It wouldn’t sound like the old Ludacris. It would have a modern trap beat and near-incomprehensible lyrics. Fans would (and did) go wild wondering why his sound changed so drastically. This worked to drive interest and buzz before we even launched. We also built intrigue by tapping Atlanta’s premier jeweler to the rap stars to create a custom, diamond-encrusted Jif necklace, which they teased on their popular TikTok channel.

2. Reveal Jif was behind Luda’s new sound: After a weekend of hip-hop fans debating over Luda’s new sound, Jif revealed through the Dave Meyers-directed music video that Ludacris’ new flow was due to his inability to resist a delicious mouthful of Jif, even while recording in the studio. And that irresistible bite inspired an entirely new Jif rap sound. The rug-pull moment coincided with our big launch across TV, online video, OOH, social, search and audio on Spotify.

3. Invite fans to participate – with a mouth full of Jif: We went to the platform known for music and creation – TikTok. Ludacris kicked off a TikTok challenge inviting all to duet, and we tapped five of the top TikTok rap stars to take on Ludacris with their own PB-inspired lyrics and encourage users to make the Jif rap sound their own.

Instead of replaying the old CPG marketing playbook, we hacked a years-long debate, and by partnering with drivers of culture, moved the hip-hop conversation forward with a brand-new sound that people on both sides could agree was absolutely delicious.

The Lil Jif Project activation surpassed all our objectives. The biggest testament to the campaign’s success is the impact to the business. After launching the campaign, Jif was able to reverse course and gain back peanut butter market share, at the expense of Skippy and private label, despite being outspent for more than a year by Skippy.

Jif achieved the highest market share in over 10 years and was able to grow, while the category began to contract after a big boost from initial COVID grocery spending.

The campaign successfully fueled interest in the brand, especially among the younger target audience, while remaining inclusive for all generations of peanut butter lovers.

Jif overtook Skippy’s leading share of voice to become more than double Skippy’s share. The brand became a TikTok sensation with people of all ages joining in on the challenge with a mouthful of Jif. Search traffic also spiked with the challenge and continues to rise steadily months after launch, and the campaign successfully increased consideration by consumers.

There was nothing lil about these incredible results:

-Despite a category contraction, Jif boosted share by 3.4 pts at the expense of competitors, giving it the highest category share in over 10 years.
-Jif exceeded the goal by 5 points to completely overtake Skippy and more than doubling Skippy’s share of voice during the campaign.
-A 41% increase in Organic Website traffic was recorded as a result of the new TV/OLV T1 campaign launch in the first seven weeks.

Video for The Lil Jif Project 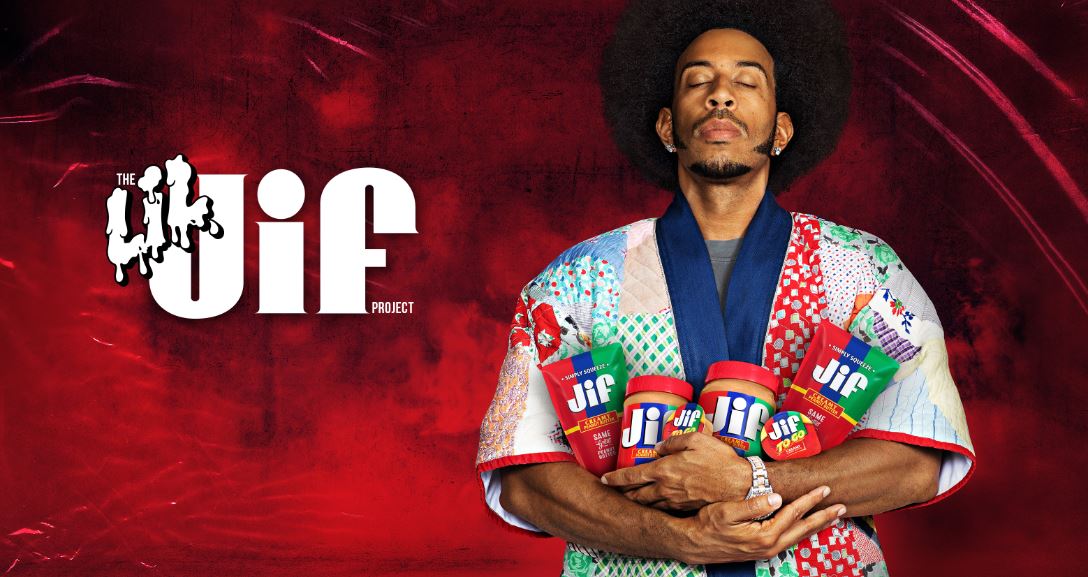