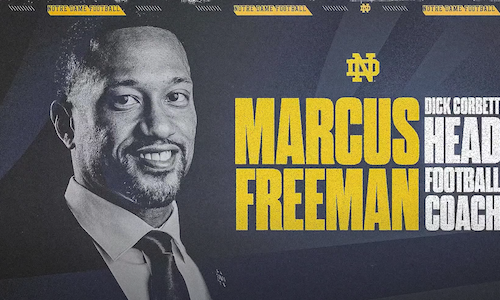 Pete Thamel’s tweet reporting the departure of Notre Dame Football head coach Brian Kelly – the winningest coach in program history – for a record-setting contract at LSU was the tweet heard ‘round sports.

Immediately following this public and notable transition in the football program, Notre Dame Athletics owned the narrative surrounding Kelly’s departure and the hiring of head coach Marcus Freeman, igniting the advent of the #FreemanEra. The department’s social media content, led by the efforts of Fighting Irish Media, was best in class and leveraged all opportunities to own the news cycle.

Kelly’s shocking and unexpected departure created a significant crisis strategy response from the Notre Dame Athletics team, yet created an opportunity to meet the moment with uniquely Notre Dame content and an unparalleled strategy to connect the fan with the new head of Irish Football.

By placing key narratives at the forefront, embedding content creators within the rooms where decisions were being made, and humanizing a relatively unknown head coach, Notre Dame was able to own the news cycle consistently for a seven-day span and implement a media plan marked by authenticity and humanity.

In a seven-day span, Notre Dame consistently led the news cycle – creating and implementing a media plan marked by authenticity and humanity. The morning following the reports of Kelly’s move, Athletic Director Jack Swarbrick held a press conference carried live by ESPN. In contrast to other schools where head football coaches had left and simply put out formulaic statements, Swarbrick took questions from the media, appearing on Peacock, NBCSN, and SportsCenter.

Hours following Swarbrick’s press conference, Notre Dame announced the return of strength coach Matt Balis – the first key returner on the football staff – in a video posted on @NDFootball social accounts that was organic, raw, and featured an emotional Balis telling the team, “this is where I want to be; I want to die here.”

That evening, Notre Dame Athletics strategized a timely announcement of Marcus Freeman’s hire. Every choice during this time was intentionally made to humanize Freeman and give fans unparalleled, embedded access. From selecting an announcement date ahead of conference championship games to placing Freeman on the college football pregame shows to embedding creators within the team to capture historic moments, the moment was met with unparalleled access.

Notre Dame was not the only collegiate football program to announce a head coaching hire that week. When compared to the content and announcement at both Oklahoma and Southern California, Notre Dame’s announcement and content plan was professional and demonstrative of its commitment to humanize its new head coach and share that access with the fans.

We opted for organic capture rather than polished graphics. We showed coaches and players together, captured raw emotion, captured real and passionate moments like the manner in which Balis introduced Freeman.

When we were able to capture Freeman alone, we showed his humanity and his humility. We chose to seat him in the bleachers to measure his blue-collar relatability, the camera purposefully kept at eye-level.

For the press conference, we showed “community,” both the feeling of belonging and the literal sense of the word, with the entire football team present for the event. Talent was leveraged to make the moment special for all and to show top-down support as our University President John Jenkins, Director of Athletics Jack Swarbrick, and former Notre Dame and NFL quarterback Brady Quinn led the welcome.

We specifically avoided camera shots that just showed a step and repeat background and a podium. We chose to showcase a space and an event that delivered emotion.

A crucial piece of the promotional puzzle was our integration of our marketing team. Coaching announcement emails were sent to season ticket members of the 2019 and 2021 season attendees and students. Banner ads were placed to run on und.com along with app push notifications. These efforts were placed in order to amplify, not intervene, the overwhelming support we received from fans.

A #FreemanEra T-shirt was created to rally for student-athletes and celebrate a new beginning by making a gift of $100 or more to the Rockne Athletics Fund – the Athletics fundraising arm – to claim a T-shirt. Sold exclusively through digital, based on a phrase fans connected to authentically, the #FreemanEra shirt connected fans to the moment and ended up making $200,000 to be donated to the fund.

Notre Dame leveraged the coaching hire to provide a 360 media experience for Notre Dame fans and beyond. A Twitter account was launched for Athletic Director Jack Swarbrick, his first tweet welcoming Coach Freeman and amassing over two million impressions.

Notre Dame Football social channels garnered 7.7 million video views and 11,200 followers. Coach Freeman’s accounts were also strategically active during this time, amassing 3.8 million impressions on his first tweet as head coach, as well as an additional 43,500 followers in one week.

Notre Dame Athletics’ website saw 2.01M page views, the third most pageviews on und.com since football’s 2021-22 season opener. Fighting Irish Mobile app drew in over 32,000 users, the most for a weekend this season. Over 180,840 minutes watched and nearly 750 app installs were the figures drawn during this period from the nearly one-year-old OTT app, Fighting Irish TV.

This success was shown very clearly through the fans’ reception to the content. In November of 2020, No. 4 Notre Dame defeated No. 1 Clemson in the most-watched college football game of the season, earning the Irish 23.5 million impressions during the entirety of that month. In comparison, just the seven-day period from Brian Kelly’s departure through Marcus Freeman’s introductory press conference generated double the impressions with 46 million. 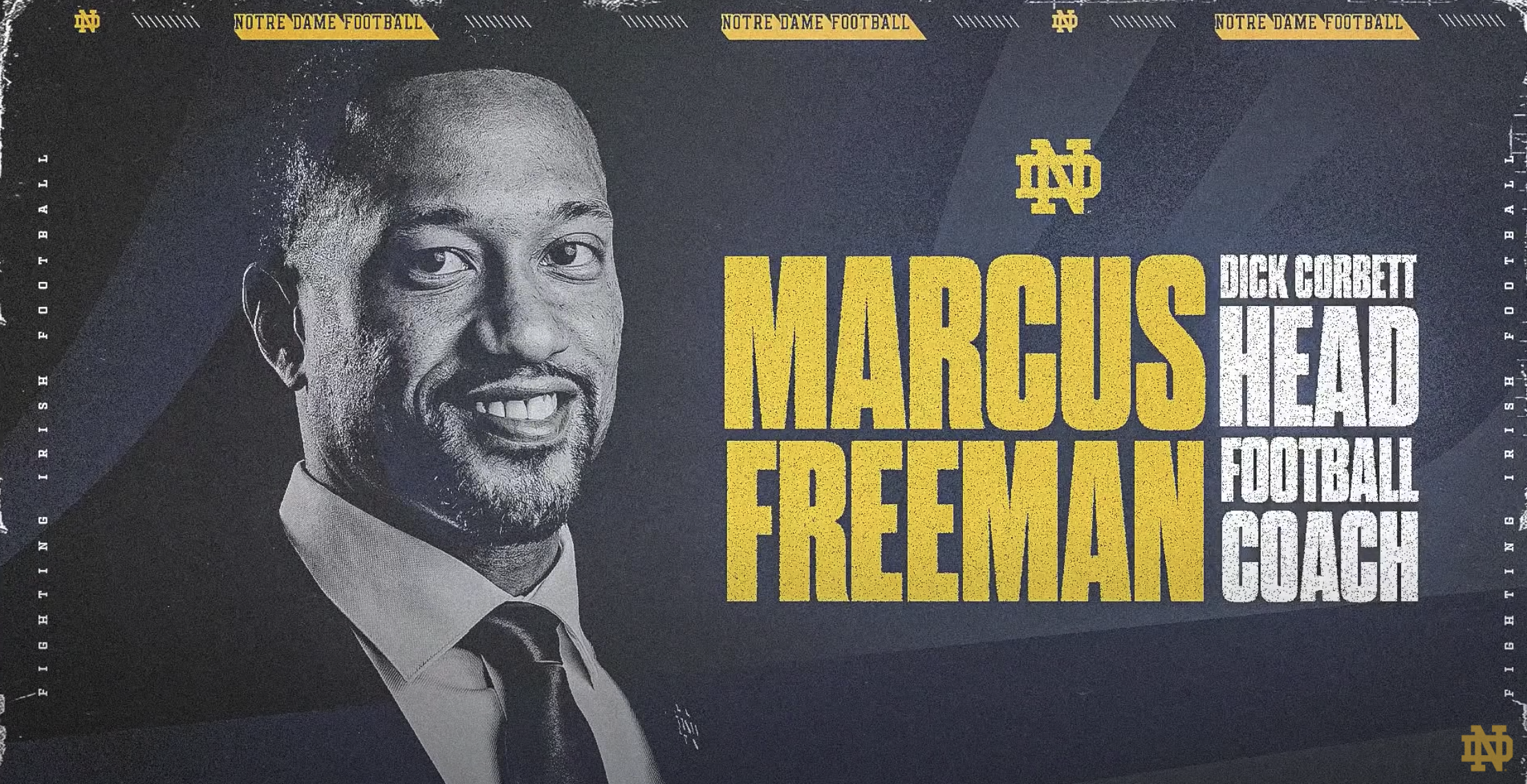