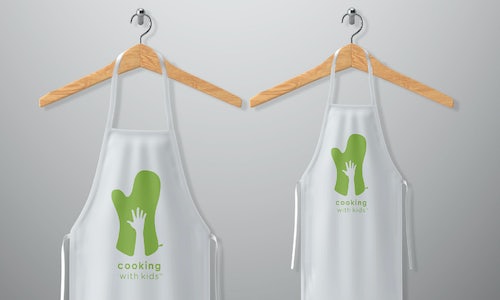 The BIG little Project was designed to bring community awareness to Cooking With Kids (CWK). For 25 years, this nonprofit has educated and empowered children in Santa Fe and northern New Mexico to make healthy food choices.

DocuFilms built the campaign around a ‘Red Carpet' movie premiere to build social media buzz and excitement around the screening of a new film, photo exhibition and magazine.

Our mission was to highlight photographs of local Santa Fe ‘Superchefs’. From the start, chefs have been an integral ingredient to the success of Cooking With Kids. The Campaign set out to showcase the chefs who joyfully volunteer their time to Cooking With Kids. And, being a fine dining destination, the chefs of Santa Fe are celebrities in their own right. Their participation was an invaluable resource in building local awareness of a worthy cause.

Since the focus of Cooking With Kids is well, kids and cooking, it was a natural fit to highlight the most well known Santa Fe Chefs, ‘BIGs' and the kids in their lives, ‘littles’.

Nationally renowned (and local resident), photographer Gabriella Marks shot fun and loving BIG/little portraits over a period of a year. They beautifully depict the joy of cooking between the Big Chefs and their Little Chefs, which aligns perfectly with the mission and strategy of Cooking With Kids.

A ‘movie trailer’ was created and distributed on social media to build awareness for the real life event. The CCA, a local arts movie theater, was booked for the screenings. In addition, 28 of the portraits were hung in the theater’s gallery and a BIG little Project magazine was created to be distributed to attendees at the premiere, as well as local restaurants.

At the core of the campaign was a short film that tells the story of Cooking With Kids though interviews of the chefs who spoke about their reasons for participating in the BIG little Project. Together, they brought to life CWK’s mission, methods and contribution to Santa Fe and northern New Mexico.

Building excitement for a nonprofit organization celebrating their 25th year was challenging, but this campaign struck an emotional chord with the people of Santa Fe. We had a ‘sold out’ crowd that required two screenings to accommodate the overflow audience. The local buzz leading up to the premiere was tremendous and earned multiple mentions on social media, TV, radio, print and local podcasts. Although awareness was the primary objective, a robust infusion of donations and requests to volunteer were also received.

What’s more, the campaign lives on. Several of the chef’s restaurants produced paid advertising for Cooking With Kids and hung branded photos of ‘The BIG little Project’ where diners can see them. And of course, as a permanent section on the Cooking With Kids website.

Video for The BIG little Project 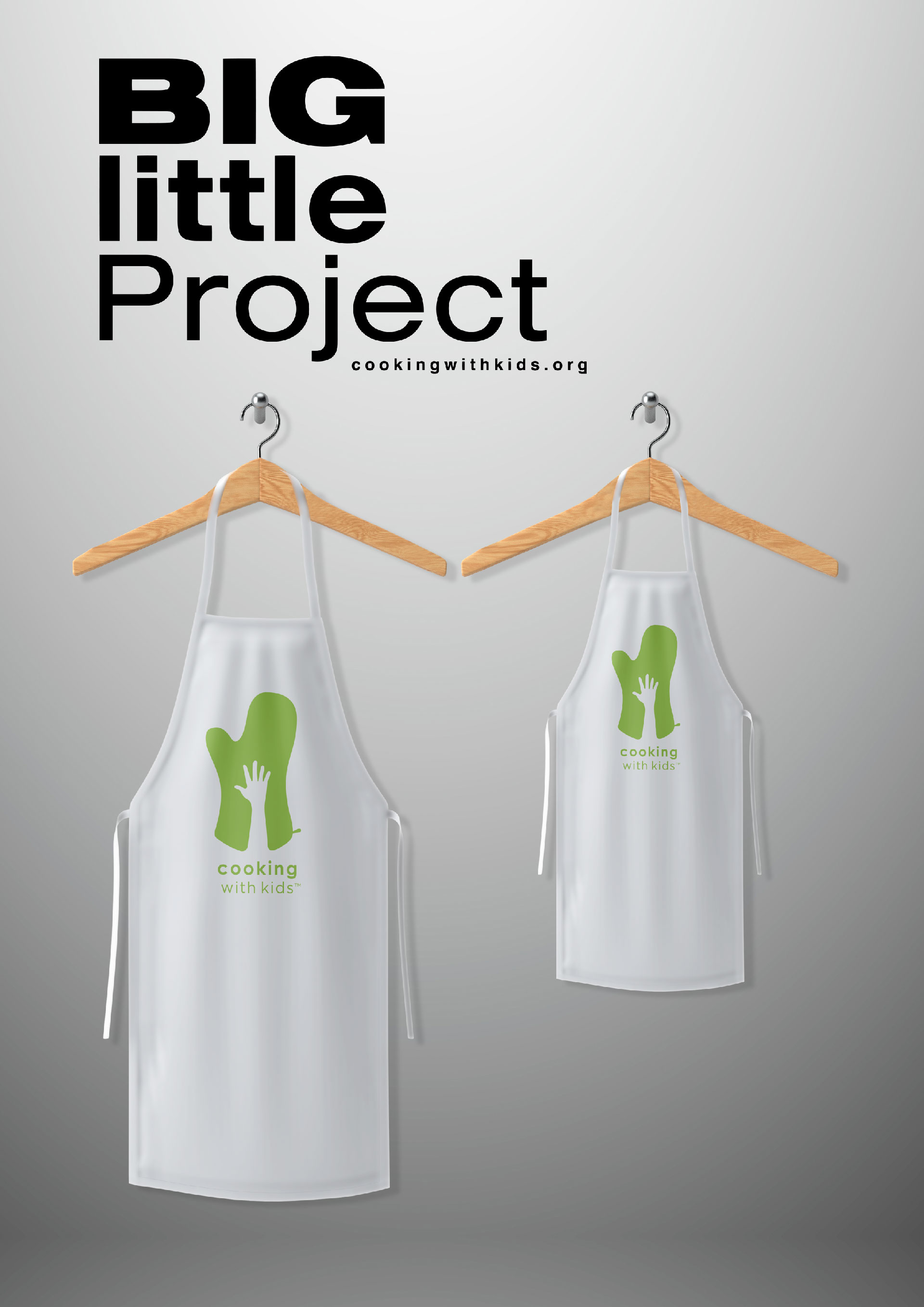 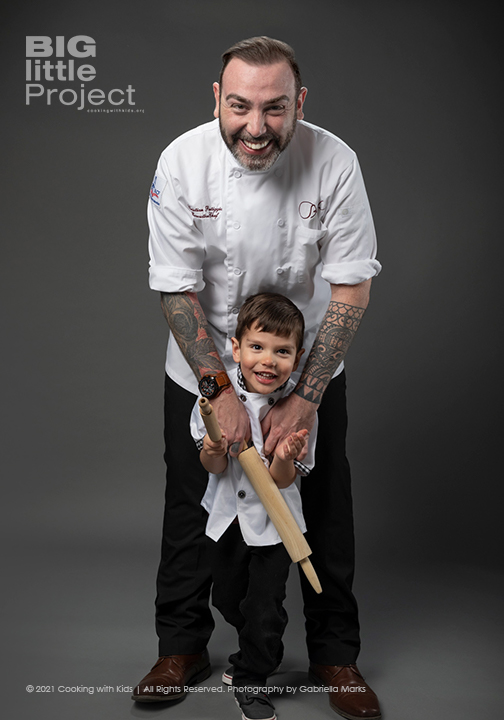 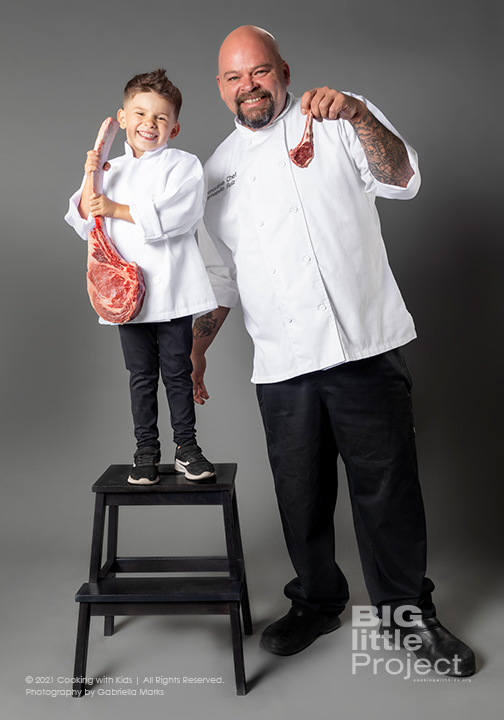 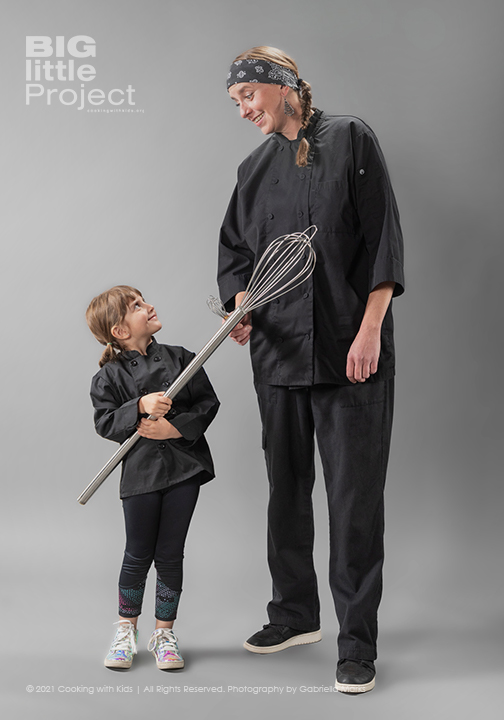 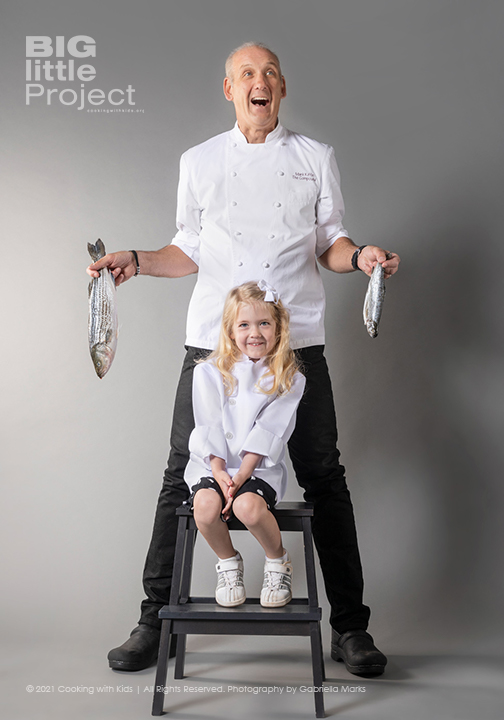 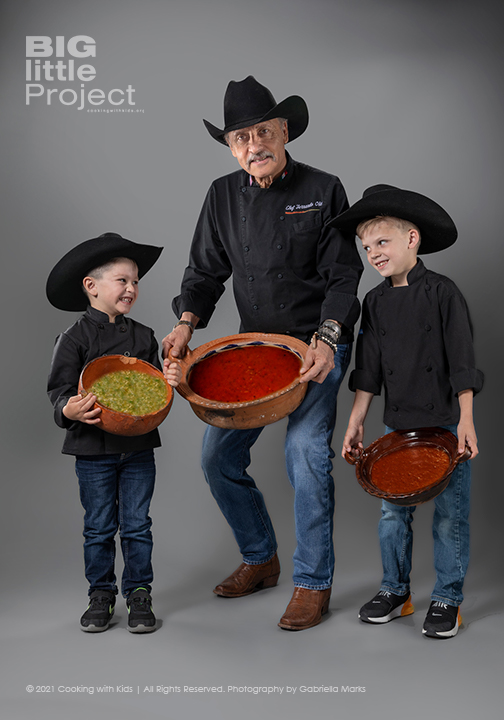 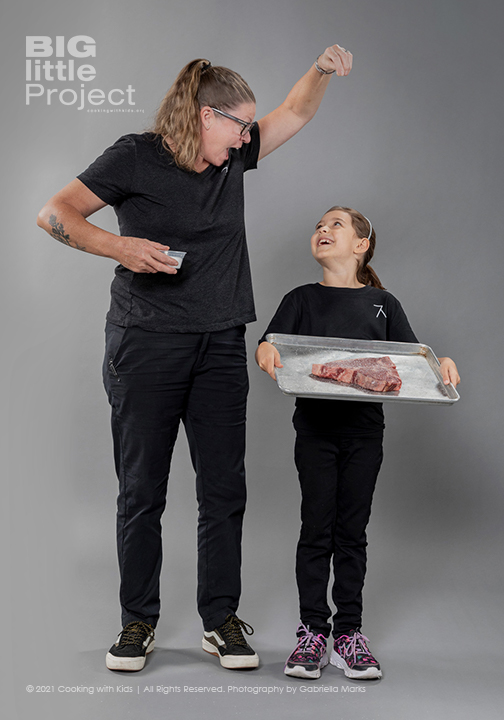 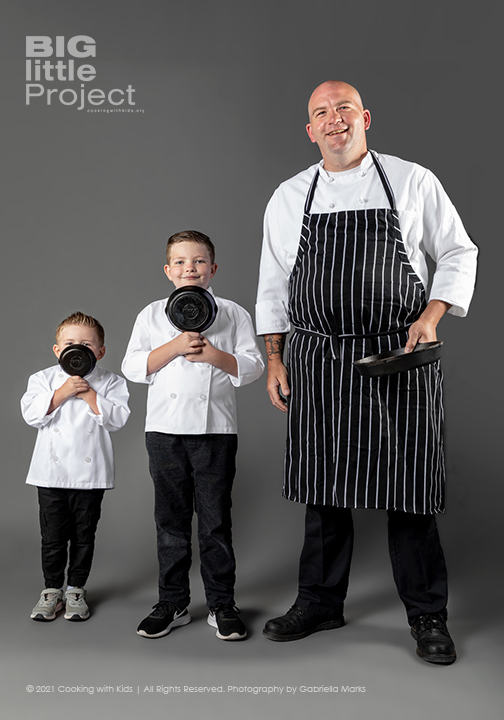 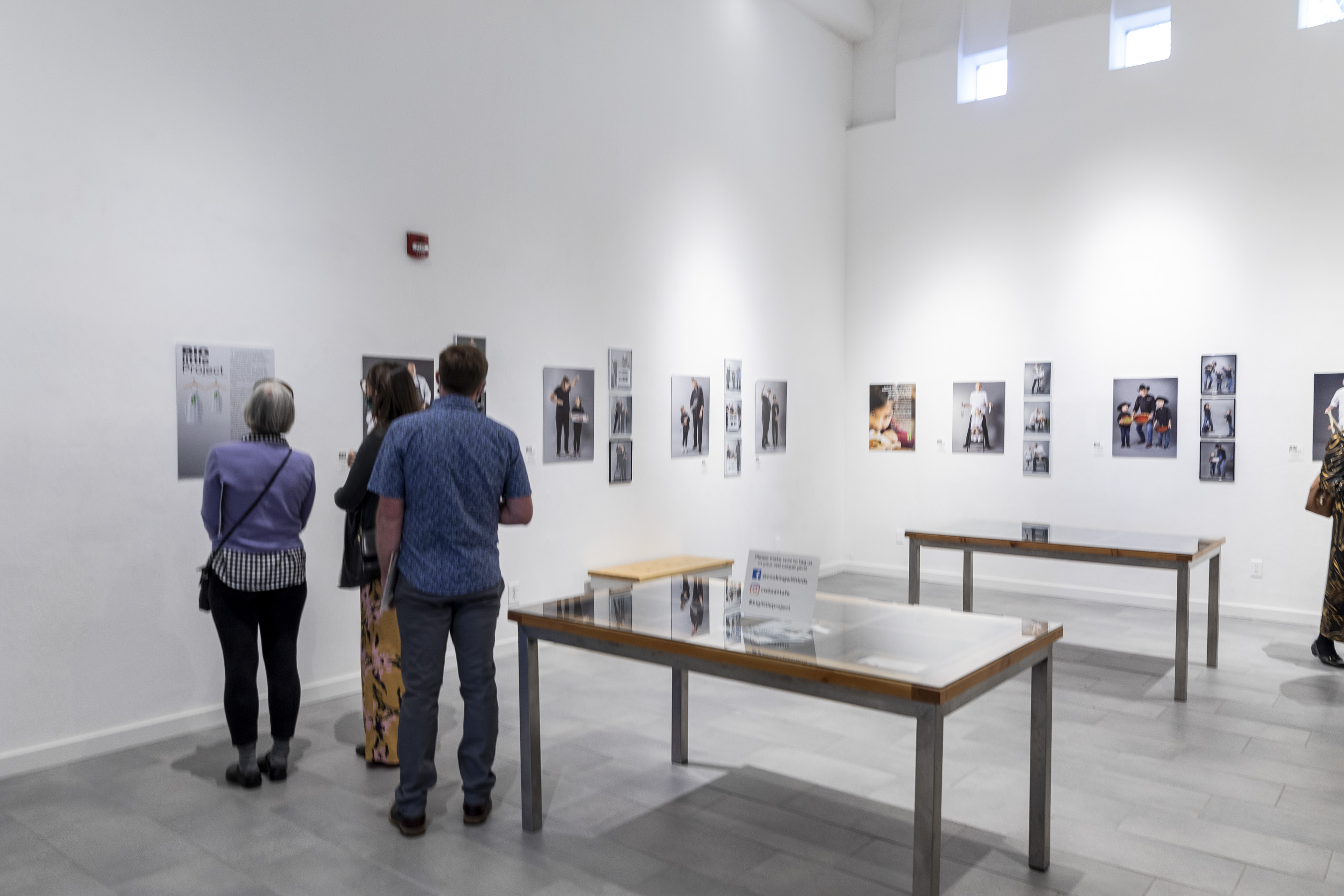 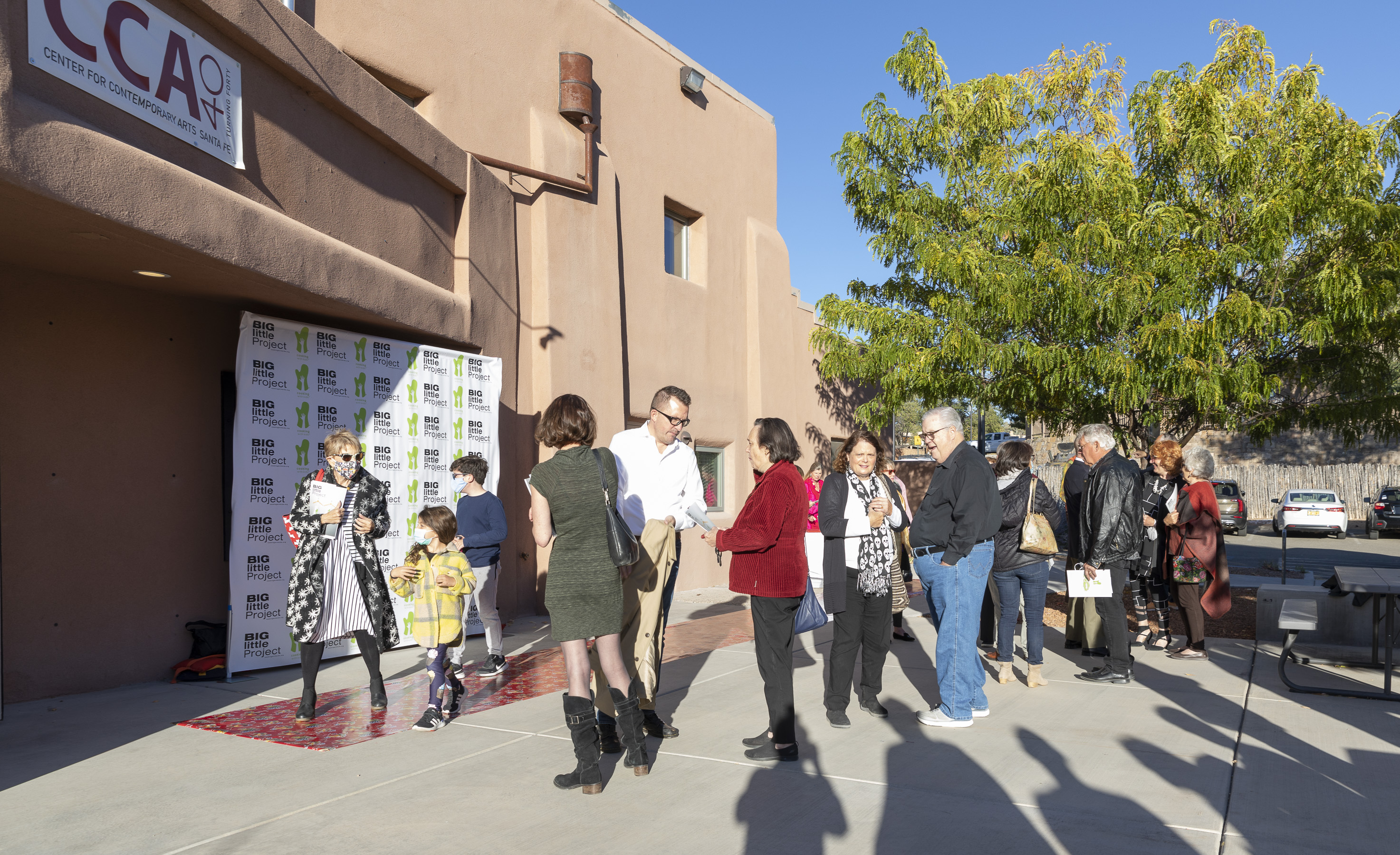