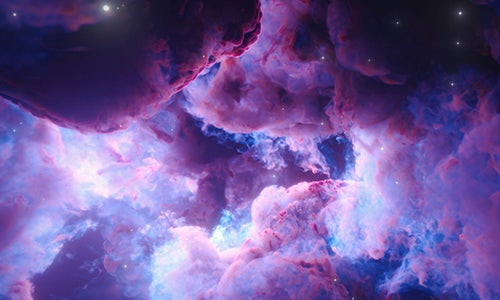 We had to make the United States Space Force real for people. Visceral. We needed them to understand what we do and how critical it is. It’s not ray guns and aliens—and it is not easy. We don’t explore space. We protect exploration and our country’s freedom to operate in space. In the early days, all we had to worry about were astrophysics and rocket science. Today, we track over 30,000 objects orbiting at 17,500 miles an hour. Every battle on this planet and our entire way of life depend on space, and those satellites are under attack every second of every day. Space is hard.

The Space Force brand is in its infancy. Many Americans still don’t understand what it is, why it exists and the important role Guardians play in protecting our daily, modern life. We needed a campaign that would make it abundantly clear why we now have a Space Force, shedding light on both the mission and the challenges that come with the space domain.

It was important that we establish the fact that Space Force represents the ultimate challenge, both for mankind and for recruits. Combining the physical demands and leadership challenges of military service with the intellectual and academic requirements of the space domain—it’s not for everyone. And today, much of what the Space Force does is classified, making it particularly difficult to build awareness, credibility and understanding of the first new branch in 40 years. To accomplish this, we showcased General Raymond, an exceptional man with decades of space defense and currently the highest-ranking official in the Space Force. He proves that we are energized and not intimidated by the mental, physical and existential challenges of space. For young people who are up for it, Space Force is the highest bar you can set for yourself.

“Space Is Hard” premiered at the 36th Annual Space Symposium and was subsequently incorporated into our paid media plan via broadcast TV, a YouTube masthead partial takeover and pre-roll across high-profile websites targeting USSF primary audiences and paid social.

We also used “Space Is Hard” as a launchpad for dedicated Space Force recruiting social channels to further drive maximum interest, engagement and impact as well as leveraging existing USSF and USAF partnerships to further drive interest and engagement.

The end result was a campaign and a social launch that helped to establish the Space Force as a critical new service branch, a first-of-its-kind, digitally dominant, innovative force that’s in need of young problem solvers who are inspired by the mission to protect both space and Earth.

The dedicated Space Force social-recruiting accounts launched a few days prior to the premiere and, although still in their infancy, were able to garner 47,897 impressions and 282 engagements in the first 24 hours.

Video for Space Is Hard 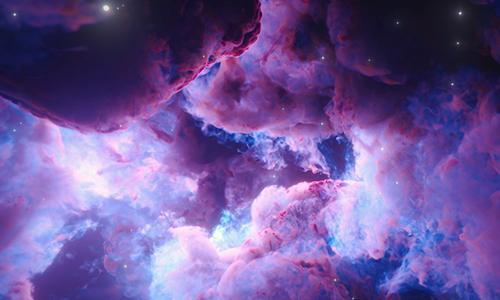 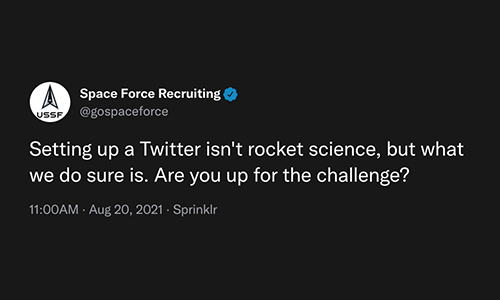 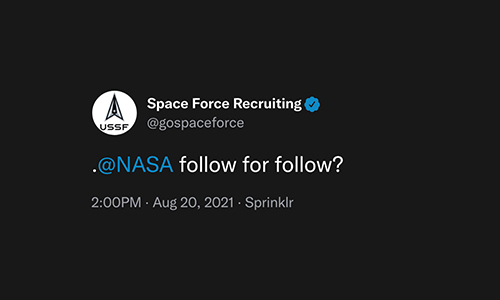 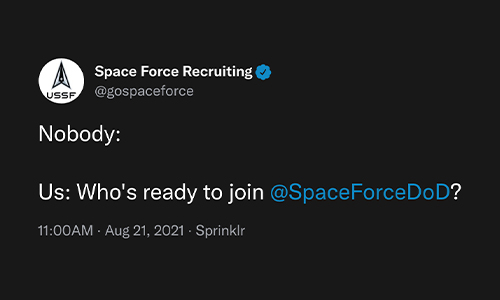 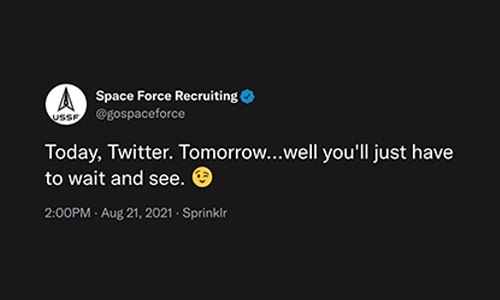 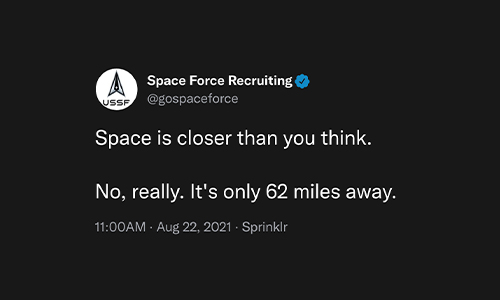 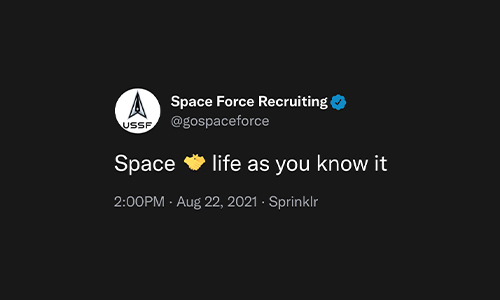 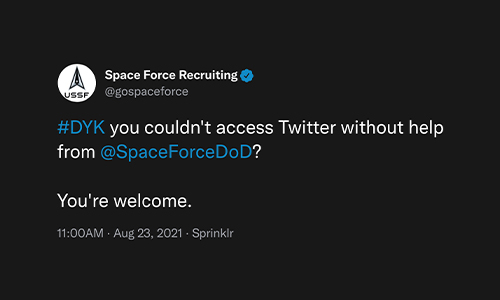 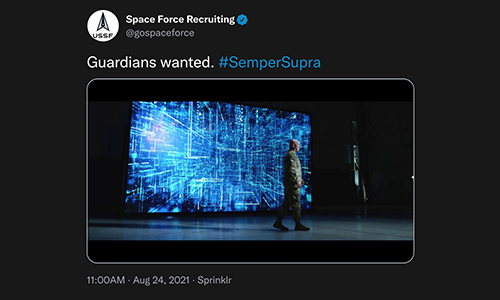