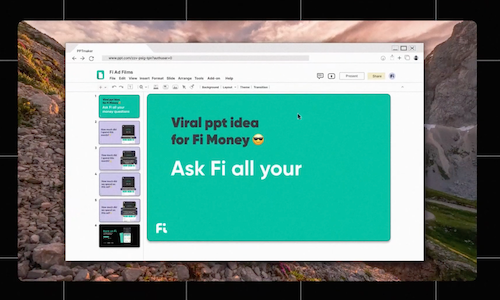 The world’s first IPL ads made on Google Slides

In India, millennials don’t look at banking as an exciting product. The category, in general, has been riddled with legacy problems and while they’ve kept up with the times and launched banking apps the UI, experience and offerings are far from what today’s millennials need. So to put it bluntly, millennials who spend hours researching the smallest of things before they make a purchase don’t care about banking. They are happy with a bank that’s been given to them by their office or a bank that their parents have banked with. Fi is a neobanking app that launched in India in March 2021 with the goal of helping millennials get better with their money. It’s built-in smart tech, has an intuitive UI and features that are customer-centric. The market that we want to tap into stands at 60 million as of today. The problem is that neobanking is a nascent category and has low awareness. To top it all banks have never spoken to millennials in a language they understand and get. Far from engaging users, the red-tapism associated with banking doesn't make users want to engage with them or even interact with them. We needed to get a generation of salaried millennials that live their lives online to take notice of Fi and believe that this banking app would be differentiated. We wanted to show them how and why we’re different from other banks and build trust among them.

In India if there's something everyone loves it’s cricket and IPL is that one season during the year that sees the maximum eyeballs. As per BARC India viewership data, the tournament clocks a cumulative reach of 405 million viewers —out of a total TV universe of 836 million—across 21 channels that Star & Disney India aired the matches on. We decided to tap into this cricket mania that grips the nation and focus only on smart TV because that’s where a major chunk of our audience would be watching the match. The problem though was that these viewers are constantly wooed by a slew of other brands who spend big money on capturing their attention. The entire landscape is cluttered with every brand trying to outdo the other. They pull out big budgets, the biggest of celebrities, the most extravagant sets. Now for a neobanking app that promises to help users save smart and wants to help users get better with their money we wanted to stick to our promise of saving smart. And figure out a way to stand out in the clutter. We decided to skip the tried and tested and challenged every rule in the book out there when it comes to IPL advertising. We decided to take every working professional's favourite tool - presentations and turn it into ads that ran during primetime TV. We spoke to our audience and showed them very clearly in a 20-second presentation how Fi works and what some of our coolest features were. We made 7 different presentations for each of our features. Took some stock footage, stock music, lots of memes, typical presentation animation and someone internally who decided to take viewers through our ads. After 700 different variations and countless rounds of feedback, our presentations were ready to be viewed by the public. The WhatsApp, DMs on Instagram, LinkedIn and Twitter came flooding in. We had colleagues who work at the marketing departments of some of the biggest tech firms like Netflix, edtech giants, competitors writing in. Meme pages across Twitter and Instagram picked it up and word spread like wildfire across social channels. Media channels picked it up and spread the word. A neobank that no one really knew about was right up there with iconic brands like Cadbury when it came to some of the most eye-catching ads that ran during the IPL.

The results were incredible. Account openings during this period shot up by 30%. This is mapping it against month on month growth prior to the campaign running. A huge spike given that the app has a strict screener process that ensures that we have the quality of users over quantity. Organic search results spiked up by 40%, this happening in less than 6 months of the app opening up to the general public. The films had a reach of 123 million +. All this was for a fraction of the cost that most other brands had incurred. We saved on production, sets, celebrities and used tools that working millennials reach out to regularly to make and create this campaign. And that largely resonated with our target audience. 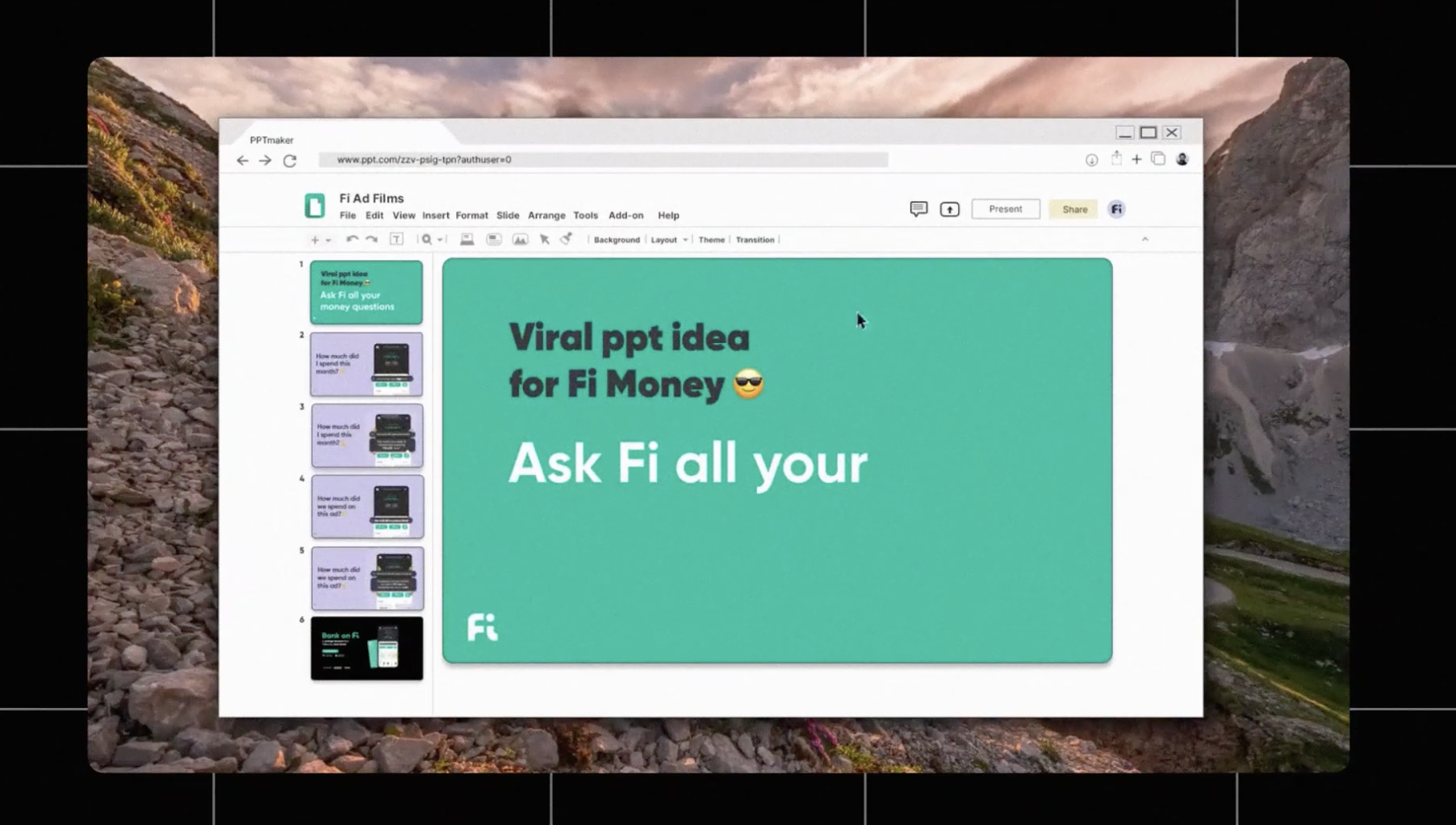