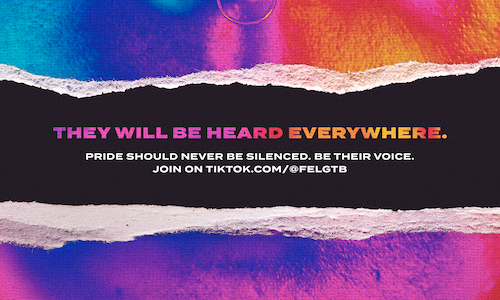 There are currently 72 countries where LGBTQIA+ people are discriminated against by law. In six of these countries, homosexuality is a crime punishable by death.

NGO FELGTB is a 25-year-old Spanish movement, that brings together 55+ LGTBQIA+ entities from across the Spanish territories, to fight for the rights of the community.

FELGTB won’t rest until legal equality and social respect for the LGTBQIA+ community is achieved everywhere.

Due to pandemic lockdowns, the collective couldn’t manifest itself as before, so the FELGTB asked us how we could take the pride that has always been in our streets to those who really need it, but without using our streets.

How do you highlight the plight of people living in these countries when identifying them could lead to their persecution?

Introducing the most important lip sync of all time: #RealVoicesofPride.

We collected oppressed voices from around the world and invited TikTok users to share those voices through their own profiles, lip-syncing to bring them to life.

Enabling the oppressed to speak their truth through the mouths of others made it safe for them to share their real voices for the first time and allowed a worldwide community to stand in solidarity with them. Because pride should never be silenced.

Pride Month is a symbolic event that honours the historical Stonewall riots; a pivotal moment in LGBTQIA+ history. This was the key moment to leverage for campaign impact.

Madrid’s Pride Parade is usually one of the biggest and most important in the world, with thousands of people taking the streets. But the Covid-19 pandemic, meant it couldn’t be celebrated in person this year as it would usually be. So we took to the virtual streets instead. The streets of TikTok.

Using the Lip-sync function on TikTok, we entered a worldwide virtual space where LGTBQIA+ people from oppressed countries could parade freely and proudly express themselves, without danger of persecution.

This also provided us a huge audience to spread awareness and understanding of the rights violations and lack of freedoms in some countries.

We identified real stories by contacting LBTBQIA+ collective advocacy institutions around the world. From there, we compiled the stories in audio and uploaded them on the FELGTB profile on TikTok.

Through a simple button on the TikTok interface, anyone can use the audio from a video to create a new one, allowing people to Lip-Sync on the platform.

We invited some influencers from the LGTBQIA+ collective to join the cause and kick-off the social activation.

Each influencer selected one of our voices and created a video doing Lip-Sync, their videos quickly got a big audience, the algorithm started to suggest it to more people, people started making their own videos... and that's how a huge chain was formed.

The campaign took place during Pride Week, but as the voices are still online. It continues to grow daily.

The campaign ran for one month but is still alive organically. 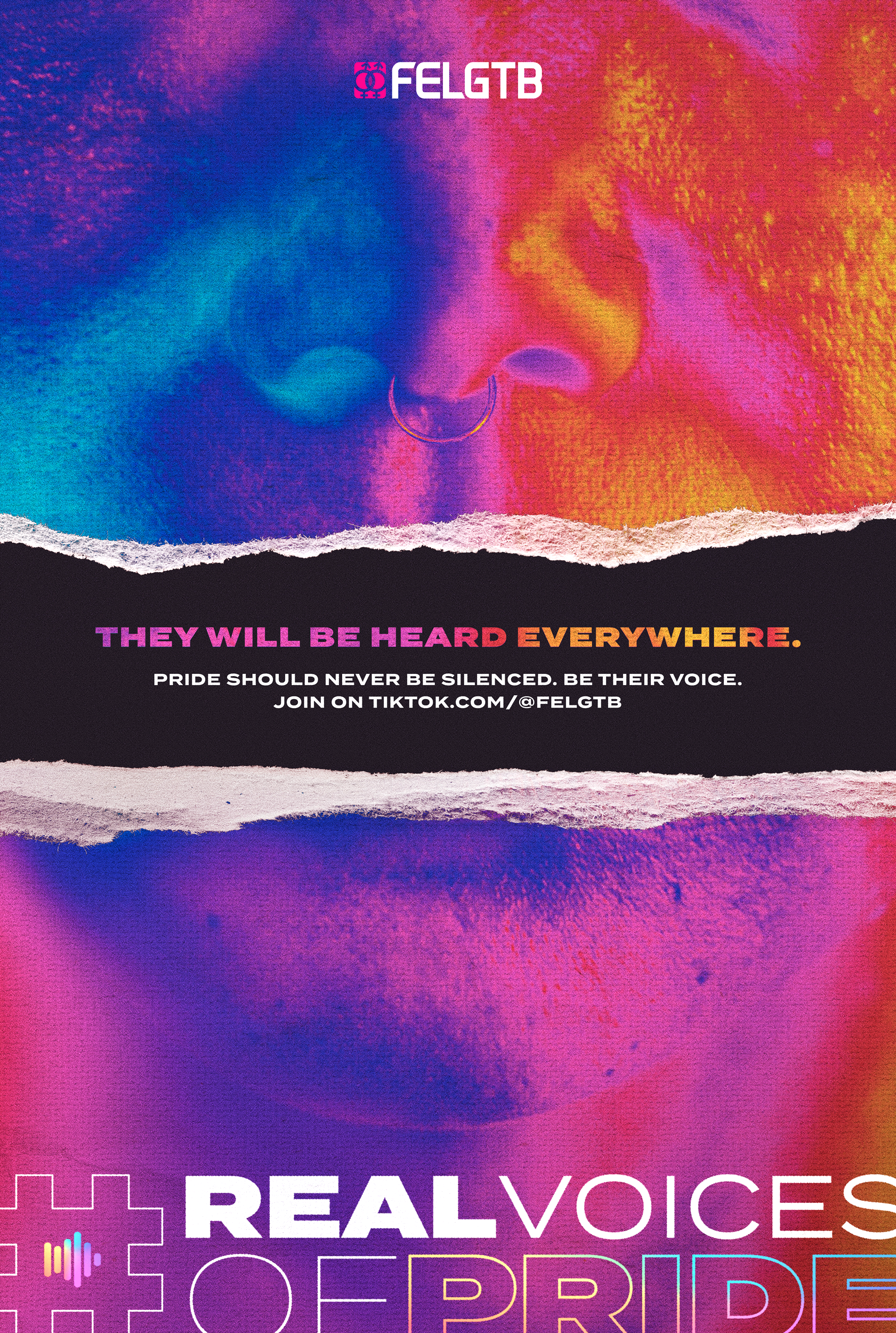