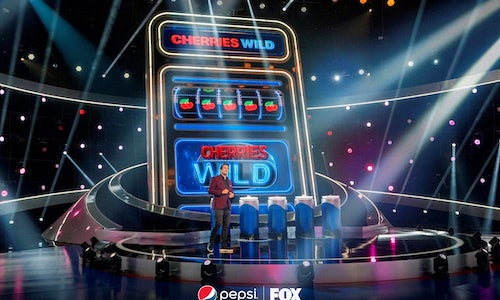 Our objective was to reignite excitement around Pepsi Wild Cherry, an iconic Pepsi flavor that’s been available for decades. To drive awareness and consideration for the brand, we forged an ambitious collaboration with FOX Entertainment that reimagined the traditional game show format: Cherries Wild.

The effect of COVID-19 on media consumption was crucial to understanding how best to reach consumers. Among US TV-watching adults, daily time spent with TV increased by over 9%, and time spent with digital video among US adults grew by 25.4% [SOURCE: eMarketer].

In addition to addressing the rapidly changing consumer habits, we also wanted to ensure consumers and viewers were aware of this partnership.

As a challenger brand with a disrupter mindset, Pepsi’s mission is to create something ambitious, innovative, and a little wild. Embarking on a first-of-its-kind journey to make noise for Pepsi Wild Cherry while simultaneously reimagining legacy media partnership models, we were tasked with the following:

Drive massive awareness and consideration for the Pepsi Wild Cherry, with a splash of the brand incorporated into the gameplay, set design, a custom-built companion app, and (of course) the name.

Create something ambitious, innovative, and a little wild that drives cultural relevance.

Encourage deep fan engagement with the custom-built Cherries Wild app and or viewers to play along with the game show in real time, win prizes, and engage with the brand.

Pepsi flavor consumers are full of a sense of possibility –68% believe life is a game they intend to win, and 63% like to “go big or go home” [SOURCE: Pepsi Flavors Quant Study]. We also learned that 73% of U.S. adults use a digital device while watching TV [SOURCE: Nielsen], and 55% of them play games during this time [SOURCE: YouGov].

To reach these consumers, we needed to create innovative programming that excited and engaged viewers and allowed them to win big anytime, anywhere.

The result: Cherries Wild, a wildly entertaining half-hour game show hosted by Jason Biggs, with a splash of Pepsi Wild Cherry incorporated into the gameplay, set design, and TV’s largest slot machine. But a riveting half-hour of television was only the start – for fans to get in on the action, we created a custom-built gaming app encouraging viewers to play along with contestants on the show.

All elements worked together to create a collaboration bigger than the sum of its parts. More than just a TV game show or a trivia gaming app, each element was part of one cohesive unit that created multiple immersive experiences and opportunities to be entertained, engage with the brand, and win prizes.

Cherries Wild, a pop-culture trivia game show, aired for six weeks on Sunday nights following the highly rated lead-in of NASCAR on FOX. Every episode featured a Pepsi branded “Wild Moment” in which contestants received a bonus spin to win cash or wild cherries, which players needed all five to win the epic $250K prize. These moments put Pepsi front-and-center with a branded on-screen visual and call-out from host Jason Biggs.

To extend brand messaging and drive awareness of the play-along app, FOX produced multiple pieces of innovative commercial-time content that encouraged viewers to play for a chance to win cash and prizes in real-time. This content promoted the play-along app experience and drove further connection with ad adjacencies between the show and the brand.

The custom-built Cherries Wild app’s play-along features supported the in-show Wild Moment and a fast-paced Trivia Rush challenge, offering fans next-level engagement with the show and brand in real-time. For the Wild Moment, one lucky at-home player had a chance to spin the (app) reels and win the same cash prize as the Cherries Wild contestant in the show. For Trivia Rush, the app player with the fastest and most accurate answers also won a cash prize.

Pepsi supported the show with retail displays in over 30,000 stores across the country and QR codes on over three million in-store packages. In addition, fans could try their luck at winning instant prizes in retail stores by using the app to scan unique QR codes on specially marked packs and bottles of Pepsi Wild Cherry.

Pepsi and FOX provided sustained social, digital, and linear promotion throughout the Cherries Wild season and LIVE during each episode.

After almost a full year of social distancing, working from home, and the stress associated with COVID-19, viewers, were hungry for curated programs they could enjoy at a safe distance, especially those that offer sensorial excitement as a reminder of life before COVID-19 [SOURCE: Trendhunter]. Our effort was massive… and Cherries Wild turned out to be a real winner. 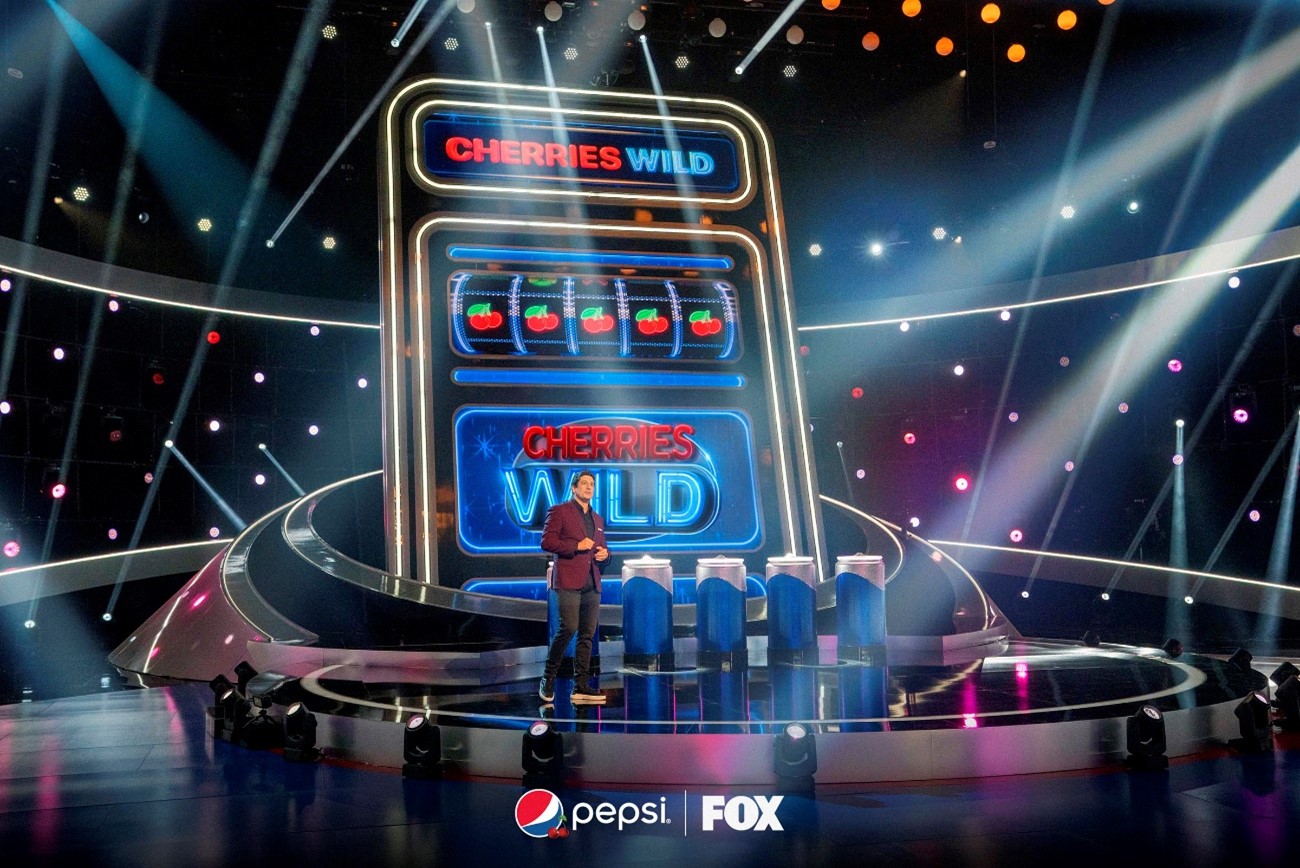