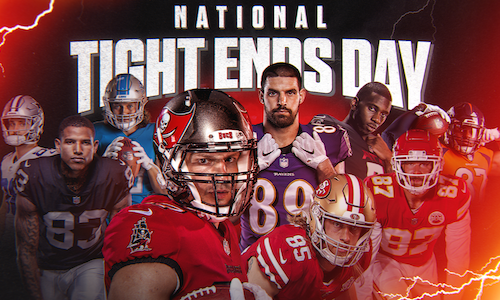 But has anyone ever made a holiday that changed the course and notoriety of a position in sports? We did — right out of thin air — and we had fans, players, and broadcasters around the country celebrating a completely made-up day: National Tight Ends Day (NTED).

We know what you’re wondering. Why? Why do this? Well, because it’s fun and that’s what it's all about? And because we knew we could engage a wide range of audiences by tapping into a position group that holds the biggest and bubbliest personalities in the NFL.

We have 49ers QB Jimmy Garoppolo to thank for National Tight Ends Day, actually. He was overheard by our friends at NFL Films asking George Kittle if there should be a holiday for the tight end position. And just like that, the sacred day was born.

NFL Films approached NFL Social and together we put a plan in motion to make this new holiday the biggest day of the regular season. Ultimately, our goal was to increase player notoriety in the tight end position and connect fans with player personalities on a deeper level through humor and storytelling.

On Oct. 24, National Tight Ends Day was celebrated in every NFL game during Week 7 of the 2021 season, touching the entire NFL ecosystem: across social media, broadcast, OOH, digital. From players and Clubs, to broadcast partners, colleges, fans, and even influencers.

Not only did the hashtag trend nationally, but fans and celebrities outside of our game honored the day. Lebron James even tweeted about it!

To accomplish our goals, we tapped into our entire ecosystem. NTED was celebrated and recognized across the industry with dedicated segments on the biggest broadcast shows, including CBS, ESPN, NFL Network, RedZone, NBC, FOX, Nickelodeon, and Good Morning Football, both pregame and in-game.

To encourage the football world to celebrate, we provided all active TEs, 32 clubs, legends and our college football partners with custom NTED profile logos and official NTED t-shirts. Shirts were worn across the league during weekly pressers and pregame warm-ups with one simple message: Block. Release. Catch Spike. The offiical motto of NTED, which paints a picture of what TEs do: everything!

To promote the holiday and create conversation, we produced seven original content pieces. The leading piece of content was the Tight End Creed, which featured 19 current tight ends expressing their pride for being a TE in a tongue-in-cheek tone. NFL Films also put together a feature on the origins of the holiday, which aired on FS1 and NFL Network.

Partnering with players was key for the holiday to be successful. We started early at George Kittle’s Tight End University camp in July so that we could proactively capture content for NTED. This was a major touchpoint with the biggest tight ends in the League and ultimately led to the increase in participation in the holiday. In total, we had 51 tight ends post about the holiday which was a 292% increase YOY.

Leading into NTED, we leveraged our O&O social channels @NFL,@NFLThrowback, and @NFLFilms. To connect fans with player personalities, we used historical content and mic'd up moments to showcase the best TE moments of active and retired players. We also prompted fans to flex their fandom with TE Trivia and two social prompts to thank a tight end and who is Tight End University? Partnering with clubs, colleges, and influencers in these prompts allowed us to reach new audiences and engage a wider group of fans with the holiday.

On game day, all the pre-promotion proved to be a success. Players warmed up in their shirts, NFL Films and Clubs mic’d up their starting tight ends, and touchdowns were celebrated across the league. The campaign hashtag trended on Twitter that day, along with four tight ends based on their on-field performance.  The only negative sentiment on social was around how many times the broadcast announcers mentioned the term "National Tight Ends Day." Which for us, seemed like an organic win.

Not bad for a made-up holiday! 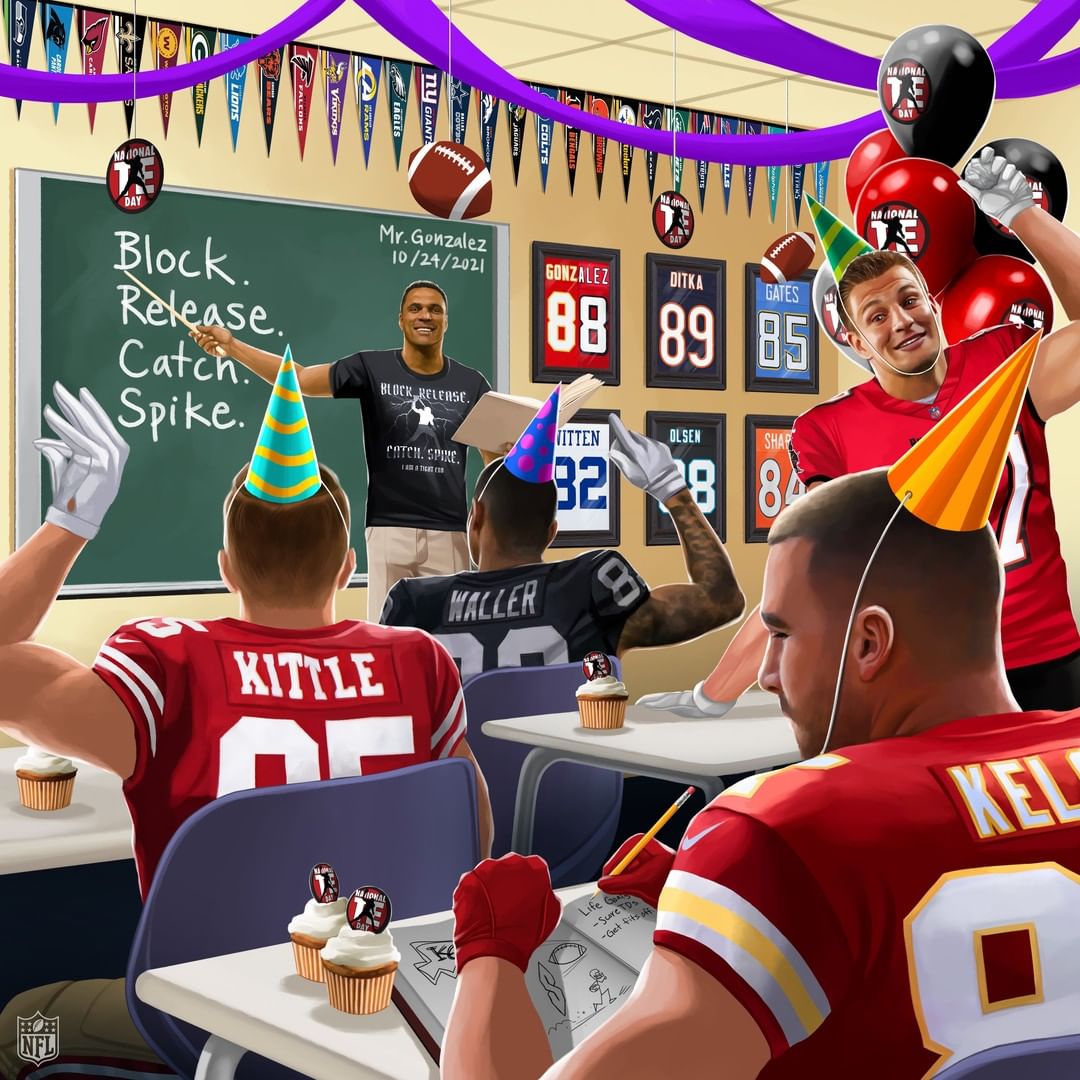 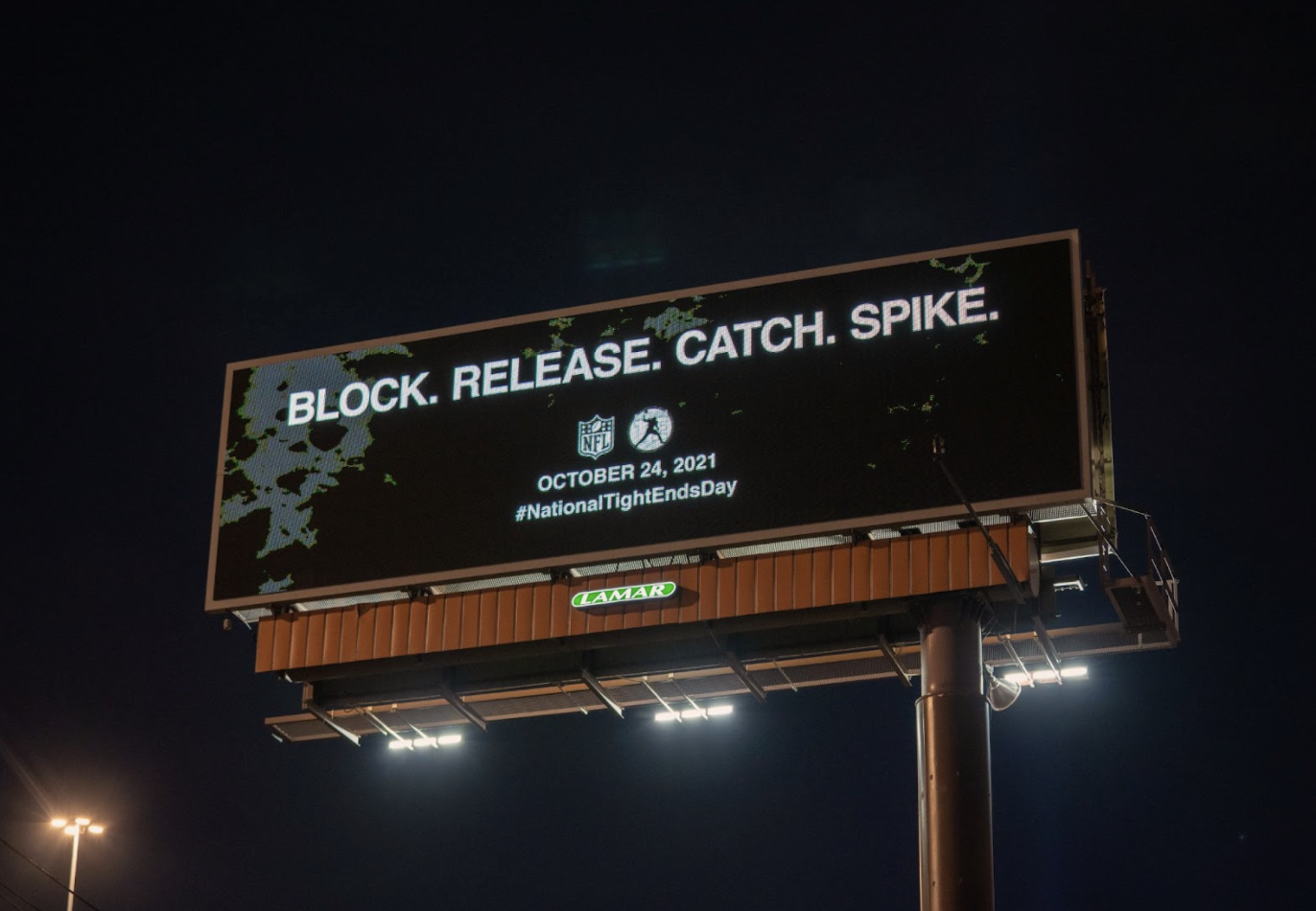 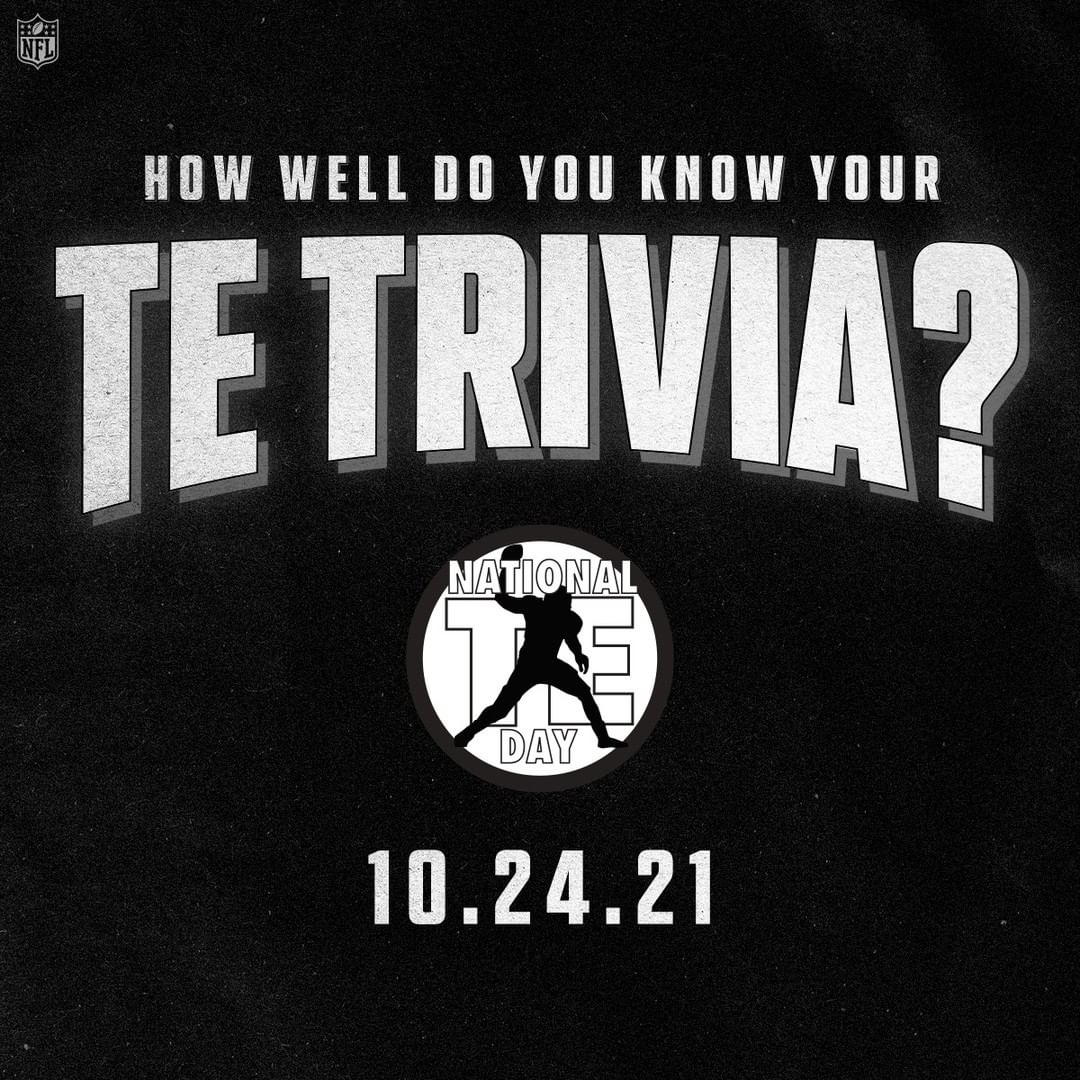 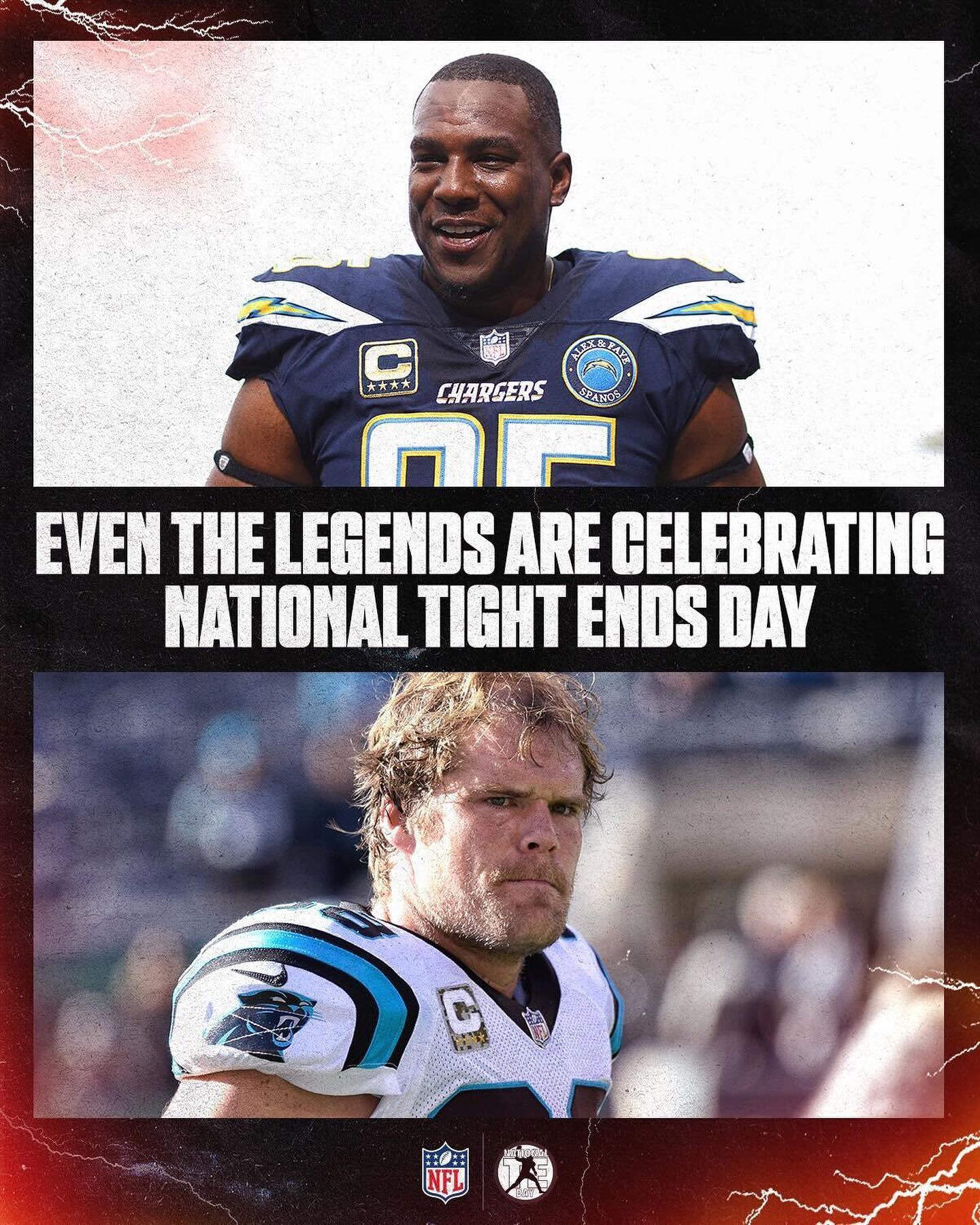 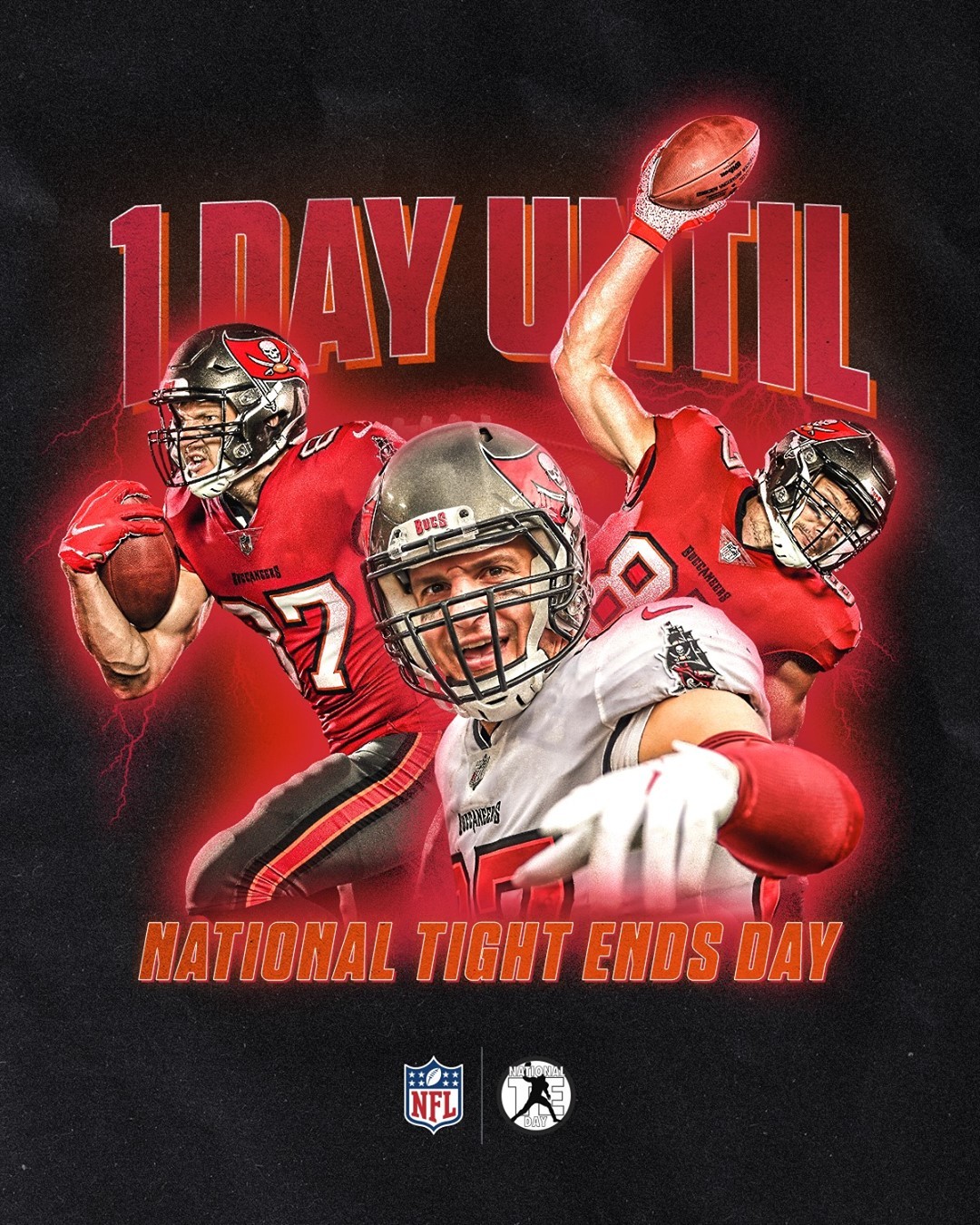 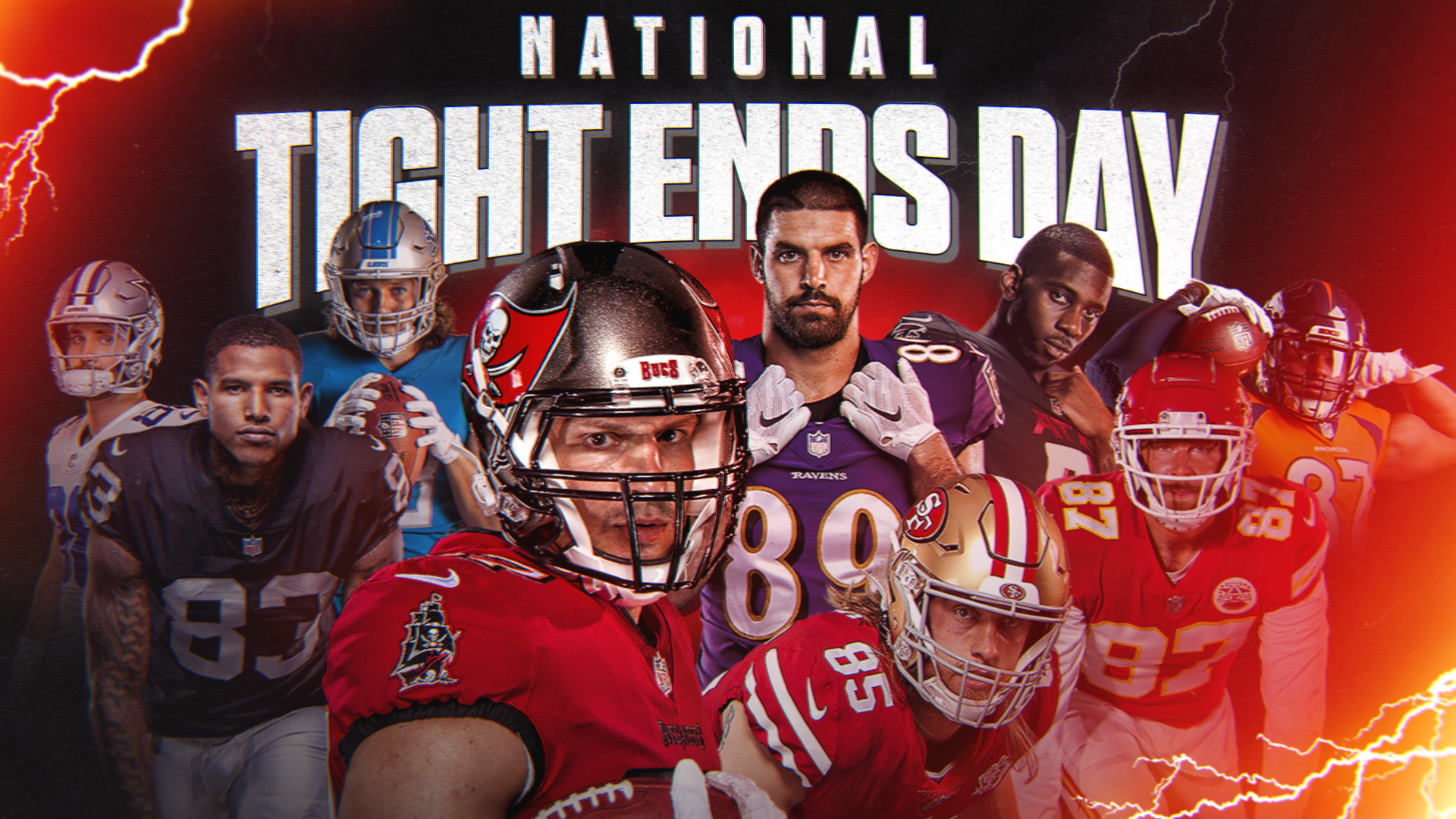 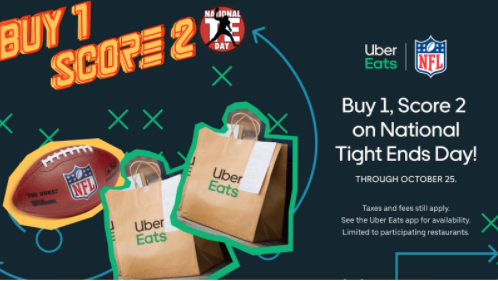 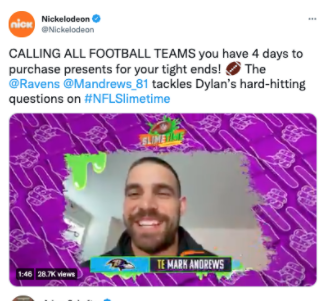 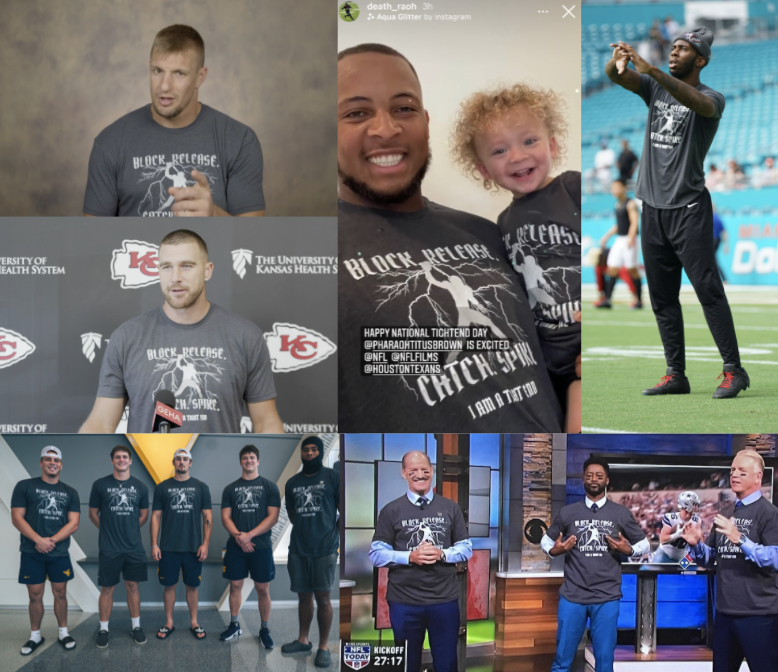