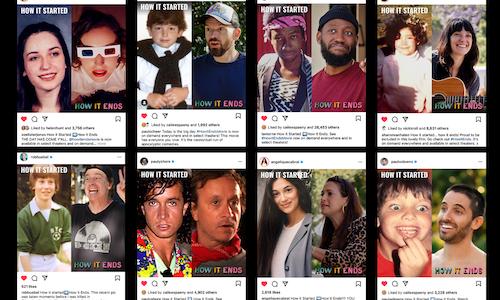 MGM Studios | How It Started → How It Ends

The breakout Sundance film, How It Ends, starring Zoe Lister-Jones, was set to release in the summer of 2021 and with the movie being both filmed and release completely during the pandemic, we wanted to find something that would tap into an online trend that was easily identifiable, while also still being fun and interesting (and not overdone). That’s when we found How It Started vs. How It’s Going.

In the summer of 2021, a trend took hold of the internet called “How It Started vs. How It’s Going” where users would pair two photos with the text to show how something started, ie. a relationship, and how it is currently going.

If you haven’t seen the film, *SPOILERS AHEAD* it’s a lighthearted take on the last day on earth - everyone is going to a giant party before a meteor destroys them all! Our main character wanders through the day, checking off regrets, as she is accompanied by her teenage younger self.

In keeping with the lighthearted nature of our film and the name of our film, How It Ends, we created a similar concept based on the popular How It Started vs. How

It’s Going trend, which we called “How It Started → How It Ends.” For the cast, we created an image from their “younger self” (How it Started) alongside an image from the film (How it Ends).

Upon release of the film, the cast members posted their  “How It Started → How It Ends” photos. 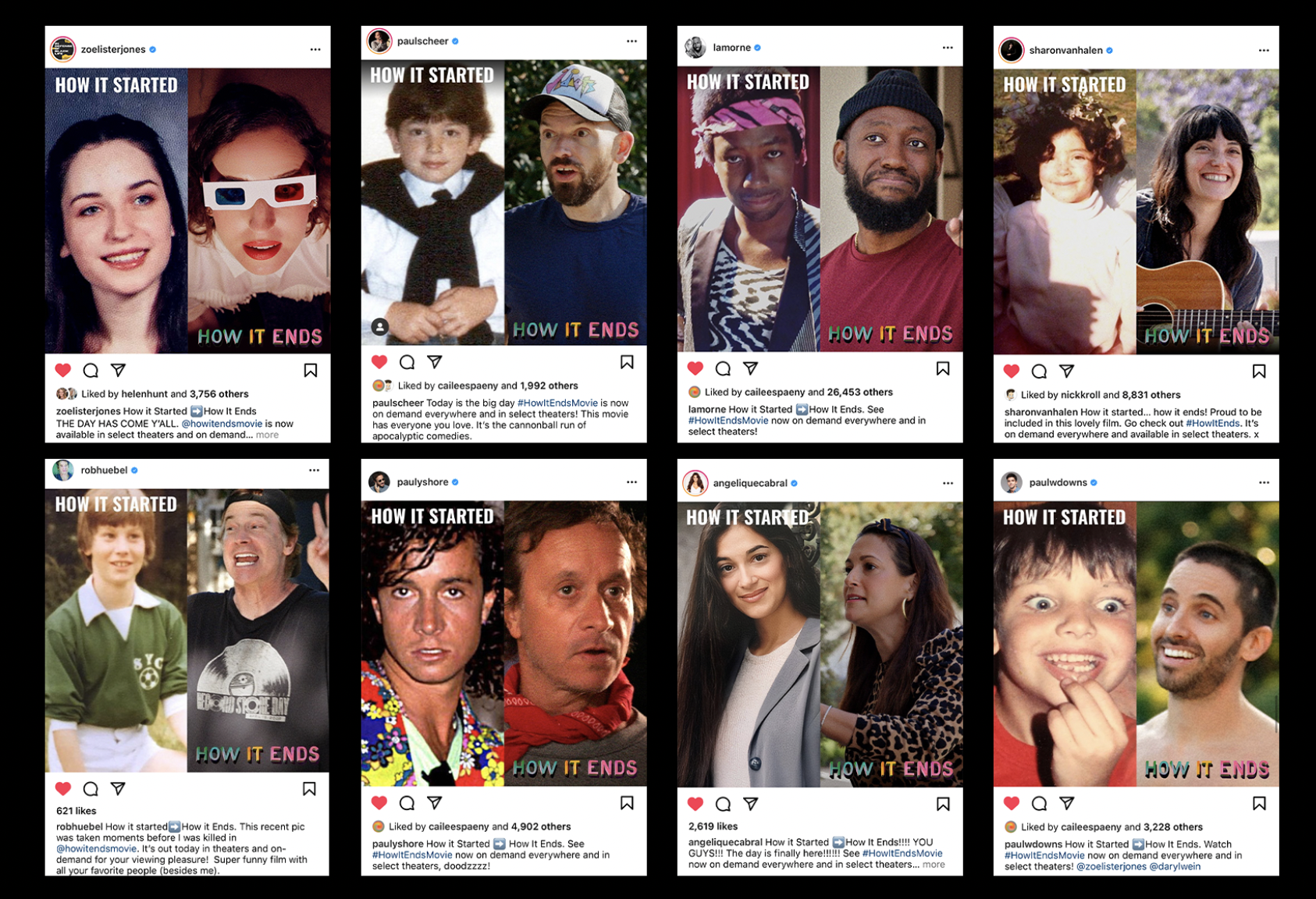