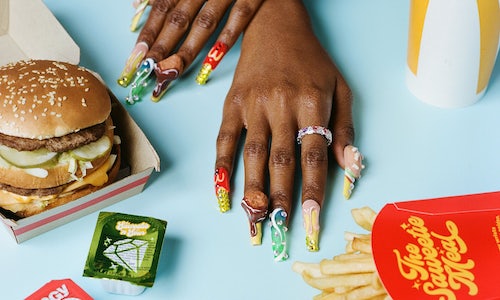 For this partnership with McDonald’s, we were tasked with driving awareness and drumming up interest for the release of McDonald’s latest Famous Tray release curated by rapper Saweetie in a way that resonated with her and the Latinx audience.

Acrylic nails have been a long-time fashion staple in hip hop culture and something Saweetie is known for. Outrageous nails are no longer a passing fad, but they have become an essential part of pop-culture as wearable art and something that is also deeply connected to Latinx urban music with artists like Rosalia sporting them on the red carpet, in music videos and even on social media.

Our goal was to connect with our audience through their love of style and unique nail art, crafting a custom nail set inspired by the Saweetie meal at McDonald’s to create content that was sure to stand out in social media feeds.

Tapping into this culture observation, we set out to develop a custom set of nails with nail artist, Juan Alvear. He creates work that by nature is not meant to subtle. In fact, his surreal sculpture nail creations always add a touch of over the top––it’s one of the reasons Alvear has a growing fan base even with those who may have never before found themselves interested in a manicure motivated feed before.

We tasked Alvear to use his creativity to develop a nail set inspired by Saweetie’s go-to McDonald’s order: a Big Mac, 4 piece nuggets, fries, bbq sauce, sweet 'n sour sauce and a Sprite. He played with texture and color to create a 3D nail set.

We filmed his process of creating each nail and how it was inspired by McDonald’s product to develop a tutorial and social cutdowns to drive fans to learn more about this ultra-unique nail set and see the artist at work.

Our photos were featured in an editorial article about the making of the nails, as well as on social media on our own pages and on Alvear’s.

The result was a highly engaging campaign that had fans stopping on their feeds to take a look at this larger-than-life custom nail set. We broke benchmarks across the campaign from media click through rates (4x benchmark) to the custom content itself. Our editorial article featuring the photos and video saw 3.2x our standard session duration for editorial articles, showing that our audience really took their time to read through the article, look at the photos and watch the video (all surrounded by 100% SOV ads for McDonald’s on the page).

We also over delivered on our impressions goal by 32% during our flight and saw a ton of an engagement in the comments on our post and on Alvear’s. His Instagram carousel post of the nail set saw comments on fire (literally, full of fire emojis) and even with brand mentions showing the connection to McDonald’s was strong.

It was also exciting to see that though our audience skews more heavily female, 46% of our views of this content was by men showing that even they thought our nail set was worth checking out! 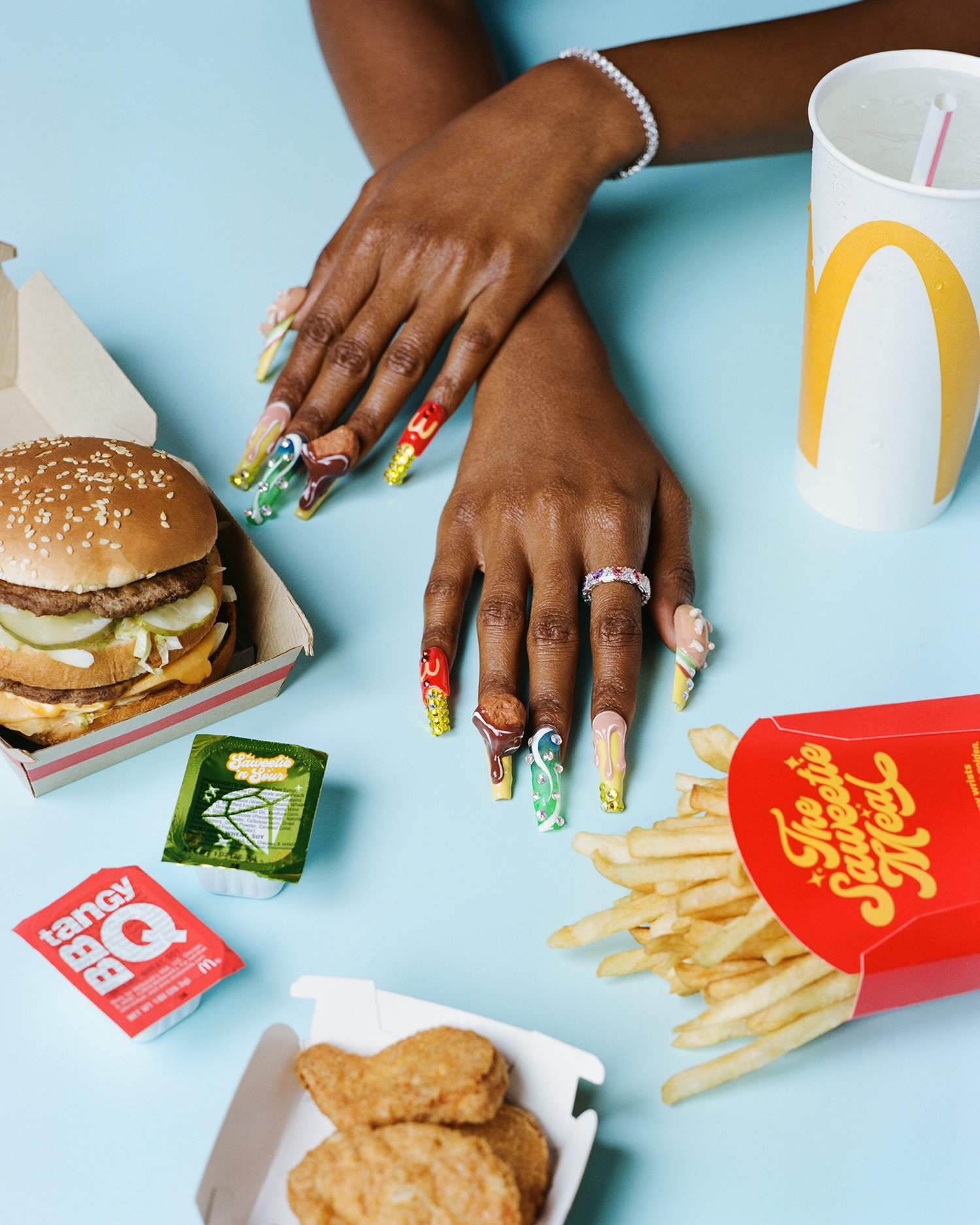 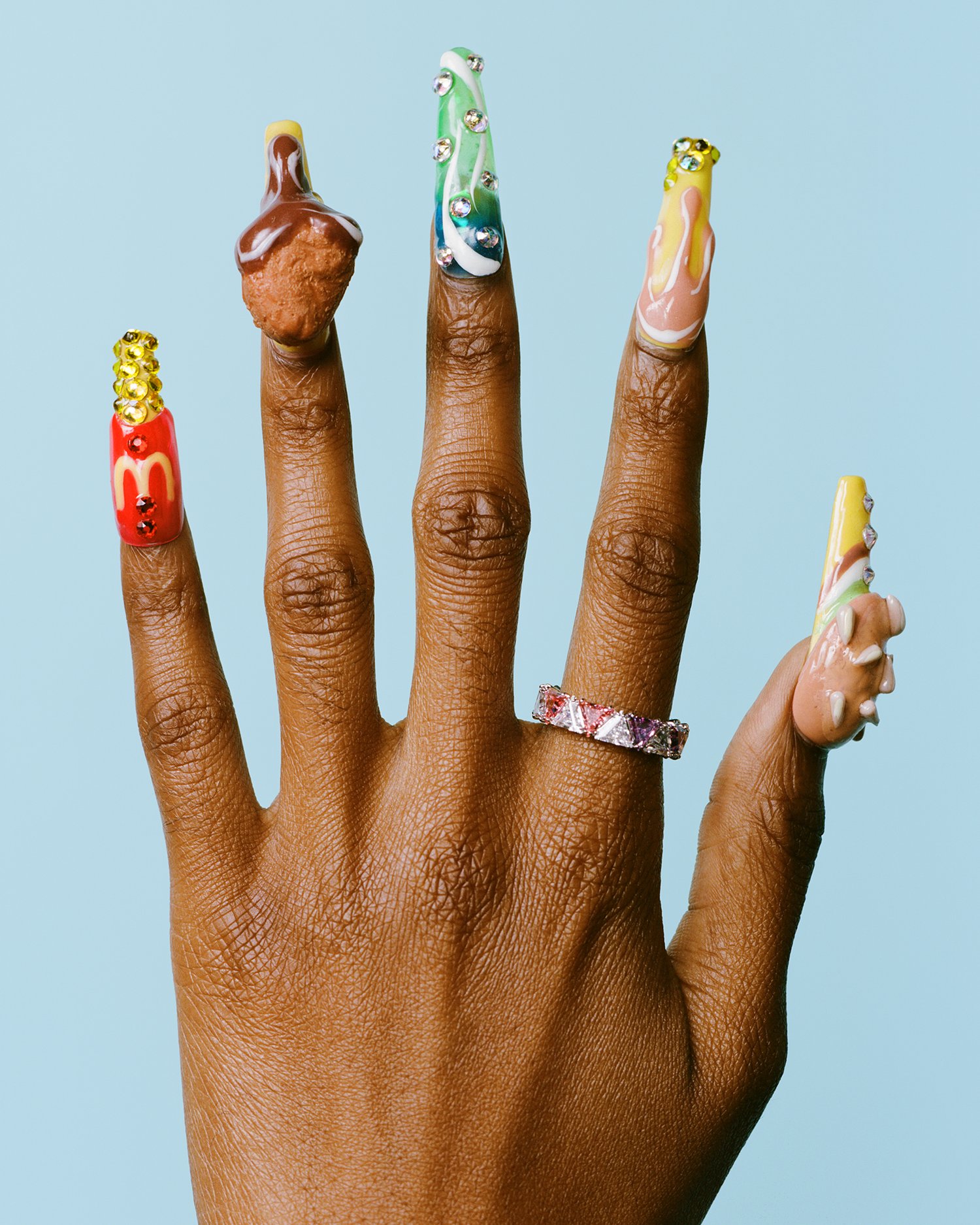 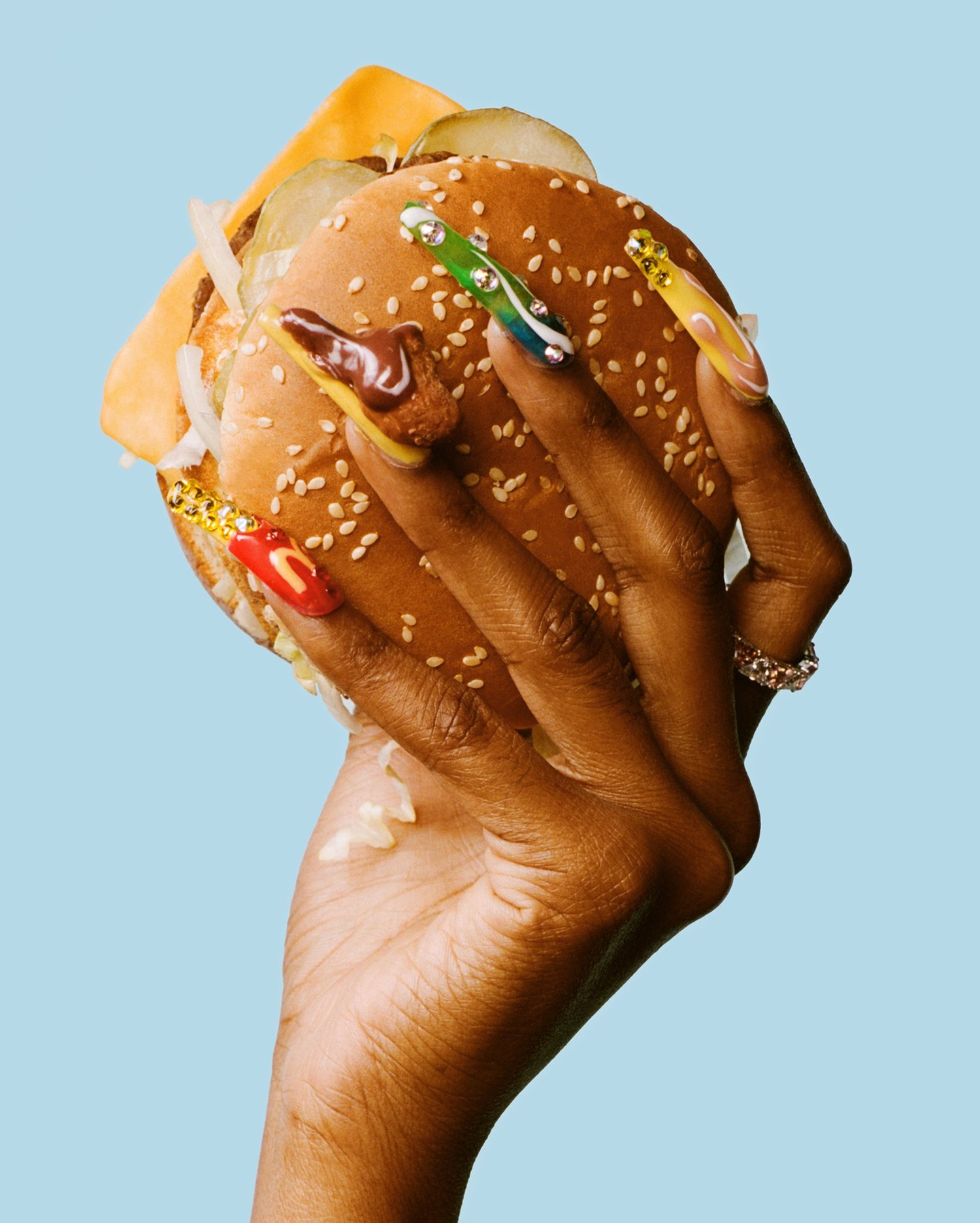 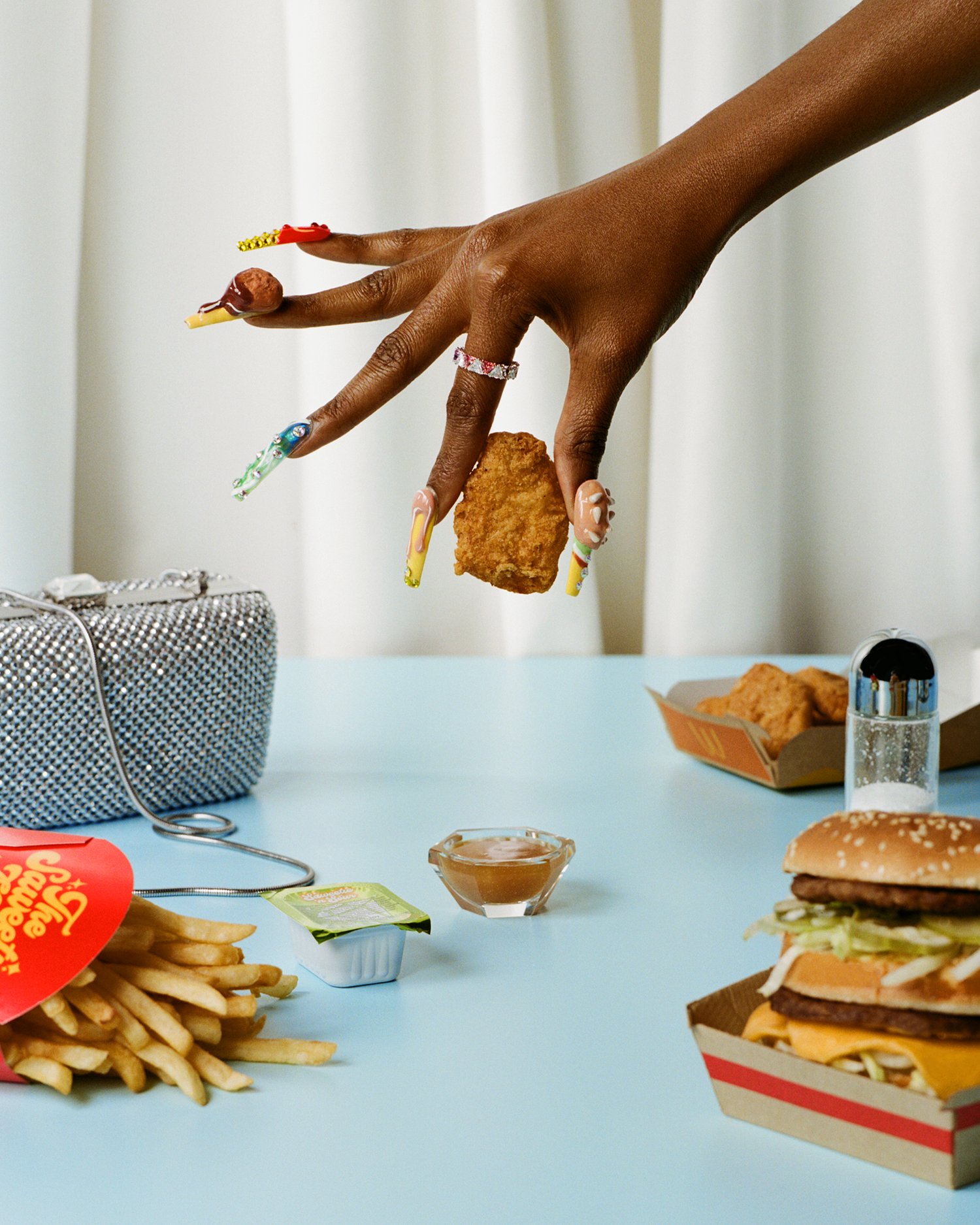 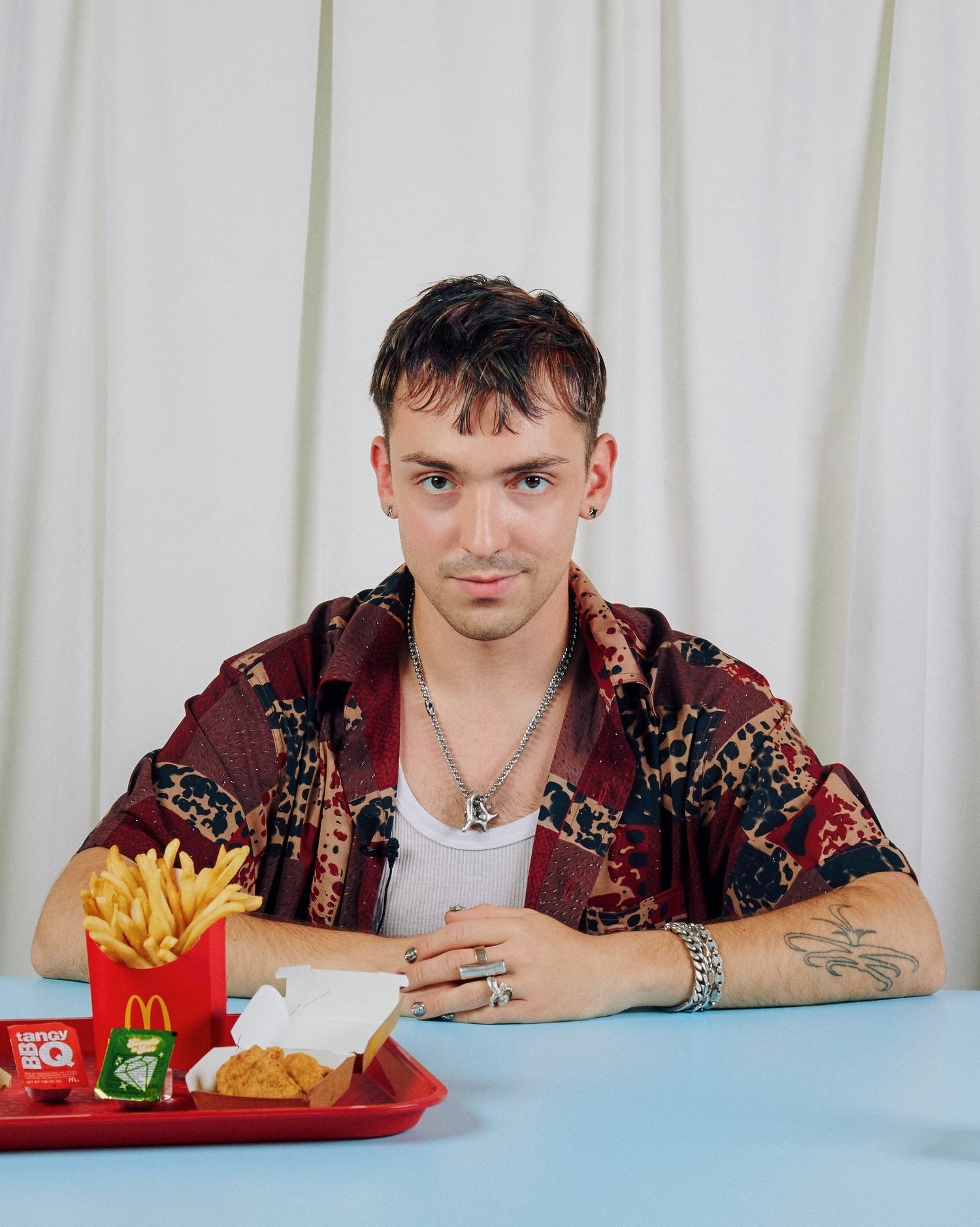 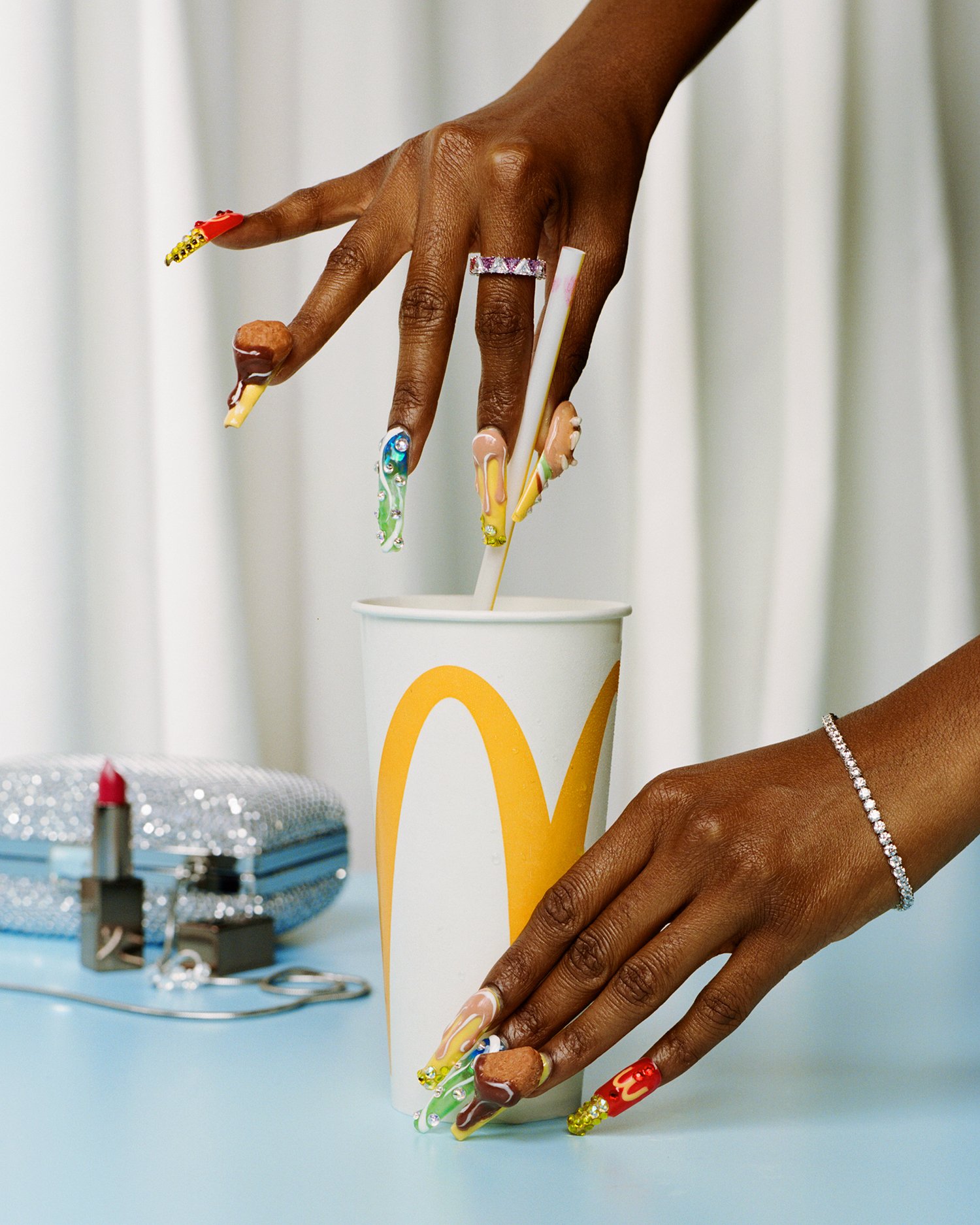