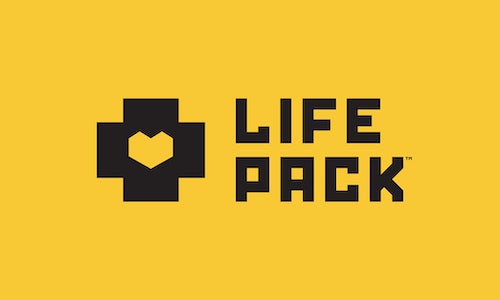 Today, malnutrition is the #1 killer of children globally. The good news is malnutrition is a problem with a solution - a 25¢ solution.  Ready-to-use therapeutic food (RUTF) made of fortified peanut butter and evaporated milk, given three times per day can bring a child back from the brink of death in 6 weeks.

hive created LifePack with the Eleanor Crook Foundation to breathe new life into this issue and engage new audiences, notably Gen Z, to be part of the solution. LifePack works with the video game industry, leveraging existing in-game transactions to raise money by allowing players to save REAL lives by doing what they already love -- gaming.

Malnutrition is responsible for half of all childhood deaths under age 5, killing a child every 11 seconds and leaving 50 million more at risk. As a result of COVID-19, we anticipate another 10 million kids could die if we don’t fix this preventable problem.

RUTF is a solution at our fingertips. Made of peanut butter and evaporated milk, RUTF is energy-dense, micronutrient-enriched, and easy for malnourished children to digest. Each RUTF contains 500 calories, requires no preparation or refrigeration, and costs only 25 cents. Three packs per day for six to eight weeks can bring a child back from the brink of death.

That’s where LifePack comes in: partnering with the videogame industry LifePack is an innovative new fundraising model that raises money and introduces this devastating issue  -- and more importantly, its solution -- to a new audience using a clear and easy call to action. LifePack seamlessly integrates fundraising for RUTF into video games via in-game transactions, putting the injustice of malnutrition in front of young people by meeting them where they already are.

We chose the videogame industry for two reasons: first, our target audience is made up of gamers. Over 73% of Gen Zers own a gaming console and 85% see gaming as an important part of their identity. They prioritize the issues of poverty and hunger when asked what issues companies should support. Our intent is to bring new changemakers into the nutrition sector.

Secondly, we saw the untapped fundraising potential in the gaming industry. In-game purchases are now part of most games. In fact, many games are free to play with the bulk of revenue generated from in-game transactions.  As such, LifePack was built to work across any genre, platform, and game. Video game partners can integrate LifePack microtransactions into gameplay with power-ups, badges, tokens, and extra lives -- any in-game purchase the creators feel is authentic. These game add-ons directly raise funds for the purchase and distribution of RUTF. With 100% of the funds raised through LifePack going to areas with the highest prevalence. LifePack’s first implementing partner is Action Against Hunger with a focus on East Africa.

We know malnutrition is preventable. We know how to solve it. LifePack seizes on the untapped potential of gaming for social good, creating a market where there was once none. LifePack is in its infancy, but if united, the gaming industry could help prevent the deaths of millions of children worldwide.

We introduced LifePack with a challenge – we wanted 10,000 plays of the game to raise enough money to provide 10,000 days of life-saving treatment in our first week of launch. We received great support to help get the word out from celebs like Jack Black, Aisha Tyler, Gordon Hayward, Laura Marano. And were able to hit the challenge goal within 26 hours.

On June 2, 2021, LifePack announced its first game partner, Tilting Point’sSpongeBob: Krusty Cook-off. LifePack was integrated into the $4.99 and $14.99 gem packs. For every purchase of a gem pack, $2.00/$5.00 would go directly to LifePack with 100% of the money raised directly purchasing lifesaving RUTF. LifePack increased sales of in-game bundles twofold for SpongeBob: Krusty Cook-off, and raised over 30,000 days of lifesaving treatment.

To capitalize on this momentum, we invited PUBG players to integrate LifePack into their streams on World Food Day, October 16, 2021. The pick-up was powerful, further proving that the model and brand resonates with the gaming community. 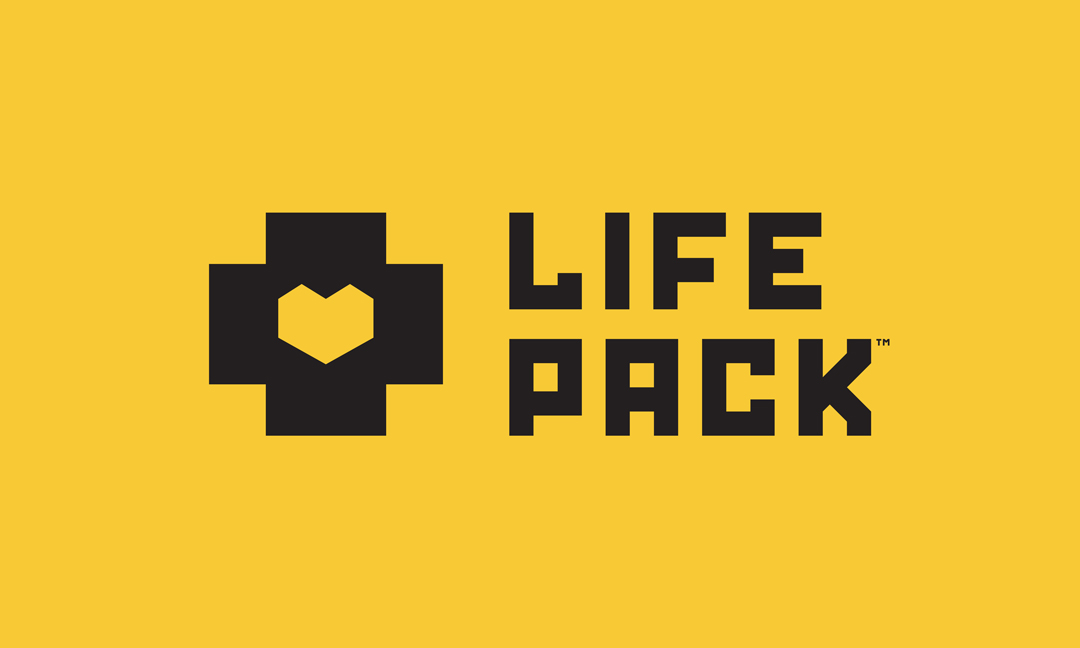 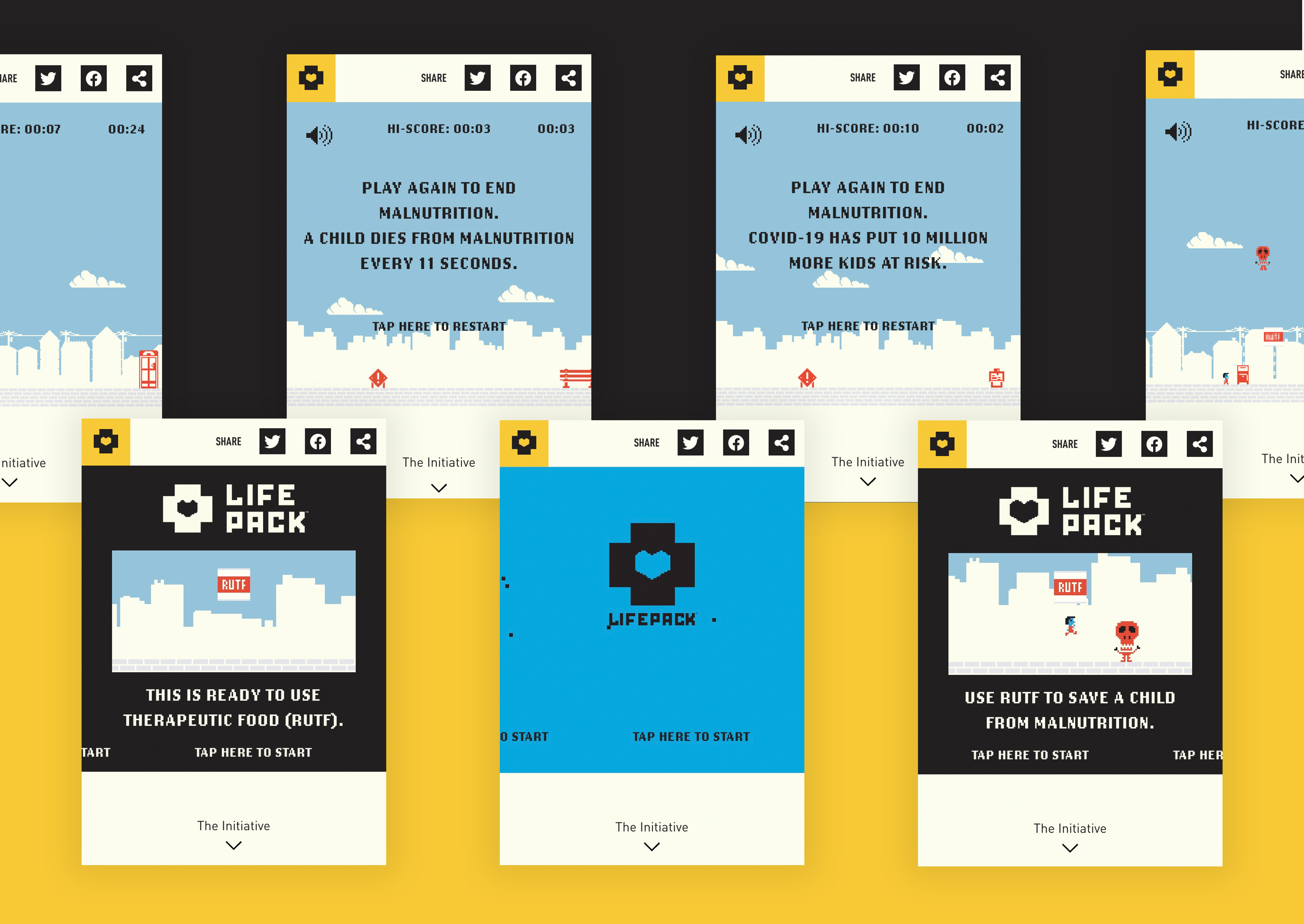 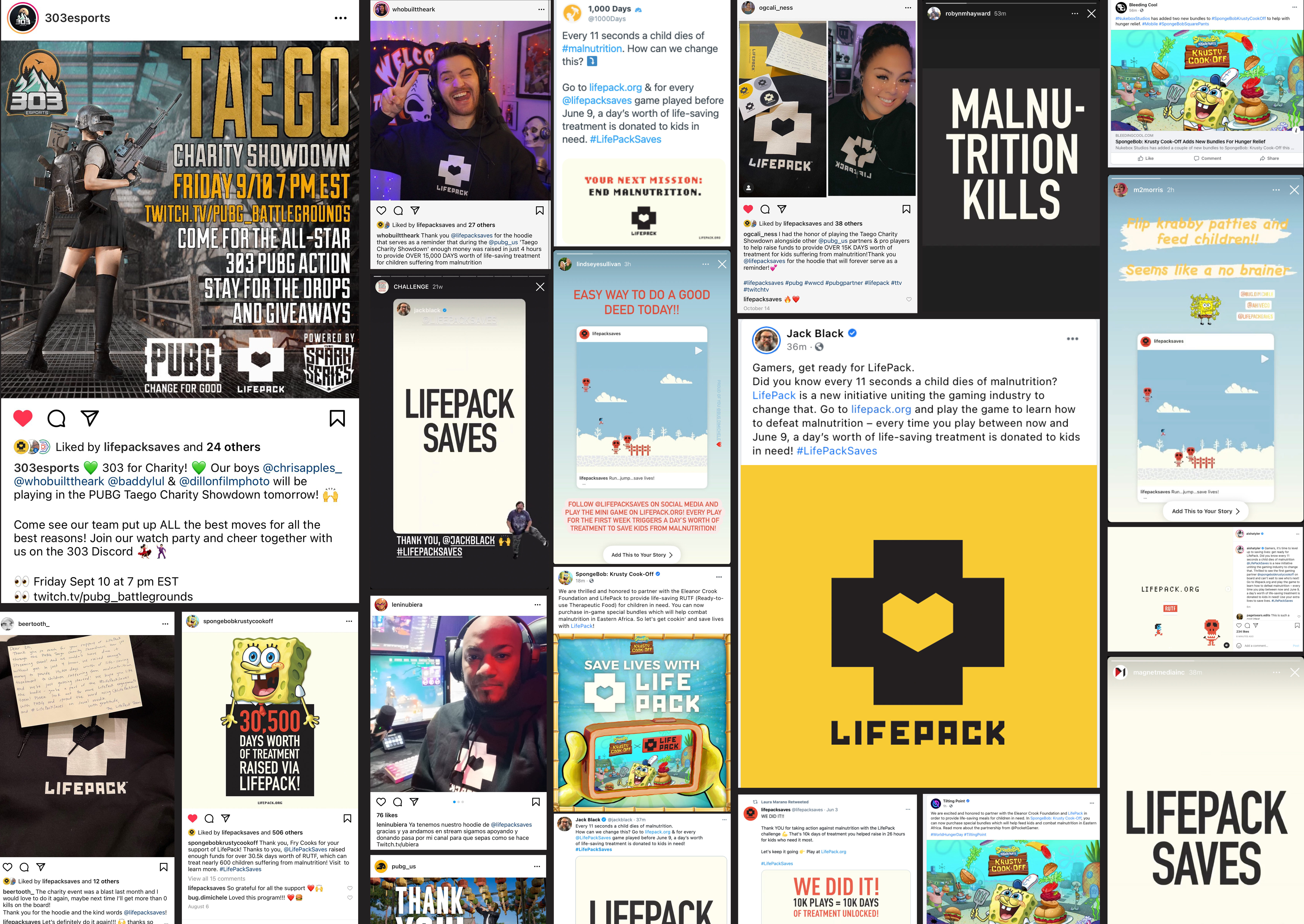 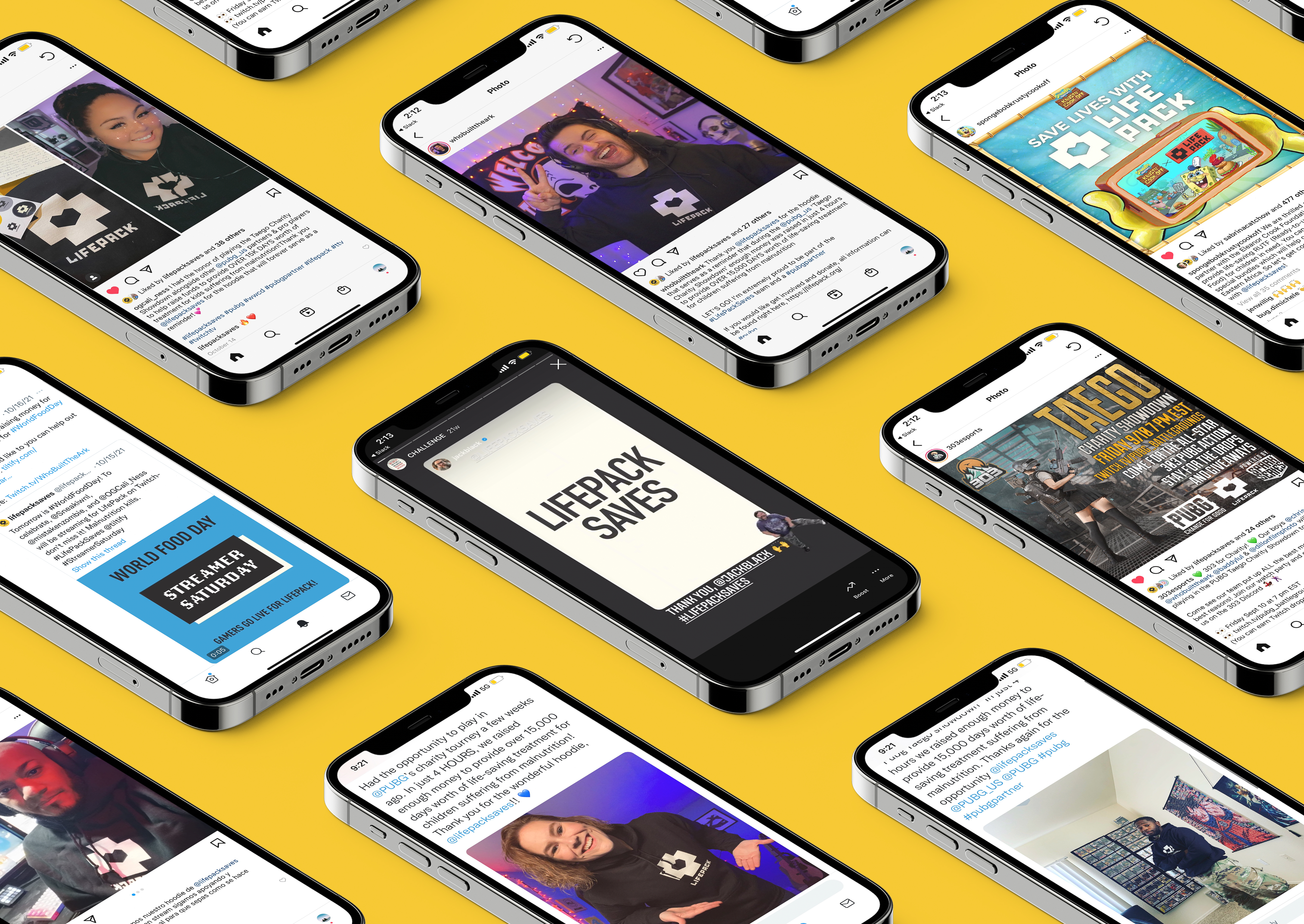