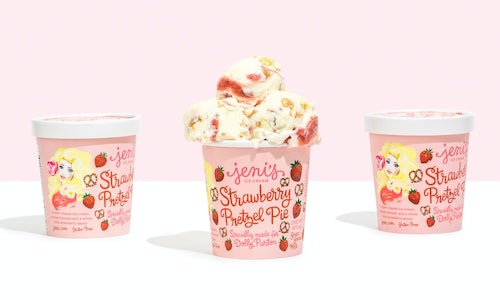 Industry insiders, food critics, and connoisseurs have long considered Jeni’s the gold standard of ice cream—if you know, you know—but only 2 out of every 10 people have experienced it. With a marketing budget that’s less than 1% of our annual revenue, but yet also national distribution, we need to find creative ways to drive awareness nationally while staying true to our brand mission and values, including not paying for celebrity endorsements.

Our partnership with Dolly was rooted in mutual admiration and shared values—she’s everything we hope to be as a company: an unstoppable force for good with the power to bring people together. And we knew that making a flavor together would contribute something meaningful to culture that people would WANT. Plus, have you listened to “Mule Skinner Blues” recently?!

Our objective for the campaign was to reach new audiences and increase brand awareness. And to add to the plus side of the equation while doing it.

Think of whatever technology in wave pools generates surfable waves. Now imagine that same mechanism, except for building buzz.

As an American icon with a career that spans more than 50 years, Dolly’s fanbase is so large and diverse it defies categorization. She's a great unifier—maybe the one thing everybody can still agree on? To take full advantage of the opportunity, we executed a four-week, pre-release campaign designed to generate widespread buzz and awareness of the collaboration that would crescendo at a fever pitch on release day.

The campaign began on Instagram with us teasing the collab, but not revealing our partner or the flavor, to drive speculative earned and shared media. The first post clued people in that we had something in the works, prompting people to share what their dream Jeni’s team-up would be, supplemented by IG stories that used stickers to pool responses and hinted at the answer with Easter-egg style content.

Meanwhile, two things were happening in the background: we were teasing the collaboration to select media contacts, with the tone of a leak or secret that required an embargo, which was enough to get media buzzing and excited to share the news once it was announced; and we were doing a round of conspiratorial outreach to a select group of TikTokers with more hints that extended the buzz beyond the reach of our own channels.

Next, in a slow, disciplined tease, we stretched out a series of nine, no-context, in-feed posts over the course of a week, and as fans followed along, the social conversation increased in size and volume: Who is Jeni’s next collaboration with and what is the flavor?? The final post completed the mosaic revealing an illustration of Dolly that would eventually appear across all creative for the campaign. Included in the reveal was messaging that the collaboration would benefit Dolly’s Imagination Library, her nonprofit that gifts books to children ages 5 and under.

To amplify the announcement of the collaboration and, later, the flavor, we leveraged relationships with media and the buzz generated on social to secure coverage in top-tier outlets. Aside from the select media contacts who were given the partnership and flavor information under embargo in advance, the rest of the fanbase and media contacts were left with only the social teasers to try and piece the clues together.

From there, we fanned the flames with 150+ friends-and-family shipments to celebrities and influencers, further amplifying the reach of the campaign. And then, finally, to commemorate the moment, the week of the flavor drop, we released a limited-edition Strawberry Pretzel Pie poster made by Nashville’s historic letterpress shop, Hatch Show Print, which sold out almost immediately.

Our share of voice among key competitors was 78%, beating our next closest core competitor by 67%. High-priority media placements included Rolling Stone, Billboard, and PEOPLE, with additional broadcast, morning, and late show mentions from The Today Show and The Late Show with Steven Colbert.

We had our highest online sales day ever in just the first four minutes of the drop until our website crashed from the traffic (which generated a third round of coverage with “Jeni’s broke the internet” headlines), and then we beat that record a little later when we pre-sold a second run to make up for the website crash. Customer were lined up at every Jeni's scoop shop across the country before open and the flavor sold out nationwide in under 3 hours. On eBay, resellers were listing pints for $1,000 and copies of the print piece that came with online orders of the flavor were being listed for $50. No joke, it was harder to get a Strawberry Pretzel Pie pint than it was to line up a vaccine shot—and, if you recall, vaccine shots, at that point, were very hard to find. 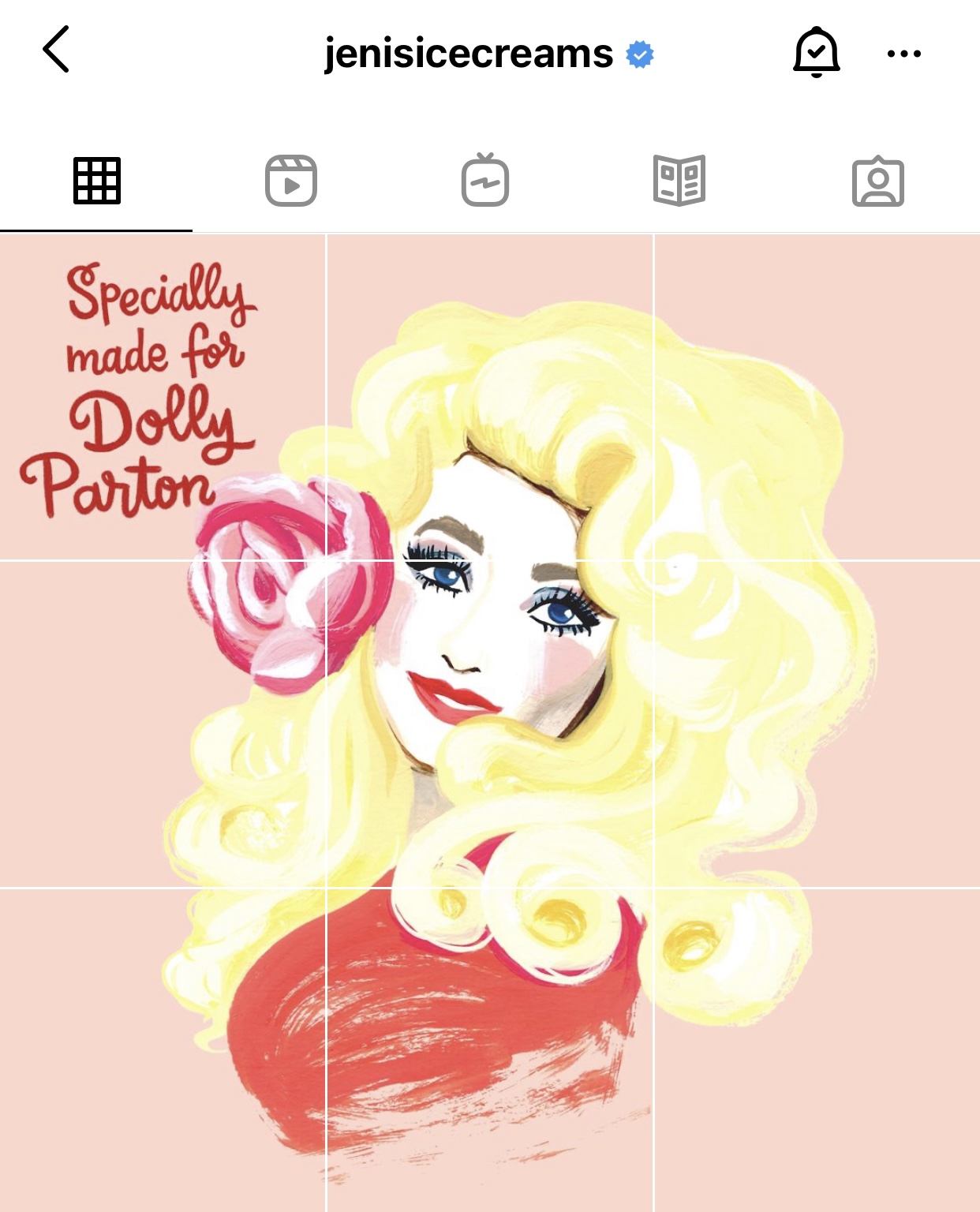 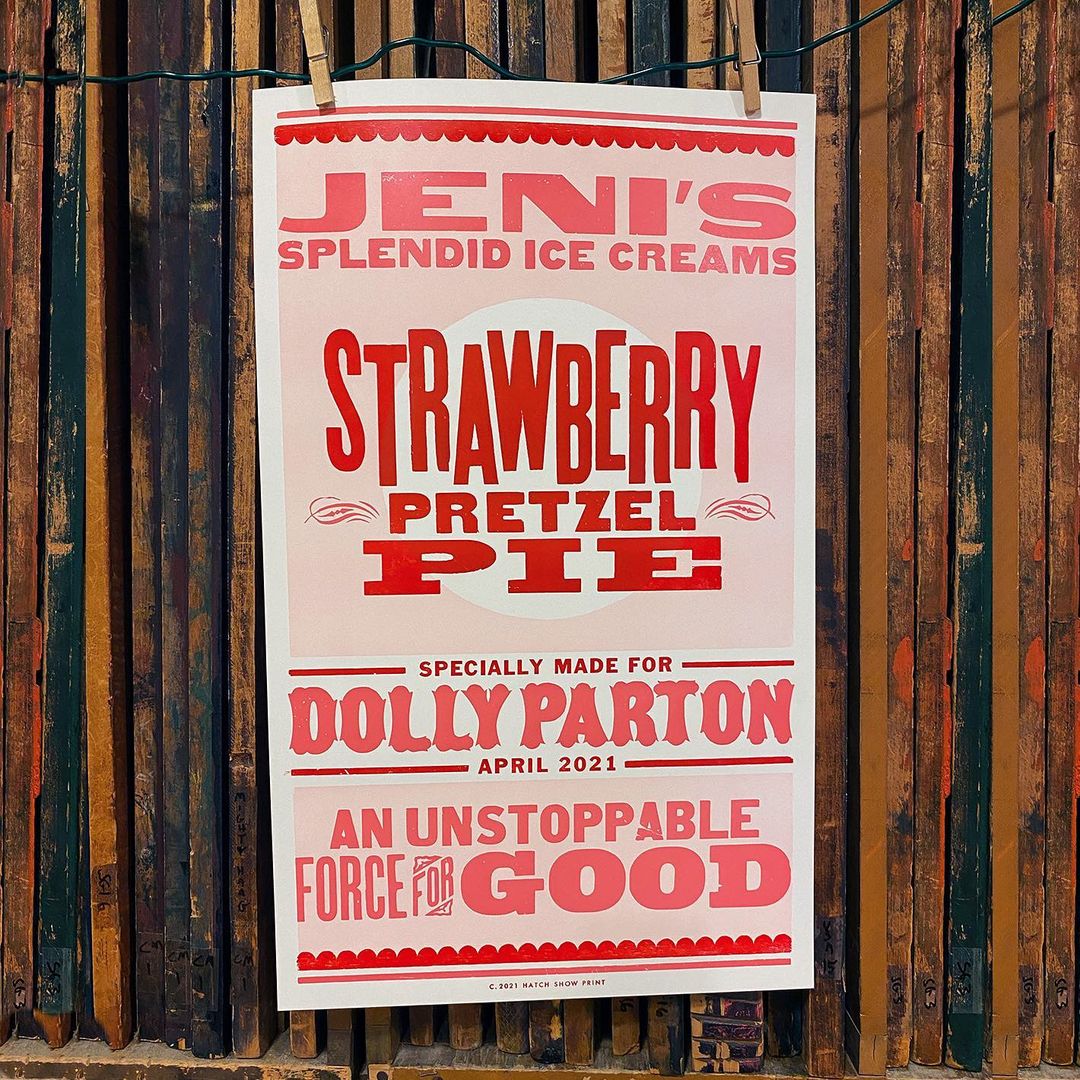 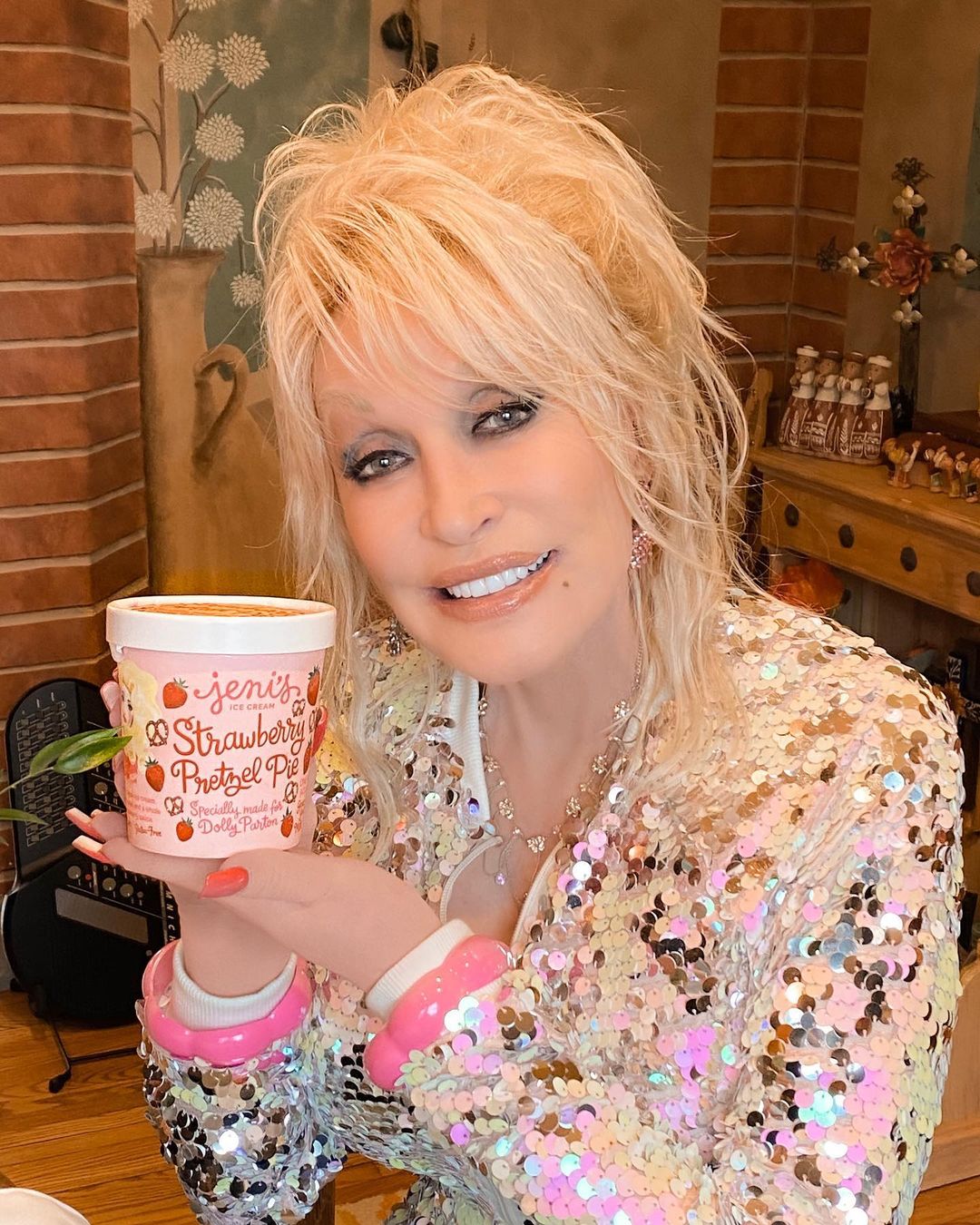 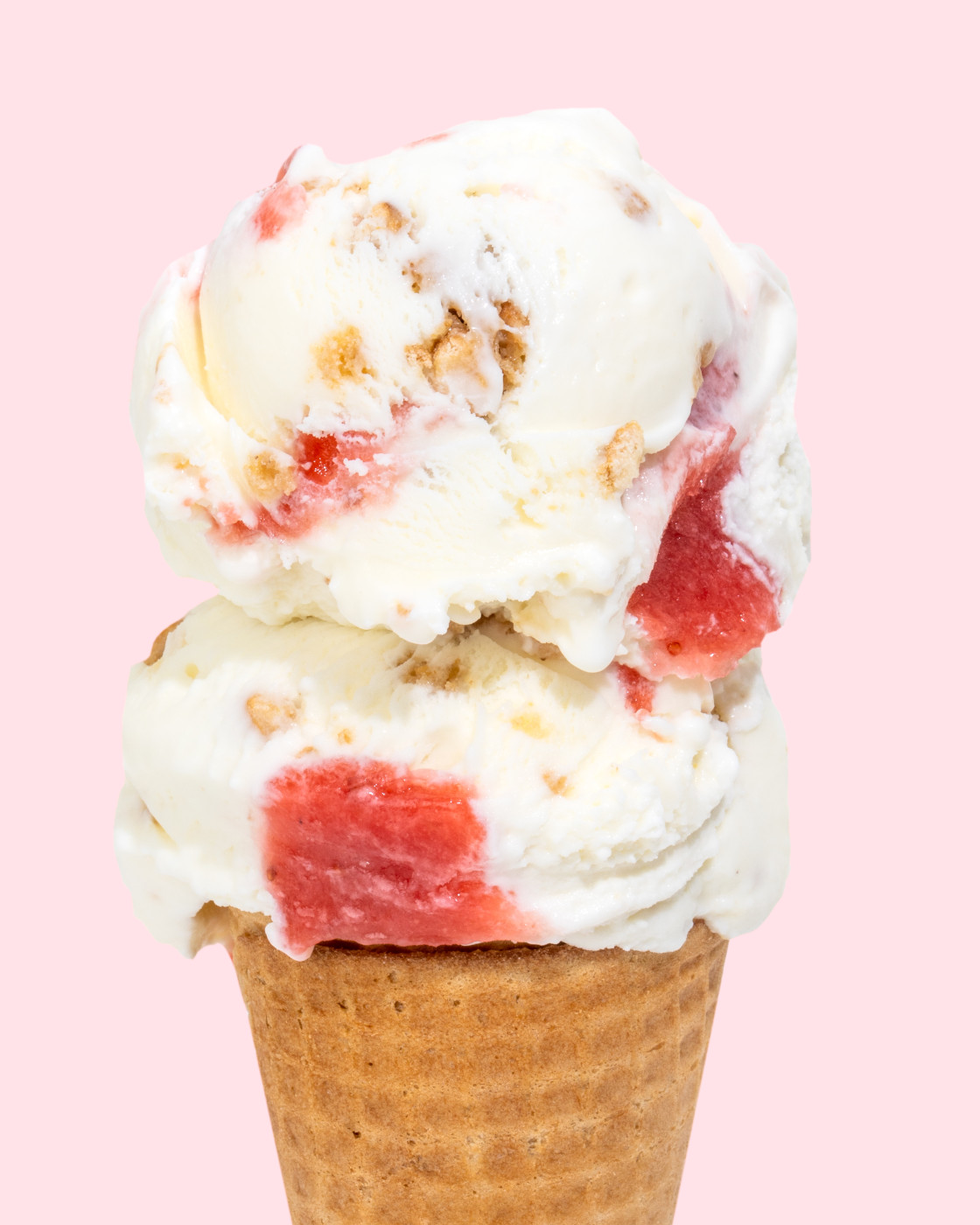 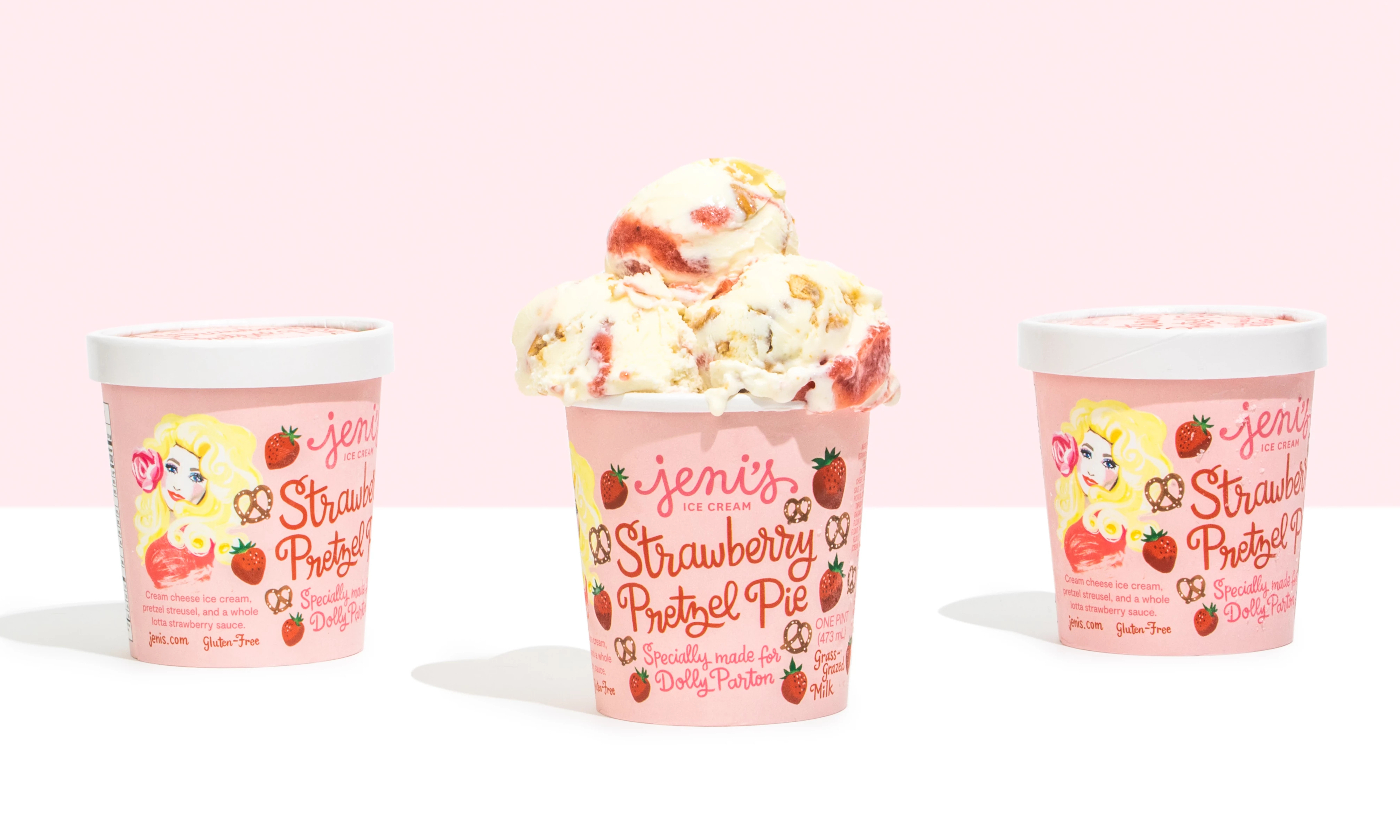 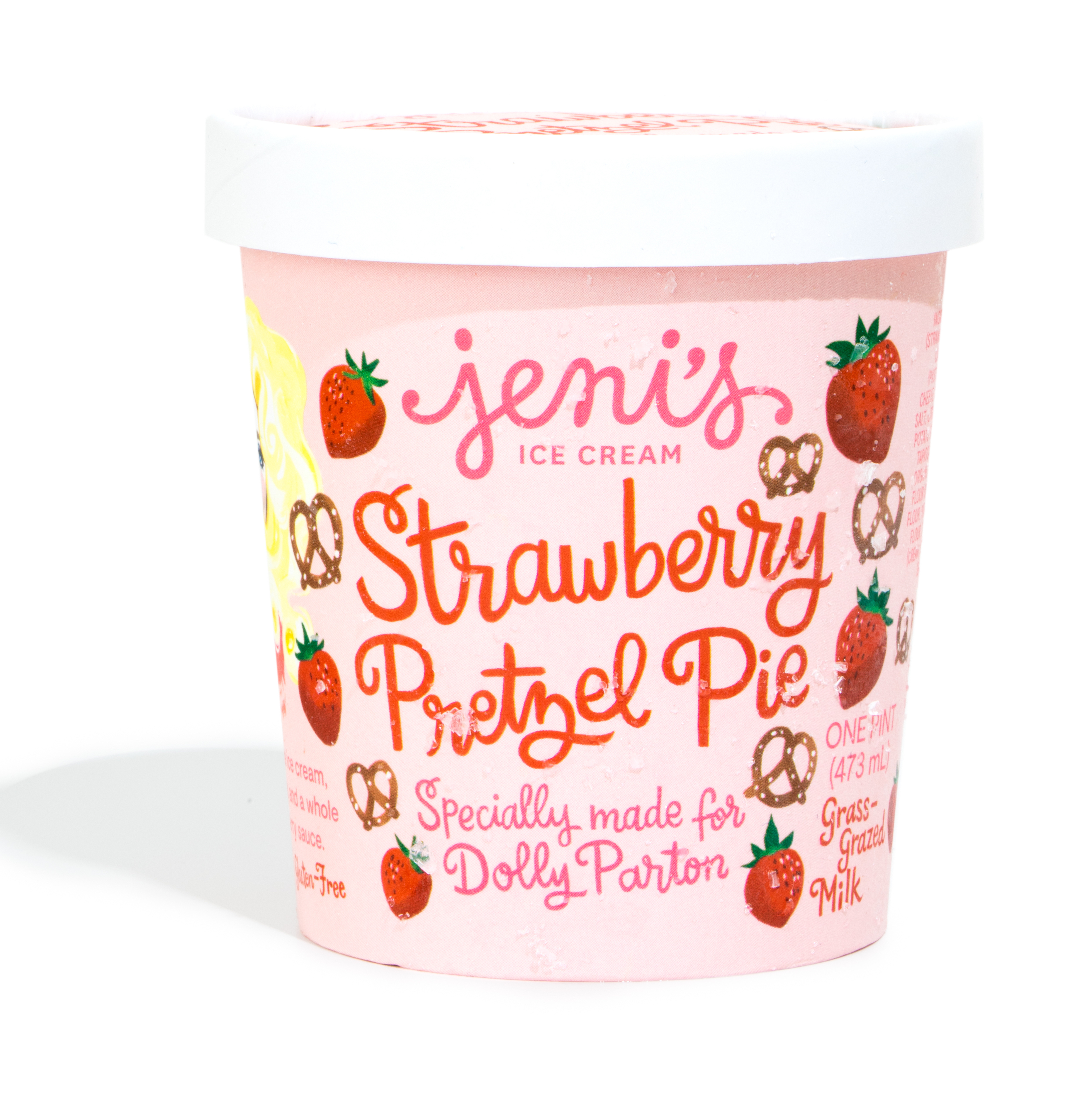